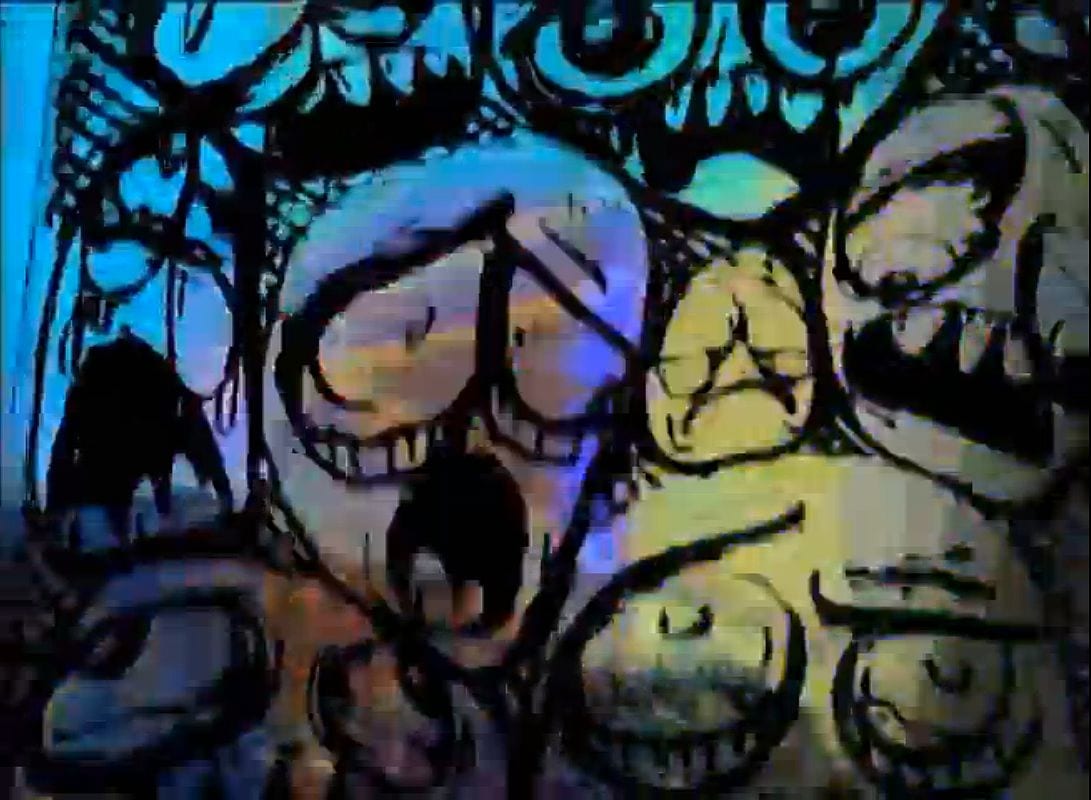 Released earlier this month on New York based imprint Styles Upon Styles, Gut Nose‘s ‘Filthy City‘ is a “delightfully idiosyncratic entity and one that makes you turn inward with shame as you realise how unusual it is to sit through an album end to end in one sitting”. Rather easy to imagine how much of a challenge it was to capture that peculiar, patchwork-like structure and atmosphere visually as the album is in fact composed as a double-sided ensemble of sonic mutations and experimentations in a cassette Side A and B style.

Director Preston Spurlock certainly found in Gut Nose’s mishmash of genres and sonic intricate structures the perfect matter to accompany his visual explorations and vice-versa. The result is a 17 minute-long psychedelic mixtape, successively superimposing cartoons-bits and saturated images “sourced from a variety of different media, including flash animation, illustrations, stop motion, home videos, super 8, 16mm, VHS, scratch-on-film, video synthesizer, and kinescopes”. But Spurlock sums it up very well himself so here is what the man has to say about his Filthy City piece:

“The video for Filthy City is a visual mixtape that follows an imagined narrative of New York City as an abandoned, haunted wasteland. Though traces of life still remain in the margins, hiding from the specters and wraiths that have since overrun the city’s windswept streets, humanity has all but vanished. What’s left of life appears warped and mutated from years underground amid the darkness and the toxic runoff. Filthy City explores the natural tendency of humankind to propagate, the ghosts’ merciless destruction of the newborns, and the patience of our kind to fight the darkness with the hopes for eventual prosper.”

Gut Nose ‘Filthy City’ is out now on Styles Upon Styles, order a vinyl copy at Boomkat.