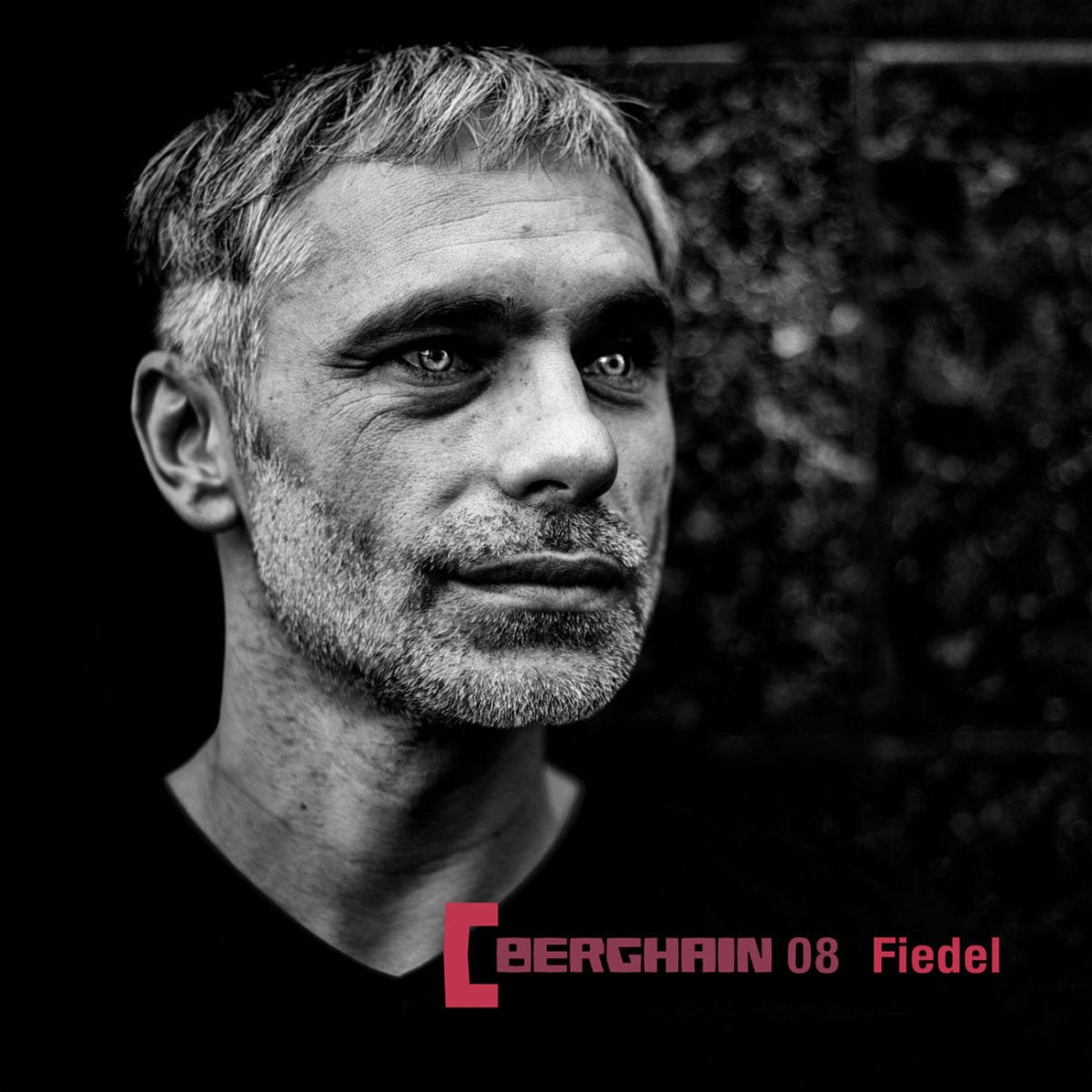 Fiedel has been a resident at Berghain since the club opened in 2004, following a three year residency at the clubs predecessor Ostgut. Self-releasing through his own imprints Fiedelone and Fiedeltwo, he’s also collaborated with Errorsmith as one half of production duo MMM.

He is also heavily associated with the Berlin based record store and distributor Hard Wax, landing a job at the shop in 1998, and despite not working there now he still remains connected through the world famous Killasan sound system –  responsible for all maintenance as well as the main point of call to decide if you’re event makes the cut to rent the set up. A job which he’s held since they brought over the soundsystem from Japan in 2001.

Fiedel’s live mix is a 140-minute recording taken from a Berghain Klubnacht late last year. The 37-track mix features a varied roster of artists including Robert Hood, Steffi, DJ Hell, Errorsmith, Marcel Dettmann, Dopplereffekt and Hodge. Below you can read an extract of how Fiedel recorded the mix:

When I was asked to do the next Berghain mix I didn’t hesitate and had an idea in mind immediately. I contacted artists I know personally and whom I liked because of their music or who played an important role in my musical career.

It was obvious for me that I wanted to feature different styles and show my passion for some funkiness in the music. I wanted also to record it in one take, playing all vinyl to obtain a certain sound and to have the same familiar handling while mixing. Tracks that weren’t available on vinyl by that time I cut to dub plates, so I could integrate them into my preferred workflow.

Thinking further about the feeling that I wanted to reach in the final mix, I extended my idea to record it live at Berghain during a Klubnacht. In this way it was possible to communicate with the audience throughout the whole session and get their feedback not only in terms of wowing, but getting a signal back from the dancefloor which I think is a necessary condition for a DJ.

I placed a microphone in the club to record the reactions of the audience and to get some live atmosphere. When recording was done, I finalised the mix with a very few volume adjustments and mixed the atmosphere into it occasionally. Having done the process like this, I reached all the goals I wanted to: a mix that features the music that I like and that also captured the spirit of the moment of creating it.

Berghain 08 is available to download and stream for free here. Four exclusive tracks from the mix are also available on a 12″ sampler, which you can buy from Ostgut Ton.

Disocver more about Fiedel and Ostgut Ton on Inverted Audio.