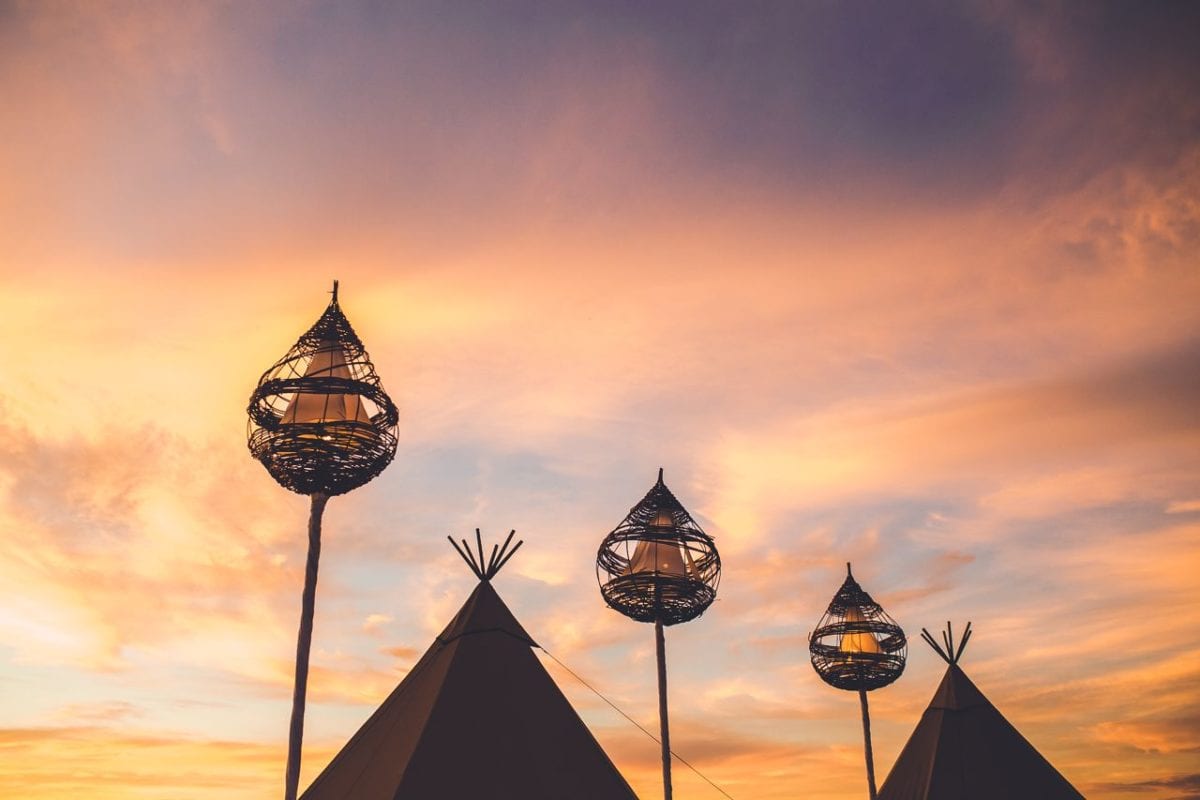 Five months have elapsed since we hosted the debut edition of the Campfire Headphase stage at Farr Festival 2017 and boy do we miss the vibes felt and shared in that tent. Fortunately we captured on tape some of the key performances that took place at the stage.

First up we unearthed this chugging DJ set from Trilogy Tapes affiliate and Livejam Records co-founder John Swing slinging vinyl on the 1’s and 2’s before US-based leftfield and ambient maestro Huerco S. stepped up to present a live performance of his forthcoming album.

To set the scene, imagine an idyllic coral sunset descending upon the woods with everyone in awe of it, buzzing with excitement for the times ahead and eager to let the vibrations flow unhindered. With our stellar cast of ambient, downtempo and experimental artists in check, Campfire Headphase was all set for a night of trailblazing heat.

Helping us remember this moment of grace through a different glass, we caught up with John for a quick post-festival Q&A as he opens up on the preparation and delivery of his smooth vibin’ DJ set.

First of all, big thanks for coming down to the debut edition of Campfire Headphase at Farr Festival 2017 – Please can you tell us about your first impressions of the stage and the environment that Farr Festival was situated in?

It was a real pleasure performing at the Inverted Audio stage at Farr Festival! I have to say that as soon as I saw Campfire Headphase stage I was very happy with it being situated separately from the rest of the main stages. I had the feeling that it was something different inside the festival. It definitely had a cozy and intimate vibe.

Before arriving at the festival did you plan your set at all – selecting particular records to play?

Of course, I was opening an ambient and experimental stage, which is something that doesn’t happen so frequently for me, so I had to do a different record selection than usual.

Obviously I planned on keeping some grooves in between the ambient and jazz records, but by the time I started the crowd was pretty hyped as the guys playing before were really pushing it. I choose to please the crowd that still had loads of energy to give.

Your set had plenty of Moodymann thrown in for good measure, the dance floor was packed out! – Now that you’ve had a few months to reflect, how did you think your set was received by the crowd?

I think it worked out quite well. I tried to go on a different journey compared to what I usually do in a club environment. I definitely felt free to play whatever I wanted, which is the best feeling you can get as a DJ.

What do you think we could improve on for next years edition of Campfire Headphase?

I’m a sound boy so you can expect me to say that the sound system is never enough… more bass is always welcome!