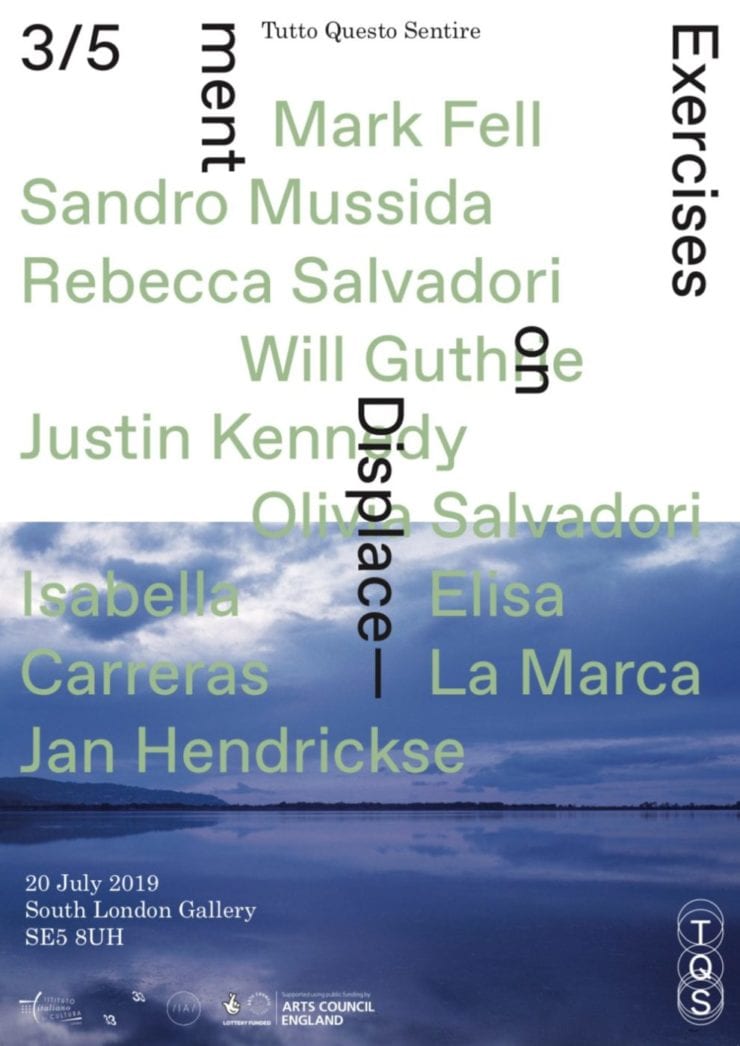 On Saturday 20 July, the third edition of Exercises on Displacement will take place at the South London Gallery within the intimate setting of the Clore Studio and Orozco Garden.

Mark Fell will present a never before seen interpretation of his performance installation ‘Parallelling‘ – appropriately named ‘Parallelling’#2′ – featuring dancer Justin Kennedy interacting with drummer Will Guthrie and flutist Jan Hendrickse. Watch the video below to get an idea of what to expect.

This is the third iteration of the five-part series, curated by Tutto Questo Sentire, an artist-run platform that brings together a group of international researchers to reflect and explore their own personal practices in relation to the experience of sound.

Exercises on Displacement is co-produced by Thirty Three Thirty Three and is supported by the Italian Institute of Culture. Inverted Audio is an official media partner and we will be sharing further details as the year and events progress.