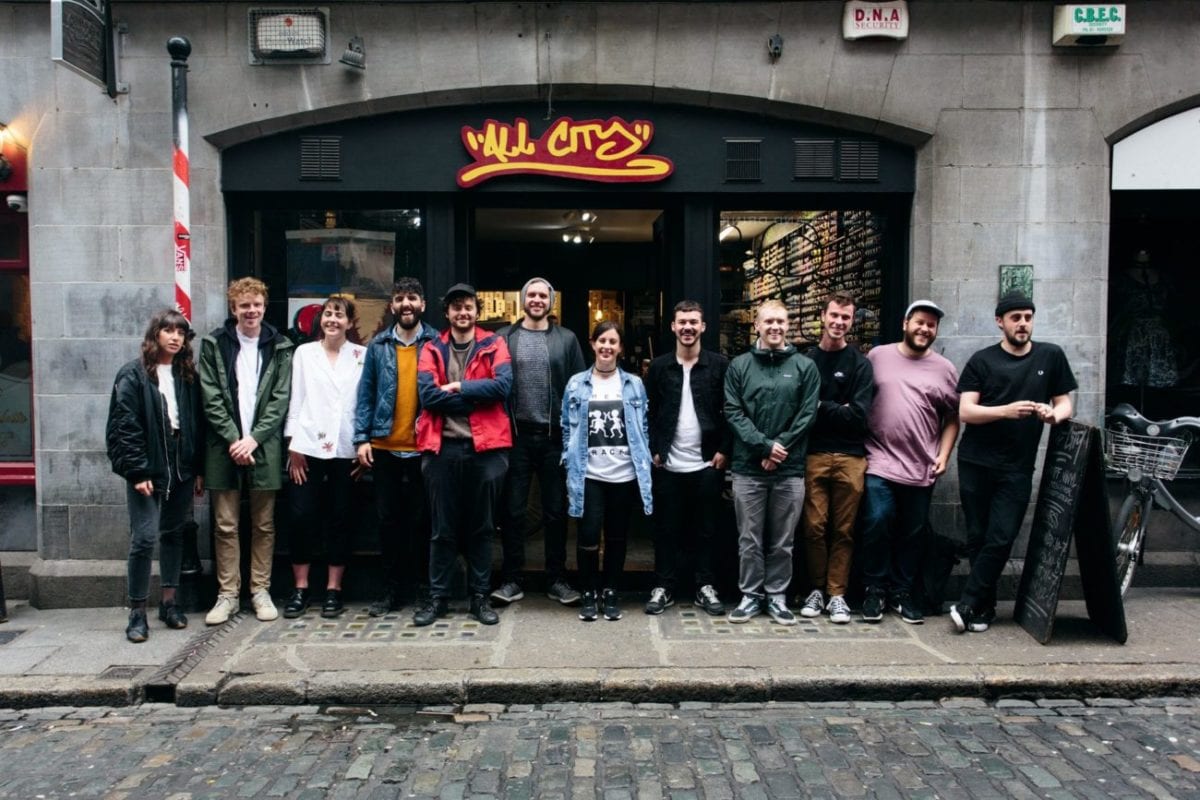 Today we’re glad to unveil a brand new concept and introduce you to a fresh collection of podcasts with the ‘100%’ series. Aimed to feature an array of mixes from labels we support and shed a broader light on the depth of their catalogue, we’re glad to kick off the series with a choice mix from our good pals from Dublin’s Jheri Tracks, the more club-oriented side of All City.

With a triple compilation and a sexy tape release just out in all good record stores, the past two months have been busy for the Irish crew but they found the time to tape this 45-minute podcast in between two shifts at the shop, exclusively composed of tracks from the label – which is another condition to the series. Press play, put on your reading glasses, make yourself a coffee and read our interview with the masterminds Olan, Daire and Dean down below. 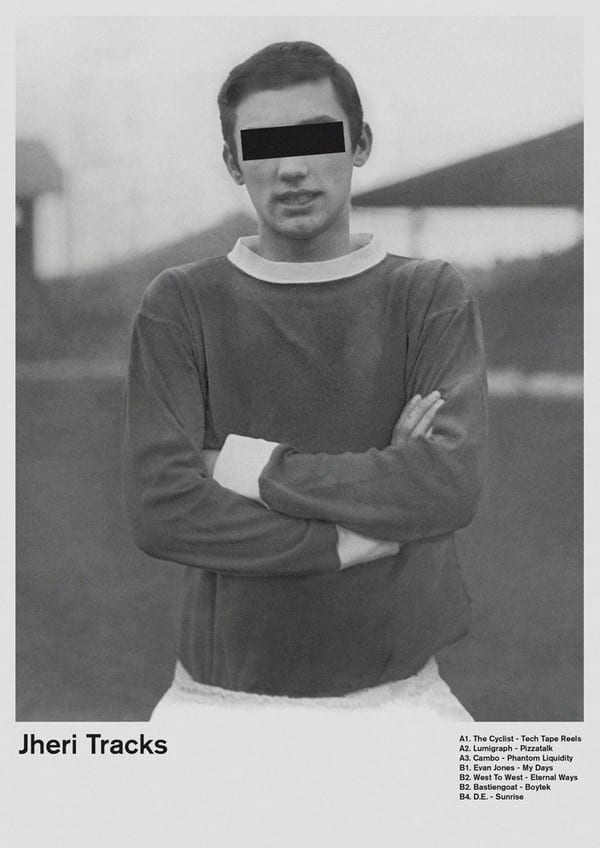 That’s a dope little mix you recorded for us, thanks for that! When and how was it recorded?

Dean and I (Daire) sat down and put together a list of stuff that would go best into each other from the upcoming compilation. A lot of the material is from the forthcoming cassette too as the records are already out more or less so be nice for people to hear some fresh stuff. It was recorded in the new All City studio that should be opening soon.

Jheri Tracks is technically speaking a subdivision of All City but it seems to have grown into quite an independent mini structure into the big one. What’s been the starting point to the JT project?

All City started getting a bit all over the shop in terms of musical release styles. We started getting a bit confused. Jheri Tracks gave us the chance to kind of separate the more electronic dance floor orientated releases into a single label with its own identity, it also opened paths to work with new people who may not have fit before. Was also a nice way to start fresh.

How does the label function basically? Who’s in charge?

Controversial question that (laughs)… We pretty much all search for music and have our own individual roles. Dean has definitely found a lot of the stuff we have put out so far. Olan and myself kinda fronted up the visual aesthetic at first but we have gotten some great contributions the last while from people like Mel Keane, who did the new Tee and Tape, as well as Aidan Moore who designed the three parts of the compilation. 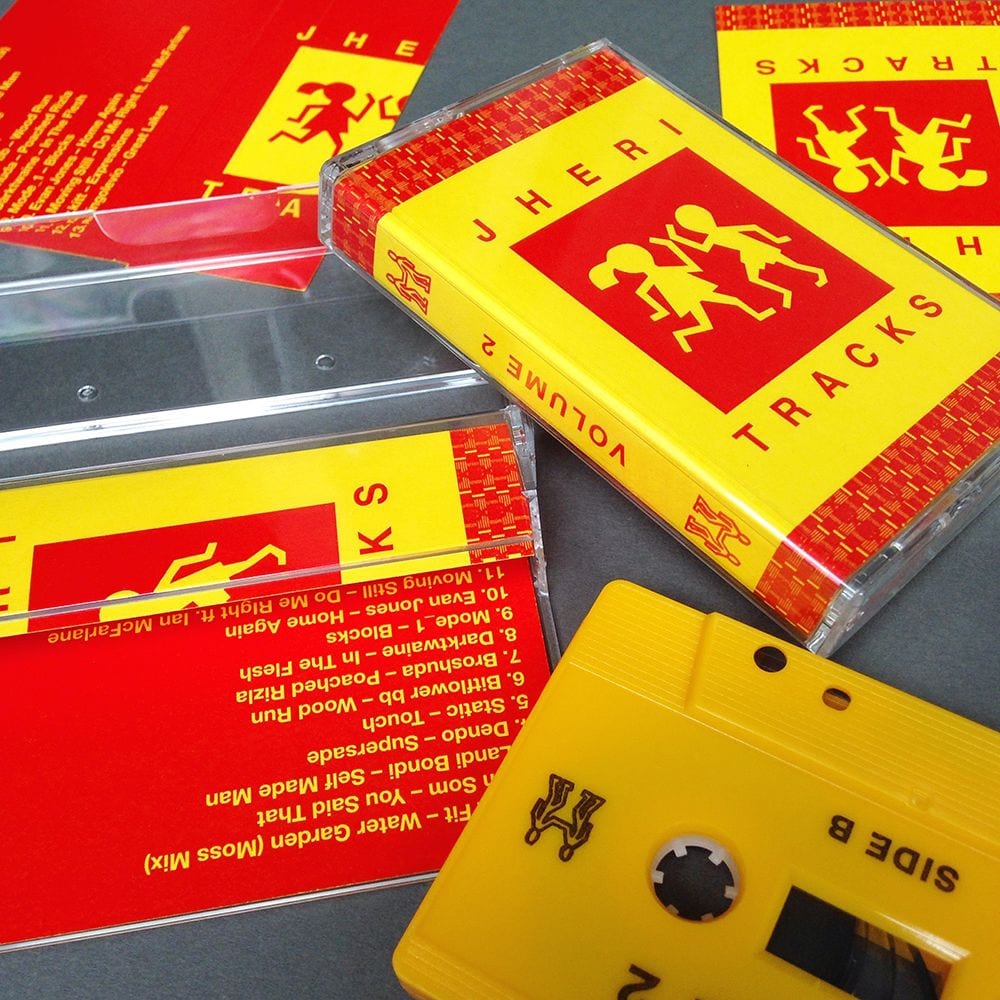 Jheri has been alive for just over a year. How do you judge this first season in the “market” of indie labels? Has it been tough to make a niche for the label?

We run a shop, so we are well aware about how packed the marketplace is at present, one good thing about this is we have realistic expectations. We keep our presses limited and I think that’s why our focus was on giving Jheri a strong visual aesthetic and trying to give the releases a timeless factor.

Well it’s a follow up to the compilation we put out as the first release. Originally Jheri was gonna just be a small project with a compilation on a minidisk but we ended up doing the 12″ sampler too with The Cyclist, Cambo, John Daly’s West To West, Evan Jones, Bastiengoat and Lumigraph. The Vol.2 comp is spread across four parts; 3×12’s and a tape cassette, not forgetting the super limited Tee.

The three 12″ present a good lot of local figures and regulars but also a few new faces to the label… How did you proceed as for the artists selection?

The comp is mainly Irish up-and-comings like LMM, Cailin, Sage, Soft Stone, Dream Cycles, Em-Som alongside some heads who have been around a bit longer like Lumigraph, DJ Bong Gosling and Sias. We also got some tracks from all over in there too from the likes of Herron, Machine Woman, Duckett, Cambo, Soft Fit and Tyler Ambrious. 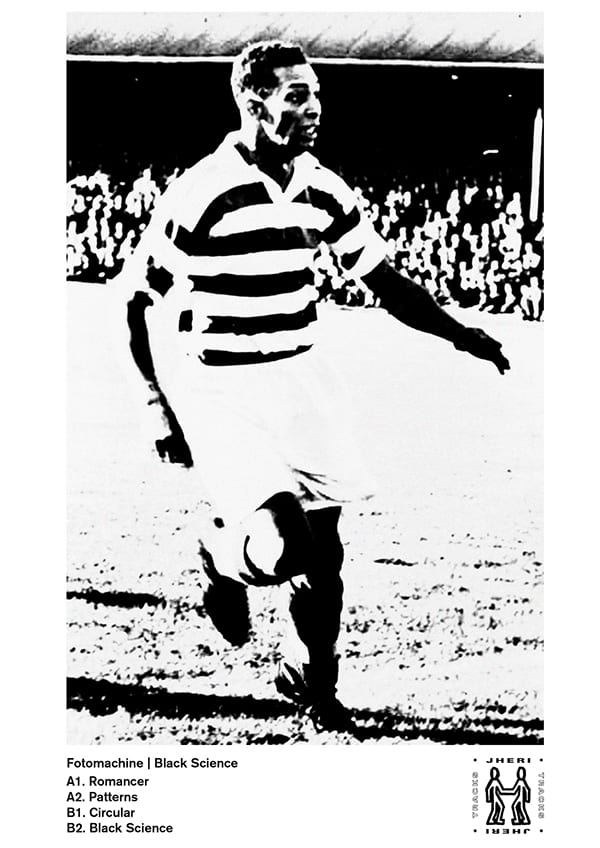 What’s hot in Dublin right now? What spot(s) should we visit the next time we come around?

A lot happening all over, a lot of crews doing some great things release wise; Major Problems, The Winos, Lunar Disko, the Repeater guys. In terms of venues though, it has become very limited but as a result people and crews are forced to become more creative with where they’re throwing their parties. But regardless there genuinely tends to be always something on every weekend.

Dublin may not be the most talked-about city in Europe when it comes to electronic music, but it’s clearly turned into one of the most intriguing hives of new talents in the EU underground scene. Being at the core of it all, what would you say makes this emulation so efficient?

I think it has to do with a generation of guys and girls who have matured in their creativity and found a voice in themselves. This along with a new number of platforms which allows all these people to get their stuff out and heard and, importantly, to meet the people around them who are also doing interesting things and encouraging, and pushing one another. One big platform that has come along in the last couple years is the Open Ear Festival that takes place on Sherkin Island which features a weekend line up of Irish only musicians and DJs.

We’re already halfway through 2017, how’s your schedule looking for the rest of the year? What can we wish you for the future?

This comp marks the end of the first phase for the label. We’ve tried to make it a bit of a document of the Dublin scene at present. We intend to flip it a bit going forward. Until then we have a new sub label with the PEAR crew, theres a tonne of All City stuff including some archival Irish releases, Daire has some new First Second Label coming before the end of the year plus Dean has a project coming too… Quite a lot on the boil at the mo!

Discover more about Jheri Tracks and All City Records on Inverted Audio.