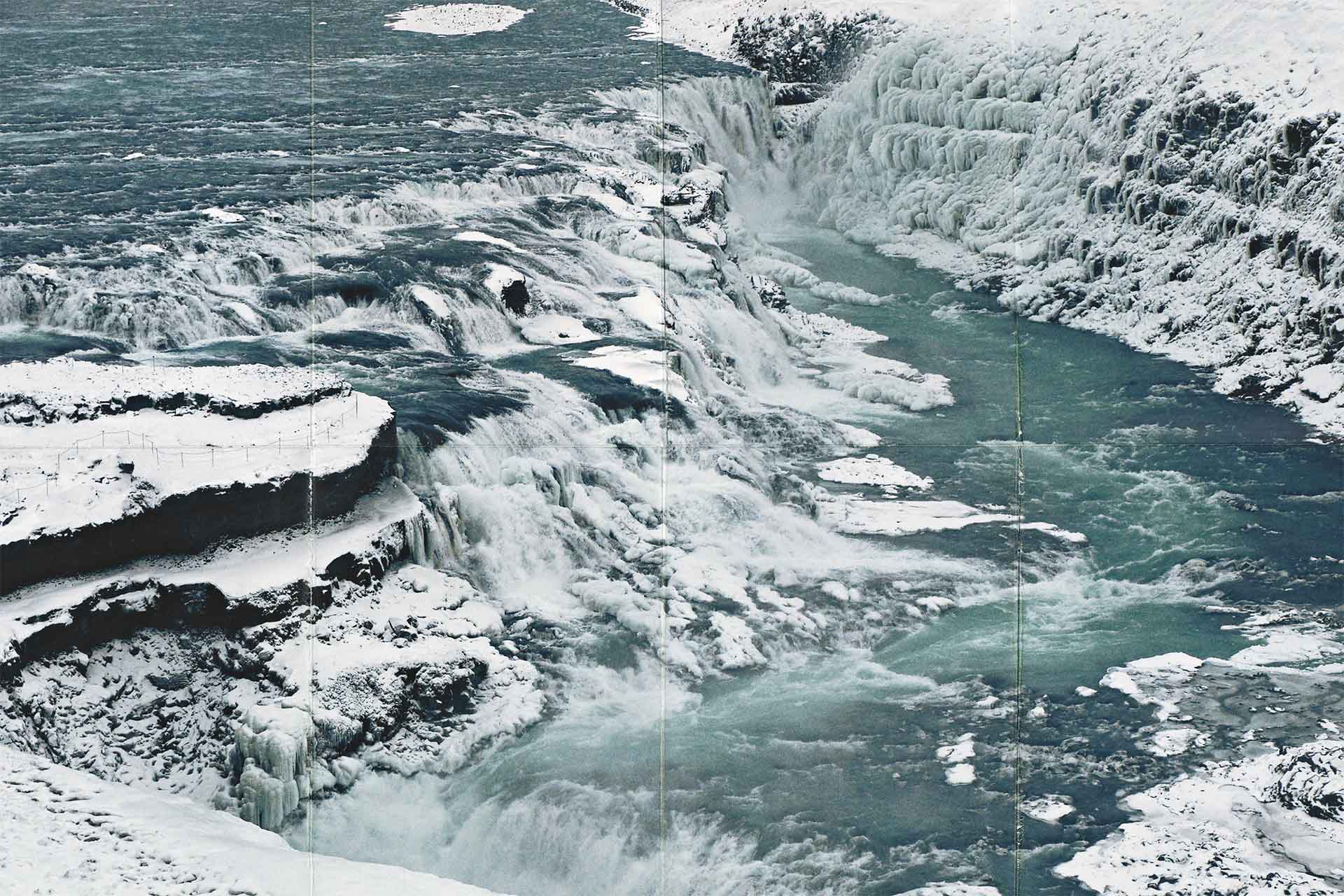 As goes with crafting tangled-up visual scenarii, building intricate sound narratives is just as long an artistic endeavour as it is a labour of love. This assertion applies to Brussels-based producer Marc Jacobs, alias Prairie, whose records usually come out after rather long ripening periods. His forthcoming album, ‘After The Flash Flood‘, closes the loop initiated by Jacobs’ debut solo EP, ‘I’m So In Love I Almost Forgot I Survived A Disaster‘, and continued by the Shitkatapult-released full-length ‘Like a Pack of Hounds‘, which form together the backbone to a compelling trilogy.

A finely-woven maelstrom of frothing textures and mazy, multi-layered constructions, ‘After The Flash Flood‘ evokes images of barren post-apocalyptic landscapes and desperate plights. Meshing variedly coarse-grained elements – from FX-drenched guitar riffs to feverish percussions, via subtle field recordings and blurred-out synth dirges – through a weatherbeaten sound design that verges on the downright noisey, Jacobs delivers an album both hardy and strikingly emotive. With just a few hours to go before the album hits the streets, we caught up with Marc to discuss his recording process and unique vision. Meanwhile, get a taster with ‘Elephants Will Rise Again‘ down below. 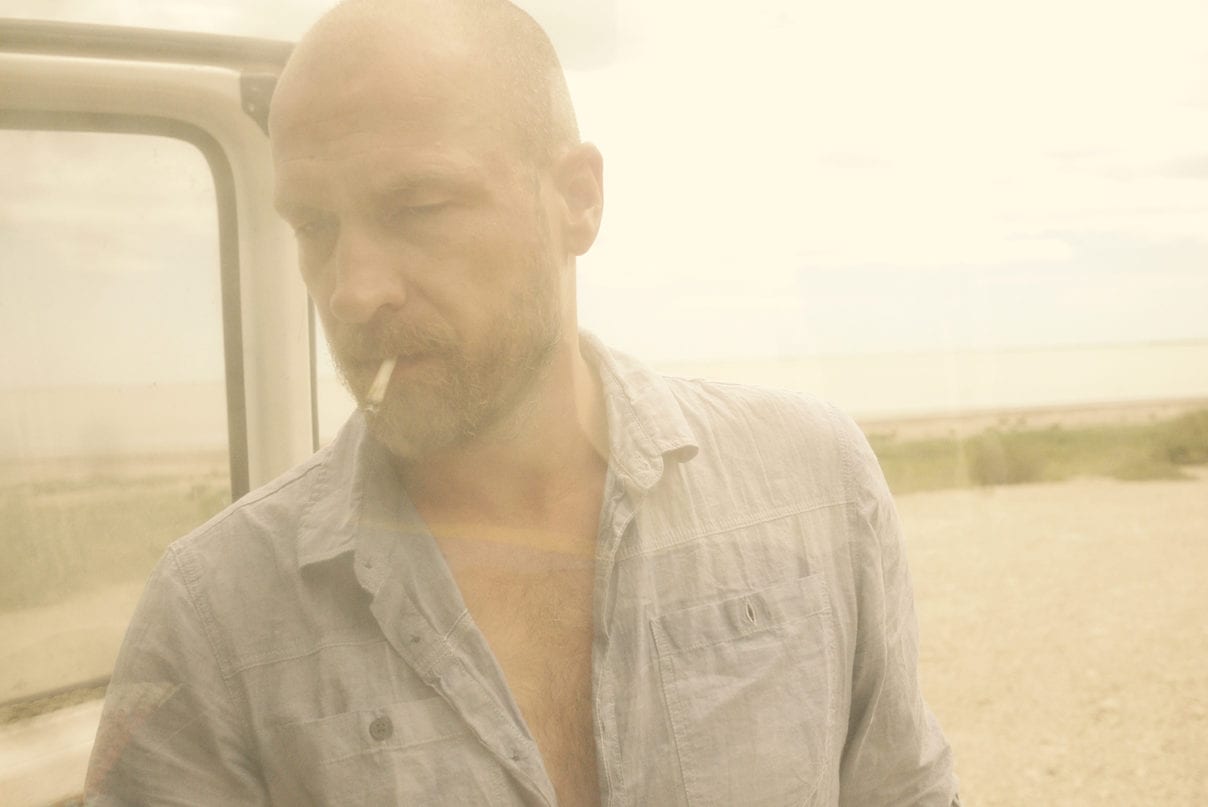 Your new album, ‘After The Flash Flood’, is about to come out. Please tell us more about it; where did you draw your inspiration?

This album is the last part of a trilogy, following my first two releases. There are some older tracks and some new ones. With this album I wanted to create a link between my previous work and create new openings for what comes next.

The title of the album was inspired by the spirit of a photograph by Joel Sternfeld entitled “After a Flash Flood“. It is a broken landscape in the American desert portraying a house and a car that are ready to be swallowed by the earth. The earth’s layers and colors are visible like an open scar, and a blue sky reigns above it.

The perfect framing and angle of the picture, the colours, the layerings, a certain coldness… I immediately made a connection with what inspires my music: the beauty in the violence of nature and its impact on mankind

What is this disaster announced in the title a parable of?

A flash flood is per definition a sudden and unexpected event. In this case it is an event of destruction. But like a volcanic eruption, the destruction also allows to rebuild. It is an unstoppable cycle where both mankind and nature have to continuously readapt.

While your debut album, ‘Like A Pack Of Hounds’, was inspired by the work of renowned novelist Cormac McCarthy (the title is quoted from ‘Blood Meridian’), ‘After The Flash Flood’ explores a very “written” type of doomsday scenario. Do you hit the studio with a pre-conceived narrative in mind, or do you progressively build it along whilst composing?

I like to approach my music as if it were cinema, combining fiction and documentary. I have a strong relationship to images. I assembled the tracks following that method. I use still images or very short cinematic moments that create a specific feel for the track I am working on.

Accidents can happen and are welcomed of course but the narrative is set as soon as I know that the track I am working on is going in the right direction. At the end, the totality of the album, from the artwork to the titles of the tracks create the whole coherence of the scenario. 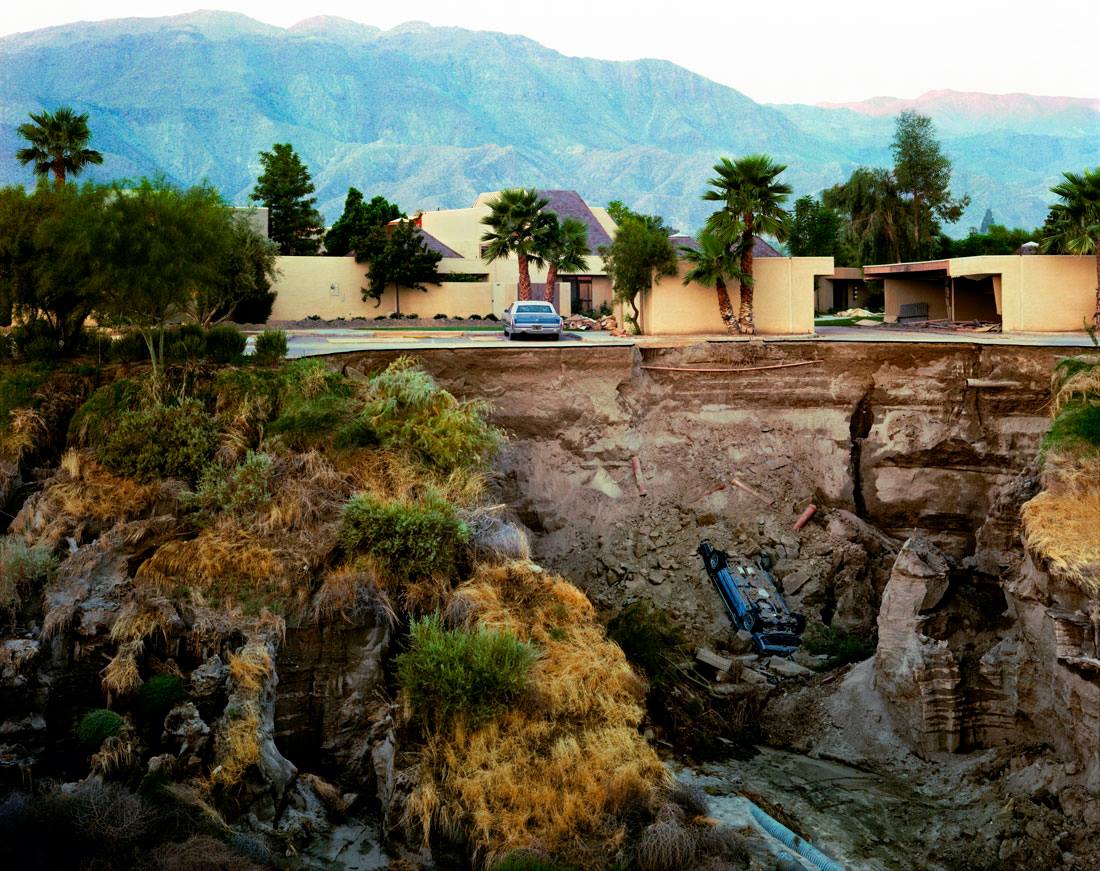 Disaster films often bear an underlying political/ecological message… Is it the case with ‘After The Flash Flood’?

I am not interested in any form of explicit messages through music. Each listener can find a personal meaning if that’s what they are looking for. I am obviously concerned by the power of nature and the geopolitical impact it has on the world we are living in.

It is this continuous tension between destruction, rebirth, man versus nature, domesticated versus wild, quiet versus loud, analog versus digital, warm vs cold etc that i like to explore. I like to tell stories and with this album I have tried to tell one based on my own notes of thought.

But is your music underpinned by a will to raise consciousness on an issue like climate change?

Not in an explicit way. Like I said above, my output for this is through music, there is no discourse. I like to create these sonic images and place them in a geopolitical perspective, but also in an aesthetic one. The tension between those approaches is explored both thematically as sonically.

My previous album was based on the violence and anarchy of man in the context of a beautiful yet also violent nature as described by Cormac Mc Carthy’s ‘Blood Meridian‘. Here it’s the flood that takes power, another metaphor.

It’s been three years since that first LP came out. How did your creative process evolve since then?

I play and compose continually, as soon as I have the time. So there is a continuous evolution going on, and I have been trying new ways of playing and composing on different kinds of gear. The amplified guitar is still my main tool, but I’m also exploring analog synths and their impact on sound and composition. This is new to me.

Even though they have been hardly used on this album it is probably a direction in sound that I will be taking in the future, also in the live performances. I also like to use field-recordings. So basically I generate a lot of sonic material, record many improvisations, so this gives me a lot of space and freedom to dig into.

How did you use these three years time-wise? Do you feel this lapse of time gave you some more latitude/leeway to find the right balance for an album?

I didn’t take three years to write the album. Once the album was finished, the whole mixing process took quite some time, maybe due to my own nonchalant way of producing but also agenda-wise. Fredéric Alstadt, who mixed the album, has done a great job in refining my own production. So I had a lot of time to think about the track order, tracks that were supposed to be on it but finaly didn’t make it etc…

I also recorded a lot of new music that hasn’t found its way on the album. Releasing records is a very slow process that has not much to do with the whole creative process. I also changed label so that took a bit of time too. 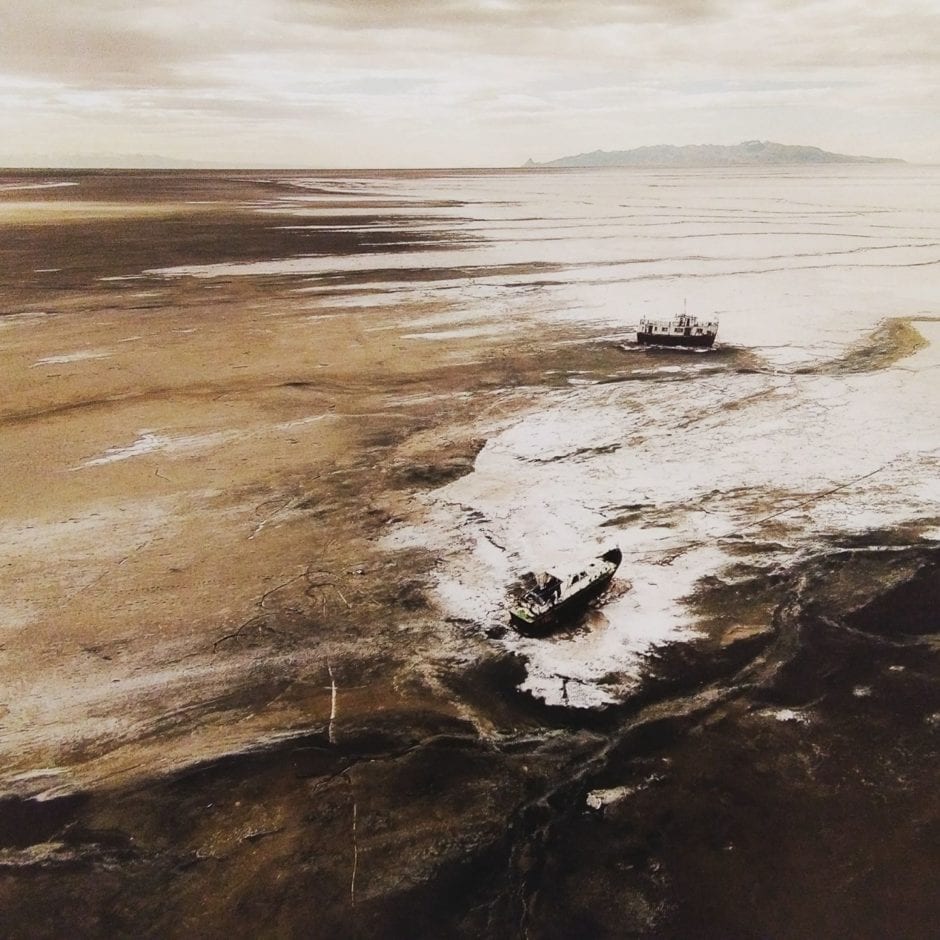 From composing on your own in the studio onto being joined by two to three musicians during your live performances, what kind of space do you leave to the spur-of-the-moment decisions/improvisation?

The live aspect of Prairie is definitely very open to improvisation. I choose a number of tracks I find interesting to bring in a live setting and while rehearsing with the musicians I let the tracks lead their own life.

I try to focus on atmospheres and reinterpretations of the general feeling of the tracks while keeping some parts of the original track. There is a general frame within we work and then anything is possible. It’s also very enriching to hear what the musicians’s ideas are on reinterprating my tracks.

What gear did you mostly use on this album?

I mostly use an electric guitar and a Hohner Orgaphon organ amp from 1963 for most of my tracks. That amp sounds amazing as soon as you turn it on, and it has a beautiful and very strong bass spectrum. And it is very loud so it fullfills my love for volume. I use different techniques to create the sounds I’m looking for, based on the right balance between volume and feedback.

I don’t have much gear and I tend to keep it as simple as possible, using some pretty classic guitar effect pedals. I also used an old basic Yamaha synth for some parts and a simple drum machine for the sparse rythmic parts. Both are used with the Hohner. Then this whole material is edited, chopped, reworked and composed on a computer.

I am working on the live show together with Grégoire Fray who is my live right hand companion, and putting the final touches to my next album.

After The Flash Flood is released via Denovali on 27th April, pre-order a vinyl copy from Denovali.

Discover more about Prairie and Denovali on Inverted Audio.