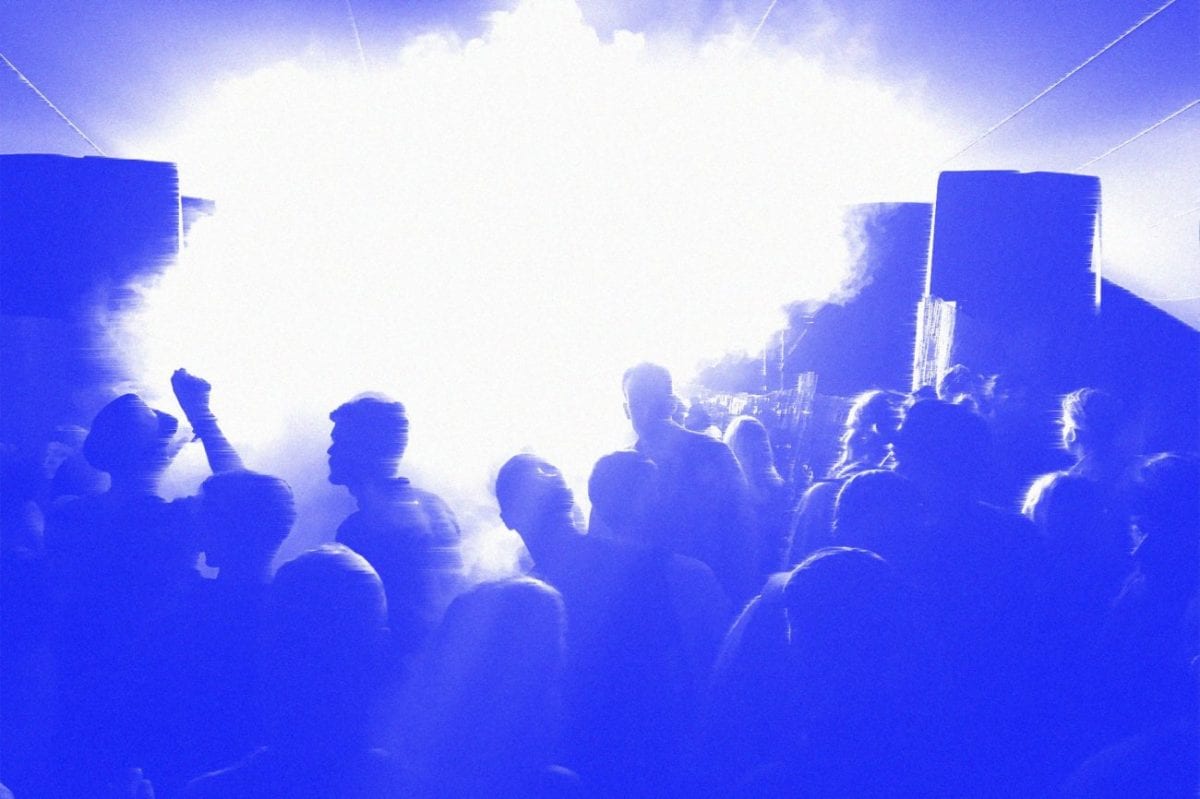 For those looking to escape the city this summer and find hedonistic musical transcendence somewhere far removed from their usual urban environment, there’s an unprecedented abundance of options to choose between. The festival scene across Europe is saturated to say the least, even moreso in the case of the musical and cultural hub that is Berlin.

With so many events to choose from, the question is – what are you really looking for? If all you’re after is an alcohol-soaked field and a forgettably insistent 4/4 beat to lose yourself in for a night, you won’t have to look far. But for those seeking an experience that’s a little more memorable, with an emphasis on the music and the people over and above the profit margin, it’s getting increasingly harder to find events like these among the indiscriminate mass of “big name line-ups”.

There’s still plenty out there, though, that fly under-the-radar, annually providing an intimate, memorable experience for a limited few that prizes musical talent and remarkable surroundings over any other considerations. Her Damit is one of those festivals.

Founded in 2014, it ran for two years on the Baltic island of Rugia, solidifying a dedicated crowd of like-minded heads that come back every year. In 2017 logistical circumstances led to the festival moving to a new location, settling in a disused bunker complex straight out of GDR-era Germany, nestled in the woods just outside Freudenberg, a sleepy town 30 minutes from Berlin.

The move was a blessing in disguise, as these post-apocalyptic, ex-industrial surroundings have become a welcome new home for the festival, and a fitting backdrop for their killer line-ups that hover on the boundary between accessible and experimental.

This year’s bill sees an eclectic range of house and techno talents descend upon Freudenberg, including Roman Flügel, Shed, Bambounou, DJ Boring, Shifted, Kobosil, nthng, ItaloJohnson, Sibold & Leif, nd_baumecker… and the list goes on. With such a wealth of raw talent on offer, we’ve picked out a few select performers to give you a sense of what’s on offer at Her Damit this year. 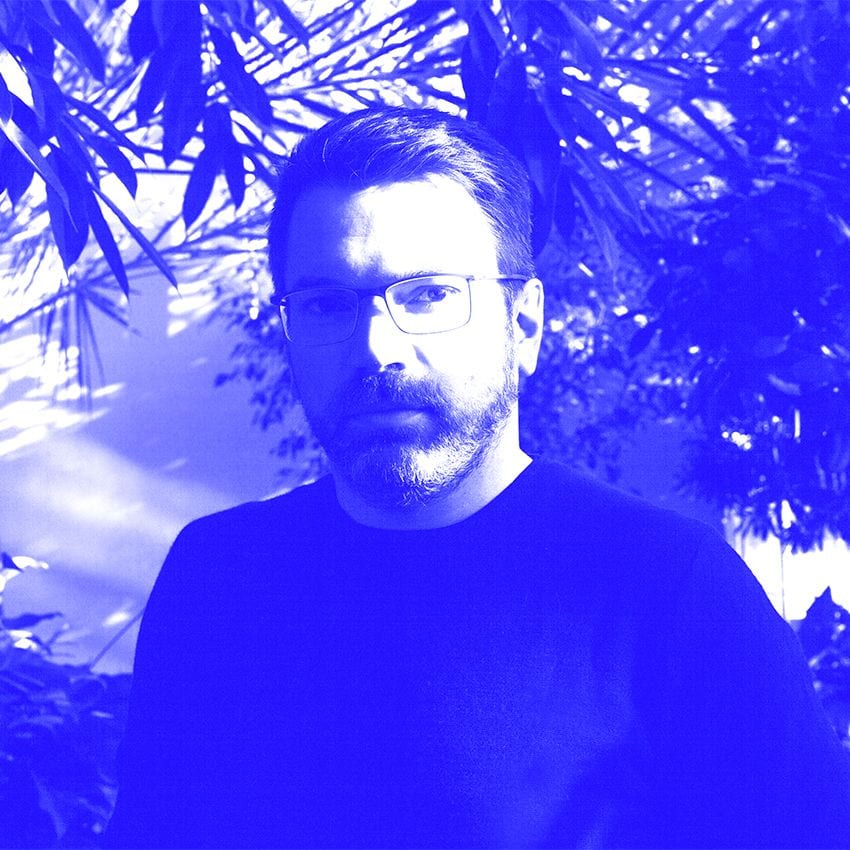 René Pawlowitz, better known as Shed, most likely needs little introduction to those even vaguely acquainted with techno’s development since the turn of the millenium. He writes powerfully rhythmic, inventive techno that’s unabashedly infatuated with early rave and hardcore. With a real sense of solidity and weight underlying their constant forward motion, his tracks are restless in both tempo and development, never afraid to take a last-minute turn into something unexpected.

Starting out with a job at the storied Berlin record store Hard Wax in 2007, he founded his own imprint Soloaction with a string of early EPs that put his name on the map. His extensive discography since then is spread over 15 years, a number of aliases, and a select few labels, from earlier outings on Delsin and Styrax Leaves, to his lasting affiliations with Monkeytown Records and Ostgut Ton.

His work as EQD, Head High and Wax have seen him focus on stripped-back, dancefloor-ready brutalism, reserving his more experimentalist tendencies for music released as Shed – a name which has also seen an emphasis on the LP format, resulting in a series of lauded albums that culminated in last year’s “The Final Experiment”. With the chance to see no less than a techno veteran, Shed’s performance is not one you want to miss. 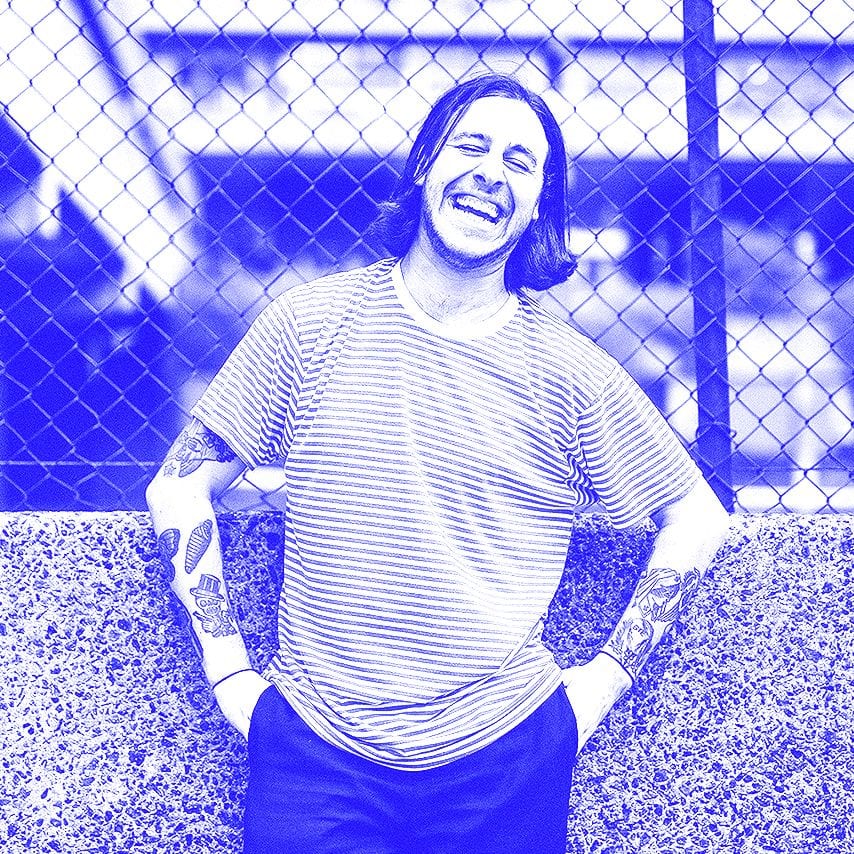 Even if you haven’t heard DJ Boring, you’ve most likely seen his most famous track in your YouTube sidebar – the ever-present “Winona”, adorned with a shot of the eponymous actress, is a well-known fixture of the “lo-fi house” scene that expanded rapidly over the past couple years thanks in part to the savvy utilization of the video platform. In a scene that’s replete with arguably unimaginative, cut-n-paste producers hawking their wares on indistinguishable YouTube channels, DJ Boring stands out as a genuinely inventive producer that’s one of the finest in his class.

Over a series of five EPs, he’s carefully crafted a unique aesthetic that belies the detractor’s claims of “style over substance” that have accompanied the recent popularity of the “outsider house” scene – whilst DJ Boring’s music sits comfortably within the VHS-warped, nostalgia-laden sphere of influence that surrounds it, there’s substance beneath his style, and as with fellow upstarts Ross From Friends and DJ Seinfeld, he stands out as a vibrantly imaginative producer with an undoubtedly promising career ahead. The creative energy you’ll find in his productions also powers his performances as a DJ, which have swiftly seen him become a sought-after talent worldwide. 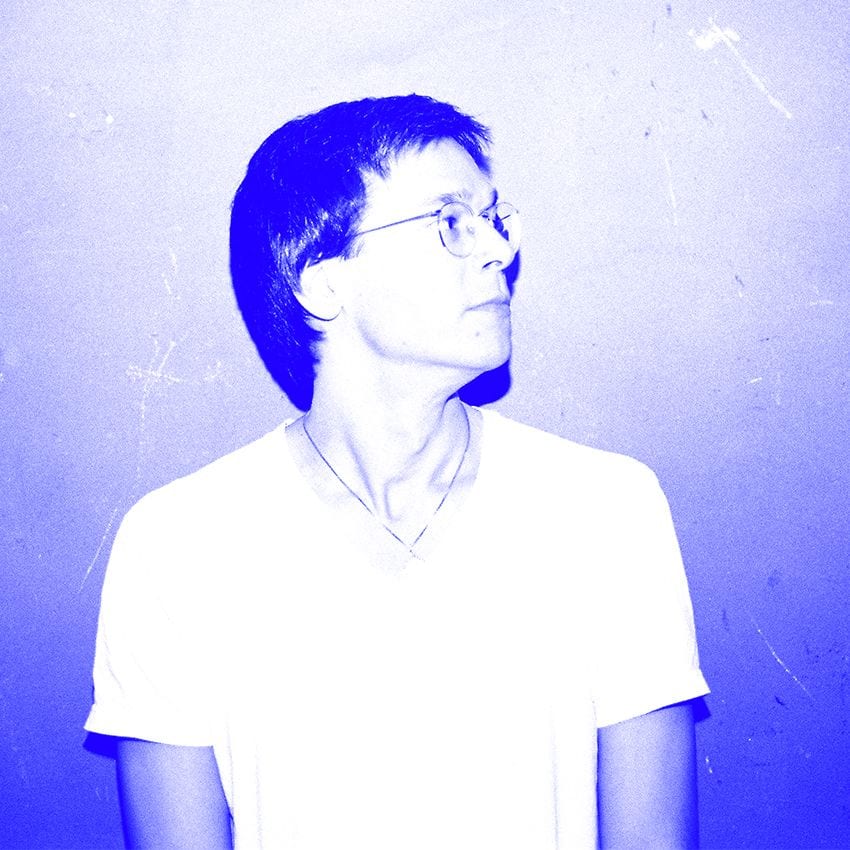 One of the most established names in the German electronic music scene, Roman Flügel has been doing his thing for almost three decades now, and shows no signs of slowing down. His love affair with dance music began in the late 80s, after early Chicago house compilations and visits to Sven Vath’s club Dorian Gray ignited a creative spark that led him to purchase a drum machine, a synthesizer and a four-track cassette machine in order to craft his first tracks.

Fast forward 30 years and Flugel is one of Germany’s most respected electronic producers and a globally in-demand DJ that regularly makes appearances in some of dance music’s most venerated institutions. An idiosyncratic selector, he’s got a distinctively hypnotic style that’s equal parts psychedelic and melodic, as likely to enchant you as it is to make you want to move. 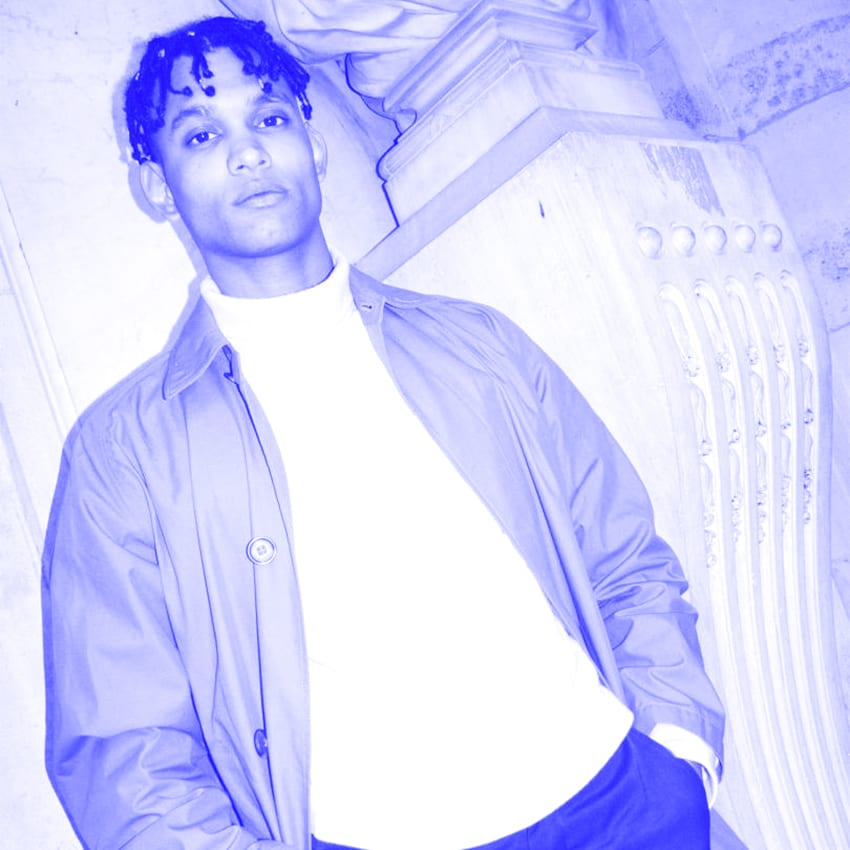 First surfacing in 2010 with promising EPs for YounGunZ, and ClekClekBoom Recordings, Parisian producer Bambounou swiftly found a home at 50Weapons with fellow mischief-makers Modeselektor, rapidly producing a string of killer EPs, and two full-length albums for the label before it’s dissolution in 2015. After spending the years since in the studio, he’s finished a three-track EP due for release on Don’t DJ’s DISK imprint in May. Bambounou’s style is full-on, modernist bass music, rooted in techno with an experimental edge.

He’s got a distinctive production style, warping vocal samples and cavernous sub-bass to create mind-bending atmospheres that make a fitting backdrop for his propulsive percussive workouts. His approach as a DJ is equally visionary, and his bass-heavy, subterranean selections are sure to hit all the right buttons for those in search of something deeper and darker at Her Damit this year. 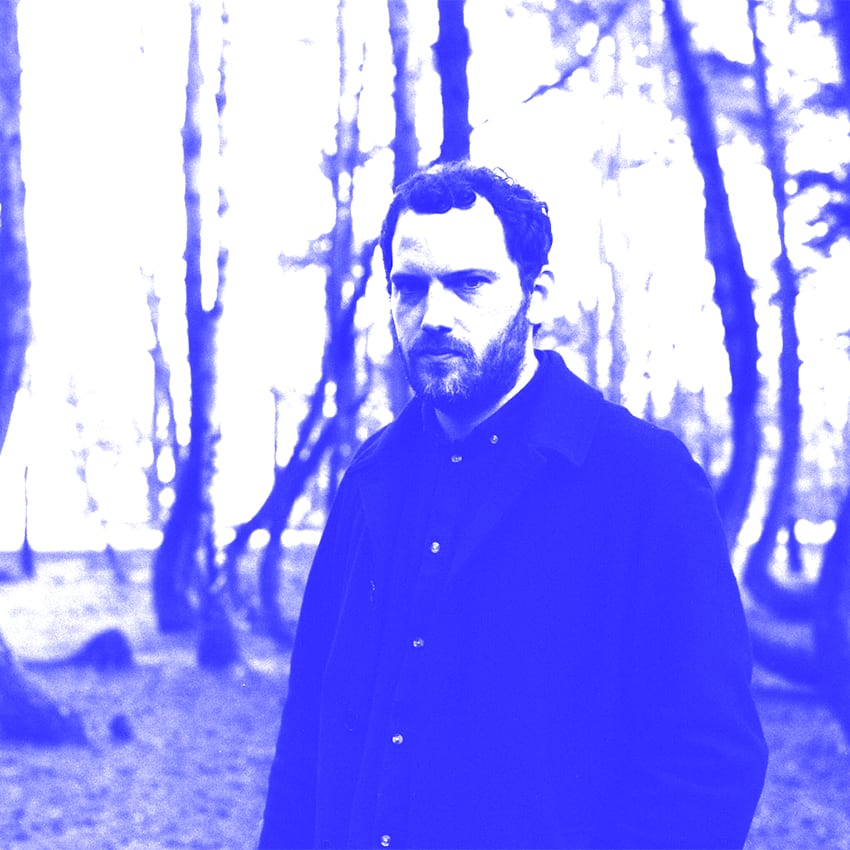 Beginning his career as part of esteemed DnB duo Commix, Guy Brewer entered into the world of techno in 2010 with a unique perspective, taking lessons learned from his success in one genre and applying them to something new. Since then he’s made a name for himself as a versatile producer with a singular vision.

From his debut on Luke Slater’s Mote Evolver label, to Prurient’s (Vatican Shadow) Bed Of Nails and to his recent releases for his own homegrown imprint Avian (itself home to techno experiments from Alessandro Corsini, Peder Mannerfelt, SHXCXCHCXSH, among others) Brewer’s work is deceptively minimal, with an emphasis on subtlety and detail that encourages closer listening.

He’s said that as a producer he’s more concerned with texture than anything else, weaving influences from noise music and ambient experimentalism into a techno framework that’s both progressive and uncompromising. His work as a DJ is based on the same philosophy, balancing a rhythmic intensity with an ear for pure sonic artistry that makes for breathtaking listening.

HER DAMIT is an intricate techno and house music festival held 50km from Berlin at the Bunkeranlage Freudenberg taking place between 7-10 September 2018.