While we know to look for Mexico’s Infinite Machine label for forward-thinking music of a dizzying spectrum of music — both the kind which is easily categorisable and the sort which slips between definitions — it’s still a pleasant surprise to find new and startling artists in their new releases.

The latest drop, ‘Say‘ EP from Aroent, falls into quite a lot of those brackets of music: while the touch of “global” techno and UK bass music is prevalent in the sound, Aroent combines the ingredients in such a way as to create something genuinely intriguing, a new amalgam that is part of the group while remaining its own unique thing.

‘Say‘ stacks three percussion-heavy original cuts, psychedelic club workouts that disentangle themselves from brief entrapment in acid and breaks before staggering onwards in uneven gait, alongside a stunning (and highly apt) remix from Ploy. Aroent, a producer previously unknown to us, demonstrates not only premium sound sculpting skills, but also a rare skill for micro-dosing genre into his tracks.

Dubstep surges, 2-step swing, dense IDM programming as well as breaks and rougher-edged gasps of jungle, are all finely diced into the mix, providing momentary blasts of flavour across a broad range of sound. After sinking into the EP over multiple listens, and even test-driving the Ploy remix in a club setting, we were happy to have a short Q+A with Aroent to unlock a little more about his production tactics, the inspirations of the EP, and more. 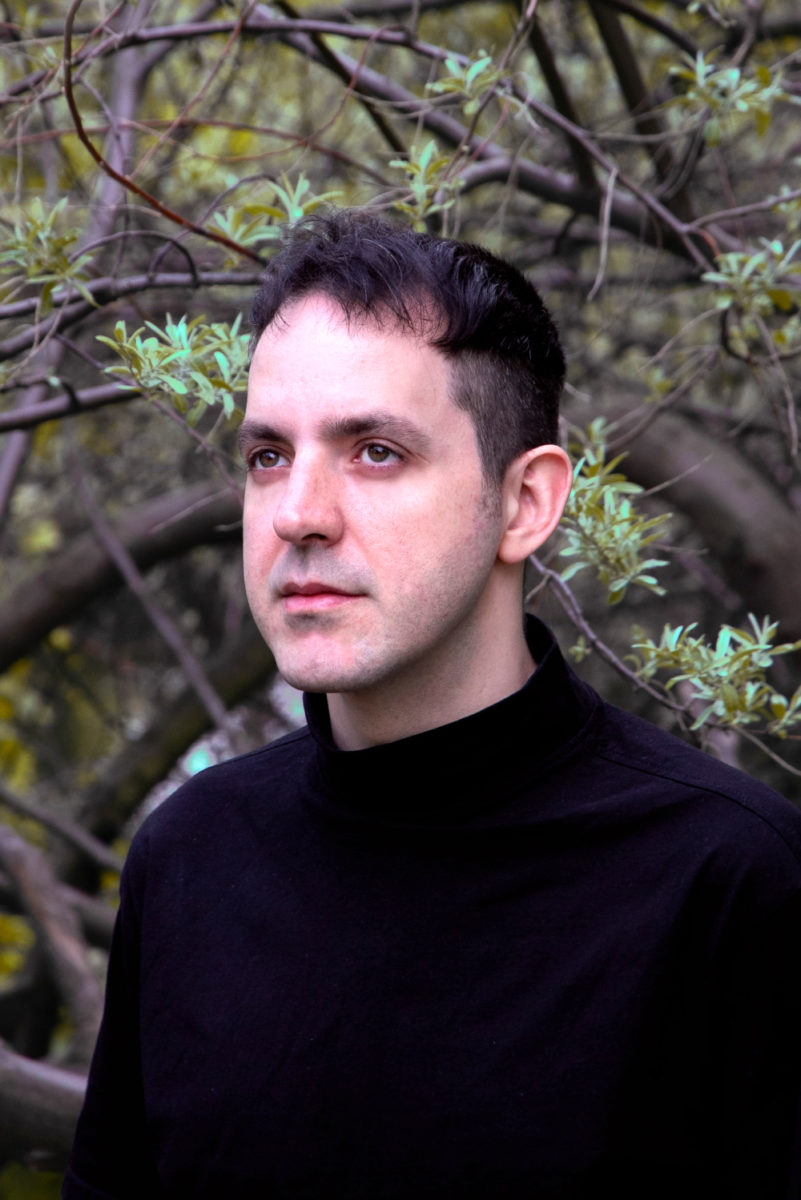 Hi Aroent — thanks for answering our questions. We wanted first to congratulate you on the release of the EP! How did the opportunity come about, and have you been sitting on the tunes for a while?

I started a bunch of new ideas during this period, but these tunes are, in my opinion, the best among them and I decided to release them. I was already in contact with Charlie from Infinite Machine and after he liked them, we pushed the EP forward. So yeah, it took me quite a long time to complete the release.

In your own words, how would you describe the music that you’re releasing on ‘Say’? Was there a certain mood, time, or location in your mind when making these tracks?

To be honest, there’s no specific mood/location in the EP as a whole. It’s mostly a small collection of tracks. But each track individually fits into a world for me:

‘Rolling Oddities’, for example, creates a strange spacey civilisation in my mind.  ‘Say’ is more down to earth, it could be a soundtrack about a corrupt society trying to fight back. Like in the world of Breaking Bad :) ‘Bobcat’ sounds more fun and lighthearted to me. Apart from this, I didn’t have anything else in mind. I just wanted to create a rolling dance track with ecstatic drum percussion and trippy effects

Can you describe a difference or similarity between this new EP and the music you’ve released previously, such as the EP through Awkwardly Social?

To my ears, the main difference is in the sound itself. ‘Eleese’‘s sound is a bit more “earthy” compared to ‘Say‘, which is more “artificial”. I used a lot of samples from my favourite Elektron Machinedrum on ‘Eleese‘, but ‘Say‘ is completely made in the box.

The layering on ‘Say‘ is also more complex and I think the arrangements, sound design and some other details in the mix are also a bit more elaborate and on a more advanced level. I think the extensive use of master effects made a difference in the dynamic changes and the instant impression of the tracks.

But, my overall musical approach remains the same on both EPs. I want to create club oriented tracks with a tendency to surprise, and ideally keep things sounding fresh.

Can you tell us about some of the specific influences in this EP? Certainly to my mind, I hear a lot of the rough rhythms and sharp clarity of Bristol scene producers like Lurka and Hodge on ‘Rolling Oddities’.

I can’t point towards a particular influence, but certainly many things I deeply admire. I have a bunch of newcomers and established producers that I follow intensively.

I’d say it’s a mix of what I’ve been listening to over the last few years combined with my approach to the EP. If I had to name some influences, it would be the UK Techno, Break, Bass scene and international music with an intent for more breaky rhythmic structures.

In general, music that remains weird and broken but danceable always appeals to me. The producers of the Bristol scene have a very big impact on me for sure. The 90’s IDM scene also had an impact on me, along with Glitch, Deconstructed, some Grime and experimental stuff.

I’m usually impressed by a particular track and listen to it obsessively. I have a bunch of those tracks in my head. Sometimes a track will trigger me to start a new idea, which always ends up being something completely different from the track that triggered it. 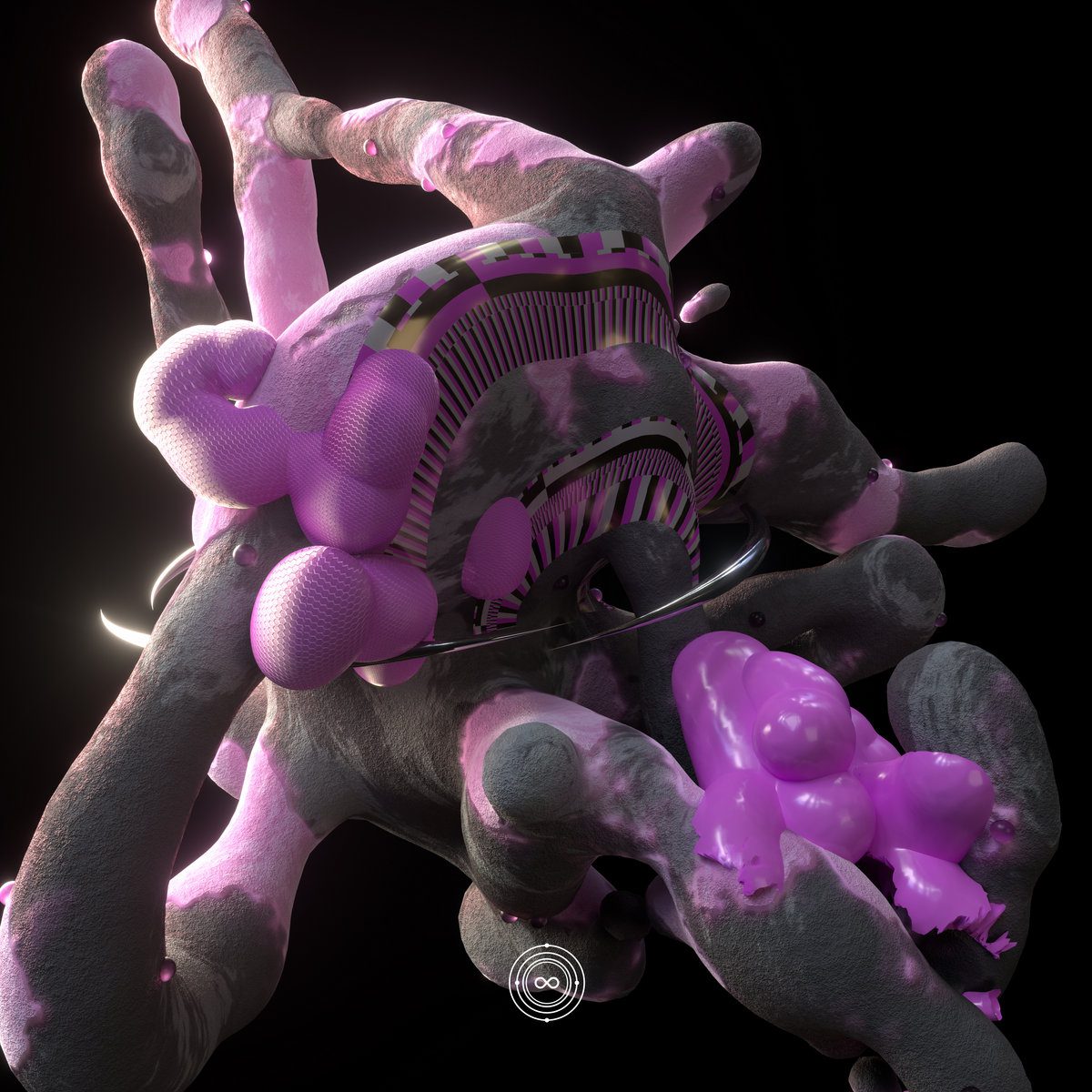 We hear in the music a combining of momentary elements from a large number of genres. Can you explain a little about how you feel about this? When/if you DJ, is this also reflected in your sets?

I’m glad you can recognise that! I like to “steal” elements from other genres outside of my “safe zone”. It creates a surprising effect to me and I hope to the listeners as well!

I can’t say I am really into a huge range of genres, I just like some elements of them and enjoy integrating them into my productions. It can be a vocal sample or an arpeggio or a cliché sound or sound effect that seems to come out of nowhere. On some new tracks I am doing it even more. I think this tendency is reflected in my sets too. I do always enjoy mixing multi-genre stuff.

Within the tracks on the EP there’s a really high bar of quality and sharpness of sound, and a clear proficiency at balancing layers of sound to construct listing, strange moods. Despite this, you don’t have a great deal of other releases! Have you been practising silently, or do you work under another production alias (that you’re happy to share) at all?

Thanks! I have been experimenting with sounds and music long before Aroent. In the beginning (my early 20s), I was mainly building code in Supercollider for live performances…quite experimental, non-rhythmic, electroacoustic stuff and I was performing live alone or with a friend. In my thesis, I build a hybrid FM, Additive synth with many oscillators etc…

Then, I got in touch with the Autechrian / IDM scene which impressed me and I decided to move on to more rhythm-based music. After that, I got more into club music culture and that was the point when Aroent came to life. All those creative stages are reflected in my productions I guess.

I don’t have any secret alias yet, but I have quite a lot of unreleased ideas on my computer which are not complete yet. Most of the time I am pretty slow in the process and usually overthink on my tunes, that’s the reason for the lack of a great deal of releases. I will try to fix this! Hehe

Is there any maths, science, or magic at the core of your approach to building the complexity in the layers of your music?

I don’t know. Maybe some maths are coming unconsciously in my mind because of my music coding background…even though I am not coding anymore, in that period I had to overanalyse and fully understand everything in order to program it properly. For example, you have to deeply understand the maths behind FM synthesis in order to build a proper FM synthesiser, etc. I guess all this dedication to the core of how things are working out still affects my creative process.

I am actually layering a lot the sounds nowadays and tweaking them in different ways, different pitches, different settings, etc. Especially in ‘Rolling Oddities‘, there is an extensive use of a variety of grain effects in different layers of certain elements. I try things out a lot and check what is working each time.

In ‘Say‘ I tried some new techniques that worked super for this track: I added a variety of plugins in the master channel which are getting on just for a few milliseconds mainly before the drop or after a crucial change between the parts, and they create this kind of surprise and attention. I played a lot with automation in the master channel on the tracks of this EP.

We read that you’re based in Berlin, originally from Greece. How much do these locations influence your music-making?

In Berlin, I have the opportunity to listen to music I like in a live environment. When I first came here, I used to go to clubs often by myself. I treated clubbing as something like a seminar for me. One of the main reasons why I decided to come to Berlin is music, and I wanted to finally invest more time in it. So yeah, in a way Berlin combined with the opportunity for more free time shaped me musically.

In Greece, I had the opportunity to get in touch with mainly the more experimental music scene through my university, which was also great and influential.

How much influence do you take from other places, and have you spent much time in those locations physically?

I definitely listen to music from musicians from all over the world. I’ve never lived in a place other than Thessaloniki, Corfu and Berlin. However, I’ve been travelling a lot lately through my job, doing sound design and music production for contemporary dance projects and through that I get in touch with some musicians from each place.

Do you have any other releases, or events you’re looking forward to, on the horizon?

Yes, more releases is always my main plan… but nothing definite yet. I’m working on new music. I have a bunch of unfinished tracks… we’ll see. Looking forward to playing alongside my friends from ‘Awkwardly Social’, at Ohm Berlin on June 4 with great company!

‘Say’ EP is out now via Infinite Machine. Order a copy from Bandcamp.