After listening attentively to various mixes from OKO DJ, the immediately apparent oddball creativity and attention to eclectic selection seized our ears, and the excitement for catching her set at Intonal Festival in the Swedish city of Malmö began bubbling up.

As the festival prepares to launch its 2022 edition — taking place from 20 – 24 April and featuring acts such as DJ Bone, Hiro Kone, Grouper, WaqWaq Kingdom and Space Afrika, amongst many more — we had the opportunity to ask OKO DJ some questions about her practice as a DJ and recent goings-on in her life.

A principal member of the Parisian branch of LYL Radio, a station showcasing the best music and acts in France now airing from many major French cities, OKO DJ recently handed over the operation of the radio to others and set off to a new home in Athens, a city widely regarded to be a new hub for music and culture in Europe.

In this interview, OKO DJ sheds light on LYL Radio’s operations, her conceptual practices as a DJ, particularly in relation to the natural environment and its influences on her set curation, and gives some top tips for visitors to the capital city of Greece. 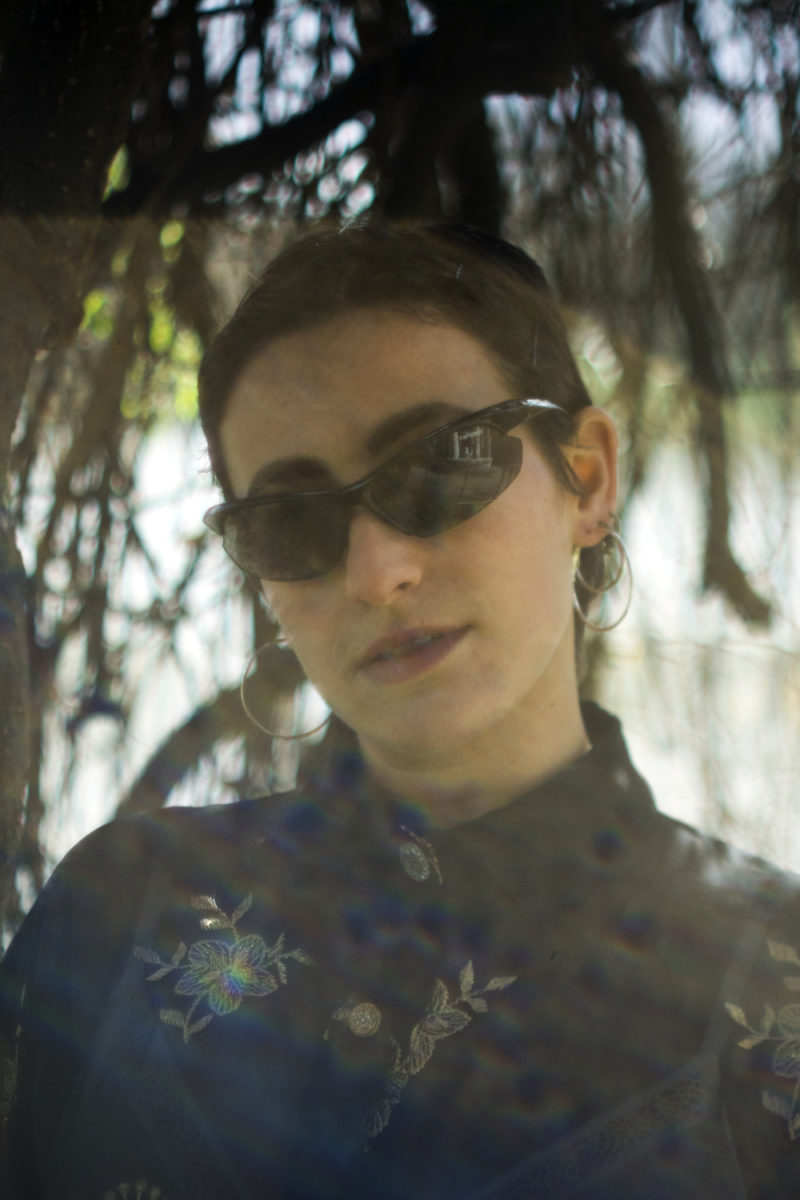 Hi there! Thanks for answering our questions, in the run up to Intonal festival! Have you attended the festival before?

Thanks for having me. Yes, I played at the 2020 edition of INTONAL, and it’s a great memory. I’m very happy to be back.

The last two years haven’t been great for the festival circuit, but it seems that we’re slowly getting back to where we were before the pandemic — Is Intonal your first festival performance in a while?

Not really, I’ve played a couple of really alternative festivals last summer, that were not online or anything. I had the chance to see amazing live performances in super beautiful nature environments.

That said, INTONAL is going to be the first “indoor” festival I’m gonna play, and I’m really looking forward to it. It’s a whole different atmosphere from the countryside psychedelic gatherings I’ve done so far.

Do you have any subtle hints as to how you’re planning this set differently from your outdoor sets? Will you lean more towards a harder dancefloor, or is this already a part of these countryside festival sets?

I tend to play a lot more instrumental music (as opposed to electronic music) in the outdoors countryside sets. The way I see it is that different environments — nature versus a club, day versus light — inspire me in different ways.

When nature is part of the scenery, I like to propose music in a more “delicate” way, to make sure that nature still has a lot of space to exist and a big role to play in the experience, whereas in a closed space like a club I definitely lean toward a more tense, frontal music selection.

We caught a few of your recent mixes online and really loved your eclectic approach to sound selections. Has this always been a part of your ‘sound’, or is it something that you’ve assimilated into your sets after years of exploration?

This has definitely always been part of my modus operandi. It’s actually something that could tend to disappear with experience along the years though. It’s a bit the same with music production: the more knowledge and experience you gain, the more innocence and freshness you can lose. So keeping the recklessness alive is definitely what I’m keeping in mind in my selections.

How are you preparing for your set at Intonal? Is this more or less how you prepare for a typical gig, or are you packing the secret weapons and energy bangers?

It’s hard for me to answer now, as I usually prepare for a gig just a couple of days in advance. That way, my selection is of course influenced by the venue, the context, etc, but also by my current mood and energies. Hard to say what April will feel like to me! Nevertheless, Intonal is a mecca for experimental sounds, so I’m definitely gonna allow myself to dig pretty deep on that side.

We saw that you’re a recent convert to Athens, which seems to be a new home for underground music. What are your top tips for the city?

I’d recommend the following: the tiny but mighty Astron Bar, Ela Na Sou Po, Hollywood Bar in Syntagma. And for the bigger clubs: Romantso, PTX, and Temple. There are also some very nice raves now and then, but that’s for everyone to find out!

What led you to the move in the first place? Your previous home of Paris is hardly bereft of a colourful music scene.

After more than 6 years, it was the end of my story with Paris I guess. I’m someone who often needs new energy inputs, new challenges, new faces, and new culture also. And, as I had developed LYL Radio in Paris enough to let it grow without me, I decided to join my partner in Athens and move on to something new. I’m extremely happy I made this decision, as my love for this city grows more everyday.

Finally, we’re keen to understand more about your involvement with LYL Radio – was this your own venture or something you were helping with? What did you learn with the project, and maybe can you share some of your favourite artists from the broadcasting you were involved in?

LYL Radio was originated by Lucas Bouisson in Lyon, where the radio is now broadcasting from Lucas’ own restaurant in the centre: Bistrot Senior. Definitely a nice stop if you’re in town.

LYL has also started broadcasting from Marseille more recently, and from Brussels a while ago, so the project is definitely expanding and it’s super nice for me to see the energies getting renewed from where I am.

I’m extremely grateful for what LYL has brought me during those 5 years of managing the Paris station: a lot of joy, amazing music, meeting new artists and being at the centre of the Paris scene, a good radio and studio experience, and beautiful memories in the various studios that we have had. Shout out to Dizonord record store in Paris.

To conclude, I’d like to thank all the people who have been involved in the LYL project in any way. Here is a short list of some of my personal favourite residents/shows: Bizarre Love, Herbe à Chat, The Pilotwings’ Penequet, Cardoïde, Fils d’imigré, Feng Shit, Prince Dragon, Golce Gabbana, Radio Prr! Prr!, Children of Nonante…

Inverted Audio is an official media partner of Intonal 2022. Stay tuned for announcements and features.