While Cromby is a name tingling on the lips of many in the dance music world lately, the nomination tip from DJ Mag as Best British Breakthrough act in 2020 seems to pale in comparison to his on-the-ground work: fresh off his recent tour of Australian, itself hot on the heels of his latest closing set at Panorama Bar in Berlin, where he now lives, the Irish producer and DJ isn’t short on recent successes.

Putting aside his latest residencies on HÖR and Refuge Worldwide — easily two of Berlin’s most important sonic broadcasters — Chris McCormick’s recording output as Cromby is certainly one of these successes, from pre-pandemic output on Feel My Bicep and Unknown To The Unknown, to a string of 12-inches via bona fide dance record labels Phantasy, Rekids, plus his own imprint Potency.

Across the sweep of releases, listeners are treated to a sound that is interesting to both the dedicated underground, as well as on more accessible fronts, blending dosed-up acid playfulness with wriggly basslines and drums to a perfect formula of dance action.

The latest string to his bow comes courtesy of Inverted Audio favourites Craigie Knowes — the Scottish label with a veritable mine of electro/acid gold in the catalogue — with his ‘Freaks on Speed‘ EP out today (April 4). ‘Freaks on Speed‘ sees four tracks matched up in traditional dance music vinyl match-making: four cuts for the floor, with A-side highlight ‘Racer‘ getting additional speedy treatment on the flip.

Prior to the release, and around Cromby’s jet lag inducing flights from gig-to-gig, we asked a few questions to the producer about Potency’s future, his method of preparing for taking on Panorama Bar’s most slamming slot, and news about what’s new and good in the dance scene Down Under. 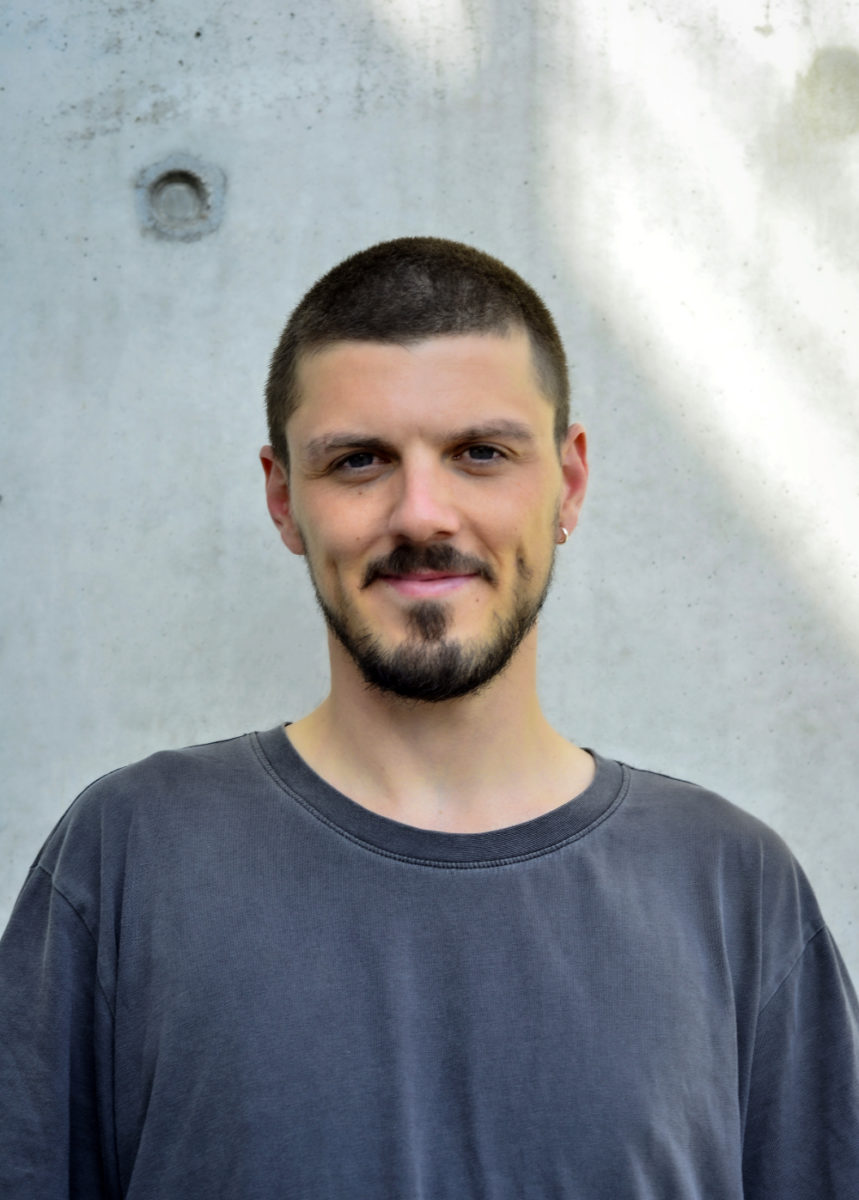 Hi Chris, thanks for answering these questions. We hear you’re just back from an Australian tour. How did it go down?

Thanks for having me! Australia was insane, I had been waiting to go since before COVID started and was due to fly the day after the world went into its first lockdown. So I felt super lucky to be able to be out there after the last two years we all had.

The people there are super lovely and it makes for a great vibe at parties. The highlight had to be Pitch Festival, where I played the sunset slot at ‘Pitch Black’ stage on Sunday. It’s a super cool layout where it’s like an amphitheatre made of scaffolding, so you have people above and below you and it’s super vibey.

Everything came together, the sun was setting over a beautiful mountain backdrop and a storm erupted for the final few tracks in the rain and dark which just sent the place bananas. One of my favourite gigs ever for sure.

What were some highlight spots from the trip around Australia? We hear lots of good music coming out of that part of the world, but it seems there’s a lot going on which we’re not aware of down under.

It’s just a beautiful country, the food, the music, and I met a lot of really sound and talented people too. There was one spot which I didn’t know existed that was pretty cool to discover, which was a newish club called Miscellania in Melbourne which I hit on a Sunday off one week to see my pal Sally C play at a Skylab party. Really cool vibe, and discovered other sick DJ’s like Millú and Priya. They run all day Sunday parties from early to late for those still on a crack from the night before, reminding me a little of Berlin on a Sunday afternoon!

You’re up next on Craigie Knowes, which for a while has been one of our favourite labels for a certain type of dance music. How did the opportunity for the EP come around?

I’ve known Max who runs Craigie Knowes for around 10 years since playing alongside him at his old residency at Sub Rosa in Sub Club, during our early years and always kept in touch. I’d worked with him on a previous label also. I’d been sharing music on/off over the years but it was never quite right.

After I did a set on HÖR of all unreleased tracks from myself last year it caught his ear and he hit me up for some demos, and the EP came together then super fast. Excited to be releasing with them, they’re always putting out high quality shit.

You’re playing at Panorama Bar on a pretty regular basis. That must be both very exciting and kind of scary at times. How do you prepare to play at Pano?

Yeah it’s always a challenge, I’ve been lucky enough to be invited back regularly over the last few years. The pre-rave nerves are always strong with Panorama Bar, but once you get going the crowd’s energy really helps you thrive, or at least I thrive on their energy for sure. I think you just need to be prepared and flexible to play whatever and take it wherever the energy goes at that certain moment, giving the crowd what it needs for a proper party and release.

Back to the upcoming EP: I will hazard a guess that this music has been influenced by playing in Berlin and other places, but can you describe how it has influenced your sound, and who and which groups have been inspiring for you?

Yeah you’re right, it has now that I think about it! I’m definitely playing faster and a lot more rugged sounds than a few years ago. I still love to play absolutely everything, though. I think that’s the beauty of DJing. But when it comes to production I just have a jam and hit record without ever thinking of what I’d like the outcome to be beforehand. So I guess it’s definitely influenced by my environment whether I have meant it or not.

There are people doing great things across the city, crews like Radiant Love, Mala Junta, Body Language and so much more. Berlin is a melting pot of inspiration. I got a taste last month when I closed Panorama Bar on the re-opening night of the club before heading to Australia. I can’t wait to have a summer of falling in love all over again with what this city is all about.

You also operate your own label, Potency, which is up to its second release. How are you approaching the curation of the output (thus far just your own productions), and what are your plans for the future of the label?

Yeah Potency is going well, I have 2 self-releases so far and will continue to keep releasing my own stuff via the label. There is plenty in the works for the rest of 2022. I’m starting to work with other artists, but will be keeping a lid on this for now. I’m very excited to share with you in the future!

We’re not equipment nerds, but it’s still interesting for us to hear more about workflow and some key tools you use to produce. Can you shed some light?

Yeah certainly, so my main setup at the minute — it’s currently all unpacked as I’m waiting to move into a new studio — but hypothetically I have a few groove boxes synced up via a midi clock. The Elektron Digitakt & Octatrack, the MPC 2000xl and a Korg Electribe. That’s the beats and sampling side of things covered, I’d usually start by jamming out some kind of beat.

Then synth wise I have a Moog Minitaur and X0xb0x for basslines and a Novation Peak and Elektron Digitone for the rest. Along with a few FX units like the RemindeR, all running through Ableton 11 suite. Which I use to record, arrange and mix everything.

It seems that improvisation and jamming is important to your productions, even if you use quite a lot of equipment (like the Digitakt and Octatrack) that require a fair bit of prior preparation with samples and patterns etc. How do you shake yourself out of repeating the same routines when you create?

Yes, Improvisation is key for me! The Octatrack is a fairly recent purchase and I’ll chat about that in another answer. I’m always gathering a small pot of drum sounds to base the jam on, then once their loaded in and ready to go I just jam.

Sometimes it works and sometimes it doesn’t. That’s the beauty of it, you don’t need to always be making the best shit, you just need to turn up. The good stuff comes as long as you are creating it’s all part of the process.

If I do find I’m falling into the same routines and banging my head against a door, then sometimes a step back really helps. I’ll just not making music for a while, period. Once the buzz comes back they usually flow out of me then after an extended break.

You also appear to have a solid live set up. Is that something in the works, or already out in the wild?

Yes, that’s what the Octatrack was purchased for. I’m currently wrapping my head around it and trying to piece together what setup would work best to suit my playing style. I move into a new studio mid April with the view of organising the live set up to debut it next year. It’s always something I’ve wanted to do so I’m looking forward to the challenge!

Lastly, what non-dance music releases you’ve been listening to lately?

90’s hip-hop, Mobb Deep, then also at the other side of the spectrum Enya, keeping me zen on tour ha. Thanks for having me!

‘Freaks on Speed’ is out April 4 via Craigie Knowes. Order a copy from Bandcamp.