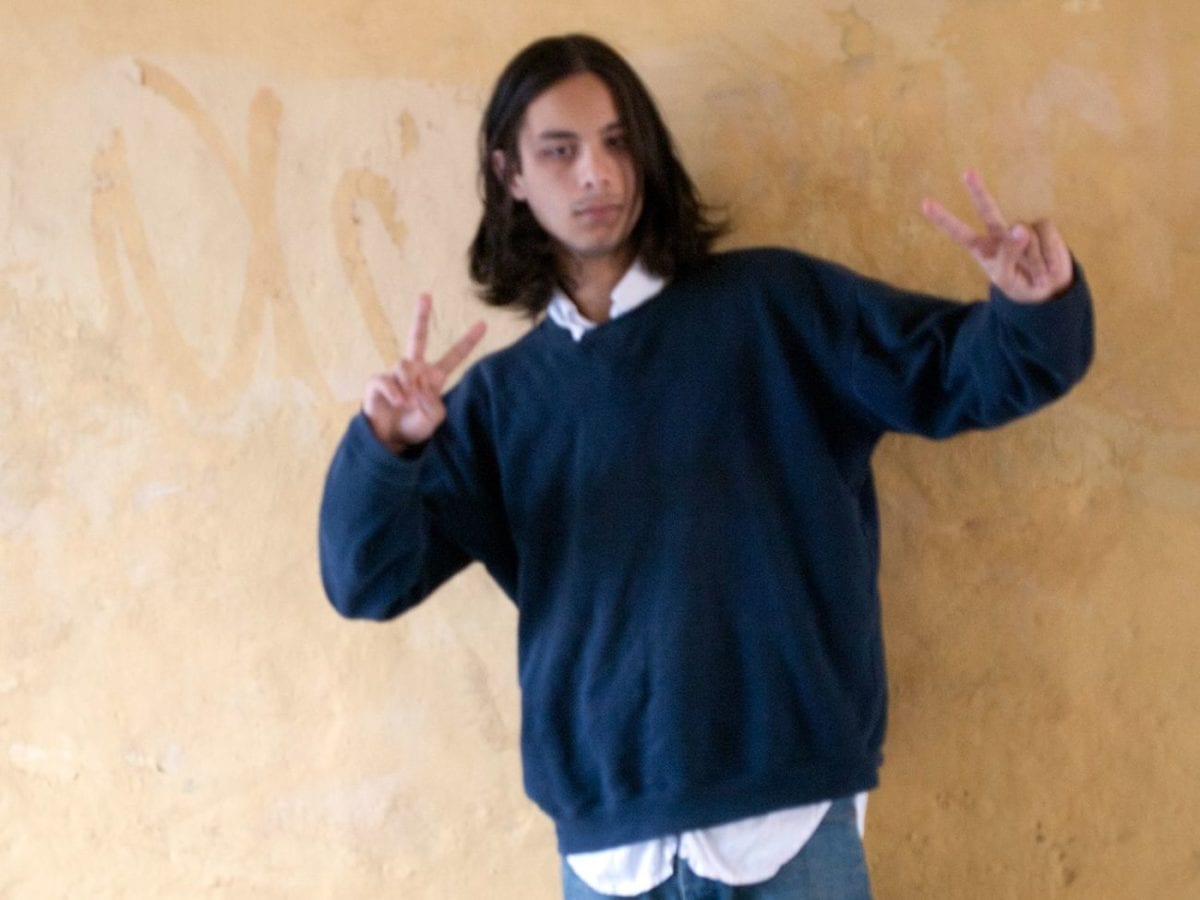 Following the release of Baba Stiltz’s debut album ‘TOTAL‘ on Axel Boman’s imprint Studio Barnhus, we caught up with the producer to find out more about the makings of the album and his involvement with the Barnhus posse. Baba has also selected his top 10 YouTube videos, including Beetle Juice snorting coke, the fall of Vanilla Ice and a Korean chicken noodle soup recipe.

Where are you and what are you up to?

I’m at my favourite cafe in Stockholm! I’m listening to Drake actually . Yes :- )

Tell me about the musical project of ‘Baba Stiltz’ – What’s the story behind the name and for how long have you been making music under this alias?

It’s not an alias! It’s me, yeah I get that a lot though and I understand why. My name sake is a Baba from the punk band The Zeros! My dad’s friend.

How did you get involved with the Studio Barnhus crew and how did you come to release your music through the label?

I met the whole Barnhus crew by chance at the wasa museum in Stockholm! They were checking out the boat and I was by myself eating a pretzel and listening to my own music on my iPhone. Then suddenly Pedrodollar turns around and asks what I’m listening to. From there we just been on a mission!

You’ve just released your new album ‘TOTAL’ – how long have you been working on the album and where did you spend the majority of your time writing the album?

I got started with the recording of TOTAL in October 2013. It took me about five months to complete all tracks to select from. Then it took maybe another month to sequence the album. I was in my studio during the whole process and did everything myself. The Barnhus posse helped me with track selection though!

The artwork is all done by the amazing Malin Gabriella Nordin! She’s an amazing artist. We we’re a bit puzzled with who was supposed to do the artwork, then everything kind of made sense when I sat down with Malin in her studio and started sharing ides. I am more than happy with this cover and the whole layout!

What’s your personal musical heritage? Did you study music at school or anything like that?

My Dad taught me ‘Dust By Broom‘ one night when I was 8 years old. From there on I’ve just been trying to keep myself away from boredom by making music. But I’ve got training now, once I went to a guitar teacher and all he said was some racist stuff and also that my guitar smelled like hash.

How do you discover new music?

Following the release of the album, what have you got planned next?

No live show so far! I’m gonna become a better DJ and play more gigs hopefully, both locally and out in the non-local world!

Where do you think is the ideal location or setting, to listen to your music?

Hungover in a bed with someone to love or just hug. Or all alone with a skagenröra sandwich.

It’s tough to single-out, but do you have a favourite track on the album?

I like ‘Ja Rule‘ cause that track sounds funny to me! It’s about my ex girlfriend who is amazing.

Tell me about the tracks you’ve selected for your mixtape – what’s so special about them to you?

Well I got a couple of track on there but I also have some other stuff cause usually I look for everything on YouTube. For inspiration. Like the the Beetle Juice thing; it’s so dark and real that it makes me want to live my life in a positive light and be a good person but also the James Ferraro album allows me to hate myself and then I try to become a better creative person.

TOTAL is out now, order a vinyl copy of the album on Juno. Baba Stiltz and Kornél Kovács play at Plastic People on 27th November 2014, tickets available at RA.