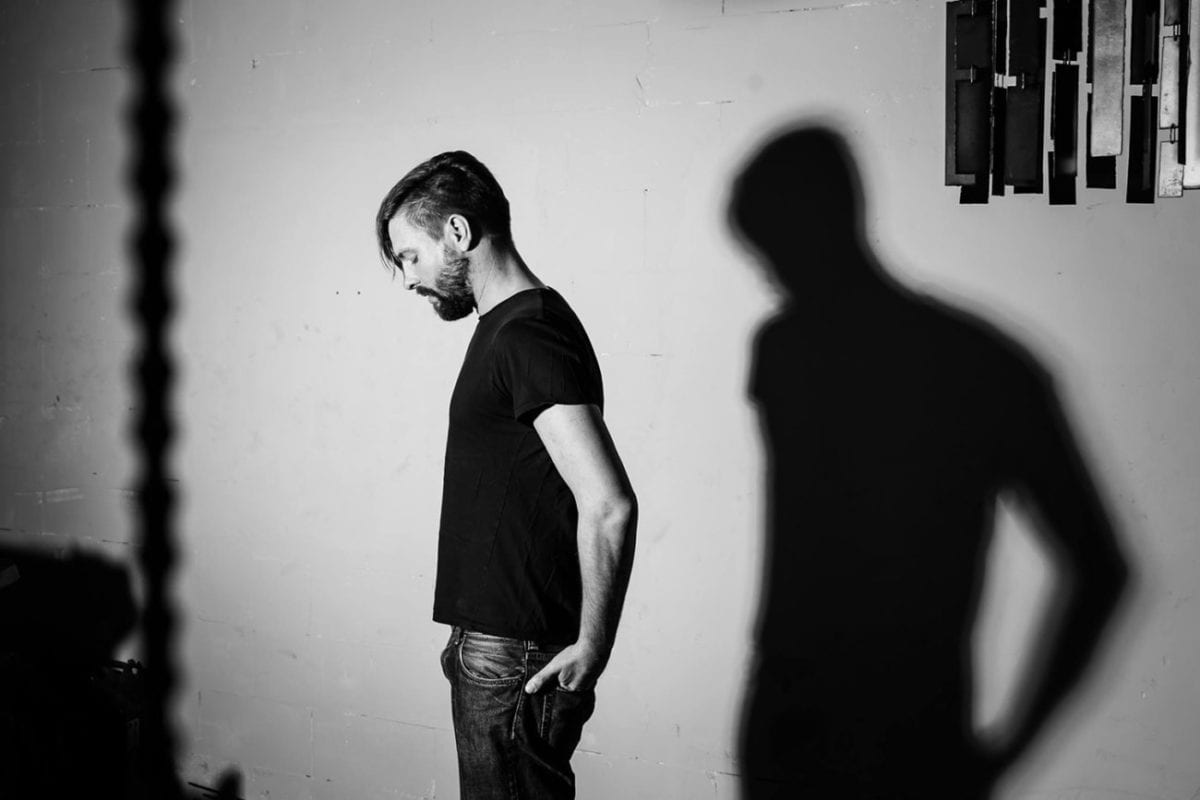 After releasing his long length debut under this guise a few months ago, Tripeo aka Darko Esser returns with a first instalment in the prestigious Clone Basement Series entitled “Nargy“, a killer 12” of pure dancefloor frenzy. We caught up with the Dutch producer to discuss production process, beloved Doornroosje club, lifestyle balance and musical eclecticism. The man also selected ten of his all time favourite tracks.

You’ve been active under the moniker ‘Tripeo‘ for a couple of years now and Nargy is already your seventh EP in addition to a debut LP in this guise a few months ago! How do you keep up with this infernal pace?

Honestly, dunno really… I have a day job as well, at a club called Doornroosje in Nijmegen. I do the bookings for all electronic and dance music. So my time is always limited. I guess I’ve taught myself to be more efficient in the studio over the years. That and of course that Tripeo has triggered an incredible inspirational phase for me as a recording artists. A phase which is not over by a long shot.

Nargy is a mesmerizing piece of groovy, mental material and your first instalment on Clone Basement Series, what was your approach with this particular record?

Tripeo tracks are always aimed at the dance floor. That’s one of the criteria of the project. I usually start with a groove, just mess around until I’ve hit something that I like. In this case it was the hook of the track, made with a little synth called Tetr4 from Dave Smith. The groove, sounds and effects are built around it. Actually this is one of the tracks that gets most ‘Track ID’ requests in my live shows. Happy it’s finally coming out!

You’re always on the go, playing big clubs across the world. And as your moniker and Trip series lead to believe, it seems obvious that traveling had a big impact on your work. Can you explain us how much of a part does it exactly play in your production method?

I’m always inspired by the people I meet and the places I go. And the last couple of years, as my air miles grew so to speak, the inspiration grew with it. Especially for the album, it had a huge impact. All these beautiful people I’ve met with different background and cultures, all drawn together because of one thing: music. Music transcends language and cultural barriers, it’s an exceptional phenomenon in that way. How can it not have an impact?

Your music naturally reflects that perpetual alternation between a certain straightforwardness and sudden judders and breaks, dark atmospheres and ethereal grooves, is this contrasting duality something you’re consciously working on ? Is this for you a way to find this unity you were talking about?

It’s not something that I consciously do. It has always been in someway part of how I make music. I pick up influences from so many different styles of music, that all these differences seem to seep into my tracks. It’s the same when I’m DJ-ing, I get bored when I’m playing a couple of the same sounding tracks and need to change things up. To my friends I say I always have the need to turn left. It’s a Dutch expression, but you get what I mean.

Your biography mentions the importance of finding the balance, so much that it actually ended up being the title of your debut LP (‘Balans’). Tell us a bit more about this quest for equilibrium?

Balance is a tricky thing. It’s something we are all looking for all the time, but never actually seem to be in. Or only for brief moments of time, before something happens that ticks you out of this comfortable zone.

On the one hand, I’m living my dream by having a career in music. It’s a hobby that got waaaaay out of hand. That means that ‘work’ to me doesn’t actually feel as ‘work’. It makes it easy to get carried away and forget about all the other things that happen in your life, including friends and family. And did I get carried away!

After some big milestone moments about 10 years ago, as my mom passed away and around the same time a 6 year relationship ended, I had to take the foot off the gas pedal and rethink what I was doing. Finding more balance and rest in my life. That eventually resulted in my debut album.

Which is definitely a beautiful confluence of sounds and transcends the dancing aspect of your music without leaving it behind either.

That was exactly the point! That record was way more intimate then the Tripeo album.

You’re juggling with three musical identities up to the point of releasing your records as Tripeo and Onionboys on eponymous pop-up labels. What did bring you to segment your work that way and not just put it all out on Wolfskuil for instance ?

The main reason for that was that I got so many good demos for the label that I kept pushing my own releases in the schedule. And at that point I didn’t want to send out music to other labels, I preferred to release it myself. Keep intellectual control over it. I didn’t want anyone but me to be able to fuck things up so to speak. That’s also changed now, as I will be releasing more music on other labels in the coming months. Mainly Tripeo and Darko Esser music. Onionboy is on hold for the time being.

Any memorable night or particular club you enjoy playing at?

My favourite club in the world is and always will be Doornroosje. Nothing will ever top that I think, too many memories and legendary moments. I did the album release there in April and that was a night I won’t soon forget… Apart from that special place, I love Trouw in Amsterdam and Berghain in Berlin in the club department. They both in their own way have something otherworldly. Which has something to do with the lack of closing times. And I had amazing shows in Italy, Tel Aviv and Melbourne to name a few…

Who were your influences, the artists who changed your perspective on music, early days’ heroes?

My first goose bump memory was with U2’s ‘Sunday Bloody Sunday‘ actually. I was 6, still remember that. Artists that had a huge impact when I was young include Phillip Glass, Pink Floyd, Sonic Youth, The God Machine, Unwound, Slint, The Notwist, Mystery Machine and a lot of punk and metal.

It wasn’t until later that I really got into electronic music via The Prodigy, Aphex Twin, Board Of Canada, Black Dog etc. And then discovered the power of the dance floor. all-time favs being Jeff Mills, Laurent Garnier, Josh Wink amongst others.

Nargy EP is released through Clone Basement Series in October 2014, pre-order a vinyl copy from Bleep.com

From the Analord series, the last one. Probably my favorite record to close the night with in a state of euphoria.

My favorite techno tune from the last couple of years, period. It has everything in it I like about techno: rawness, emotion, futurism. I just found out Greg Beato is behind this tune.

Unearthly beauty. Sends me out of orbit everytime I hear it. Perfect for ending a night or starting a set.

The word has been overused, but nothing describes this electronica gem better then epic. Afterhour sunrise, tears in your eyes because the night is gonna end good!

Unwound – Valentine Card / Kantina / Were, Are and Was or Is

I have a punk background before going in deep into electronic music. There are a lot of similarities between those 2 worlds. Unwound always has been one of my favourite bands from that realm. This is a completely mental 14 minute trip from their first album.

My dad played Phillip Glass all the time when I was a kid. This track is responsible for one of my first goosebumps moments of my life and I consider a milestone for everything that happened after. They will have to play this one at my funeral.

Believe it or not, I had incredible dancefloor moments on this tune. Spiderland is such a classic and should be in every record collection!

Another big influence thanks to my dad was Pink Floyd. This is my favourite tune of theirs, so trippy, so psychedelic. It’s almost unbelievable it’s made in 1970. Heard Michael Mayer close a night once with this, I’ll never forget that.

This tune still sounds like it came from a distant future, even though it’s almost 20 years old! And very playable if timed right.

House (for me) doesn’t get any better then this. It’s so beautiful it literally makes me cry.. Has P-bar anthem written all over it.

Discover more about Tripeo and Clone Records on Inverted Audio.