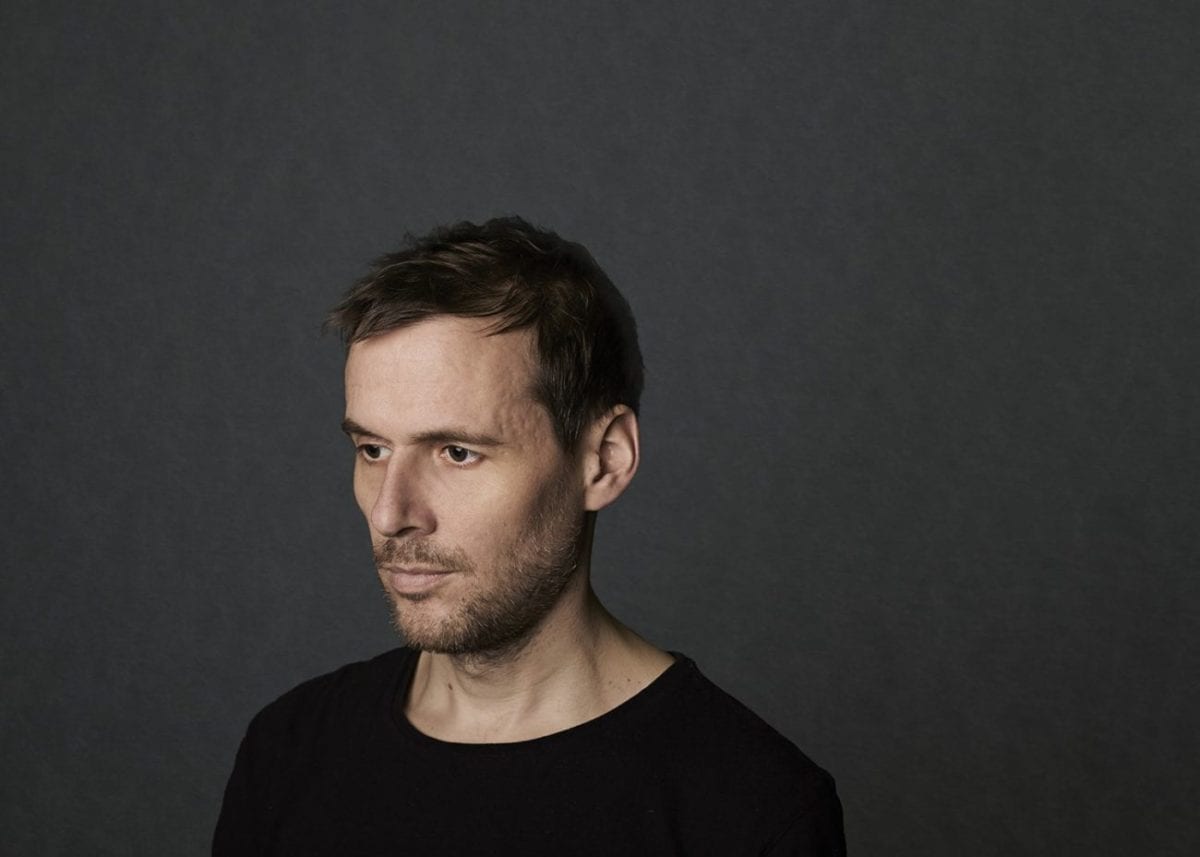 To celebrate the release of Clark’s eponymous album for Warp Records, we spoke to Clark via Skype to get up close and personal about his new album. In the interview below Clark talks about his 4 month long album writing process in a barn near Lincolnshire, and the arduous process of comparing his new record to previous albums. He also talks about acquiring re-edits from Marcel Dettmann and Pariah, working with Vincent Oliver on ‘Superscope‘, incorporating contemporary dance into his live shows and how he thinks his music has progressed over the years.

This is your seventh album, why did you call the album Clark?

I haven’t been asked this yet. It was weird because I was beginning to start coming up with various album titles, but none of them really worked.

I’m happy with the track titles, they put images in your head and they relate to the artwork. I came up with lots of concepts within the tracks, but having a specific album title just didn’t feel right.

It was quite a bold thing to do because it’s almost a summation of everything you’ve done, that’s how I see the concept of the eponymous album. It’s like everything up to this point is condensed into this album really.

In a way I guided myself on with the idea of it being an eponymous album from the start, almost as a joke. As if you’re going to come up with anything bold enough to do that and I didn’t for a few weeks. Suddenly the tracks just started coming out and then it just gained its own momentum. You’re not making them, it’s not effortless, it’s just happening without you directing it so much. It felt like a really strong record, it deserves to be the eponymous album.

Have you reached the plateau of the Clark sound. Is this an ultimatum?

As I’ve released so many albums I’m aware there are certain patterns or feelings that arise when you complete something. There are always feelings. If you didn’t feel like you’ve written the album with your life, then you wouldn’t be doing a good job.

What’s weird about this record is that this feeling only lasts for about two weeks and then I’m back in the studio. With this album I’ve just felt that this is it, which weirdly feels quite positive.

I know there’s going to be more work, but I’m in no rush to make any rash moves, I still feel that I’ve nailed it quite positively. I haven’t got much time anyway, just promoting it and doing radio mixes. That stands out as a new thing because I’m usually straight back into the studio.

How long have you been over in Berlin?

Ages now, for the past eight years now, but not for any consistent stretch of time.

Do you feel happy in the way you’ve developed your sound over the years? Are you 100% comfortable with it?

Yeah I totally feel that it’s developing, but it depends where you set the boundaries; it’s all relative to what you perceive to be a development.

I think there’s a certain aspect of reigning in what you do a bit and refining certain things and this album feels like that, but it also feels like new ground has been broken.

A lot of “Turning Dragon” is older than “Body Riddle”, I made them as companion pieces, but when I moved to Berlin, people associated it with 909’s and techno, but I actually wrote that when I was hanging out with Broadcast in Birmingham, but it wasn’t such a good story for PR’s so I stuck with it being linked to techno.

Did you record a lot of field recordings in Germany or is it a collection of fields recording s from all over the world?

I recorded it in one place, a village called Newton near Lincolnshire. It’s in a pretty non-descript part of England, but that’s what I wanted. It was in the middle of nowhere.

I got an Airbnb barn, which was pretty isolated, for 4 months. I had contact with a few friends but that was it. It was amazing; I’ve never done that before, normally my albums are a collection of things that have been sketched out in different environments. I’ve never done a more traditional approach of setting aside some time to nail something in that time, and abandon it when that time is up. I think it gives it something else. I can link all of these tracks to a specific time at this one place, in that barn.

Did you get out much around the farm, exploring different sounds and environments?

Not really, it was more of a space to write music in. Maybe I should have done that but I don’t think it would have worked.

There’s something about being isolated, I don’t think it’s necessarily about literally recording your surroundings and filtering it in. It’s just about not coming into contact with the outside world, it breeds a certain energy, you can spend 14 hours in your studio, it’s amazing. I’ve been recommending it to loads of people, but they think it’s a bit weird being alone for that long, but it certainly helped me.

I guess you can focus more on the project.

Totally, there’s too much choice in the world, we’re battered with endless social possibilities.

What about working with Vincent Oliver for Superscope? How did that project come about?

He just came across this Oscilloscope in a skip and just did it. I want to do more stuff with him, more customized to what he’s doing.

The thing is with the oscilloscope is that the patterns you can use, the more boring they are the better they look, so we’re trying to figure out a way to do something that looks good.

I know this is off subject, but what do you think of the new Aphex Twin album?

I haven’t actually heard it to be honest. I’m excited to hear it but I haven’t checked it out yet.

Have you got any music videos planned for the album?

Yeah we do, I can’t reveal too much, but we have quite a few visual ideas, it’s more something that will be accompanying the live show. We have two or three videos we’re working on.

It’s probably the last track on the album “Everlane”. It was the quickest to write, it just sort of happened within 20 minutes. I didn’t need to do anything it was just a live jam.

My girlfriend was asleep and it was about 5 in the morning. She was completing her dance project and it was the night of the premiere, so we got quite drunk and I got up really early and wrote that track. I love tracks that you don’t need to tweak.

What about the re-edits from Marcel Dettmann and Pariah, how did you go about asking them to re-edit the tracks?

Marcel Dettmann really liked Superscope, so we just sent him the album, asking him if he wanted to edit one of the tracks and he said yes. He was in between gigs and he creamed it off.

It was the same story with Pariah. He did it in about 3 hours as well, he pulled it to pieces, so respect to him.

What’s the difference between a remix and a re-edit?

It’s all my source material; Pariah just manipulated it quite a lot. It’s not like a remix when you give them everything; it’s a bit more informal than that. But he managed to make it sound like a remix, it’s cool.

Going back to the track list, are you much of a writer of literature?

No I’m not, but I really appreciate good writing and I just realised that by virtue of my writing not being very good, my track titles are different to that, because people don’t really criticise them literally. The more nonsensical the better, I don’t like giving too much away. You don’t want to steer other people’s responses with your own directions.

I’ve recently employed my girlfriend to do some choreography for my live shows. It’s all abstract, contemporary dance stuff. We’re hopefully premiering it at Berghain, but that’s not confirmed yet. She’s not doing the whole album, just certain parts from the album; she’s done some tightly synched choreography pieces.

It’s a really fertile area and not a lot of people are doing it in the context of live shows, if it’s participatory then it encourages people to dance more. But I don’t like the idea that it will make the show more static. I think it’s engaging, but isn’t over bearing.

Do you hang out with many other musicians?

I get more stuff done when I don’t; it’s a sacrifice you have to make. Recently I haven’t enjoyed going out in the evenings because I’ve been getting up really early in the mornings to work. I go through periods of precarious behaviour; at the moment I’m just enjoying staying in, which is a challenge in Berlin because there’s so much going on.

Clark is released on the 3rd November 2014. Order a vinyl copy of the album from Bleep.com

> STREAM ‘THE GRIT IN THE PEARL’ ON SOUNDCLOUD