A longstanding figure of the French electronic scene, active since the rise of the fabled French Touch and its parallel shoots, Benjamin Boguet alias Cosmo Vitelli is the very type of producer upon whom time seems to have very little effect, other than pushing back the limits of his sound time and again with every record, quietly uncovering successive new facets to his ever-expanding creative vision.

Fresh off the drop of the second volume in his ‘Holiday in Panikstrasse‘ diptych for Malka Tuti, Benjamin joined us for an in-depth chat, covering topics as diverse as his relationship with Berlin and Paris, his beginnings in the so-called industry and the evolution of DJing over the last decade. Meanwhile, please enjoy the exclusive stream of the kosmische-infused closing number from his latest EP, ‘Irritable‘. 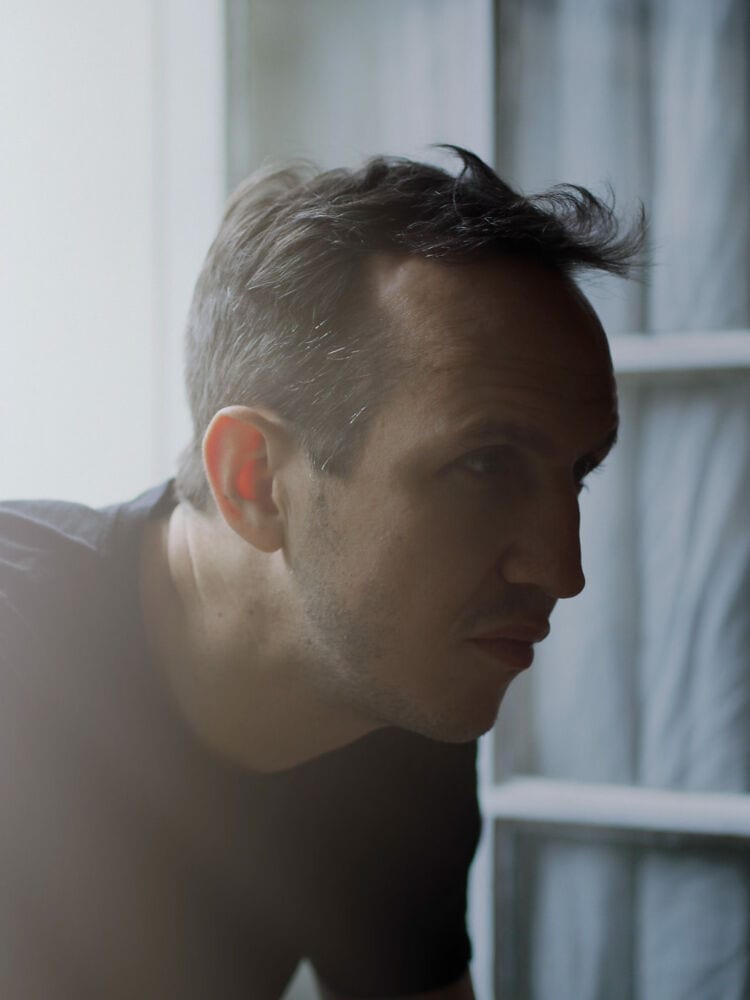 Hey Benjamin, thanks for taking the time to answer a few questions. The second instalment of your long-player ‘Holiday In Panikstrasse’ just landed via Malka Tuti. Please tell us more about the genesis of this record and how you first got in touch with the Israeli-born, Berlin-based outlet?

Well, Malka Tuti’s boss seemed to like Bot’Ox, my project with Julien Briffaz, and he asked me to send him unsigned music if I had some. I mostly released on my label in the past years, so I thought it would be healthy to open the door a bit. He liked what he heard, and we did it fast.

Where did you draw your inspiration for this record, and why did you choose to split it in two parts?

It may sound a bit silly, but I actually changed of location for my studio. For almost three years I’ve had a big one in the end of the world – or Berlin’s, at least – located in Marzahn, in the north east: industrial area, nothing around, pretty depressing and lonely.

I didn’t do music to live like an hermit. This place killed my enthusiasm for production (I even named a single from it, ‘Last train to Marzahn‘). I totally underestimated the importance of environment on creativity.

After that, we decided to share a nice studio in Kreuzberg with my friend Kris Baha, and I instantly began to be productive again. I started with an LP of edits, then produced a collection of tracks which would later be released as these two records for Malka Tuti, and on Ivan Smagghe’s Les Disques de la Mort.

I’m gonna be honest, this one is in two parts because somehow I thought people would be bored after four tracks. Personally, I would.

The titles of the tracks – ‘He Just Wanted To Hang Out With DJs’, ‘Party Old Boy’, ‘Irritable’ – feel charged with a sense of caustic irony… Are these nods to particular stages of your career, or a reflection on your current reality in the industry?

I don’t see any irony. Sometimes it just makes me laugh. For instance I was trying to find a title which would describe my exile in Berlin and ‘Holiday in Panikstrasse‘ came out. Sounds like a nice trip turning bad, which is not my case, but I see a lot of people moving to Berlin and getting totally lost here. They usually move back after a couple of years.

‘Party Old Boy‘ is how Tanja, who sings on the track, called me as she was improvising. We kept it.

‘He just wanted to hang out with Djs‘ is about someone – you know this guy – obsessed with filling his social life with Djs. I never understood that, how cool it seems to some to be surrounded by Djs. There’s nothing as depressing as Djs’ talk, it’s only about the bookings they had and the clubs they played in.

From your debuts with what’s come to be called the legendary ‘French Touch’ to your work at the helm of I’m A Cliché, onto ‘Holiday In Panikstrasse’, it’s been a long, non-linear way… From a soundmaker and DJ perspective, how did you experience the rise to prominence of electronic music?

As everyone knows, the Dj thing has become something else completely. Within a couple of years, Djs have turned into someone to look at, to shoot at. Their place is on-stage, their persona is now a brand.

It’s a bit weird to me, and I’m not the only one feeling that way, as the specific status of the Dj was one of the reasons why I became one: it was a cool way to stay in the shadow while interacting with the people through music. If you were dreaming of being a pop star, then you played in a band.

If somebody had come up with a concept like Boiler Room twenty years ago, people would have died laughing.

Let’s flash back to the year 1998, what’s the young Benjamin up to then?

Honestly I had no plan except for getting my music to be released. I just sent music to a few labels randomly, and Etienne de Crecy’s Solid showed interest, gave me money to buy a new sampler – the Akai s3200xl (what a beast it was to me back then) and I had an 8-track tape recorder, which to me was like owning Abbey Road. I was just starting as a Dj and I was really shit at it… I have a couple of embarrassing memories. 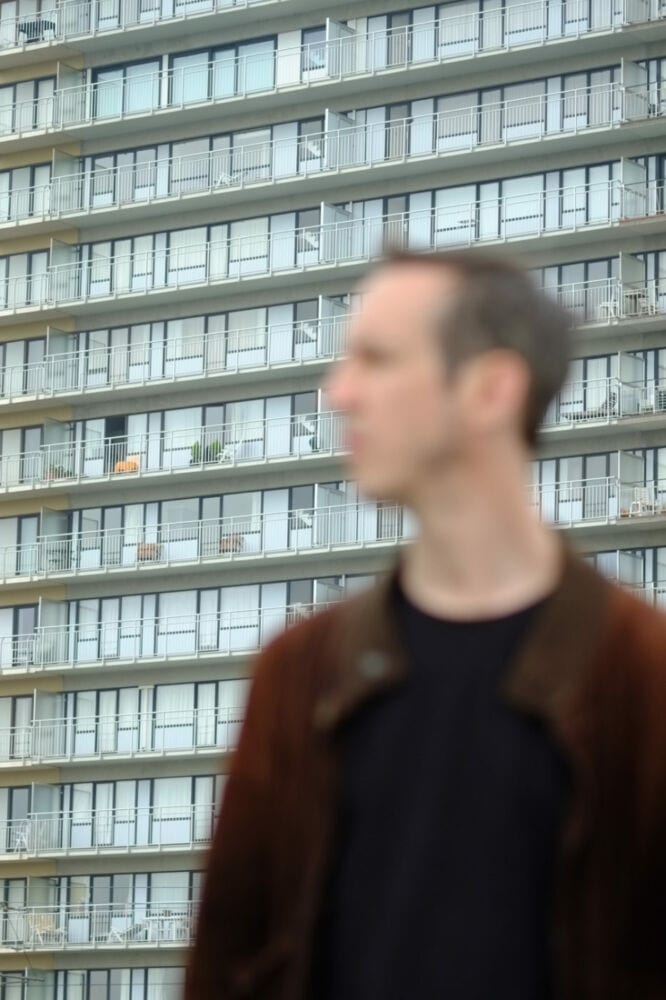 You grew up between West Africa and central France, before moving to Paris in the early ’90s. I guess it came as a bit of a shock, immersing yourself into this effervescing pool of talents that was about to take the world by storm…

I arrived in Paris quite some time before that, there was nothing except maybe the Trip-Hop thing, which was terrible, and Acid Jazz (yeah, such a thing really happened).

The whole club scene, Daft Punk, Motorbass, F Com, arrived a couple of years later, and they were all real parisians. I was not a part of this world. I only started to be immersed in Paris nightlife a bit later, in the Pulp days. I’ve never been a trainspotter. I’ve become a real dj doing it, not looking at them.

How would you say your surrounding effect your music? Do you think Paris helped forge your identity as a musician?

The good thing with being on a parisian label back then, and a successful one, is that I got access to a world unknown to me before: the studio world.

I love lo-fi music. I don’t care how something is recorded as long as the sound fits the music, but I’m also interested in proper studio production. I like the old-school process of making a record in studio, making it a creative space to experiment.

How were you introduced to dance music? What was the first (electronic music) record you laid your hands on?

Depends on what you call dance music. Rock is also dance music, hip-hop too. I’ve listened to a lot of old-school hip-hop as kid. Maybe Mantronix – I bought ‘Music Madness‘ when it came out. It’s not their best record but I used to love it. Or New Order of course, ‘Bizarre Love Triangle‘, which came out the same year.

I also remember that Acid House tape compilations from england were all over the place in ’86, and they were amazing to listen to for a kid from a small french town. To me, Madchester would follow, with its strong ties to dance music.

How did you learn DJing?

Lots of embarrassing gigs are the best way to learn.

Which artists served did you look up to the most as a young producer?

Production is the language I’ve always tried to understand, whatever the genre. I’m obsessed with it. I like to understand the process of making a record.

Of course, nowadays everybody pretends they were listening to Coil when they were twelve, but personally, I learnt from listening to the Beatles, David Bowie’s Berlin trilogy or Stevie Wonder more than any other records. To me, all the lessons in production you need to learn are already there.

I must say that later, Talk Talk ‘Laughing Stock‘ would also teach me how to bring air and space into music.

What producers have your interest these days?

There’s plenty of great music, but I’m quickly bored. It probably has to do with Djing and having to look for new music and new producers all the time. You just easily switch onto the next. Anyways, if you really want a name, the latest great album that I heard was Alessandro Cortini ‘Valume Massimo‘.

To make a track I’m proud of. It’s not so often.

Clapping between Dj sets. Seriously, how ridiculous is that? Just enjoy the party, stop celebrating everything!

A couple of gigs. Can’t wait to play Cocktail d’Amore again for the new year on January 4. It’s my favorite party in Berlin.

Holiday in Panikstrasse Part 2 is out now via Malka Tuti, order a copy from Bandcamp.

A1. Fragments of Reality (feat. Fantastic Twins)
A2. He just wanted to hang out with the Djs
B1. Party old boy (feat. Tanja Vežiç)
B2. Irritable