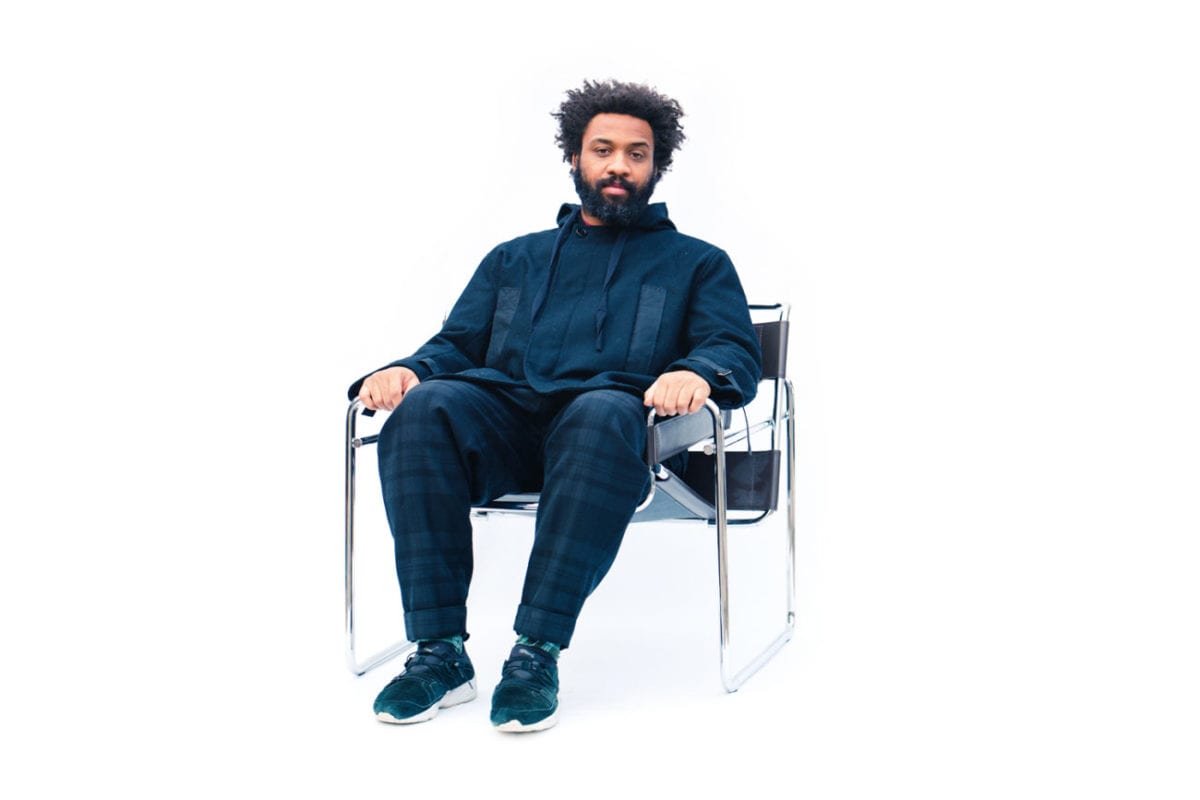 Nurtured on jazz and soul music, it’s no mystery why the sound developed by Parisian producer Neue Grafik drapes itself in the silkiest of sonic folds and wrinkles, avid for the solar and radiant power of a deep, funky groove to bind the most motley of crowd together. After releases on the likes of Beat X Changers, S3A Records, Wolf Music and Tenderlonious’ 22a, French vibist Fred Bwelle eventually makes his debut on a label that he – for some reason – seemed fated to work with: Bradley Zero’s Rhythm Section International.

Accompanied by Tartelet affiliate Wayne Snow who lends his soulful vocals to the title-track on the present ‘Innervision‘ record, Neue Grafik steps up with a most urban-leaning mini-album that bridges the gap between Paris and London, hip-hop and jazz, club-friendly sequences and pensive saunters. Eager to find out more about the roots and raison d’être of this collaboration, NG’s sources of inspiration and how ‘Innervision‘ more generally came to be, we caught up with Fred and Kesiena to give you a bit more insight on the duo’s ways and means. Press the play button down below and get a taster with the fetching Rhodes-heavy jam ‘To Peckham Rye‘. 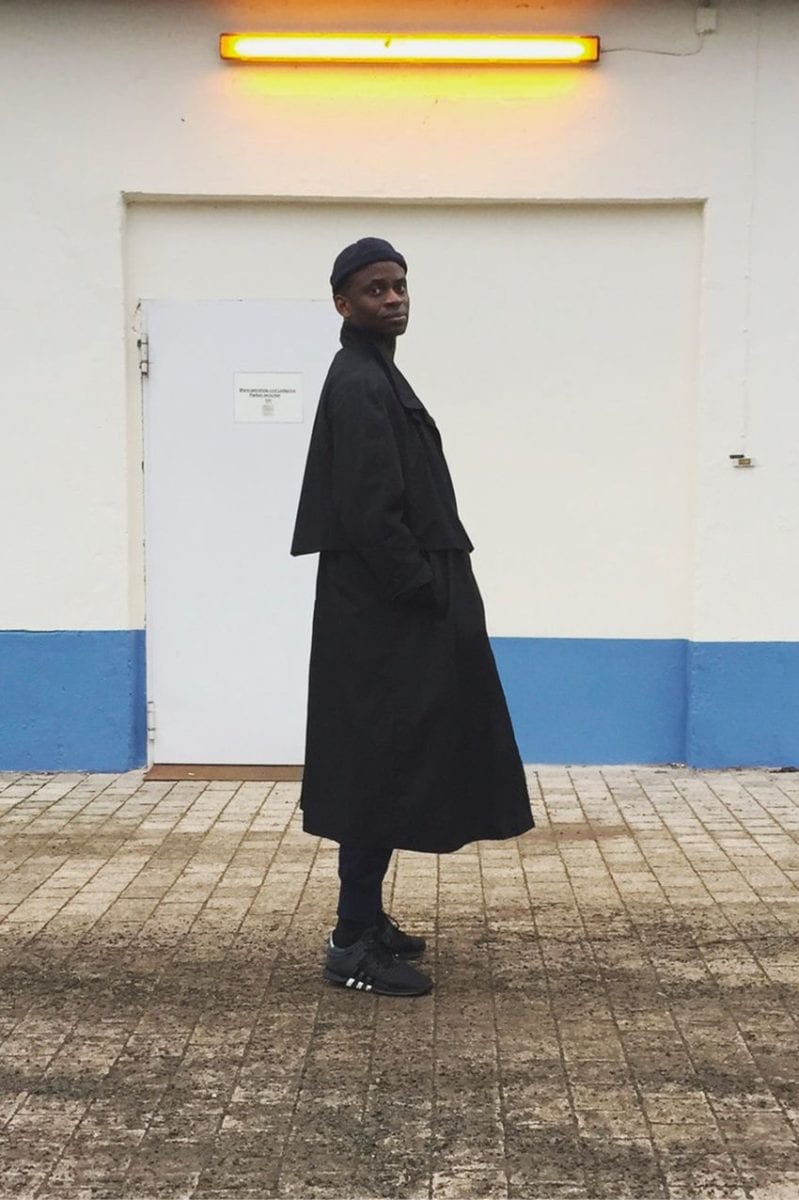 Fred – the story goes that you met with Bradley Zero (honcho of the Rhythm Section imprint) in Paris back in 2016 – which was the starting point to a friendship that saw you play a string of shows together across the world, before eventually having you pop up on the label today with the present ‘Innervision’ EP. Can you tell us more about this record? What’s the main idea behind it?

Fred: This record has been created during a weird political period, between two countries and their own issues. English Brexit and French elections. At that moment, we heard different kinds of close-minded and xenophobic ideas. I wanted to crystallise that period, share a state of mind based on spirituality and personal elevation to transcend this blurred-out occidental world.

Where did you draw your inspiration for it ?

Fred: Since ‘Roy‘ (my last release on Beat X Changers) I’ve been fascinated by divinities and beliefs across the world. So I was looking for information on the Yoruba’s belief, and next to that all similarities between Paris and London. Dancers of the French scene inspired me for this record as well.

Most of the tracks’ titles evoke familiar places in Paris and London. Were you looking to weave a narrative that would bridge the gap between the two metropoles’ distinct scenes and musical identities?

Fred: Well done! The music and souls of these two cities are so different, just like their own migrations and cultural mixes (not to mention codes, food, traditions and worldviews).

It’s really interesting to see the dancing rhythm of French dancers inspired by house, hip-hop, loops and hypnotic trance compared to the broken beat, garage or grime scene from the UK, where the moves are sometimes more aggressive and/or complex. I feel like belonging to both these two worlds, bridging them with a bit of jazz.

Fred, Wayne – on which occasion did you guys first get in touch?

Wayne: We met in Berlin at Ritter Butzke, after a brief chat on facebook. Fred had a show in town so we decided to meet there.

What motivated you to start recording together? Were you familiar with each other’s output then?

Wayne: Fred knew most of my releases already and asked me if I were keen on recording something with him when he first contacted me on Facebook. I was eager to try out something after listening to some of his stuff on soundcloud.

Fred: The vibe of his track ‘Rosie‘ totally freaked me out! I was really curious to meet this deep and personal voice.

Your two musical universes are very close in essence – jazzy, solar and definitely aimed at getting the dancers into deep, cottony realms. Did the recording process feel equally natural in the studio?

Wayne: Not always. It took us a little bit of time and experimentation. We’ve always tried to work directly at the studio. I remember once Fred recorded about 20 demos and sent them over to me via internet. I didn’t pick any of them… I wish I had a pic of his face when we met afterwards at his studio in Paris. He was so mad.

Fred: Wayne likes to experiment and hear something fresh which inspires him. And personally, I love the instinct and the chat between two powerful identities. It takes time to find a perfect junction between our personalities. But when we do it I like what we can make together.

Wayne: We always have endless talks and arguments before each recording. What I love about Fred is just that we never know how all of a sudden we come up with a whole track done.

Fred: Hard but lovely. He’s an amazing artist. I try to stay 100% focussed on our purpose when we are in studio. 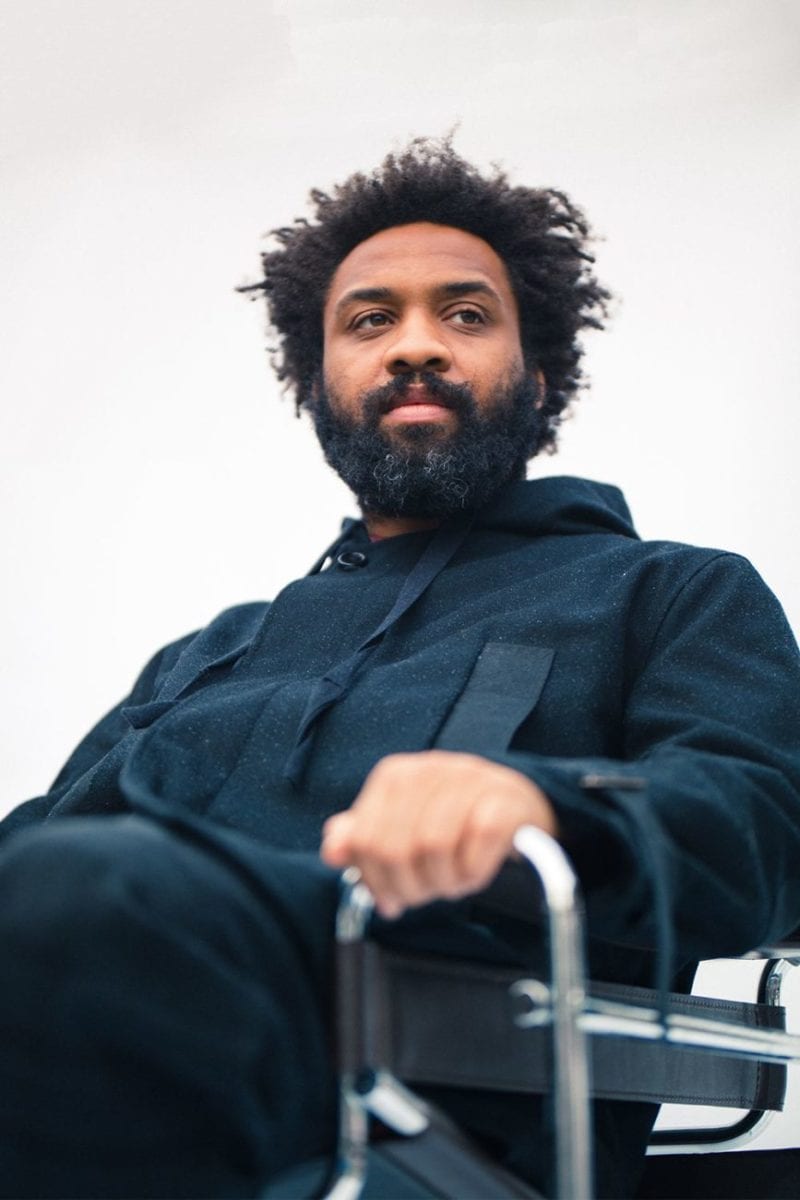 Since your music’s got such a strong smokey jazz vibe to it, I guess your knowledge on the genre must be rather complete, am I right? Who are your favourite jazz artists and why?

Fred: (Laughs) Yes! I just can’t hide that I deeply love this music. This answer can be long, but I’ll try to keep it simple and down to just 6 names (non-exhaustive list of course):

More than the music itself, I like the instinct and the language of these artists. They are like my lifeline, key bricks in my language and an integral part of that “way” I’m trying to follow.

Wayne – You’re operating out of Berlin, which is definitely THE bastion for techno music but a little less on the funky, vibey side of things. How do you like the lifestyle/scene/opportunities there?

Wayne: Berlin is pretty chilled in many ways. People have started incorporating Jazz into their work and it seems more and more natural to hear. A band like Brandt Brauer Frick is a great example No one is afraid to turn techno upside down. That’s what makes Berlin very special to me.

Wayne – you released all your records via Danish imprint Tartelet Records to this day. We recently had a chat with label boss Emil Nyholm and spoke of the imprint’s 10-year anniversary. Will you take part in celebrations? Is there a new EP on Tartelet under way?

Wayne: Yes there will be some new stuff coming out but I don’t know on which label yet.

What’s your schedule for the next few weeks looking like right now?

Wayne: I have a couple of gigs with my band and I will be recording new material with different producers. I can’t say too much at the moment.

Fred: A lot of gigs, and we’re celebrating the release of the record on Rhythm Section at Corsica Studios on April 1st, so you guys should swing by! A lot of new music too. I’m currently composing for a new band: Neue Grafik Ensemble.

Innervision is released via Rhythm Section International on 16th March, pre-order a copy from Bandcamp or get it here.

A1. Innervision (feat. Wayne Snow)
A2. Dance To Yemanja
A3. To Peckham Rye
B1. Barbes Interlude
B2. Why You
B3. Aulnay’s Tears