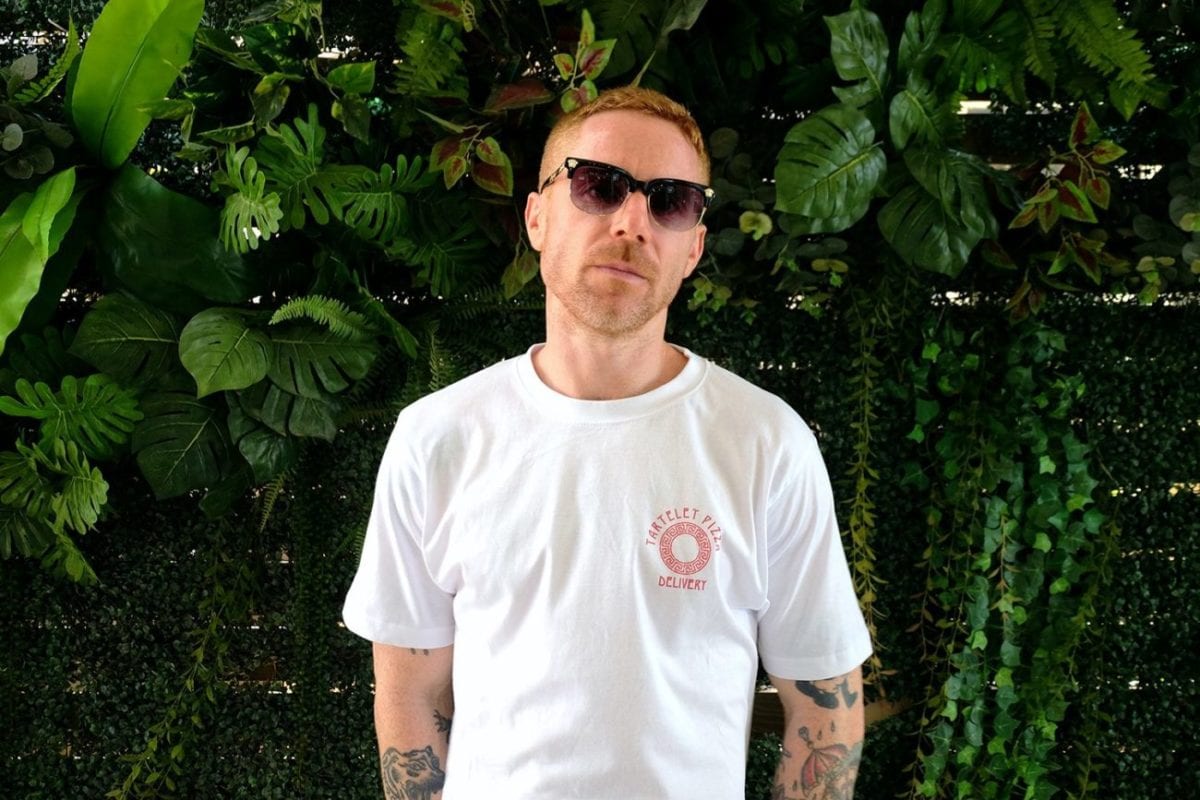 A single year of operation at Tartelet Records is already quite something, so imagine what the label’s tenth year in the game should sound like. Founded in 2007 by Frederik Bille Brahe and Tomas Barfod, who have been progressively replaced by today’s mastermind Emil Nyholm, the Copenhagen-based imprint has become one of the finest house platforms for all things funky and deep, revealing to the world the brio of acts like Kenton Slash Demon, Max Graef, Glenn Astro, Uffe, Nu Guinea and many, many more. Dream team, isn’t it?

Keen to pay tribute to one of our most favourite labels out there, we jumped on the occasion and had a chat with the ever-busy Emil aka Muff Deep (RIP) aka Dirk 81, the new guise under which he’ll deliver Tartelet’s inaugural celebratory EP in a few days. Tasty as its title suggests, ‘Pizza Trance‘ reels out three addictive slices of chiselled and indeed trance-inducing discoid house that we have no doubt will get rinsed over the coming S/S festival season. Get a taster of the funky storm to come with this full-on anthemic title-track in its main mix form. TUNE! 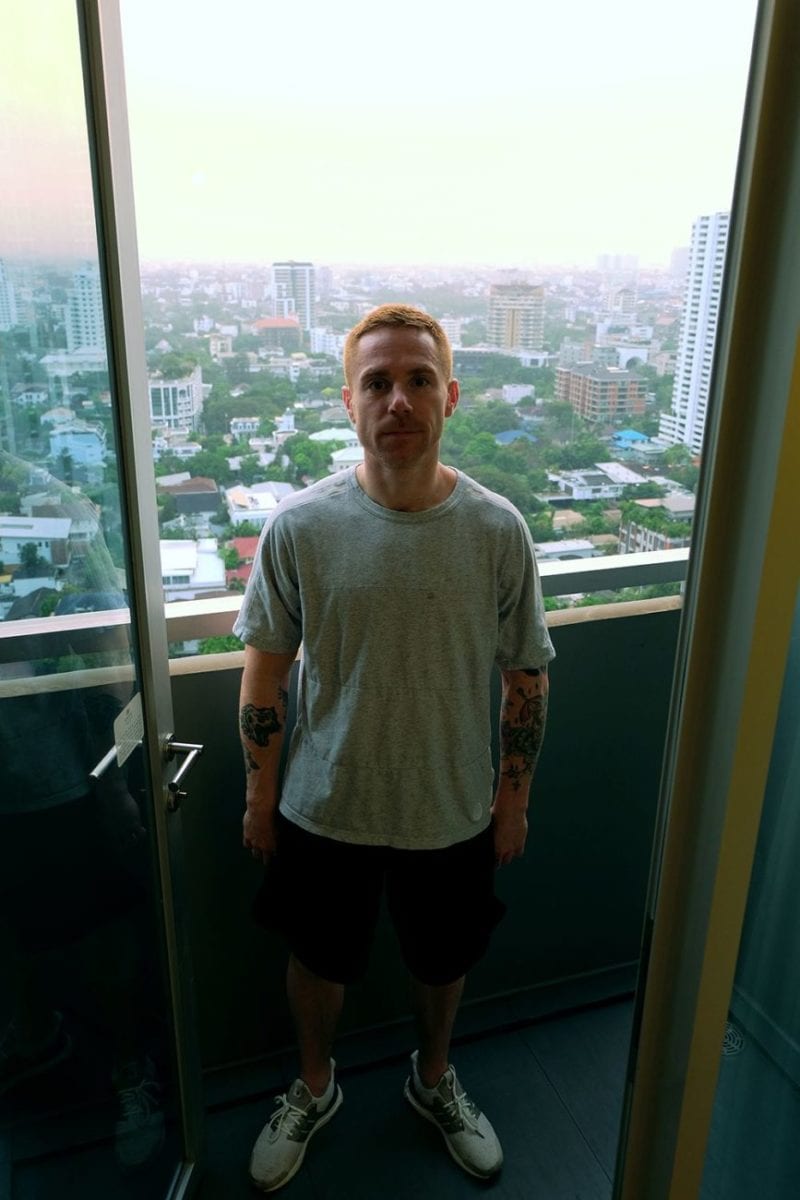 Tartelet is entering its 10th year of activity and you’re kicking off celebrations with a vibey three-track EP of your own hand under the new moniker of Dirk 81. Can you tell us more about the record and what it represents to you?

I’ve been wanting to put out new music for such a long time but didn’t find time to focus on producing new material… now, five years down the line, times have changed and I felt it was time to put Muff Deep to rest and move onto something new. The record definitely represents a new direction for my own music but perhaps also for the label. I’ve never been able to commit to any one style or genre, and tend to focus more the quality of the music, less on genres.

The intention with this new EP was to make something for the dancefloor, a return to the roots if you will. After venturing through other styles I felt the urge to focus on something electronic and dancefloor orientated again and that’s what the new moniker ‘Dirk 81’ represents; good ol’ house and techno.

The universes of music and food are closely tied over at Tartelet, which you co-founded alongside chef Frederik Bill Brahe; a combination funnily summed-up by the title of your new EP, ‘Pizza Trance’. What kind of relationship do the two structures maintain?

Yes that’s right, and it seems the two are becoming more and more intertwined. We’ve always had this thing with food, partly because Frederik is a chef, but perhaps also because of where we are from. Copenhagen is all about food. It takes up a lot of space in our lives and daily conversations… I recently moved back to Copenhagen after spending six years in Berlin.

One of the main reasons for moving back was food. The other reason was the sea, which I cannot live without. I’ve also been working on a little restaurant concept of my own, which I’m hoping to bring to life this year.

What other anniversary plans do you have up your sleeve? Can we expect some special events/releases after that?

Oh yes. We have a multitude of things lined up for 2018, the release schedule is packed with material from mainstays Max Graef, Glenn Astro and Nu Guinea + new signings, Cuisine Dub from Croatia, N.O.T.E from Milano, B From E from Copenhagen, and our first album of the year, Space Ghost from Oakland, U.S. ++ The aim is to release four albums and eight 12’ in 2018, if everything goes according to plan.

On top of that we will be touring throughout the EU this summer and the U.S. in autumn. We are also planning an extended two-day event in Copenhagen this summer to celebrate our 10-year birthday.

It’s your first solo 12″ since ‘Enter The Muff’ as Muff Deep. Have you got some other tracks done in the meanwhile or did you exclusively focus on releasing other people’s material?

Of course I did but I’m extremely critical of my own work, so most of these tracks ended up in the bin. I did release a few things on samplers and compilations and together with Max as CTEPEO ´57. Besides that I’ve been exploring the role as executive producer, working with artists and trying to shape their sound (Wayne Snow, Uffe, N.O.T.E ++).

It has been my main focus to help build other artists and release their music – that’s what I do best, I reckon. It’s easier to “sell” someone else’s apples than your own. 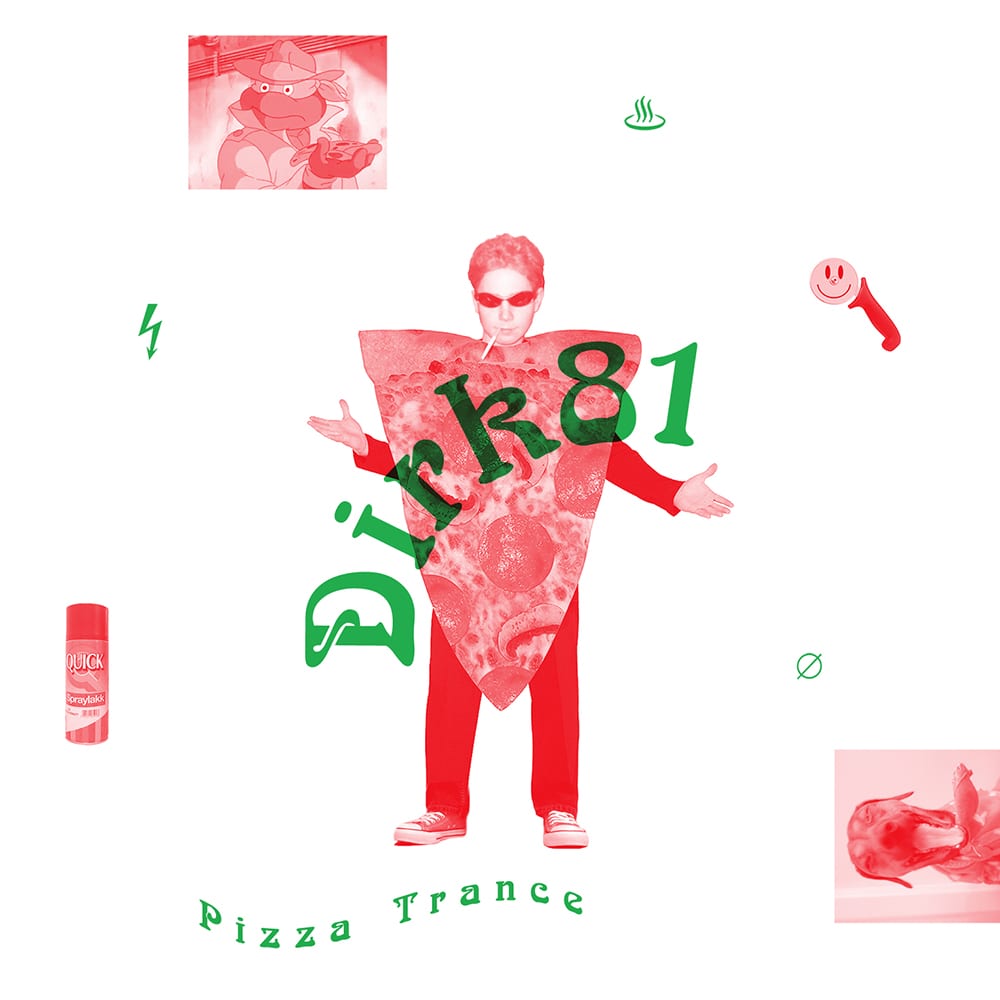 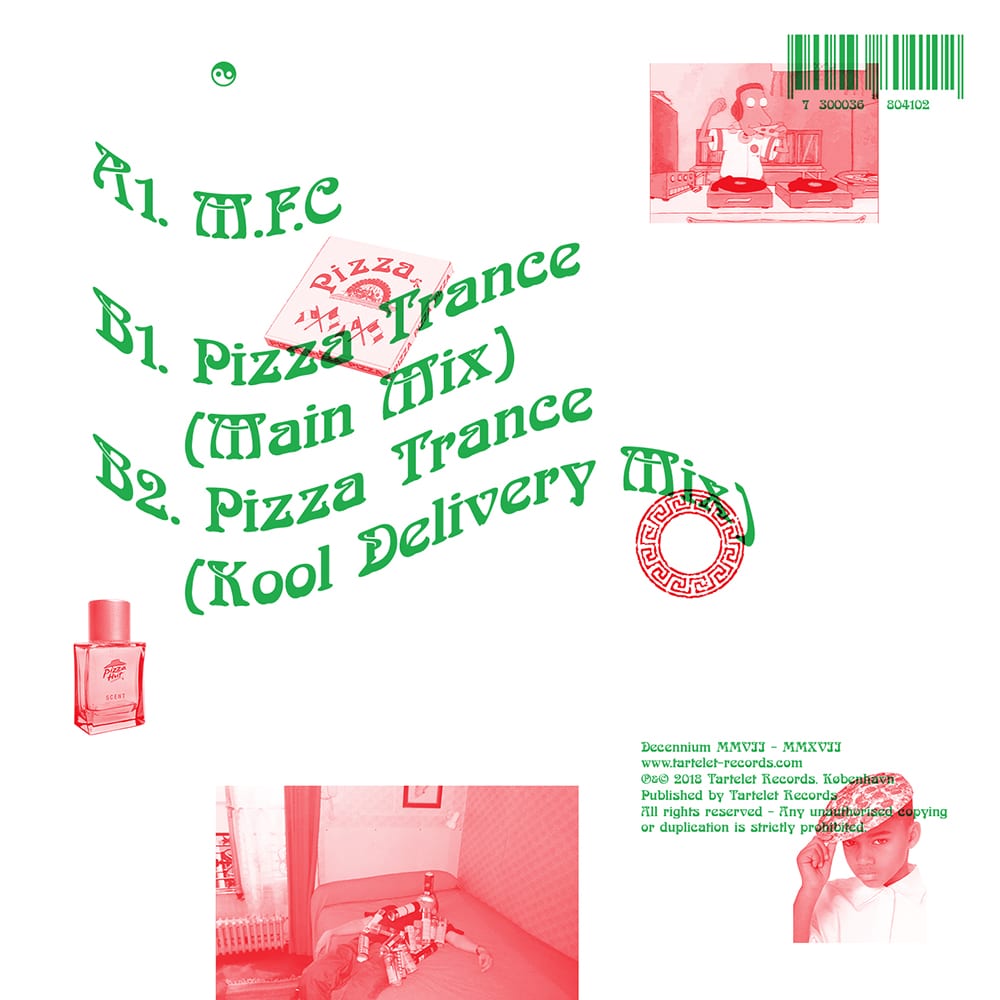 What was your introduction into the realms of electronic music? What prompted you to start the Tartelet venture?

That’s a good question – I actually didn’t start Tartelet Records, Frederik and Tomas Barfod did back in 2007 (first release 2008), I joined a year or so later to help run the label and later took over. Tomas is no longer part of the label, but Frederik is. Even though he doesn’t take part in the day-to-day. Frederik remains an inspiration and motivational factor always willing to help where he can.

My introduction to electronic music happened back in the late 90s when I was in high school. Back then, hip-hop culture was my thing, and I spent most of my days chasing trains in Copenhagen. I got introduced to trance through a classmate and was into that for a while before discovering house music. I remember my first house party experiences at the legendary Vega and Basement venues inCopenhagen. Seeing Dimitri from Paris performing at the ‘Paris Is Burning’ party at Vega was an eye opener for me.

Copenhagen is home to quite a healthy number of quality outlets including Posh Isolation, Ectotherm, Echocord and more… How’s the emulation between artists and labels over there?

In terms of emulation, Copenhagen is a small city, so it’s hard not to cross paths. But since I’ve been away for so long, I must admit that I don’t know many of the new faces. I also have the feeling that competition is fierce (maybe due to the size of the city). Personally I would love to see more interaction and cooperation between the labels. Labels unite!

What are the key places we should visit the next time we come to Copenhagen? Any favourite club/record store/bar/park…?

It’s hard to keep up there is so much stuff happening at the moment, new clubs (FINALLY!), tons of restaurants and bars opening, markets, food halls…

Starting from the top – in terms of clubs, after many years threading water, last year saw the opening of several new venues on the south-west side of town. These new venues were all DIY warehouse-style underground initiatives. Most prominent Et Andet Sted and Sydhavnsgade, who completely turned things around for the city in terms of clubbing.

Sadly, both of these venues had to shut down again due to city planning but I’ve heard that ‘Et Andet Sted’ will reopen in an old monastery downtown. Big up to the people behind these new venues, Copenhagen really needed that.

For restaurants check out Frederik’s new place Apollo Bar & Kantine – they serve up simple but tasty dishes and on weekends it turns into a festive bar with good music played on vinyl. Many new record shops have opened up over the last year or two but my favourite is still CAN Records on Tulinsgade. Here you will find a good selection of hard-to-find second hand vinyl. Also worth checking out is Percy Records on Nørrebro – they specialise in techno and avant-garde electronica.

Do you remember the first record you ever bought?

Not really, but it was definitely some ’90s rap thing…

What generally make you happy in life?

Simple things, food and music, girlfriend, family and friends, running in the morning, an afternoon nap. My dog George.

What irks you the most?

Haha. I have a bad temper (ginger genes), so anything can piss me off but I usually come around after a few minutes of time out.

I’m on my yearly meditative get-away, currently sitting on a beach in Thailand watching the ocean. I’ve been doing this every winter for the past ten years, it helps me put things in perspective, recharge and come up with new ideas.

Pizza Trance is released via Tartelet Records on 5th March, pre-order a copy from Bandcamp.

Discover more about Dirk 81 and Tartelet Records on Inverted Audio.