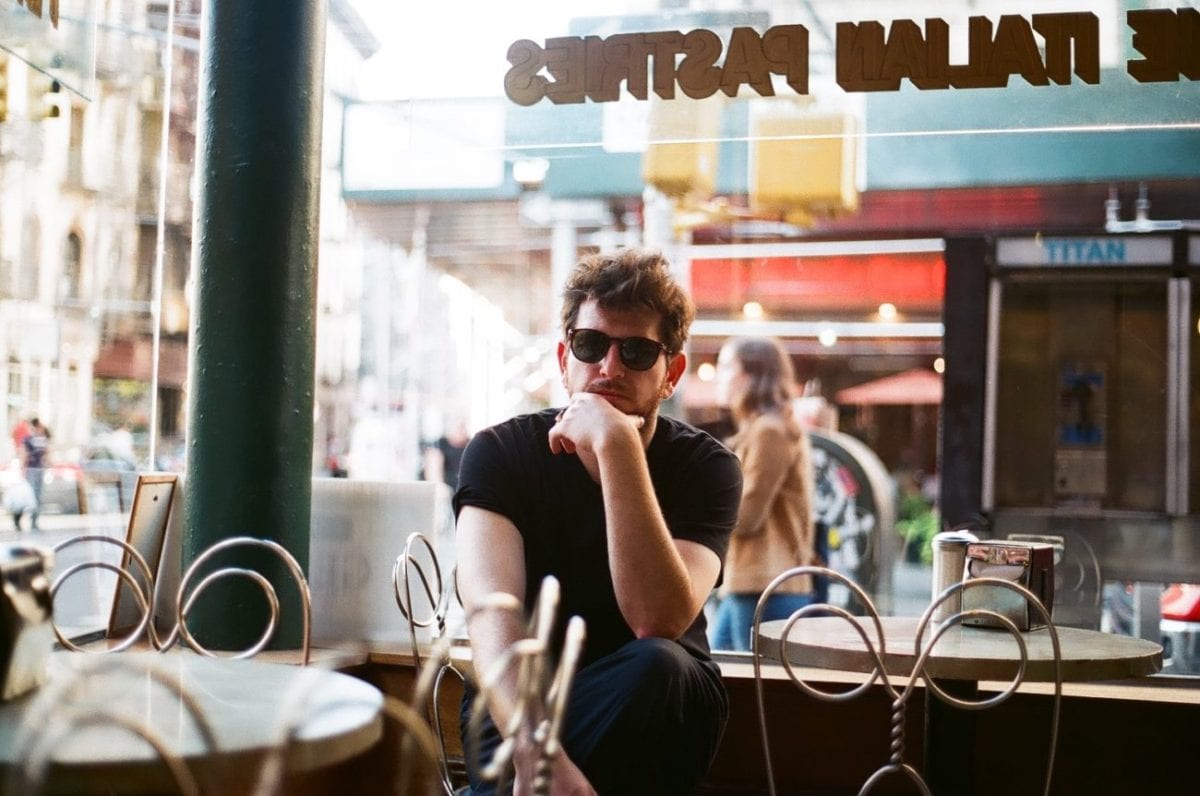 Director of operations at Disco Halal and the ephemeral Treisar, Berlin-based producer Chen Mosco aka Moscoman saw his agenda go from packed to chock-full in 2017, keeping himself busy releasing friends’ output and music of his own at an astounding rate. Now that the Treisar chapter’s come to a close and a new one’s about to open, Mosco eventually takes the leap with his longed-for psychedelic, Middle-Eastern flavoured debut solo offering for Disco Halal, ‘I Ran‘.

Tried, tested and approved by the dancefloors the Israeli producer’s got to turn upside-down thanks to its hypnotic induction, this mesmeric roller is finally seeing the light of day for our greatest pleasure, finely complemented by a particularly inspired revamp from Muscovite duo Simple Symmetry. We sat down with Chen to discuss the record’s raison d’être as he goes into Disco Halal’s origins and perspectives, 2017 highlights and future plans.

2017 has been a very busy year for you on all fronts, from putting out your own productions to your work as the hyperactive father of Disco Halal and Treisar. How do you keep up with this insane rhythm?

Thanks! Well, I eat well, I do yoga, and in general really love what I do. What you’ve described here, I just call it life.

What highlights will you keep from last year’s frantic rush?

Wow, so many… My first trip to Japan will remain in my memory forever, I’ve never been smitten quite like that before. I also really enjoyed all my trips to the US and seeing how the scene is bubbling and getting better each time I return. Treisar was a hard project which I’m happy to have done, Disco Halal had some great releases. All in all it was a dream year.

2018 will see the release of your first solo EP on Disco Halal, finally! Why did you wait all this time?

Well, I sometimes even wish I’d have waited more but I made ‘I Ran’ and it just felt perfect for the label. I started this project for my friends and to release music I love. It was never intended for my personal gain, I always had other outlets to release music and I still do. Disco Halal was for people that didn’t have a room to speak yet and now they do.

What’s the concept behind the record? You speak of it as a return to the roots of the label and its Middle-Eastern essence. Can you tell us more about its making and what it represents to you?

The concept behind the record is simple… as always, it’s a melting pot of sounds from the Middle East, techno, punk and all the things that represent who I am as an Artist. At the beginning of Disco Halal, I intended to release more edits of middle-eastern songs for dance floor use and ‘I Ran‘ serves this same purpose even though it’s a completely original production.

Do you feel you may have creatively or personally lost sight of the label’s origins/destination at times? Or was it just a way to refocus after a period of intense activity?

I didn’t and will never lose sight of the label’s origins because as I said earlier, I started this is label for music that I love and it has no boundaries: from Japan to Brazil, from Russia to London, it makes no difference, the struggles and the conflicts are the same. Tastes change, what was relevant in 2015 doesn’t have to be in 2018. On the contrary I feel that you always need to look inside, see what you love now and bring it out.

What’s next on the Disco Halal / Treisar menu? Any new releases lined up that you can tell us about yet?

Treisar was a temporary imprint of just Moscoman music, it’s gone now, and Disco Halal has a variety of releases coming, such as the new Simple Symmetry, Kiwi, Auntie Flo, Autarkic Remixes, Mount Kismet and many more.

Where there is love, I’ll be there. Meanwhile you can catch me here:

I Ran is released March 16th on vinyl and March 30th digitally.

A. I Ran
B. I Ran (Simple Symmetry Remix)

Discover more about Moscoman and Disco Halal on Inverted Audio.