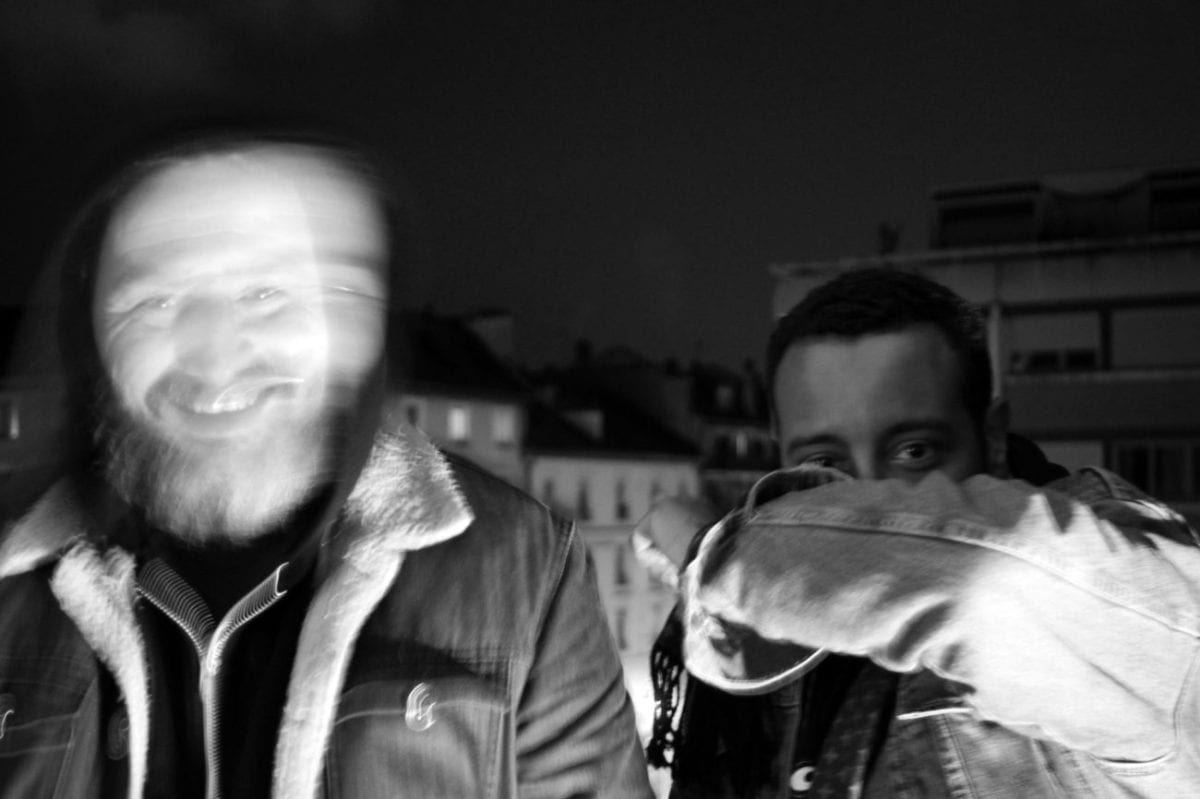 Imagine burrowing through the craggy reliefs of mist-shrouded hills expanding their green-clad mantles beyond the stretches one consciousness can hold, trekking far and deep into the humid forest as a deep breath of organic and synthetic layers begins to rise from the silent canopy. The damp foliage drips and your soles skid upon the steep rock faces of the mountain that overlooks the leafy plateau you’re looking to extract from, filling your lungs with the fresh air of the altitudes.

This is where African Ghost Valley‘s ‘Colony‘ decided to set up its camp, in between stony south-facing slopes and sun-starved cavities, all enfogged in a thick haze of black magic ambiences and weatherbeaten sonics. Bold and ambitious, the duo formed by Childe Grangier and Gabriel Ghebrezghi goes unparalleled when it comes to carving out harsh, immersive drones and battered ambient scapes, as further asserted by their new record for Natural Sciences. Stream the mini-LP’s opener ‘North‘ and take a moment to read through our in-depth chat with the pair down below. 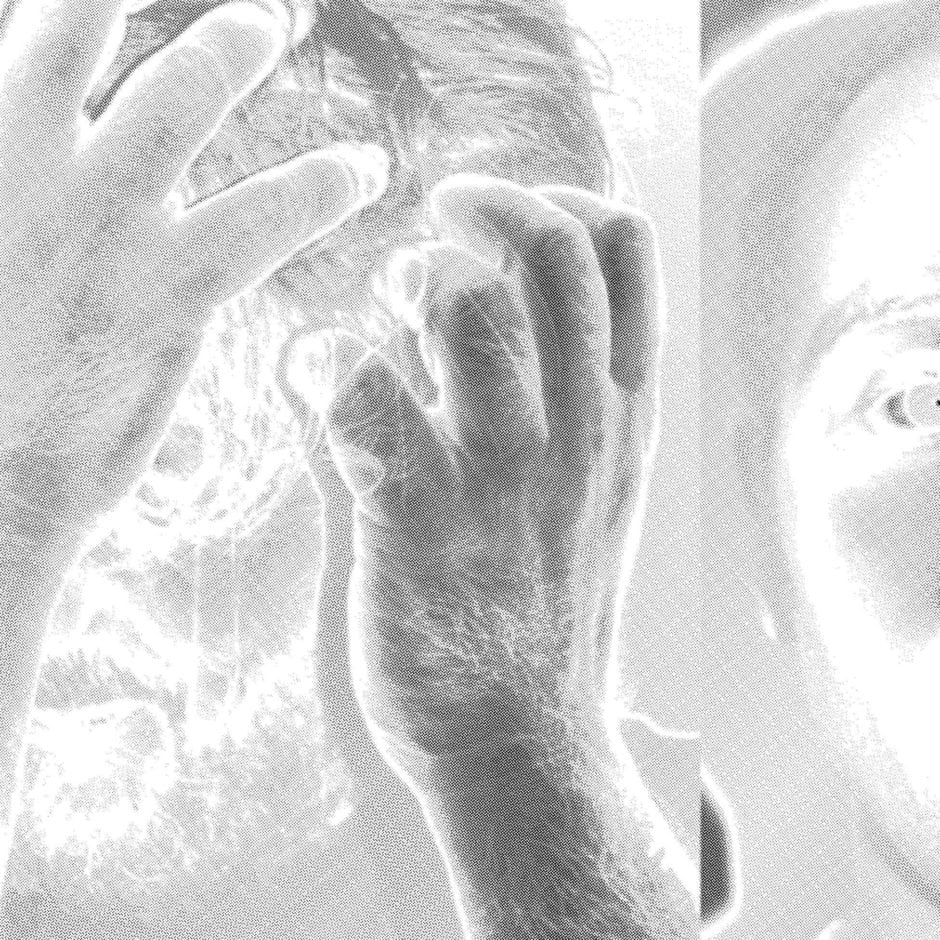 Hey chaps, first things first, what about the name African Ghost Valley? What does it mean to you?

African Ghost Valley is a name we found by association, through kind of a “cadavre exquis” process, but it means nothing in particular. Maybe a big playground to be free and have no limits, no borders, and be able to experiment everything. It could also give a mysterious exotic echo to the project and we like it that way. An evocation.

How did you guys first get in touch? What was the starting point to AGV?

We never met before we decided to start AGV and from then we became friends through the project. We wanted to define a free zone, where no style could stop us and our creativity and hunger for discovering more and more assemblages, instruments, experiments, lo-fi, hi-fi, concrete sound manipulations… And for that we were lucky to have the Black Bunker studio to welcome us… There we are doing what we want and can collect ideas and strange materials as we like on a daily basis.

Since your beginnings in 2015 you’ve released no less than eight albums on tape and as many EPs, which makes for quite an impressive sum of recordings. Were these archival stuff or just-in-time productions?

In-time productions only, no archives. In 6 years maybe we will have archives… Now we are releasing only fresh stuff, which for us is exciting since we are building our road with our audience in parallel. We’ve been playing for 3 years regularly and we enjoy the fact that we do not know what we are doing. Meaning that before each sessions we determine what we’re gonna use, our samplers, some devices, and from that we will create with no preconceived ideas. The sound is what is guiding us in different patterns and landscapes. The flow of improvisation, plus some accidents too.

The widescreen full-length format has become your go-to mode of expression, like most ambient and drone acts out there. How do you structure and organise the tracks together? Improvisation and free jamming are at the heart of the African Ghost Valley project, which gives ‘Colony’ a further organic/honest feel. Do you alter/edit the original recordings a lot or let them reel out unhindered?

There are two steps in our production process. First is the studio, and as explained above, this is how we organise ourselves for each sessions. We collect and then it is editing and the production step. Most of the time we work with blocks of live recordings we got, instruments tracks are rarely recorded separately and like that we get a sense of truth and spontaneity and accidents to the listener out of purely improvisational sessions. Not that we mean we want it that way but for the past three years it’s been how we cooked our sauce. 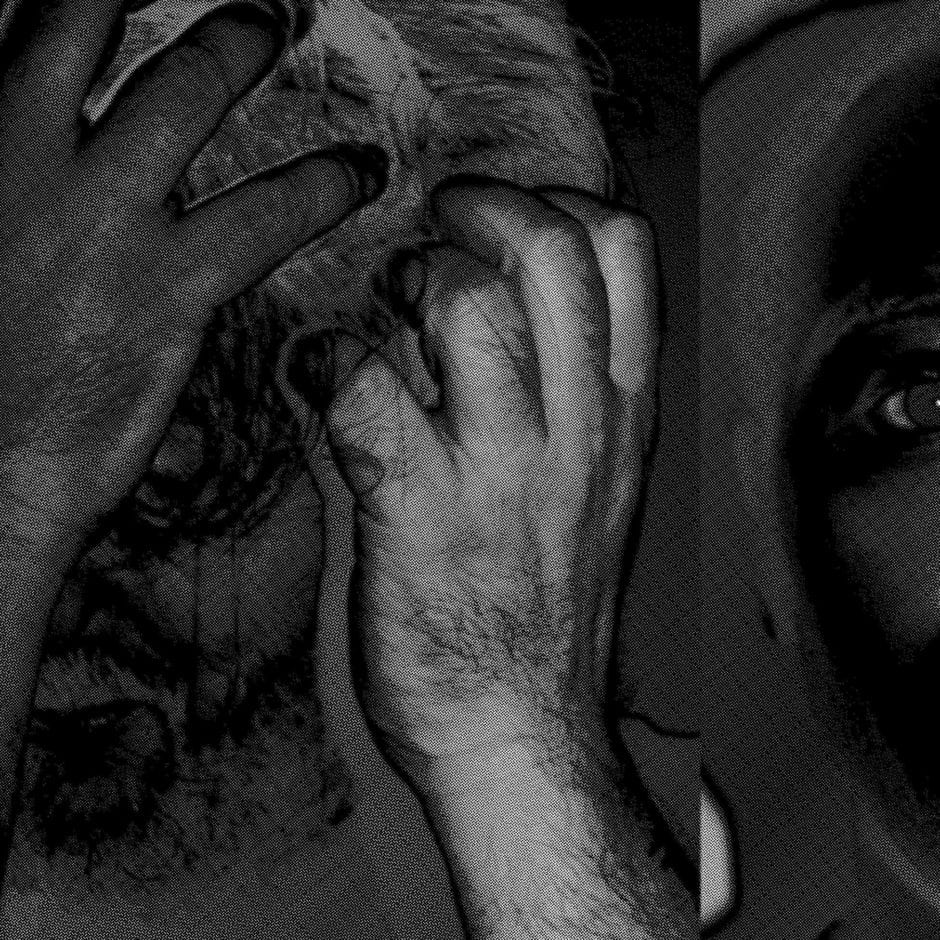 What is that mysterious Black Bunker studio? Can you tell us more about the place?

The Black Bunker is a studio located in a public car park, level -2, which you would not find if you weren’t told. It is a way for us to unify physically all the sources we are recording, which we then feed to our machines, and work and develop the valley and her ghosts, as they are many in our belief. Haunting us and our walls. Ghost landscapes for most of them, and sometimes characters that appear across the mist of our sounds.

It was mentioned in the press release that you let microphones on “to archive field recordings and wayward audio drops, capturing the hum and lifeblood of the ‘Bunker and the wheezing lungs of the dense concrete” around you. I’d say the equally enveloping and eerie feel of the infra-perceptible layers play a rather crucial part in the beauty of this album. Was it a new way for you to operate?

For us it is about being open to what is going on, letting things happen and then listening to what we get out of it. Some will give us direct emotions and those ones will, session after session, build a release. ‘Colony‘ is full of that dense and openness. We are not making music to repel the audience. Recording unplugged sometimes, recording plugged another time, through an old tape recorder or a microphone linked to some effect pedals used in Metal bands.

What we want is to welcome everybody, even though it may sometimes feel harsh or difficult, and we know that there are effectively many different interests and tastes in the audience. Some will feel what all those dug-up noises and sounds are about straightaway, some will just get to the surface and will hit the narratives later on.

An important point of that project to us is to feel that we are telling a story – no idea which one most of the time but there’s this feeling something is speaking to you… If the sounds speak to us then it will speak to the ones in need for it. This can define our way of doing maybe.

Where are you headed next?

Some new experiments and releases, discovering more artists and doing some collaborations too. Maybe more gigs. Seeing the light outside the Bunker…

Colony is released via Natural Sciences on 12th May 2018.