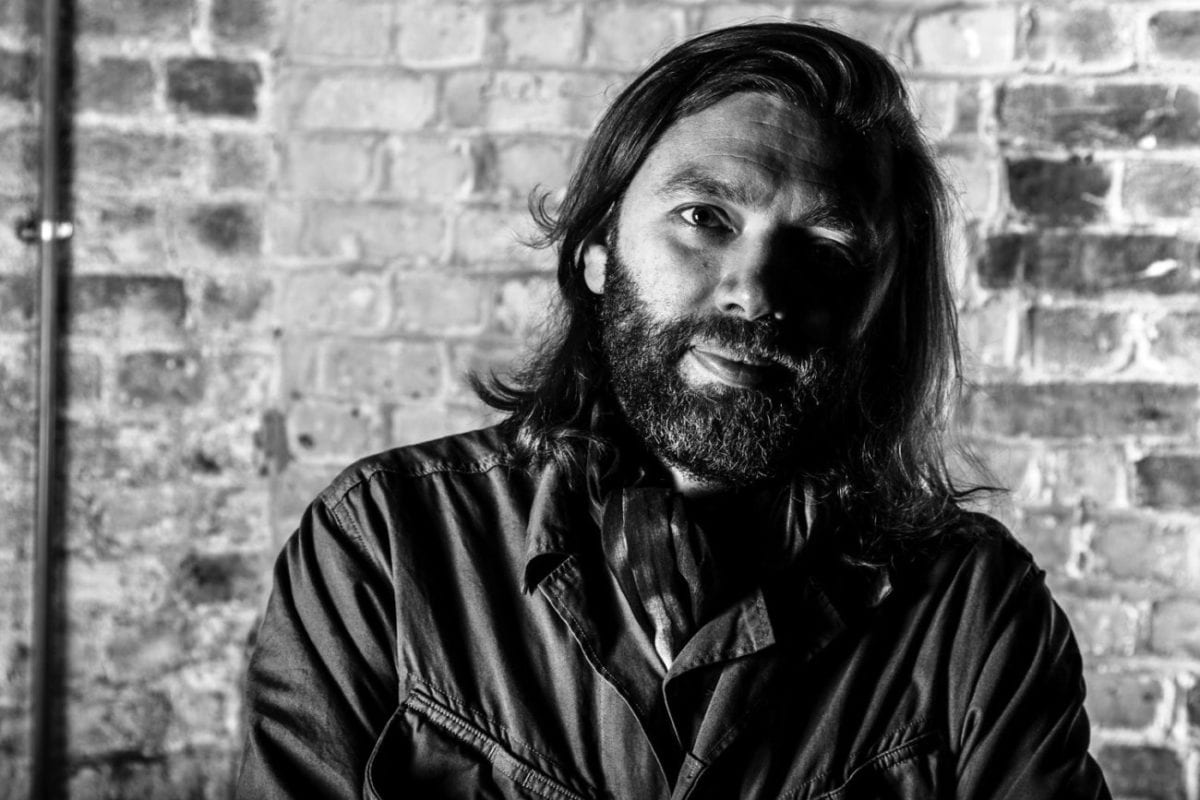 Label boss of the mighty Running Back imprint and former resident DJ at institutions such as Berghain and Robert Johnson, Gerd Janson is a name that puts everyone straight. Praised by both critics and public for his broad reach, fusing straight-up kicking club weaponry with more understated grooves, Janson made a name for himself as one of the most consistent tastemakers around.

With just a few days to go till the mix drops, we took the chance to catch up with Gerd as he raises the curtain on the making of Fabric 89, his approach to DJing and selection and experience commanding Running Back. 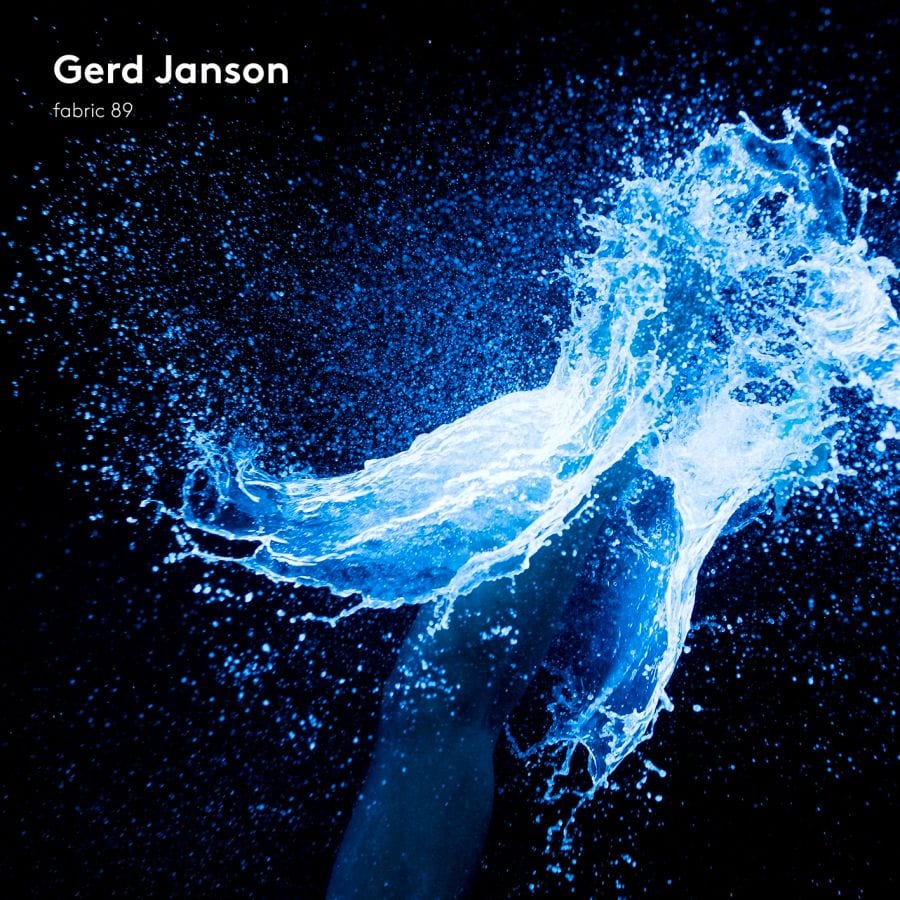 How did you end up recording the Fabric 89 mix?

It was quite a task for me. On the one hand, it’s one of the strongest and longest-running mix series ever and to be part of that roster is quite an accolade. On the downside, I find it quite stressful to record a so-called podcast, let alone a mix for commercial release and thinking about the people actually shelling out hard earned coins. So I guess, I picked some familiar, some unfamiliar, some hits, some non-classics, some released and some unreleased things. A bit of everything really and that is basically the ethos of DJing for me: human jukeboxes.

Quite thrilling. Together with Mark E, I was allowed to command Room 3 all night long. It felt a bit like a pass through stage between 1 and 2, so we tried to make the transition between those floors as pleasant as possible. Oh, and I broke my record bag. I had to go to Phonica early the next day to bring them all home with me. Thank god for the pen drive! And I remember being impressed with the sound in all three rooms. 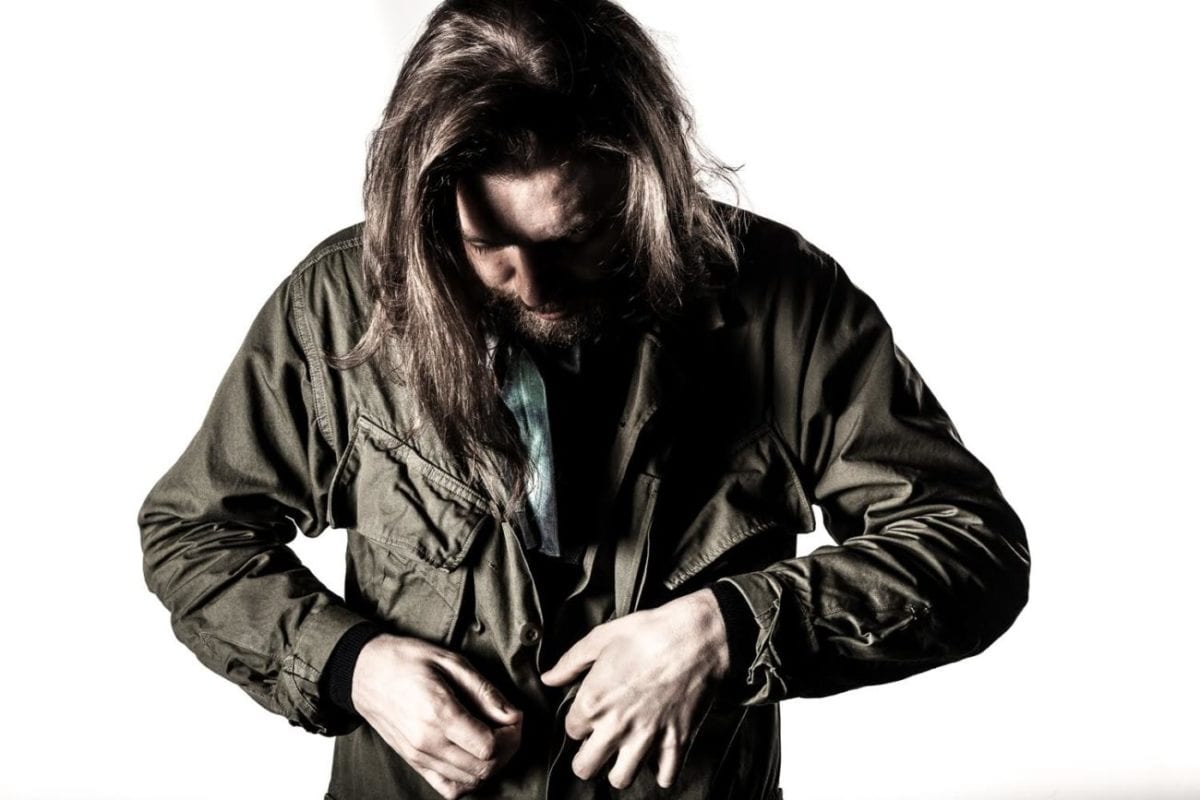 Is the mix a proper reflection of the music you play out at this monent or did you have something different in mind for it?

It is. Depending on time, mood and setting, of course and minus disco and guilt-free ’80s pleasures. But it is a valid part of what I would do at a party/nightclub, if you let me.

How did your experience as a resident for Robert Johnson and Berghain inflect your work as a selector?

That is quite an analytical question. And is a selector the same thing as a DJ? I can say that those are the places in the world, I have played the most so far, hence why I try to play what I think fits best. That doesn’t necessarily mean that I do the same at a festival. There are certain records I only play there and the response never feels the same anywhere else. So, I learned not to push my luck with a certain “selection” in other places. 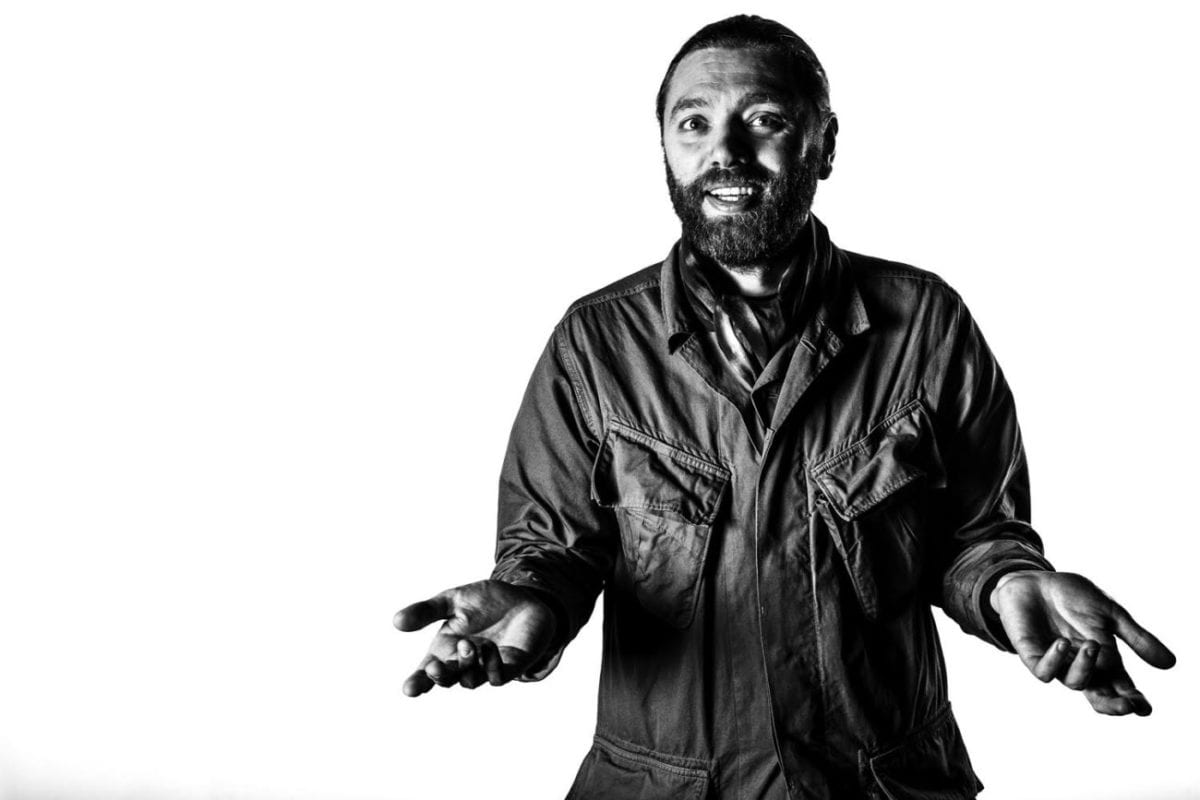 When the vibe is not at a party, DJs take all the blame but it’s also up to the audience to make it a success… What makes it click for you?

I wish I knew. After all these years, it’s still a bit unpredictable. Of course, it is easier if a certain amount of people are there that like what the DJ likes. At other times, it can be quite challenging and fulfilling to win them over. And as far as DJs taking the blame: most of them are human as well and have good and bad days – like sportsmen.

But I do believe that – even if I would call them entertainers – part of what makes it work is that the people on the dance floor actually have to have a little bit of trust. If you just turn up waiting for something to happen, it might never come. And some wallflowers will never blossom, no matter how you water them.

How do you envision the DJ work? There’s a delicate balance to find between technique and responsiveness.

That is almost impossible to answer. I could write an essay now, about how I see things and what works with me, but at the end of the day it’s different strokes for different folks.

I got as much excitement and enjoyment with listening to DJ Dixon stitching tracks together without really noticing the blends (they go on forever) and steering everything towards the proverbial “Dixon-break” as I admire the non-mixing attitude of a David Mancuso – which encloses a completely different set of music and how you present it.

I think the best thing about a DJ that I would rate highly is that somehow the personality always shines through. And that can be done by people who only serve one dish as well as by those who are like food malls. 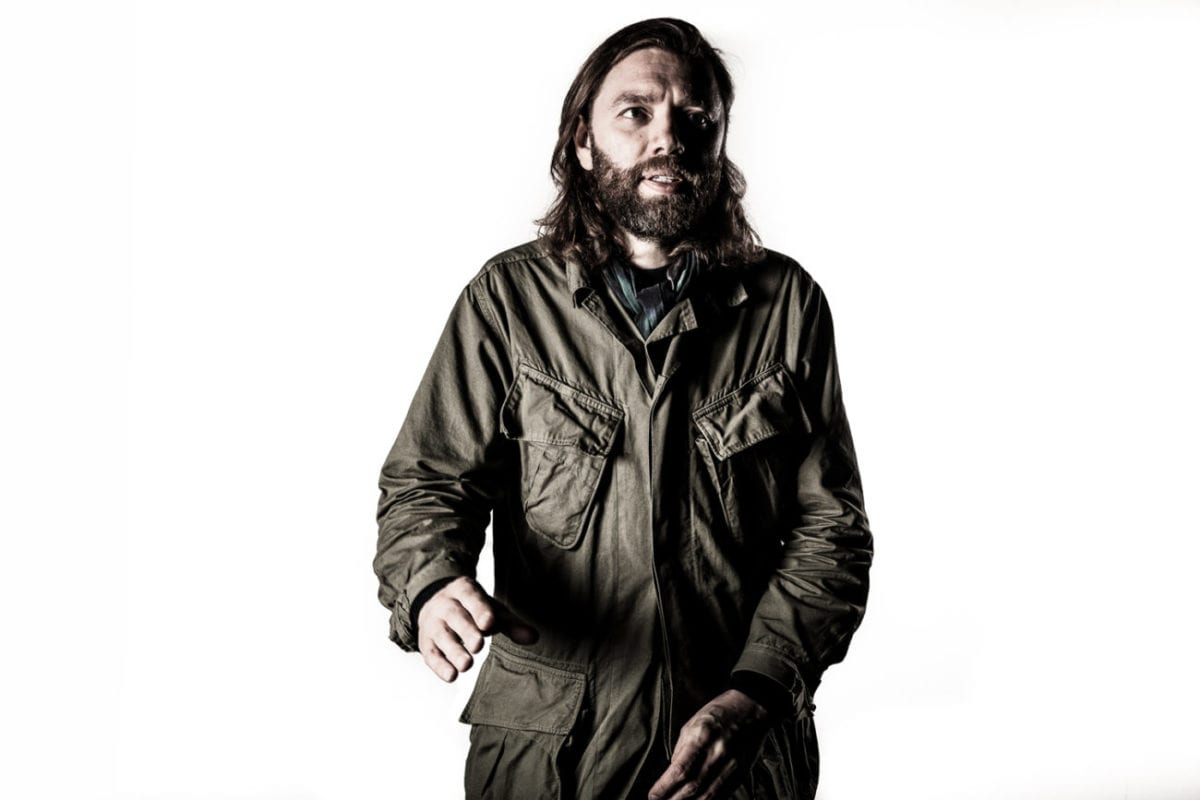 What about production? You’re part of Tuff City Kids, Talamanca System and Pink Alert but you didn’t put out a solo release yet… Is that something you’re considering?

If I had the time and the talent: yes. Unfortunately, I lack both.

You run the mighty Running Back, a label that enjoys both critical and popular acclaim year after year. How do you keep up with that?

That is very nice from you to say, but I would actually be really running behind instead of back this year, if it wasn’t for the help of Matthew Styles. Next to being a valid and very talented producer of his own, he has an immense experience in the realm of the music industry’s dry aspects and I would be really lost without his helping hands. Needless to say, I still make all the decisions regarding content, so people don’t need to get angry at Matthew for not replying to demos. 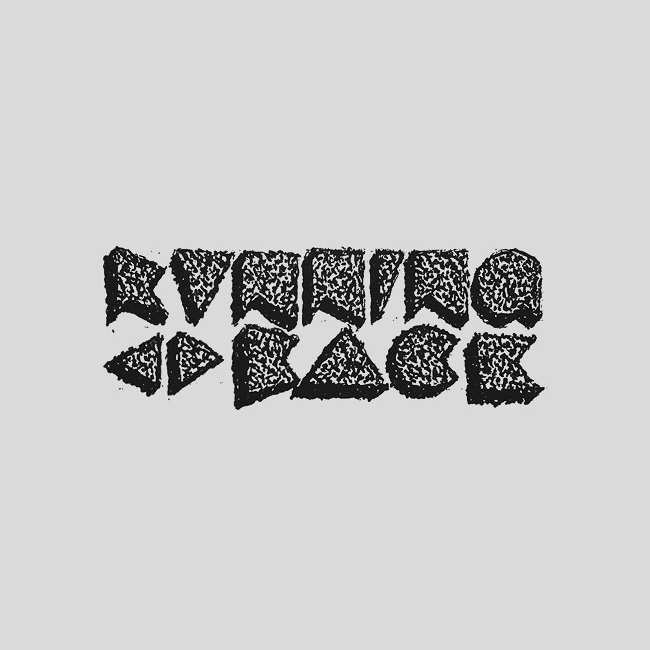 You named Strictly Rhythm as possibly your most favourite label ever. What kind of lesson did you draw from them as a label owner?

To release two records per week. But seriously, I kind of admire the wide range of house, dance or club music that they released in their prime. There are deeper than deep and holier-than-thou moments as well as wedding songs like Reel 2 Real’s ‘I Like To Move It‘. How can you not admire that? But of course, I also really like labels with a close-knit and orthodox approach. For an easier to grasp answer, please see Chez Damier’s and Ron Trent’s ‘Prescription Underground‘.

What achievement are you most proud of…so far?

Ask me on the death bed, please.

Early 2016 has already been quite busy for Running Back, releasing the likes of Leon Vynehall, Konstantin Sibold, Paul Woolford… What’s lined up on the label next?

Albums by Telephones and Tornado Wallace, some 12”s for club use and mix cd with a selection of the back catalogue by Tony Humphries.

Where can we find you in the next couple months?

Here and there and everywhere or in a club near you.

Discover more about Gerd Janson and Fabric on Inverted Audio.