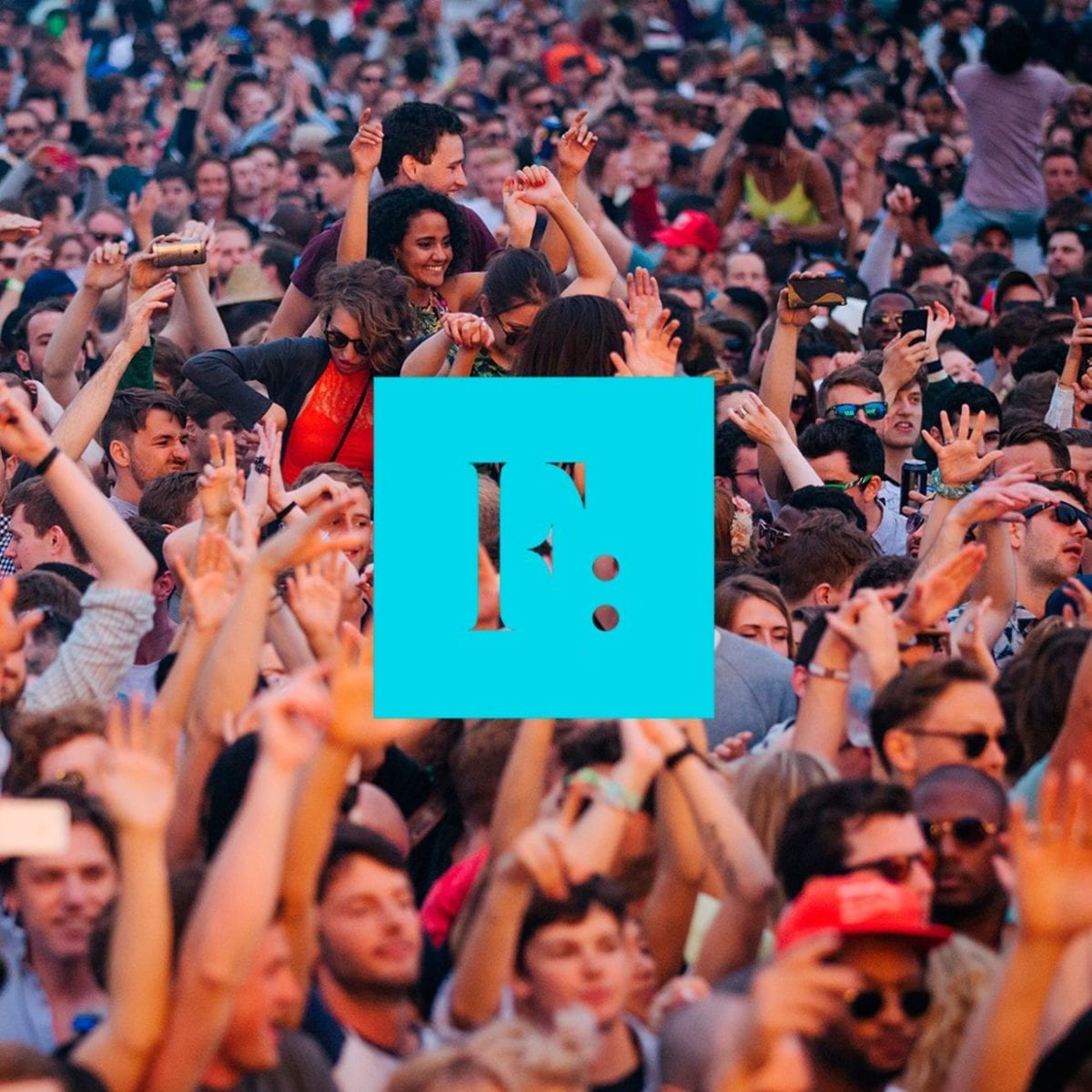 Continuing to strive for authenticity, this year’s edition of the festival brings together key London promoters (Art Of Dark, Feelings, Find Me In The Dark, Secretsundaze), who help shape London’s electronic music community, alongside today and tomorrow’s most exciting new artists.

We caught up with the team behind Found Festival (Karl Fuller and Yas Galletti) to discover more about the challenges and programming behind running a festival in London. 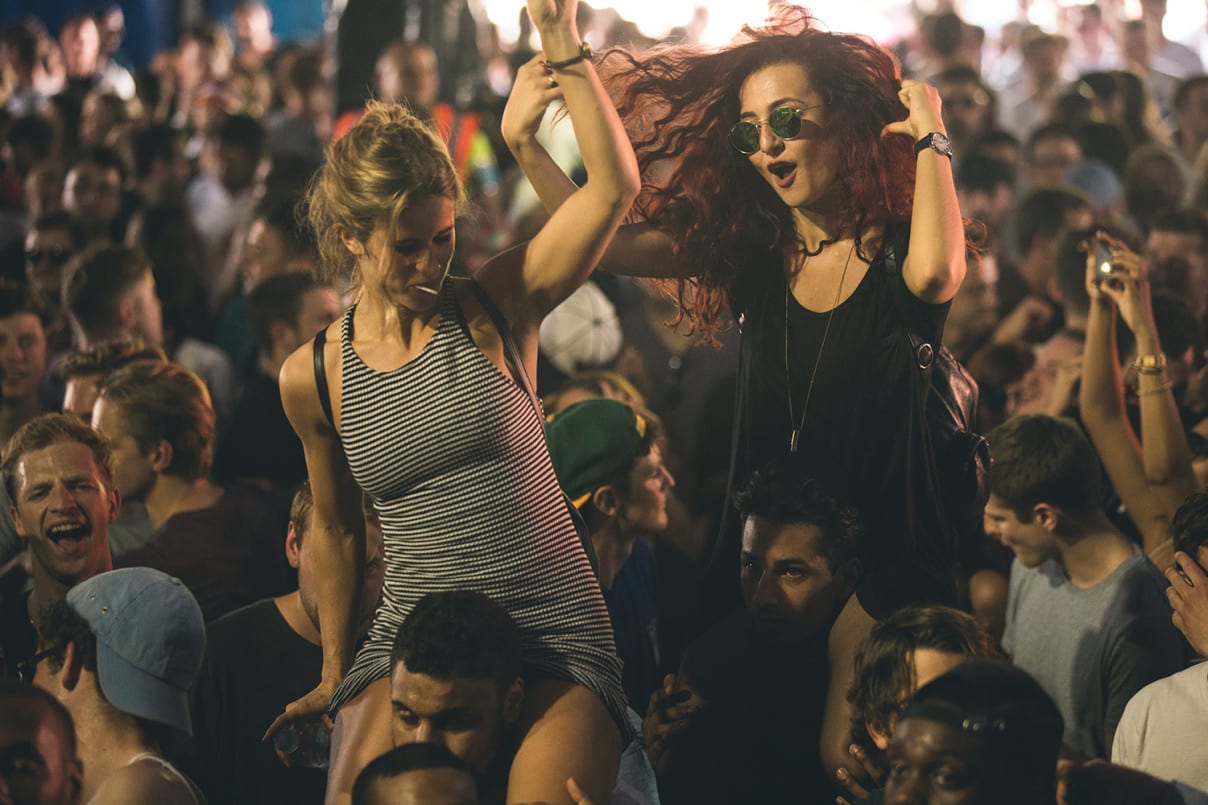 This years edition of Found Festival is being held at Brockwell Park in South London – Tell us about your decision to host the festival here and what you hope it will deliver?

2016 will be our fourth edition of Found Festival and our second year at Brockwell Park and although we loved and still love the old site (Haggerston Park in East London) the size of the park was quite restrictive in allowing us to explore all the different ideas we had for the party.

The new site being much bigger allows us to explore these ideas further and include even more of our favourite curators in London’s electronic community. It’s a stunning park with great transport links, being only minutes away from Brixton Tube and Herne Hill Overground. We hope this site will allow us to continue developing the festival and have even more of the people we admire in our scene involved in future years. 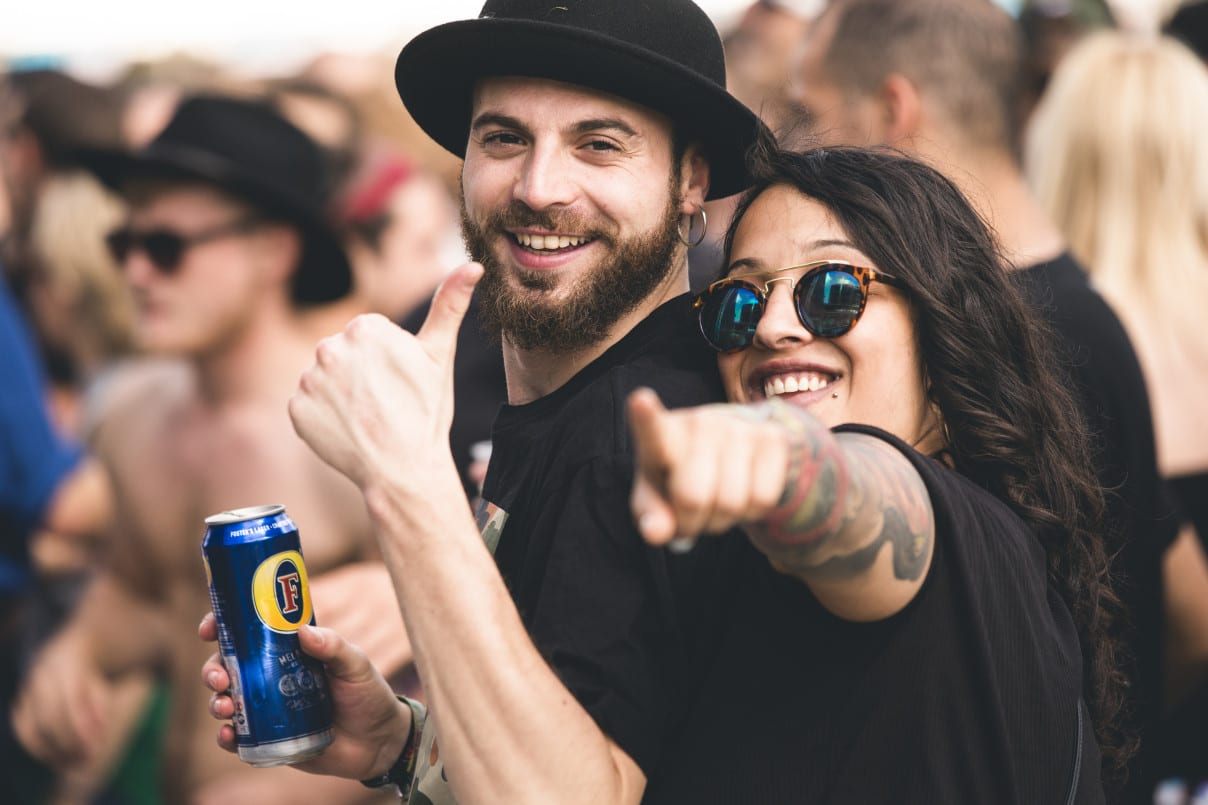 Tell us about the curation of the line-up for this year’s edition?

With all our Found events over the years we have always tried to hone in on authenticity in the relevant scenes and try to only work with artists and curators that we truly believe in.

As a group of people with a lot of collective experience in promoting and producing music events – electronic or otherwise – we will always try to pick acts that genuinely get us all excited and hope will get others excited too!

This may mean that we don’t chase the current most hyped act or the current biggest act, but nine times out of ten they will be acts that have a truly unique story and a reason to be on our line-up.

How has Found Festival transformed over the years – what makes this years edition special?

Beginning as a humble size club series in South London five years ago then moving onto our first Found Festival four years ago things this year are a little different to our first year, for sure.

The original inception of Found Festival was a lot broader in it’s musical offering but now that we have moved onto a series of festivals across summer we have had the pleasure of being able to really refine each and every one of our events to be tailored to really specific audiences. This will hopefully be really evident with this year’s Found Festival. That being said many of the acts we were championing at our first festival such as Midland for example also feature on this year’s bill.

What makes this year’s edition so special is just the sheer number of our peers in the electronic community we have managed to get involved. From other curators who throw some of the best parties in the capital and indeed the world, to some of the most forward thinking music publications out there and of course the artists, we feel we have managed to pool together a great collective of like minded individuals with the same goal in mind – giving our community a amazing day of music and a collective platform to keep pushing what we all love. 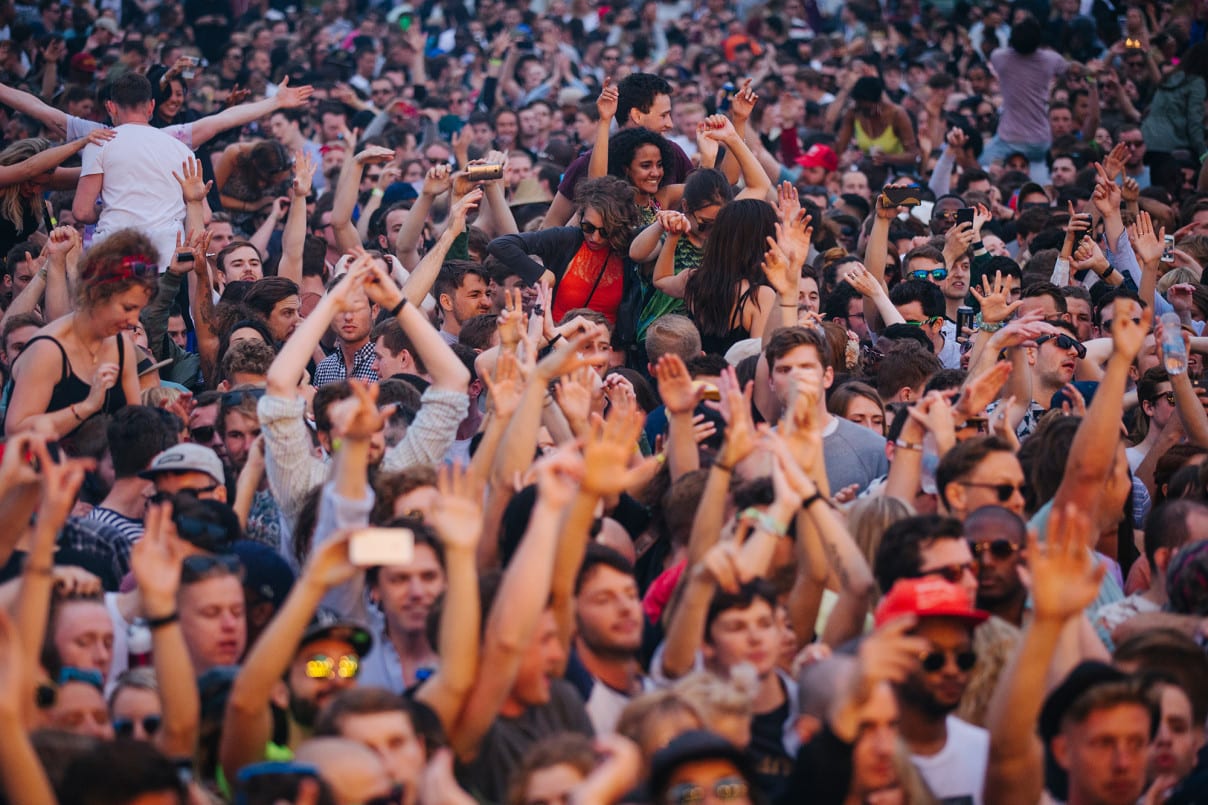 What attracted you to work with these promoters and how do you think they fit into the overall Found Festival offering?

This year we have an amazing selection of promoters, who have worked alongside us in putting together this year’s Found Festival. We wanted to work with these guys firstly due to a massive admiration to what they do and secondly we feel the grouping of the different brands really showcases and embraces all the different side of what’s exciting in London club land right now.

Firstly we have secretsundaze who are now into their 15th year of putting on parties, releasing records and representing some of the best dance music talent both old and new and have been doing without fail that whole time.

Secondly we have Find Me In The Dark held monthly (sometimes more) at London’s Corsica Studio and headed up by Lobster Theremin boss Jimmy Asquith. These guys have been putting on some of the most interesting and out there electronic music in the capital, I’m talking everything from outsider house, to ambient noise and the rest.

Then we have Art of Dark, one of London’s most consistent underground parties, taking place at some of the best venues in the capital including 338, The Laundry, The Troxy and more. They have one of most loyal followings we have come across and their selection of guests would rival any of Europe’s best promoters. 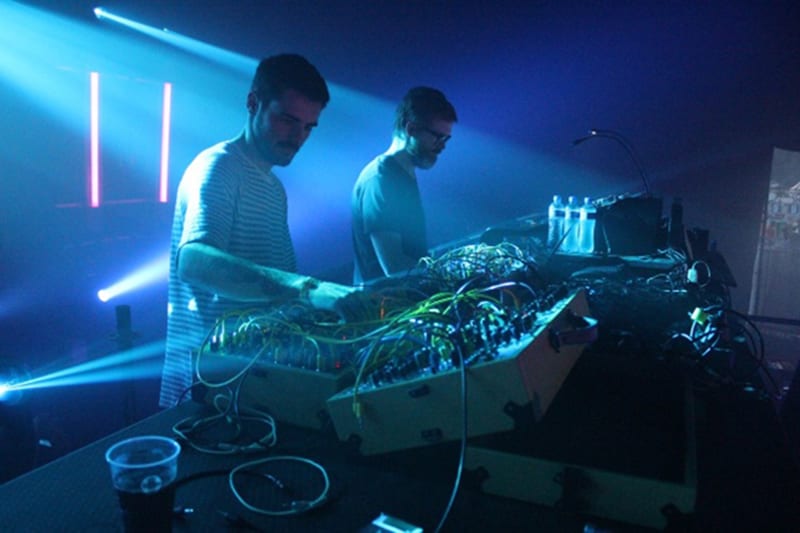 Who are you most looking forward to seeing perform?

We have the certified legend that is Kerri Chandler closing the main stage. The whole Found team recently caught Kerri playing all night long fabric and let’s just say things got pretty emotional and we’re looking forward to reliving that!

Detroit dons and one half of the Three Chairs, Theo Parrish & Marcellus Pittman on the secretsundaze stage joining us for a special four-hour b2b set, something pretty rare in a festival setting.

The guys from Art of Dark have managed to secure Petre Inspirescu AKA Pedro from RPR for a rare London appearance and from what we’re told, his only London festival appearance this summer.

On a heavier tip we have the incredible Trade (Surgeon & Blawan) with some live modular techno. Any gear heads make sure you’re at the front for this one, as the guys will be bringing hardware galore!

Headlining the Feelings stage is house royalty Mood II Swing. As FACT mag recently put it, “Mood II Swing are basically untouchable.” go through their back catalogue and you will see why. They join us for their first festival appearance in the UK almost ever – something you won’t want to miss! 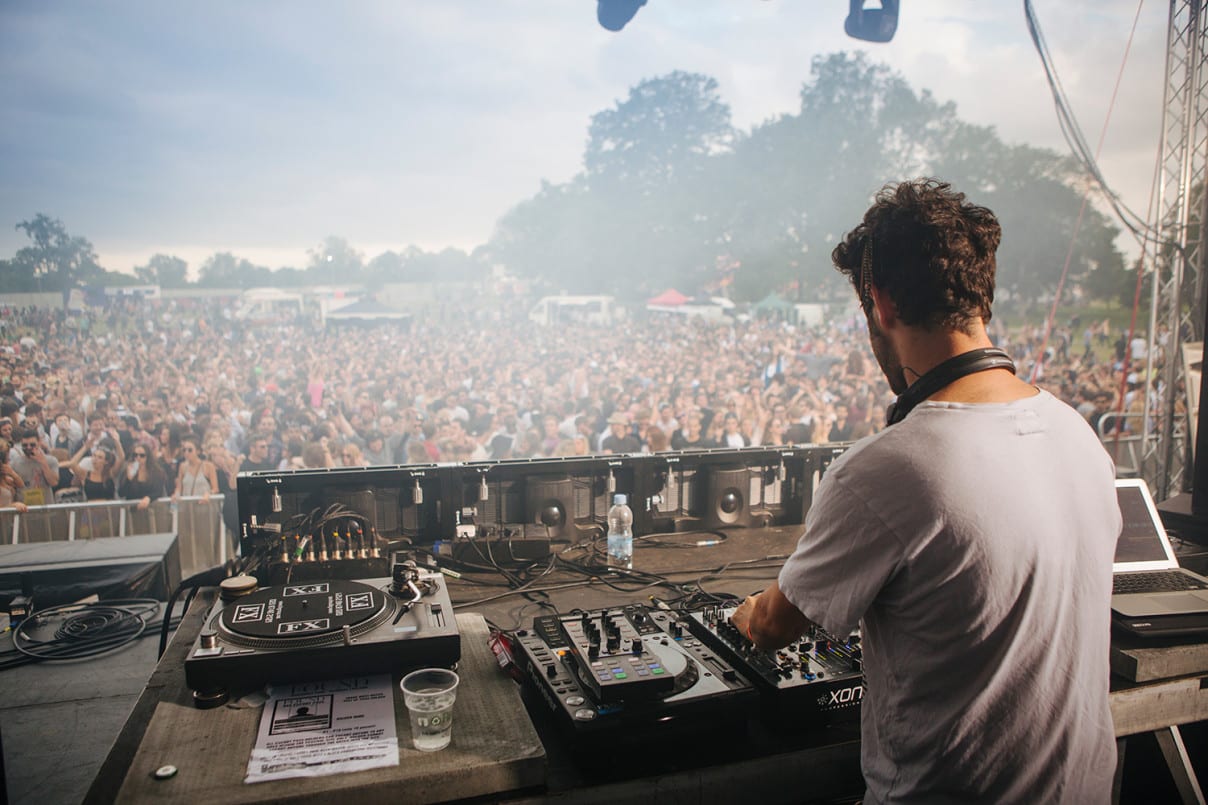 London festivals are notoriously restricted by sound restrictions – what measures are you putting in place to make sure that even the most pedantic of attendees are more that satisfied with sound at Found?

We work with some of the best sound consultancies in the country that liaise directly with our audio provider. They have extensive experience producing sound levels that fit with the style of music found at our events.

Each stage will have sound systems hand picked to best compliment the style of music in question. As well as our customers we are extremely keen to produce the best sounding events possible while adhering to the council and London sound restrictions.

Do you have any tips to those attending?

For those attending, make sure you’re down early! We have some of the biggest tips of 2016 joining us from pretty much doors, like Willow, Kasra V, Route 8, Asquith, Courtesy and Session Victim (live). It’s not often that this many underground house & techno acts are in London on a single day so have a big breakfast, head down to the park and make a day of it!

For those thinking of attending, we’ve done our best to gather together some of the most interesting and exciting members of the electronic community in one place and if you have even mild leanings towards the scene it would be a shame for you not to be part of the day! As Arthur Russell rightly put it, “I want to see all my friends at once”, so we hope to see you there!