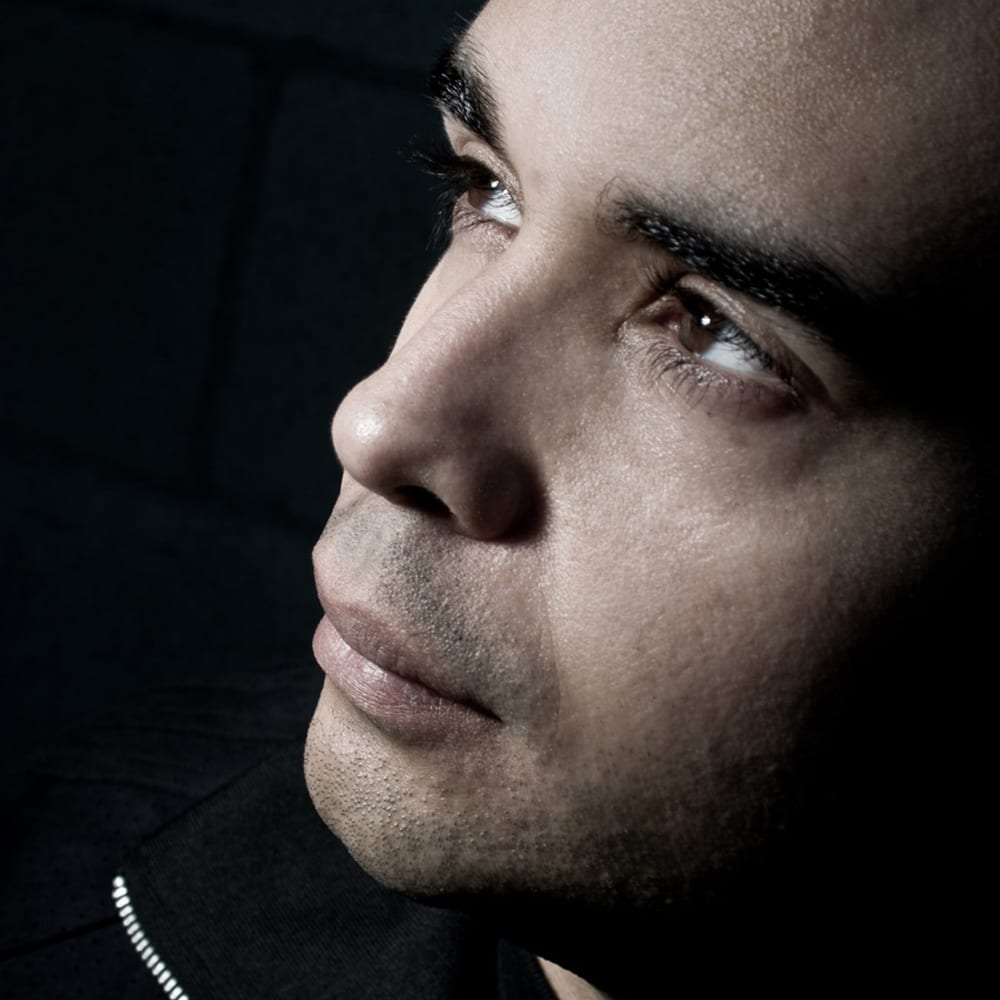 John Tejada should need no introduction, if you’re even the slightest fan of electronic music, you’ll be hard-pressed not to have heard his music over his two decade-long career. Whether on his own Palette Recordings, Poker Flat, or Plug Research – plus a Fabric Mix CD under his belt – it’s thanks to a steady stream of massive releases that he remains a mainstay in the charts of Beatport and uncountable DJs. We caught up with him to find out more about his new album ‘Parabolas’.

Firstly can you please introduce yourself and tell us what you’re currently up to?

My name is John Tejada and I’ve been releasing electronic music since about 94. I’m based in Los Angeles and also run Palette Recordings. At the moment I’m touring around a bit and getting excited for the albums release.

When did you start working on your new album and what provoked you to get things rolling?

Making albums for me usually comes about in a similar way. I’ll be experimenting with ideas with no general goal usually in between projects and after a few sessions and recordings I’ll realize I’ve got a theme going and a small batch of songs that fit well together. I then decide I’m going to turn that into an album and try to create and follow the theme for the album.

How did your relationship with Kompakt formulate?

I did a remix for them two years ago. The process of working with them was so easy that I’d forgotten I did the project for them. That’s actually meant to be a high compliment as far as label management goes. Once I had this idea of the album I ran it by Michael Mayer and the rest is history.

Why did you choose Kompakt for your new album ‘Parabolas’ and EP ‘Unstable Condition’? Why not release it on your own imprint ‘Palette’.

I ended up with this album and decided I’d like to have a break to just focus on the creative side, leaving all the administrative duties to someone who knows how to do them well. Also, it was important to me to work with someone that releases a broad range of music and has been around long enough and stood the test of time.

Did you have a specific musical direction when you started work on ‘Parabolas’ and if so how did this direction develop throughout the entire process?

My albums as I mentioned sort of start by accident, well in this case it did. What was different in the process of this album was there were a lot of moments in the studio just sort of experimenting with a process which usually is just a learning session and the results are thrown away. However, this time I saved these small ideas that actually took a bit of time to work out and came back to them, most of which I feel resulted in some of the best elements of the music.

Where do you gain inspiration?

Everywhere I suppose. A lot has to do with mood and all the usual stuff. When things really get flowing my mind is more of a blank canvas forgetting most of everything and I’m generally going for this feeling I get when the elements are coming into place. When that’s happening I’m not thinking about much else.

What’s the story behind the name ‘Parabolas’? Does it have connotations to the music within it?

You’re surprisingly the first person to ask which I found odd for the last month. I came up with the concept before I had written anything. I just started noticing parabolas all around, in nature and man made objects and structures. It’s just sort of interesting once you realize how common they are. Then I also applied the idea to my arrangements in that they often make this sort of curve starting in a particular place and then ending up in a similar place on the other side.

It was all done in my home studio. I’ve got hardware and software all working together. I’ve got a few hardware synths that are probably the bulk of the sounds. They’re lots of fun to work with.

Would you say your album is a personal reflection of what is going on inside your head, or is it simply music to get people dancing?

I don’t think the album is much of a dance album besides maybe a couple of songs. Making people dance is usually not a concern for me. That sounds a bit weird to say, but I’ve done quite a few albums under my name and other names that have no club music on them at all. So most of it is just this sort of personal enjoyment of getting sounds to work together in a way that gives me that feeling of creative satisfaction.

Being such a renowned producer must have its downfalls, the pressure to create sublime music must be intense, how do you deal with it?

Well it’s not been a concern till now. You are really laying the pressure on heavy. I’m not sure I can continue. Joking aside, it’s never been a concern. I’ve created a pretty large body of work and once in a while something slips into more of the main stream while most of it doesn’t. I’m quite happy being able to play my own work out and having people make a response because they know that song and want to hear it. That’s a really nice reward.

The albums artwork is exceptional, who is the artist behind it and did you have a say in its design?

Thanks very much for saying so. It was created by David Grey who has been my art director for all things Palette for the last 5 years or so. His style is so incredibly unique to me. His process is very organic in that he is creating most of the elements in his design by actually laying them out and playing with objects and scanning them. That or he invents machines that don’t exist. He’s really in his own world when it comes to graphic design. I completely trust him and just let him do what he wants to do.

What is your preferred medium and why? Cassette / vinyl / CD / Digital.

Vinyl is still most important to me. It seems to be musical currency in a way. It’s a nice tangible object that when taken care of will sound great 50 years down the road. If done right the resolution is also much higher than digital formats. I grew up with records and just have a huge amount of nostalgia for them.

Genres of music come and go, house music however seems to re-incarnate itself every now and then. What new music do you see developing at the moment?

I don’t really have a great answer for that or thoughts on the music scene. I love looking for music all the time that I can enjoy. There’s always people doing interesting work. It’s just a matter of finding it.

You must get sent a lot of demos and promos, how do you go about selecting records from the cohort of demos you get sent?

Easy. We actually don’t accept demos. Palette was really just set up for myself and my collaborators. It doesn’t follow a regular release schedule or have any specific plan.

Tell me more about your developments with your imprint ‘Palette’? What does the future hold for it?

We’ll continue releasing my collaborations I have with Arian Leviste, Justin Maxwell and Josh Humphrey as well as any solo material they may have. Things were a bit slow for the label in the last year, but we have a whole new plan with lots of releases in the works. And yes, on vinyl as well.

How important is art and architecture for you? Do you create music to ‘fill’ a specific space when you play out or is it arbitrary?

When I’m creating I’m mostly focusing on just the feel of the music itself. With a title like Parabolas there seems to be hints of something going on architecture wise but usually I’m just focusing on creating the sounds. I enjoy music mostly at home so I’ve never had much of a focus on making sure things sound good in DJ sets or at clubs.

Finally, what could you not live without and do you have any words of wisdom you’d like to share?

So many things like food, water, shelter, my instruments, my wife, my friends, California weather, the outdoors etc. No words of wisdom at the moment for fear of coming off sounding ridiculous.