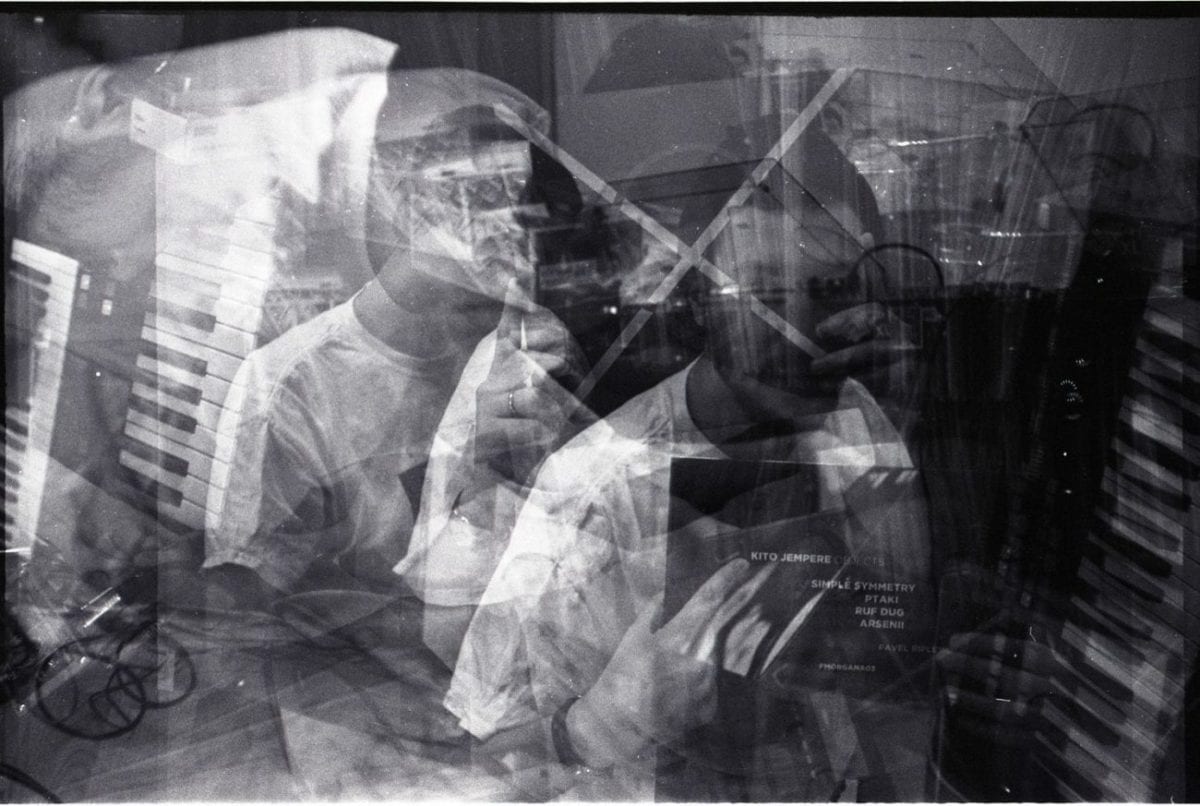 Hailing from the ancient capital of Imperial Russia, Saint Petersburg, Kirill Sergeev aka Kito Jempere has known a rather unique trajectory in the international underground scene and keeps fashioning his laid back, convulsive grooves with style. Brought up on jazz and rock before trying his hand at house music, Kirill champions a sound that’s true to his day-to-day realness; easy-going and generous, light-hearted and inspiring, driven by the sole aim of making crowds dance and drawing smiles on people’s faces no matter the hour of the day.

His second full-length, ‘Sea Monster’, set to drop via Marco Gallerani’s Hell Yeah Recordings tomorrow, is a refreshing communion of sorts, bridging the gap between electronic, pop and house in one lush and multi-hued microcosm of delectable tempos and rhythms. We sat back with Kirill to discuss the birth of his sophomore LP, recording methods and creative studio processes, and how this album confirms a clear shift towards a more live-friendly approach. 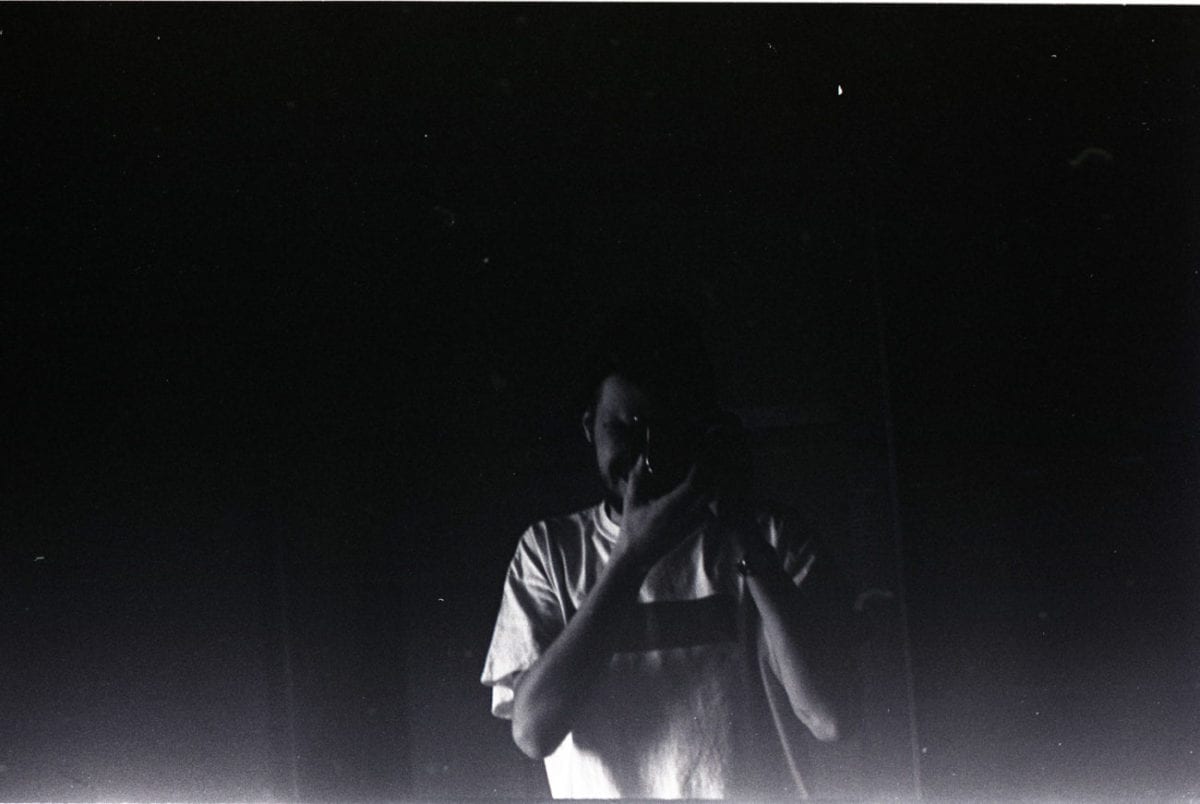 ‘Sea Monster’ is your second full-length after ‘Objects’, released on Fata Morgana back in 2014. How did you approach the album?

Actually it was created around the time ‘Objects‘ was released. As we’re not releasing records at the exact time music is coming out on our tapes, hard drives, paper and there’s always a long period to go in between, the most interesting thing is to experience how music you created some time ago feels on release date.

Anyways back to your question I clearly remember that Marco (Hell Yeah label head) contacted me not long after ‘Objects‘ was released. When we were having dinner at Cocolo Ramen X-berg with him he told me something like “look on the left (there was the Hard Wax arch), that’s where I bought the ‘Objects’ 12-inch and then decided to ask you about second album“. So it was a pretty big surprise for me as I didn’t have anything ready for the next album yet, since the first one was had just come out, except a few very, very raw demos which I decided to show to Marco. Actually I don’t really remember what tracks it were and if they made the cut, but I deffo started working on it from this point.

Luckily at the same time I met my old friend from University at the studio (he is the best drummer in the country for sure) and we decided to try and do some demos together. The guy is Ruslan Gadzhimuradov, who’s now playing drums for Kito Jempere Band and he recorded drums for 50% of the album (the other 50% are drum machines). So I was sending him parts (we are really busy on a daily basis so even living in the same city does not help but internet does!). So he recorded ‘To Marvin’, ‘Uohha’, ‘Ampa’ and few more which I think didn’t make it on the album.

My production setup comprised digital synth KORG-R3 with bad working wires through RE-201 Space Echo, some Juno-106 and old drum-machines sampled through MPC or original ones. It was much less sampling than on the first album so music was really “played” and little sampled (they’re not in the final playlist here, but you will hear them later on the special 7-inch that’ll come as a bonus to the LP). Then I moved from suburbs to downtown and ‘Lifetime Theme‘ appeared.

Lipelis made some really solid reviewing of the solos of the track, since the Korg one was too sharp; he made it through a MicroBrute with Space Echo and it ended up being one of the best parts of the album to me, to be honest. Then I slowly started getting on the mixing process with my man Roman Urazov, sound guy with whom I worked on all my records except a couple remixes and ‘Room With A View‘.

The only song on the album, ‘Ampa‘, appeared first as a reprise and only later on – after we played our first live band show on 2nd December 2015, we made this track a proper “song” with lyrics. Only then it all got really together. First the lyrics, Sea Monster, track list, all tracks… etc. So like 2+ years was a long way. But finally we’re finally there! 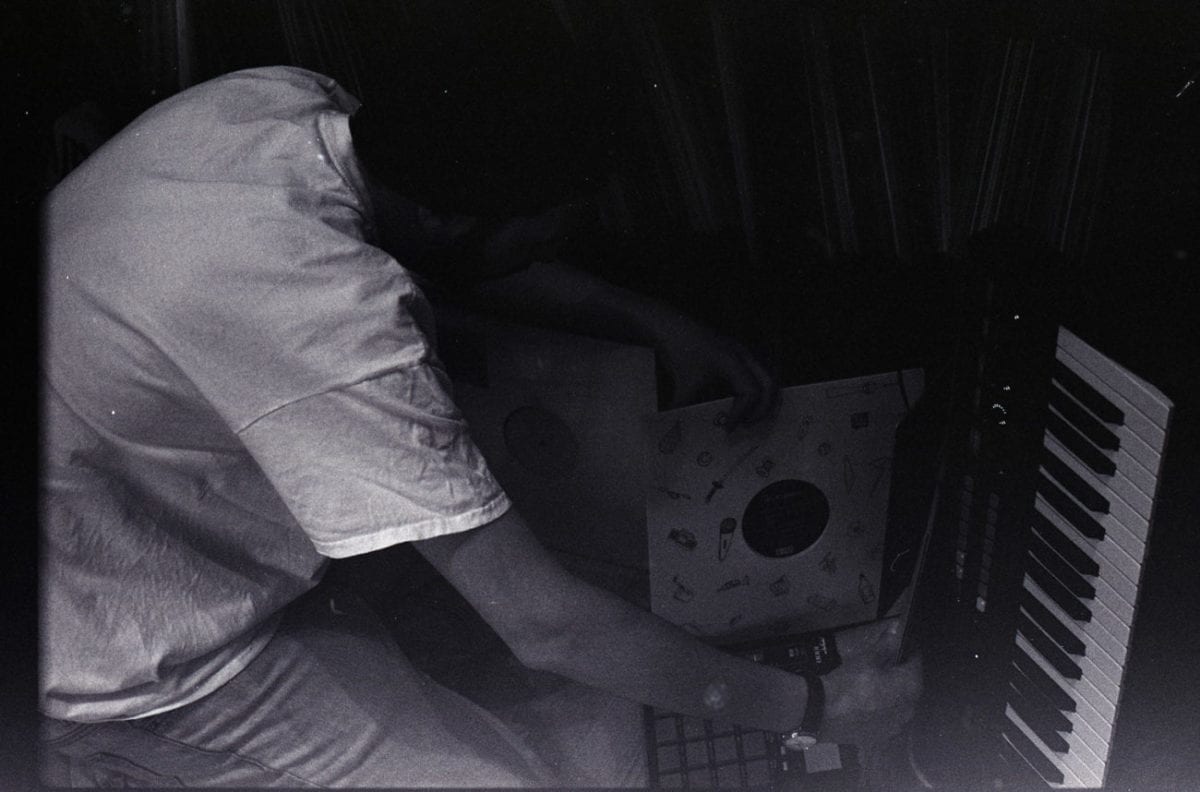 What were your sources of inspiration?

It’s always hard to answer this kind of questions… everything! Really everything affects you…childhood impressions, modern living environment, all that you had or dreamt, all that you were prepared for or not. I think mainly I just decided to think out of the box which I felt too with all house releases I made in the 2014/2015 period.

For me the album draws from Ninja Tune to Warp onto Pixies and Sonic Youth, but also closer to the likes of Andras Fox and of course close friends like Lipelis, Simple Symmetry, who are really inspiring as well. If we speak non-musical inspiration then it is and will always be family. Family is where I live, breath, love… etc. Most important thing in my life for sure.

Did you conceive ‘Sea Monster’ following a narrative, storytelling kind of buildup?

Track list was changing during the recordings process. Some tracks went off and some tracks were added. As I told you, it was a long story. I think the word “conceive” doesn’t apply here. I find this album to be more similar to a “TV series”, when the script is written on-the-go and you never know what will happen in the next 10 episodes. Actors, the mood or anything can be altered in all ways. Like ‘Santa Barbara’ hahaha! Which I was watching with my parents back in the day. First TV series appeared on Russian television in the early ’90s… (laughs) 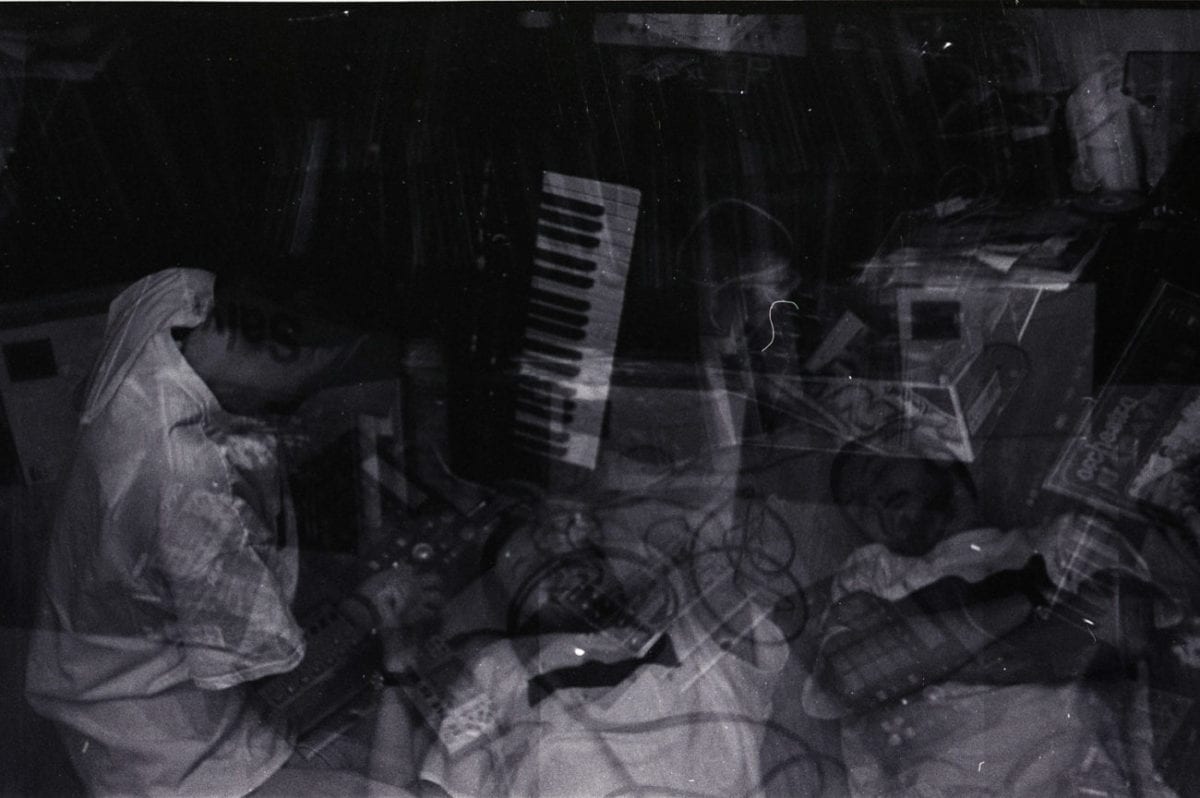 What was the recording process like? Was your band – The Saint Petersburg Disco Spin Club – involved in the making?

Lipelis – as he is my eternal bandmate, actually told me that it’s now been 5 years since he started playing in proper bands, and all his bands actually happen to be mine as well! And Sergey Lipsky (SPDSC guitar/ half of Simple Symmetry) brought his “balearic guitar” part in ‘Ampa‘.

The album has its more new wavey, pop-friendly moments, especially on the vocal-driven ‘Ampa (No Drums)’. Was it something you were keen to explore more?

As told above, this is actually all the more related to stuff I’ve always loved than anything released in my 12″ house EPs, which sure are less reflective of my deeper taste. My next ambition is to make dance music with less instruments. Although I actually did some already.

My recent studio is super limited. I’m kinda finding something new in it. Now it’s only Yamaha QY70, Boss Dr-110 and RE-201. Super fun how much you can get out of these three machines. 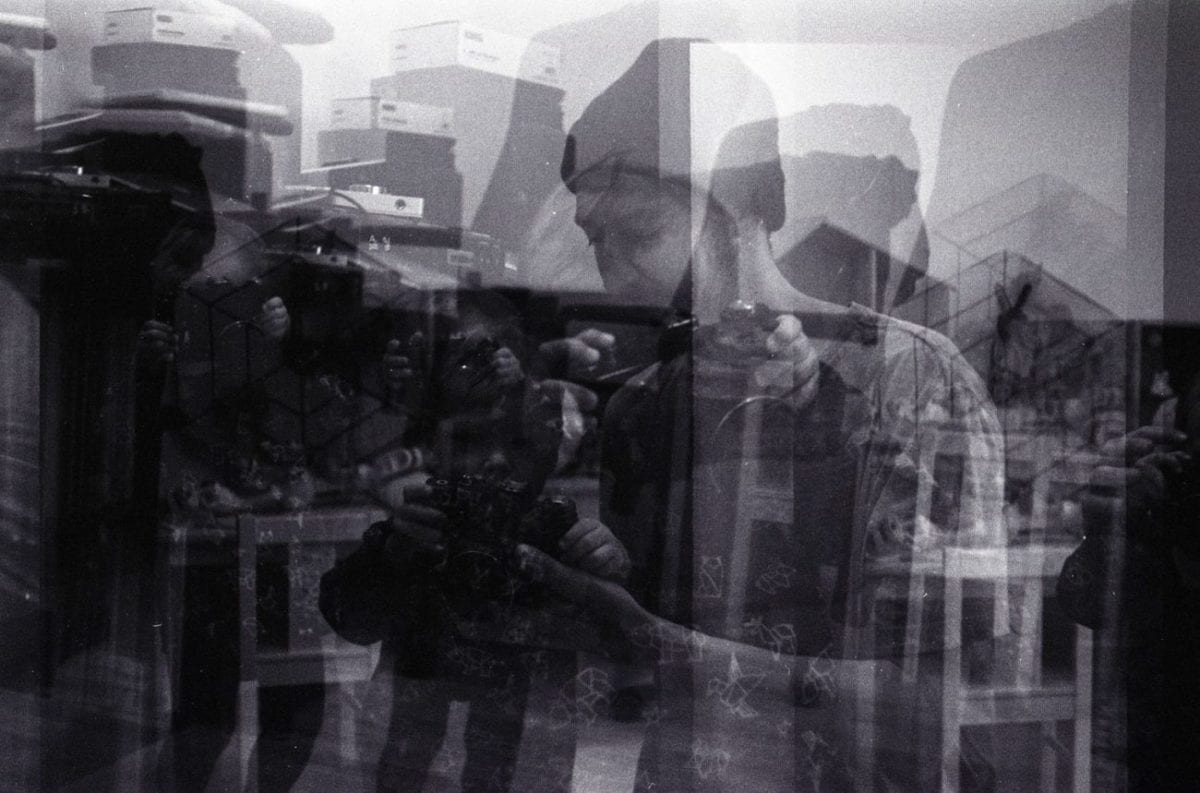 What was the first synth you bought?

I never bought too many of these. It was deffo MPC first. As for synth classics such as Juno I’ve always been using my friends’. I’m not that much of a synth head to be honest. I remember my first guitar more! (laughs)

What lured you into the lush realms of electronic music?

Boredom. I’ve always been into exploring something new. The first Saint Petersburg Disco Spin Club track – which was made using a MPC1000 only – was created right after one of my 8-member band (split in 2010) rehearsal, where we were all playing different tempos.

Too complicated rock/jazz bands made me bored and I decided to go for the primal rage! (laughs) It was house music for me. Since I was a rock and jazz kind of guy all the way before, thinking (due to my stupidness as I see it now of course) house music was total dumbness, so it was fun to “try it”. Then it went too far! (laughs).

Then I started to breathe my band experience into it and here we are now. On the other hand I’ve always been a fan of electronic music but more from the experimental IDM/trip-hop side. I’m a big fan of Jaga Jazzist, especially ‘The Stix‘ album from which I got my main inspiration in terms of communion between electronic and jazz music. So it’s all one hell of a mess. I’m like a cocktail. Everything is inside me and it’s shuffled! 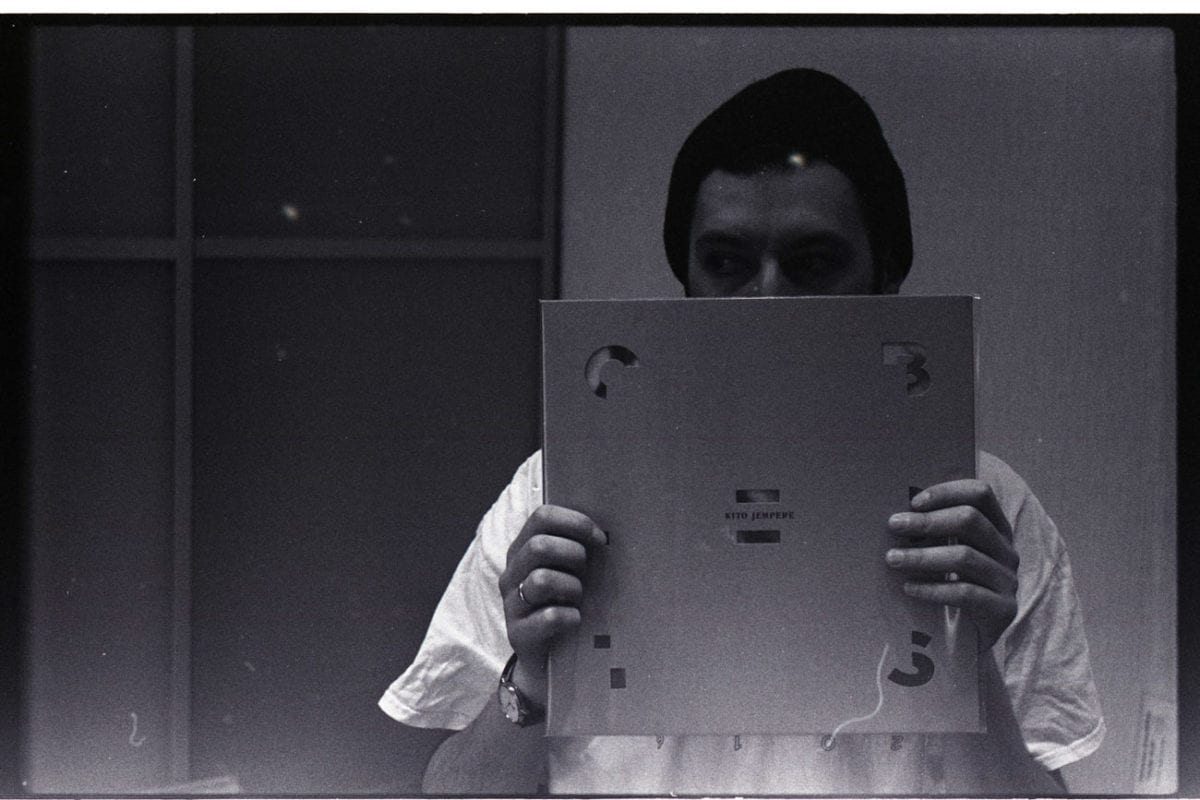 If you were to select just three major influences on your work, who would you say has had the biggest impact on your music?

Crazy to say that but none. I wouldn’t say I was under some concrete influence. It’s the whole story of my life of course. From the first Nirvana/The Prodigy recorded on Sony C90 tapes to some Portishead, Nine Inch Nails, Deftones, Manic Street Preachers, Aphex Twin and Squarepusher CDs onto my more recent love for Marta Acuna, Beautiful Swimmers’ label Future Times… etc. All on vinyl of course.

Do you have plans for support gigs or a release party scheduled?

As heard once from my friend Sebastian Döring, we are not Beyoncé so what’s the point in doing release parties. I’m trying to stick to the word, so I just keep performing DJ sets and live shows with Kito Jempere Band (we will play a couple big festivals this summer though) and in between these events, ‘Sea Monster‘ will have then come out to the world. And on the next day it’s out I’m playing with my personal love, Beautiful Swimmers, at my own club, Kuznya House. Things will be better in future times. 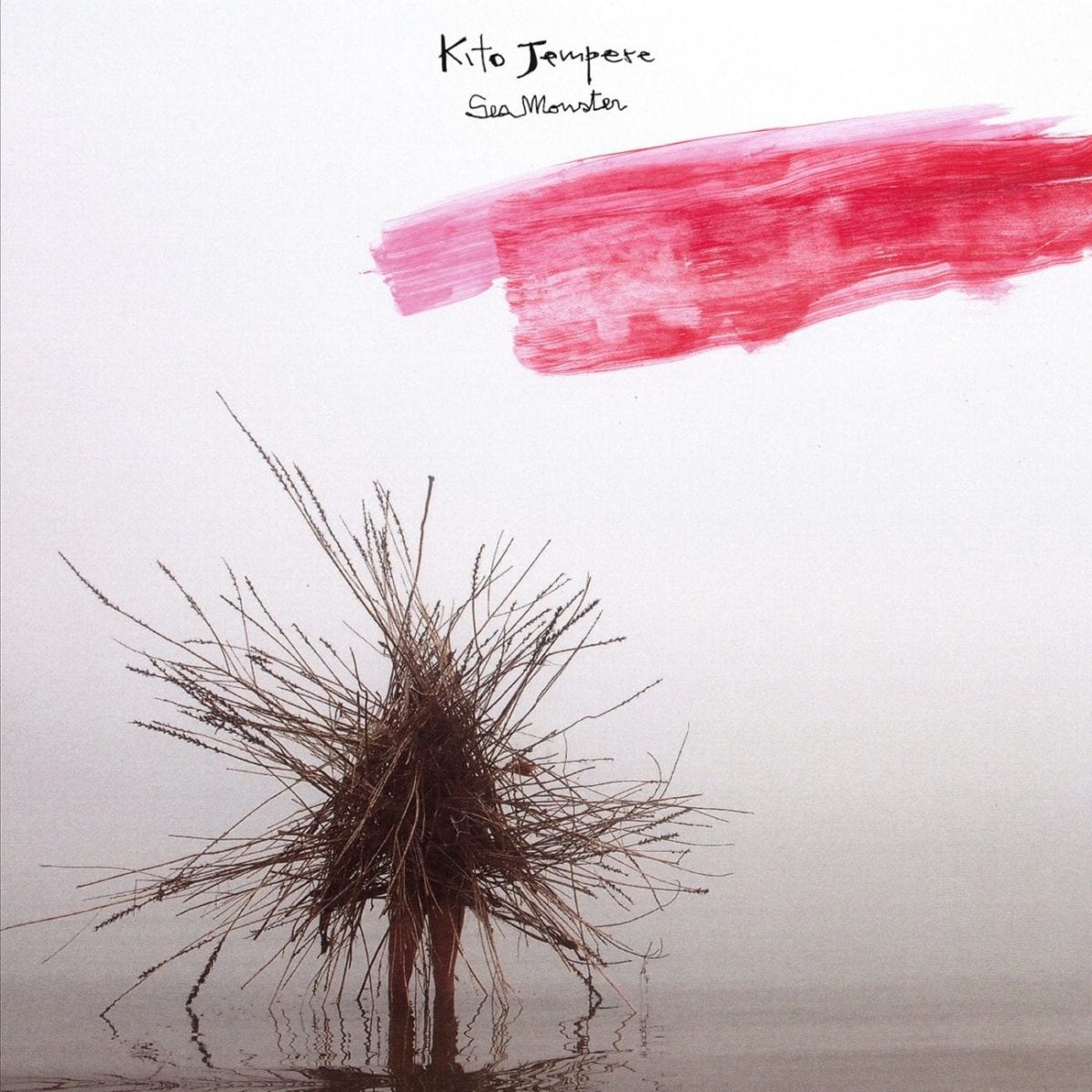 ‘Sea Monster’ is scheduled for release 14th April 2017, order a copy from Bandcamp.