Rolling onto its third edition, Intonal Festival is slowly but surely budding into a high-level fixture in the narrow market of quality off-season electronic music festivals. Held at Inkonst and Inter Arts Center in Malmö from 27 to 30 April 2017, the festival is supported by like-minded, thought-provoking international venture, Unsound, as well as local platforms including CTM festival, Kontra-Musik and Fasaan.

With a lineup that signally honours a large number of women through culture and creation, the festival goes full circle from dancefloor-friendly endeavours to boundary-pushing experimentations, bringing together former Salon des Amateurs and Golden Pudel residents Lena Willikens and Helena Hauff with their ever inspired DJ sets through Beatrice Dillon’s off-the-grid tribal and hypermodern excursions onto the transcendental power of Kara-Lis Coverdale elegiac compositions and Toresch feverish synthwave and industrial hybrids… the scope is wide. Here’s our recap of the essential acts and performances you should not miss.

Teaming up as DÖD (“Death” in Swedish) Funeral Fog’s boss Jurko Haltuu and local talent Benjamin Syra – responsible for the stunning ‘Muscle Trax‘ last year on Opal Tapes, will be sure to cast a spectral spell on the Ambient Tower with their supple and mesmeric pieces of dusky atmospherics, droney soundscapes and marshy acidic drifts.

Initially known as Eavesdropper and half of the Sendai duo alongside Peter Van Hoesen, Yves De Mey earned his stripes as a drum’n’bass and heavy breaks purveyor in the ’90s, before taking the bend towards further immersive sound-design, fractal techno and twisted modular electronics. His set in the old water tower of Pildammsparken shall numb your mind in full effect.

Last but not least, SonuoS founder Finn Of Tomland will helm us into his riveting half-synthetic / half-organic realms through an array of deep hypnotic grooves and reverb-drenched sonic wanderings.

Eagerly awaited, everything’s to expect with Beatrice Dillon. Wrongfooting all preconceptions as her non-normative routine, the British producer made a name for herself moving off the beaten path, weaving worldwide folk tropes with a truly modern, wall-to-wall vision. Unpredictable in essence yet sure to conquer, one of the highlights of the festival, hands down.

Playing with mangled rhythms, altered sine curves and gnarly electronics through sequential audio poems, Michigan-born Berlin-relocated experimentalist Laurel Halo will deliver another key performance at Inkonst – Black Box. With releases on Hyperdub and Honest Jon’s plus new material on the way, there’s good chances we’ll get to experience a new facet from her very unique prism.

Resident at the almighty Salon des Amateurs and boss of Offen Music, Vladimir Ivkovic has long achieved a proven reputation as a wizard behind the decks. His wide-ranging knowledge, from kosmische through jazz fusion onto industrial and plenty less easily classifiable families of sound. His recent top-drawer mix for Resident Advisor has reminded everyone of the man’s matchless ingenuity. 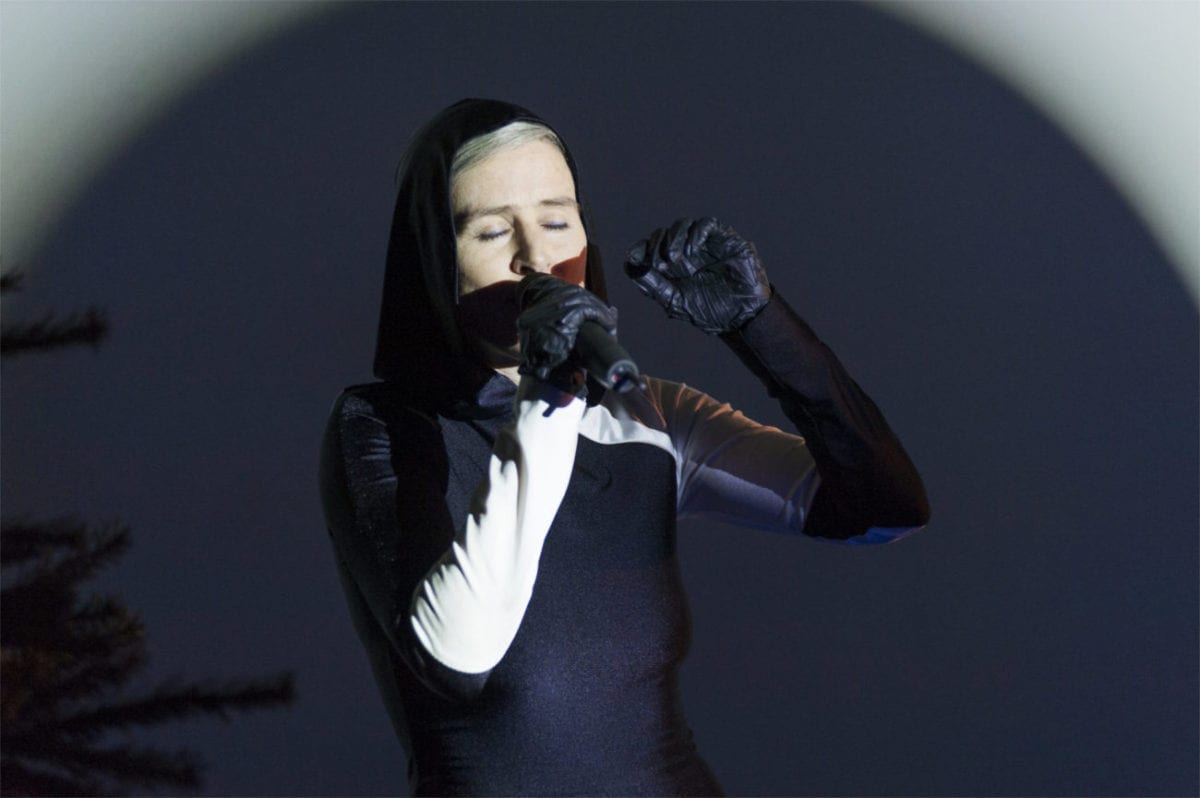 Yves De Mey at it again but this time under the Sendai banner alongside fellow production alter ego Peter Van Hoesen. Exploring the fringes of electronic music potentialities via transmorphing envelopes and stealth rhythms, “abstract and radical” as they like to define their sound, the pair will bring their unique savoir faire to a series of mind-boggling live sets.

Lead by the self-assured voice of former La! Neu? singer Viktoria Wehrmeister with instrumental backing from Detlef Weinrich aka Tolouse Low Trax and Jan Wagner, Toresch will be one of the unmissable acts of the festival. If you enjoyed last year’s ‘Essen Für Alle‘ released on Vladimir Ivkovic imprint Offen Music like so many of us did, you know what’s up.

Topping off the Salon des Amateurs gathering, Lena Willikens will dispense one of her mystique-imbued,  DJ sets only she knows, fusing the finest of esoteric house, spooky electro and rugged proto-techno beats. A multisensory journey on the horizon.

Canadian composer and multi-instrumentalist Kara-Lis Coverdale will be one of the artists to follow on Saturday’s bill. Her shimmering slabs of meditative ambient tinged with modern-classical complexions will offer a span of soothing music for the body and mind. World’s a tense and crazy place right now so we cannot emphasize enough on our physical need for such bewitching music. Awaken your senses.

A multi-faceted artist – eminent composer and musician, poet and visual artist, writer and initiator of numerous music and performance art production, Sven-Åke Johansson is also the initiator of a wholly new form of free jazz in Europe in the ’60s. Known for working with everyday objects as sources of music (his most famous piece being “Overture for Handheld Fire Extinguishers“) his one-off performance for this year’s edition of Intonal will revolve around the use of cardboard boxes.

Taking over The Club stage at Inkonst, the one and only Holy Herndon will grace us with her unique blends of IDM-indebted pop and hypersensitive body music, connecting the dots between physicality and intellect in the most compelling way, or as she explains “I think you can have ideas about your music and you can have something that are visceral and immediately impactful as well. For me that’s kind of the Holy Grail“. 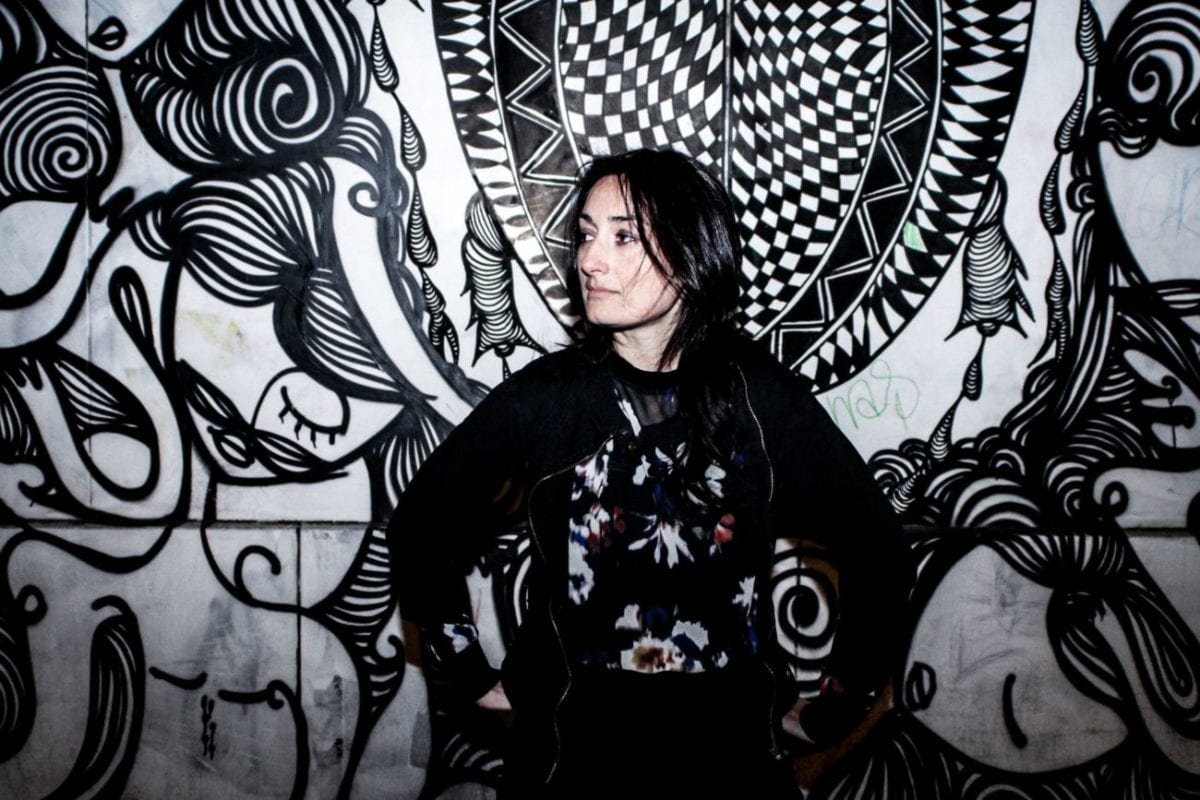 Re-introduced to a wider audience by Bill Kouligas’ PAN label, multifaceted French artist Ghédalia Tazartès has released no less than 20 albums in around forty years of activity. Labelled “Impromuz” by the man himself, his music collages widespread influences, from imaginary to existing folk music onto musique concrète and proper abstract antimusic. Expect the unexpected.

The rise of Paula Temple is etched in collective memory. Back in 2013-14, Paula let the fire out with a pair of all-consuming warehouse monsters for the legendary R&S that’d make Blawan and Surgeon look like small players. Since then, she’s been tranquilly laying the foundations to her own label, Noise Manifesto, which unsurprisingly aims to take techno up to new uncharted heights. A must.

For once, the male-female ratio has been swapped around and we’re counting on the fingers on one hand the male-fronted acts! On the occasion of a special B2B set, Sebastian Mullaert – half of Minilogue, will be joining forces with Kontra-Musik honcho Ulf Eriksson for what promises to be a deep and bouncy trip across a balmy imaginarium, rife with lushly-textured jungles of sound and re-invented organicity.

Ambient legend William Basinski will then immerse Inkonst in his nostalgic ambient soundscapes and emotionally-charged harmonics. Currently touring the world with his eulogy to David Bowie, ‘A Shadow in Time (for David Robert Jones)‘, his show for Intonal will be broadcasted live by Swedish National Radio. A moment of grace to come. 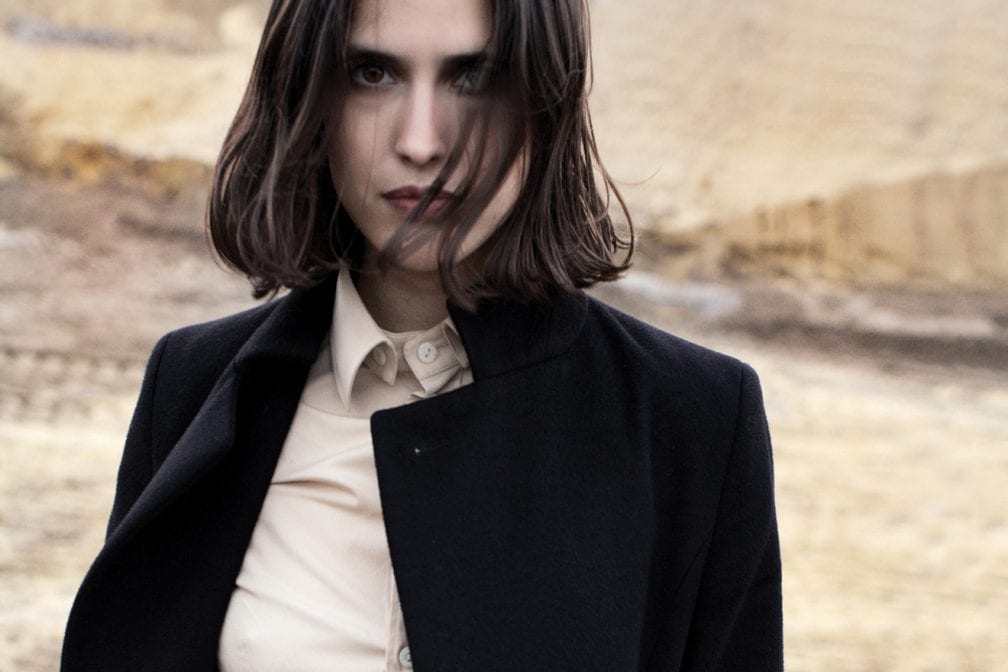 Closing the festival is a special night schedule, Walpurgis Special, featuring Helena Hauff, Phuong Dan, Volvox and Almaty. No need to introduce the mighty Helena Hauff, queen of the acid techno and sure to set the dancefloor ablaze with her tempestuous 303-driven mechanics and propulsive electro grooves. One to get the ravers on to free-party-minded nirvana.

Lesser known on the international scene although she quickly caught attention in and out of the rising Discwoman crew, NY-based DJ Volvox is a sureshot vinyl slinger. Running a residency at Bossa Nova Civic Club in addition to her UNTER parties, all set at pushing the harder edges of techno, Volvox sure knows her stuff when it comes to taking control of an audience.

As wisely noticed by Dekmantel in his artist presentation, the simple fact of mentioning Salon des Amateurs and Golden Pudel on your CV should be enough to grant you eternal recognition. Phuong Dan is that man, perhaps one of the best kept secret from the German underground scene, regularly invited to share the decks with some of the finest artists around without headlining events. Since there’s such a thing as a “writer’s writer“, the term “DJ’s deejay” would certainly apply to Phuong Dan. Time to get him the broader love he deserves.