After debuting in 2011 with two boldly experimental extended players – ‘Forest’ and ‘Many Faces Out of Focus’ – Essex-based producer Stuart Howard, known to listeners as Lapalux, soon aligned himself with Brainfeeder as one of the few British artists to sit on a roster comprised mostly of producers and musicians venturing into the outer reaches of electronica with hip-hop, jazz, and R&B as their guides. His music differentiated itself from the sounds of his contemporaries through a thrilling originality that he has captured perfectly in his own words: “whatever I touch ends up sounding like I made it.”

The stuttering breaks and muscular 4/4 rhythms that can be heard on his most recent LP, ‘Amnioverse‘, were nowhere to be found on earlier albums, which often leaned more towards a half-time feel that sat closer to the pace of hip-hop than breakbeat or techno. Though there are palpable influences in his music that have shifted throughout his career, Lapalux’s sound withstands such swift classification, always remaining recognisably his own as it evolves and grows in both scale and intricacy.

‘Amnioverse’ is without doubt Howard’s most emotive and personal production, a sensitive and nuanced exploration of a self-created universe that seamlessly brings together two opposing orders of magnitude: the smallness, innocence and vulnerability of the amniotic sac – the safely hidden space from which we all emerge – and the unimaginable scale of the vast and inaccessible universe that surrounds us.

This conceptual parallel is mirrored in sound throughout the record, as the listener is guided through stunningly expansive atmospheres and jagged, destructive beats that echo the scope and power of the cosmos, before finding breathtaking pockets of intimacy and feeling in whispered vocals and softly articulated harmonies that resonate on a deeply emotional level, reminding us that though we may be collectively stranded on an ailing planet within an indifferent universe, we are not alone.

We caught up with Lapalux to discuss artistic influences, production techniques and personal sentiments that lay behind the creation of his latest album, exploring his passion for modular synthesis, the synergy between man and machine, and his therapeutic relationship with production, music and art. 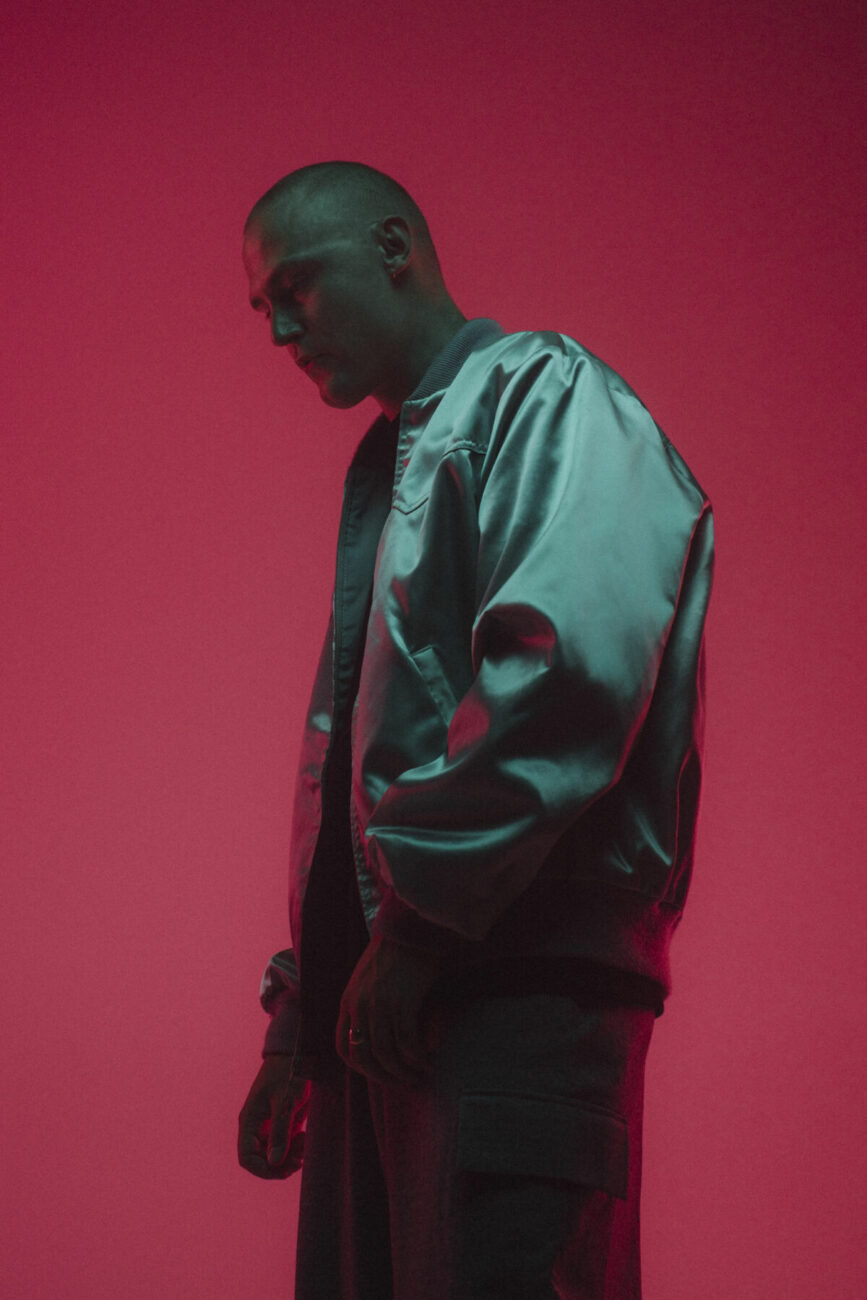 Listening through the new record, I can hear further explorations of the sonic palette heard on Ruinism, alongside newer elements that seem like an expansion or development of your sound. Do you see Amnioverse as a continuation of what you created with Ruinism (and your work before that) or a new creative direction?

My main focus for this record was to work heavily with modular gear. For a few years I’ve been building my perfect synth, full of different Eurorack modules. The way I have it set up and the way I use it is mostly generative.

I would give it rules and direction and then have it play a sequence or a melody or synth line and sample whatever it spits out. This process was for me very fresh and I would constantly be surprised of the output by the machine. In that way, for me, it was a new creative direction.

I mentioned certain elements that feel like new additions to your sound. The most prominent of these is the spoken word recordings that appear on tracks like “Earth” and “Hellix”. How do the sentiments expressed in the spoken word recordings – “when I look at the situation out there in the big world, it just breaks my heart… we just seem to be lost” … “that’s the way I felt, I was in hell… hell on earth” – relate to your personal experience, or the concepts behind the album?

They relate closely to the way I’ve felt and my own personal struggles and with the way the world feels right now. The current state of the planet and the fact that this country (the UK) seems to be so confused and misled, with everything that’s going on at every level at the moment. It’s cast a massive shadow over me and my life and a lot of others here. I think at some point we all get lost and I’m just trying to find myself again with this record.

The press materials for Amnioverse refer to the title as a “portmanteau of the amniotic sac and the universe” and track titles like “The Lux Quadrant”, “Earth” and “Hellix” are reminiscent of themes from science fiction. How do these ideas relate to the album? What does the concept of the Amnioverse mean to you and how did it inspire the record?

I look at it like a synergy between human and machine and the blurring of the barriers between them. The idea that one can be reborn after death or somehow brought back to life in the future. I read into various theories on the way we perceive our consciousness and this inevitably has found its way into my music. The rapid advancements in understanding the mind and the closer we are getting to a kind of singularity is a major influence for me.

You’ve said that James Turrell’s installation Twilight Epiphany was a strong influence on the new album. To me, not only the installation but even its title relates strongly to your sound – there’s a revelatory beauty in there, a grand sense of the sublime that Turrell’s work also evokes. Is that something that you’re aiming for when you create music, to conjure that kind of feeling and mood?

I find it incredibly hard to articulate my thoughts and feelings in any form other than music. For me the image of that installation speaks to me on so many levels. I can feel what that image is saying almost, you know?

For me, music should have a place in a physical sense. It should tell a story, set a mood, and be a journey. Theres such a narrative in my music that I get from images, photos, and visual art. It’s one of my main sources of influence. I would stare at that image of that installation everyday. The whole record is based off of that image.

Despite the progression that’s taken place between each of your releases, I’ve always thought that there’s a recognisable tone, a musical personality, identifiable across your entire discography. Is this a natural result of your creative instincts coming into play over time, or have you been consciously striving to achieve a particular sound?

Whatever I touch ends up sounding like I made it. It’s sometimes frustrating for me because I can’t move away from my own sound. I thrive off exploration and experimentation with sound. Thats why I try to keep evolving and changing. There are however, some fundamental ways in which I do things that inevitably ends up sounding like me. I’m not trying to be anyone else and I pride myself on being that way. I make whatever I feel I need to. There are a million different ways to make a sound sound how it does. I guess I do it the way only I know how so it sounds like me, if that makes any sense.

One thing I’ve always loved about your productions is the level of detail that can be heard in each track, particularly in terms of effects and processing. With that in mind, could you give us any insights into your studio set-up? Any particular pieces of gear or software that are central to your workflow?

I’d say using my modular setup to process audio and modulating various elements of the signal path have been most central to this record. Also the UAD plugins have really pushed what I can do sonically. I employed a vast array of production techniques throughout the record. Namely binaural effects.

There are a handful of plugins out there that mimic the effect of binaural spacial panning. I won’t go into lengths about it here but they basically make the sound that you put through them sound like they are playing in a space, like in a corner of a room or behind your head. You can put sounds in a 3D environment. Every track on the record has this somewhere in there. It’s there so that you’re submerged and so you feel like you’re in an actual place. 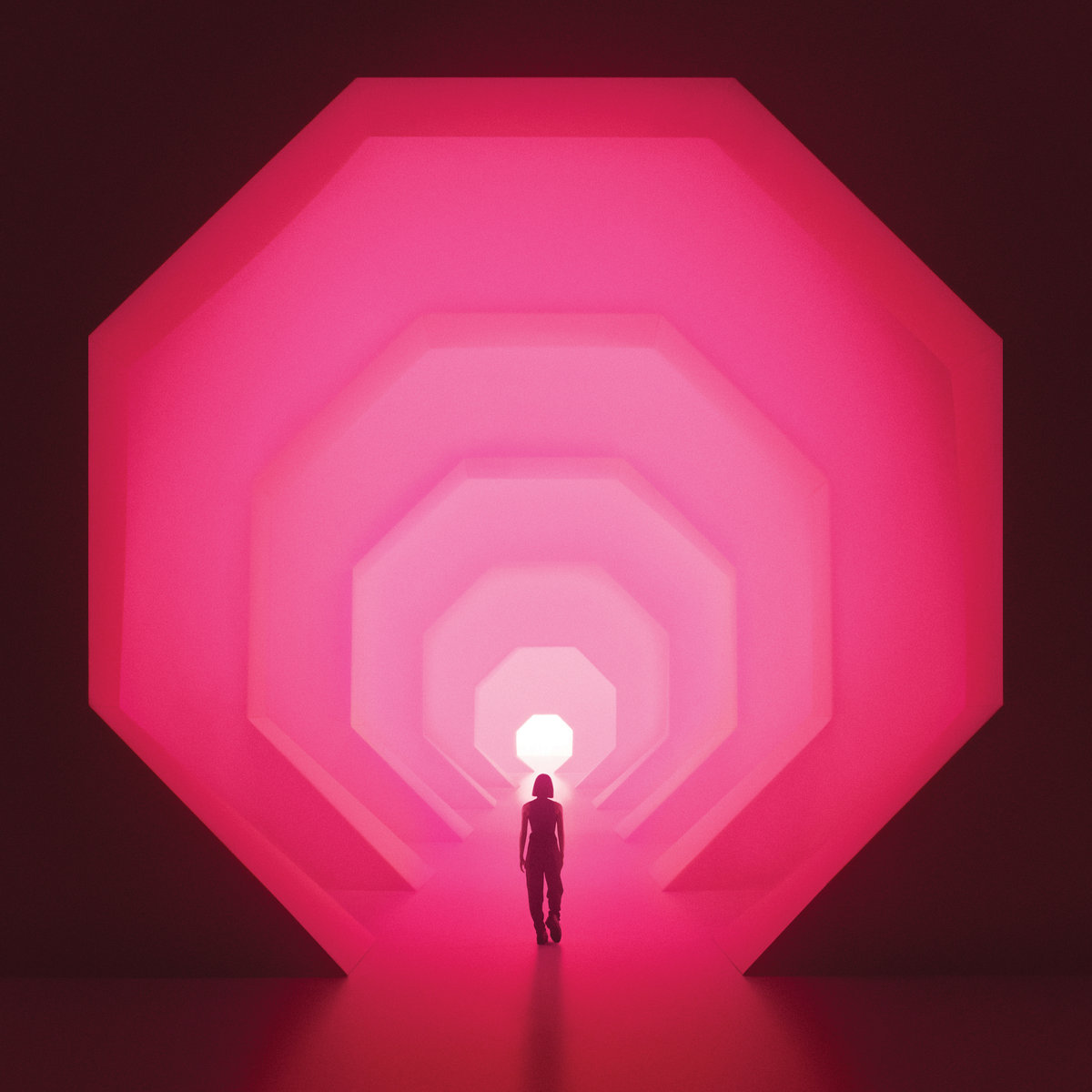 Another consistent theme across your discography has been your collaborations with female vocalists. Is there something about the female voice that you feel particularly complements your sound? You’ve worked with JFDR across both Ruinism and Amnioverse – how did you two link up?

I think for me there’s just a lot more emotive energy in the female voice. Its (generally) higher pitch feels more ethereal and celestial to me. Perhaps that why I’ve always worked closely with predominantly female artists. Jof and I met through my manager, I believe. We just click musically, I love her voice and all of her work to date.

Your first release came out in 2011, and I’m assuming you’ve been making music for at least a decade now. In what ways do you feel your creative process has developed since you started out? What are the most important lessons you’ve learned as an artist?

Well, I think back, then everything seemed new and exciting. I didn’t think twice about anything and did everything I could and put my all into music. I soon learnt that you lose yourself along the way when you don’t separate the art from your own personal life. I have become my art, though now I can see it clearer for what it is.

Learning to understand myself better has in turn benefitted my mental health and my professional music career. There are lots of ways that external factors can change your own perception of what you do. I’m more conscious now of who I am and what I feel I am here for. Music is and always will be an emotional vent for me. Something that I rely on as a kind of therapy.

What are your plans for the live recreation of Amnioverse? It’s mentioned in the press release that you’re returning with a live-AV show “driven and delivered by a modular gear set-up” – do you feel as if has your approach to live performance will be different on this new tour?

Yes, definitely. Im currently working hard on putting the new show together. I’m exploring a very improvisational way to perform at the moment involving Eurorack and various other synths and drum machines etc. I’m also working closely with some new friends that are building something very special for the visual side of things too. More news on that soon!

‘Amnioverse’ is out now. Order a copy from Bandcamp.

Discover more about Lapalux and Brainfeeder on Inverted Audio.