On his debut album, Aquarian invokes the ancient alchemical symbol of the Ouroboros – an ancient symbol depicting a serpent or dragon eating its own tail – both as a metaphor for personal transformation and a potent musical device.

‘The Snake That Eats Itself’ is a symbol of life, death, and liberation from the cycle. The sacrifice of renewed existence through continuous rebirth, achieved through the slow pain of destroying oneself in eventual totality, is an all-too-accurate metaphor for the millgrind that constitutes much of modern-day existence.

Born from 5 years of experimentation and development, whilst living in Brooklyn, Aquarian was subject to the relentless repetition of the city. Cacophonous drill-drums sampled from an ongoing demolition outside his apartment open the shutters on the world this album is created in, and for: the helpless frustration of millions of urbanites, each day participating in the daily devour, consuming just enough to be reborn the following morning — just a little changed.

We caught up with Aquarian to discuss the mind space from which his debut album came from, the significance of New York to his production process, and what it takes for an artist to create music. 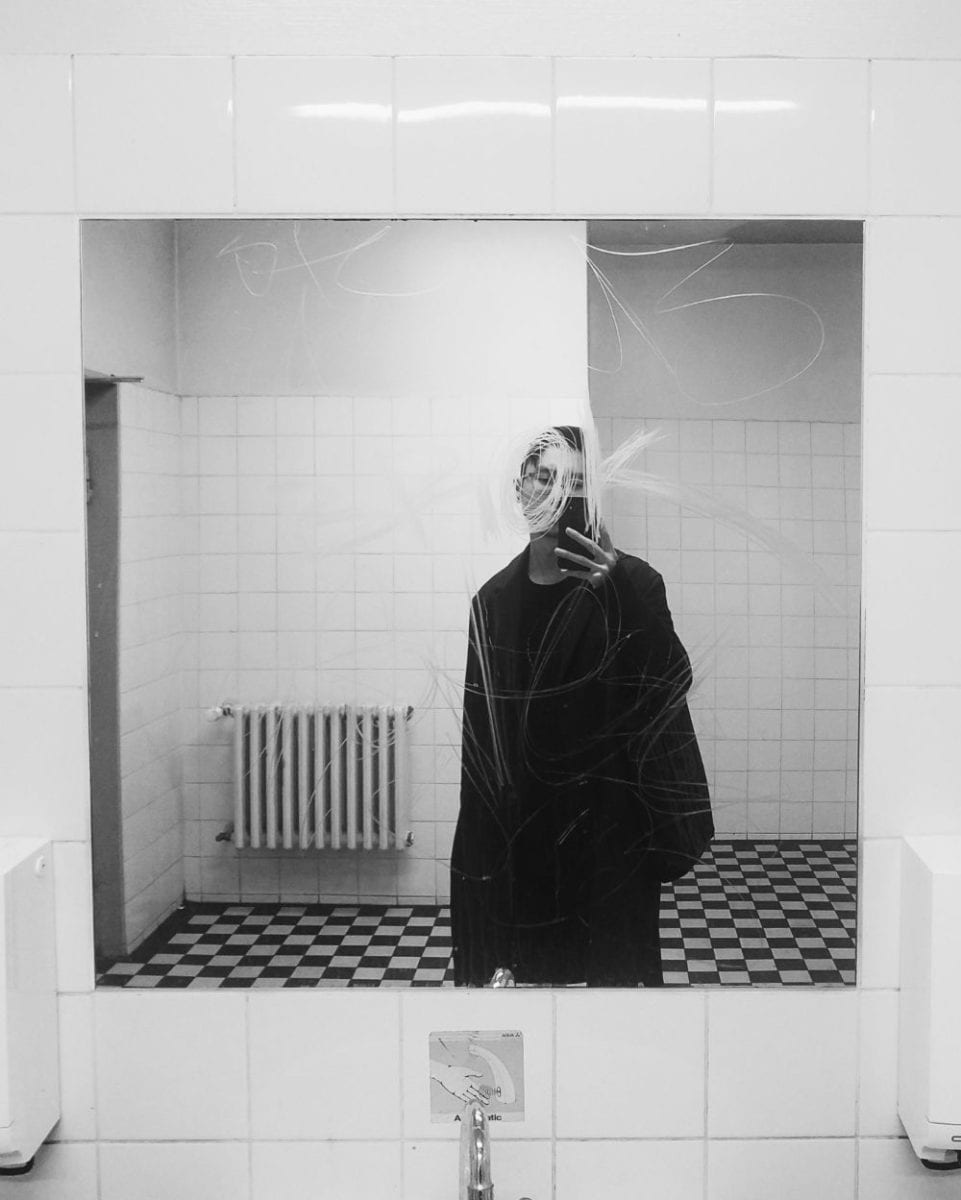 The album is tinged with a very real sense of frustration. Can you shed some light on the moods and mindsets which played a part in making this album?

Frustration is definitely an emotion that played into the album, from a period of gradual transition, both with the end of a romantic relationship, falling out of love with New York as a place to live, and an artistic home. The album was made through some extreme highs and lows.

I imagine this will be related: ‘New York, An Eternity’, strikes as a key moment on the record. Why did this title come about?

Yes, very related — ‘New York, An Eternity‘, was one of the working titles for the album, and alludes to the sense of inertia I felt at the time. There’s an extremely faint field recording of delay on the New York Subway — it’s unintelligible but near the end of the track. It partially references the feeling of waiting on a platform for an infinitely delayed train.

It’s an incredibly cathartic record to listen to. Was the creation part of a coping strategy, and do you feel a release of tension when listening/playing the tracks?

Definitely, the creation was a way of coping and also expressing the feelings at the time, but also a period of experimentation born out of frustration with the limitations of conventional DJ-oriented music. The tracks definitely bring me back in some ways to that time, but it’s also been long enough (some of these tracks date back to 2014/15) that I feel some amount of emotional distance — my circumstances and emotional state are completely different now.

“Letting Go At Arms Length” seems like a turn in a new direction. What went into the creation, and can we expect more in this vein?

I’ve been interested in doing a track with vocals and more downtempo styles for a long time and the LP seemed like the right time to explore.

I hit up Danny from Passarella Death Squad about working together at some point and he was up for it, so I sent over a track that I imagined some vocals on and he sent back some vocals with Emilie on it. I’ve done a few more tunes with vocals on them, and they might be released at some point but I definitely would like to explore more in this vein.

You’ve relocated to Berlin: do you find this album transports you back to that time in New York, and do you find it difficult to re-enter the headspace of the record when performing now?

[I’m] in Berlin, yes! [At] certain times, yes the album transports me, but I also feel like they’ve taken a life of their own — I don’t find it difficult to re-enter the headspace, but there’s also a broad range of emotions in the album — the last track for example feels a bit more hopeful.

Within the album material there is a palpable sense of gritted teeth and of a slow concession of defeat, of anger at the present situation and the lack of power to alter it. ‘End Credits’, the introductory piece, seems to somehow contain all of this energy within the aching washes of effect-laden synths; a mournful lead contending with another, far more resentful line, both weaving together until the sudden ending leads directly into ‘Blood Sugar’ — one of the album’s strongest statements.

A chimeric hell-raiser forged over 9 minutes, ‘Blood Sugar’ in its entirety contains small tastes of the whole album: part half-step drum and bass with a hefty dose of techno mentality, topped up with grainy, potent ambience and finished with full-state tearout jungle, this is a fierce and divergent weapon.

Vying for top spot with ‘Blood Sugar’ is ‘Tarp2′, a more condensed but no less wild slice of energy. Drums beat the air as the cyclonic centrepiece churns everything into dense chaos — we’re caught in the clash, drama and dystopia distilled into the frenetic percussion patterns.

‘Hate is a Strong Word’ is thick as cement mix and sets in just as hard, the ‘Bruxist Part 2′ taking Aquarian’s distaste and boiling it down into a blistering technoid hybrid, pressure and closeness constricting the airways, choking out the last of your breath.

‘Letting Go At Arm’s Length’, surfacing at the back end of the album, comes like a mutated chunk of ‘Mezzanine’ that was hacked off 20 years ago and left to fester in blackness and confusion before being resurrected by some hopeful song caught on the radio frequencies.

Aquarian’s achievement here is not how “dark” or “heavy” he’s gone, but how cohesive the album is, despite being such a mongrel: the disparate genres don’t compete, but fold into a single movement; the industrial power behind much of the album does not overbear genuine musical composition; neither the hyper-precise programming found in the heavier tracks, nor the fixed gaze of the more ambient pieces feels forced or trying.

So much cannot be said for swathes of records attempting to bridge these gaps in genre, to merge hard dance music with gentler sounds on one record. It’s a rewarding — if harrowing — listen, created for street walking with a scowl and dancing with a clenched jaw.

‘The Snake That Eats Itself’ is out now via Bedouin Records. Order a copy on Bandcamp.

Discover more about Aquarian and Bedouin Records on Inverted Audio.