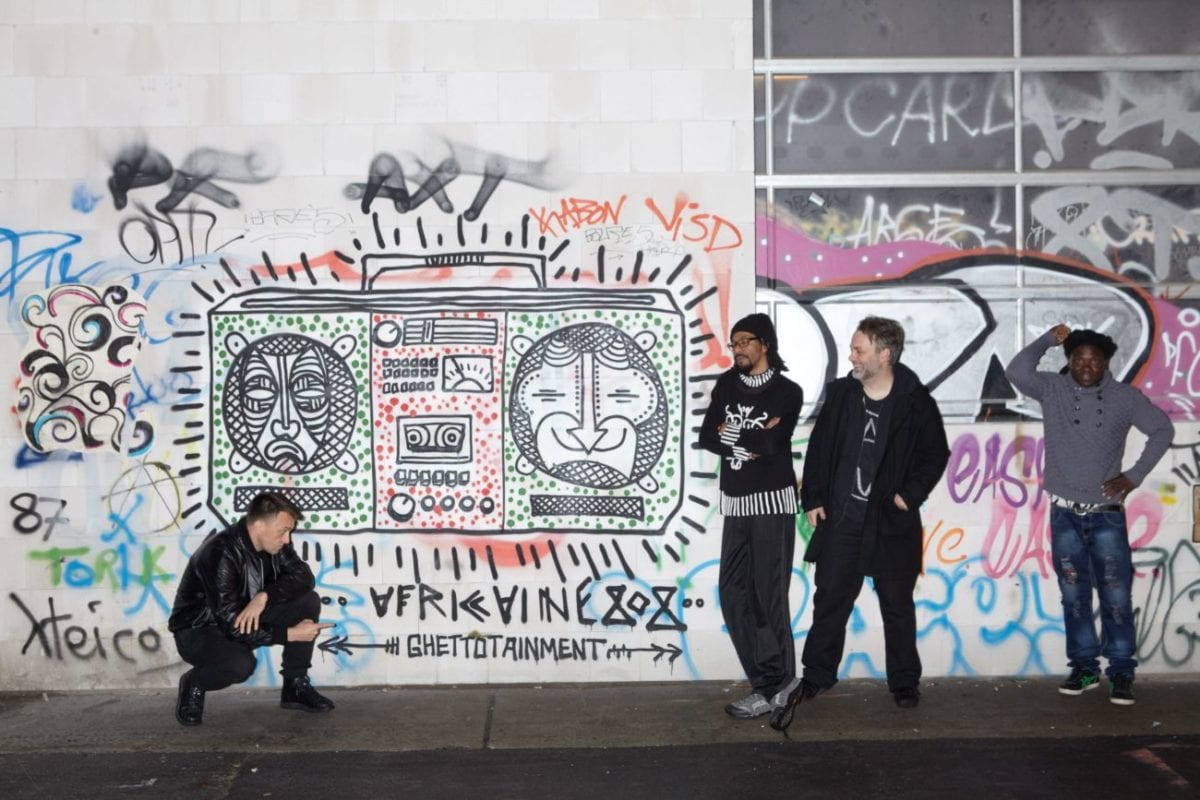 Within a couple of releases for Nomad’s own Vulkan Dance label and another pair for the impeccable NY-based Golf Channel imprint, Berlin’s Africaine 808 duo rapidly settled as one of today’s major duets on the circuit when it comes to hip-swaying tribal house and trance-inducing Afro-electro sizzlers.

Ahead of the release of their debut LP ‘Basar‘, we caught up with DJ Nomad to speak studio work ethos, creative freedom, youth influences and chunks of their Berlin experience. Icing on the cake, the Vulkan Dance sachem selected 10 of his favourite African folk songs and a bit more than that for y’all to enjoy in this mixtape!

Africaine 808, this name sums up your sound pretty accurately indeed! What’s the story behind it?

It’s just a name that reflects that we are into clashing, fusing, mixing and counterpointing different musical histories, styles and cultures… In that case, an African female with a Japanese drum machine.

Your eagerly-awaited debut album Basar is set to hit the record stores imminently. How long have you been working on it?

All in all, about two years, since we are both busy with other projects and can’t only work in the studio every single day it took a while to get the 12 tracks recorded and mixed.

We didn’t want to go for an Alibi package and just do an album with lots of pre-released tracks, but make a statement and deliver something we can listen to for some years. 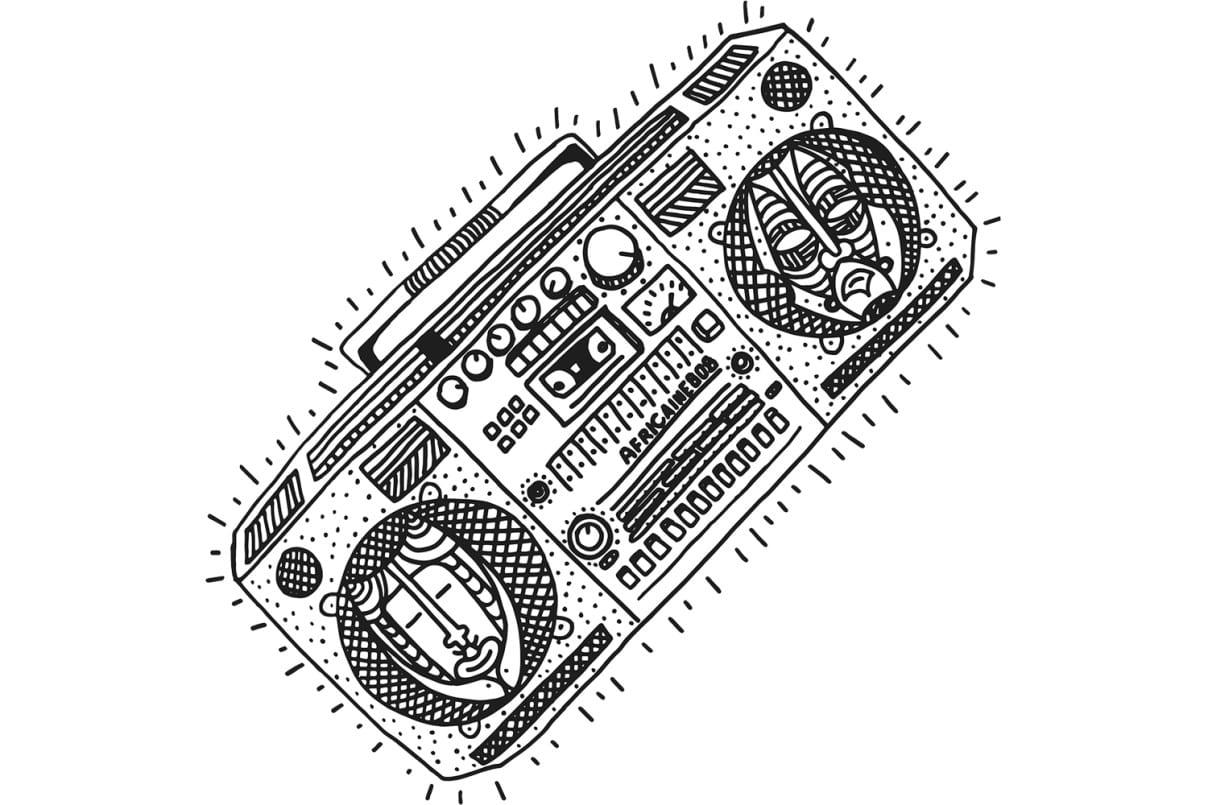 Did you give yourself a particular course of action during the recording? Did you cling to any concept?

Our concept is open-mindedness, so yes – we always cling to that. We both come from different musical backgrounds, but both were exposed to tons of different phases of musical learning and understanding, so this is pretty much reflected in this album.

If it has a narrative – it’s the music we love, grew up with and that we like to reflect. So lots of funk and soul, dub, jazz, techno, jungle, gospel…. and African music.

In a way, we reflected how the roots of all the above mentioned styles and the instrumentation of the music are related to their origins throughout the African continent, and how we translate it to the now.

I guess shifting from the 12″ format to the long player one has changed the approach quite a bit?

No, not the approach, necessarily. It’s quite the other way around. We just produce and decide afterwards when the track is finished for what format it fits. We have never not finish a track. Every track we start, we finish. We are not into doing demos. 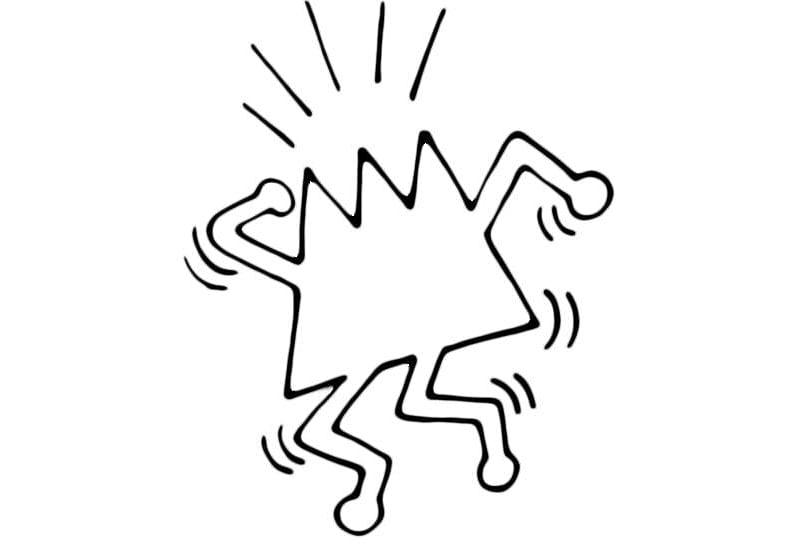 Did you want to weave some kind of ‘narrative’ between the tracks? Or did you think of them as distinct, standalone objects with diverse attributes?

As mentioned above, the narrative is in the musical history we reflect… In some tracks you have a very linear connection, e.g. “NGONI” is about a string instrument made out of a a oval calabash with goat skin as a resonant body.

When Senegalese and Mali tribes got enslaved and shipped to the South of the U.S. they tried to make this instrument, but there was no calabash, so they used pumpkins.

Out of this round resonant body the Banjo was born. On “ Yes We Can’t” you can hear a Banjo over a very obvious Senegalese influenced Bluegrass track… So yeah, there are a lot of relations between the tracks, but none of them were forced or conceptualised, they just came natural. 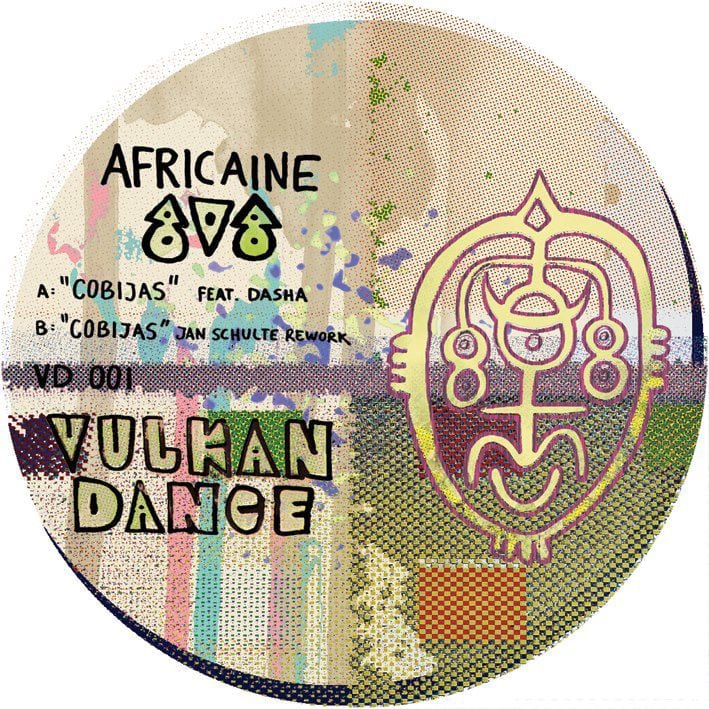 Nomad, you used to perform as ‘Triple A Soundsystem’ with Hunee before founding the now highly-popular Vulkan Dance nights in Berlin. What’s been the starting point to this?

Hahaha… the starting point was that Hunee and I were the only guys in the city that were really into the same mix of West London broken-beat stuff and afro, disco, ragga and hip-hop.

There was Jazzanova, too – but their approach was a bit more elitist into the hazz and house vibe, ours was a bit more streetwise and closer to the Bristol Soundsystem idea.

We used to DJ back-to-back for like 5 years, which was great, because you really learn the heart and soul of DJ’ing that way, which is all about improvisation since you are never prepared to what your partner plays next.

I think we both still benefit from that time. It made us complete as DJs, I think. After Hunee moved to L.A, I decided that it was time to venture deeper into the tropical and Afro vibe and started Vulkan Dance. 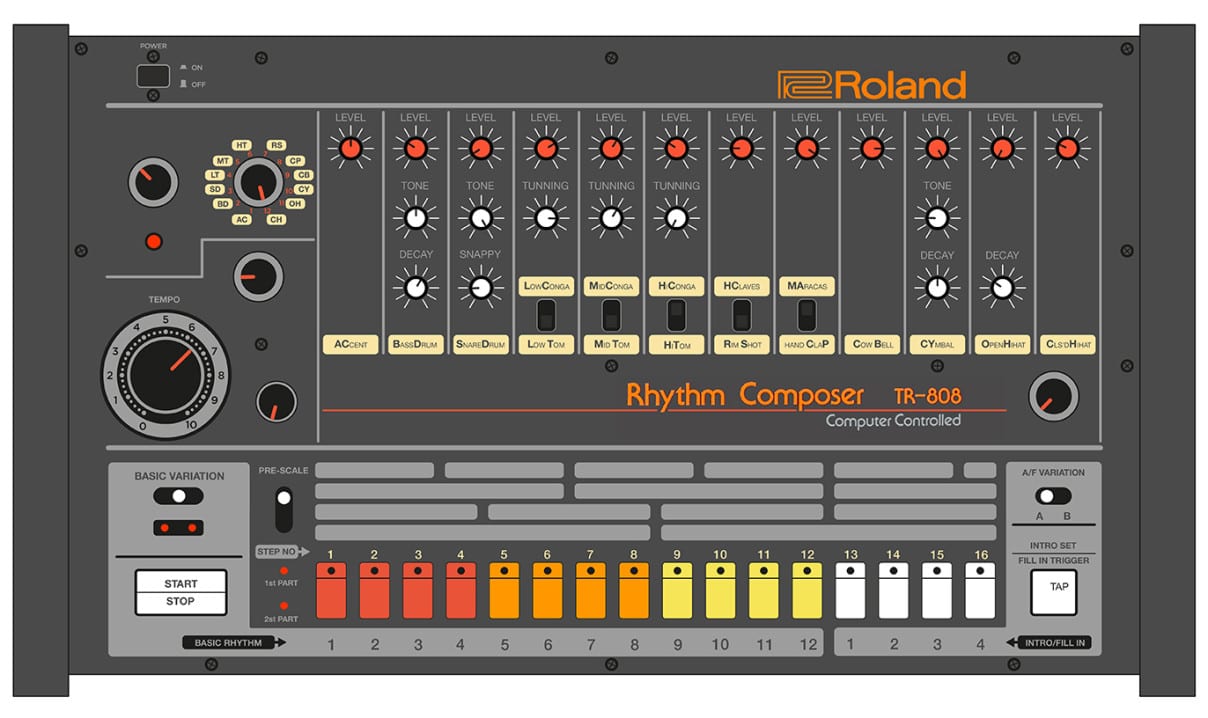 It also marked your reunion and paved the way to what would become Africaine 808! What souvenirs do you keep from your first performance together?

We’re not nostalgic people, so we don’t keep souvenirs. Our souvenir is the Roland 808 drum machine… it’s almost like a mascot. It’s always on, even if we don’t use it for a while.

Talking about it, what makes the 808 so special in your eyes?

The colours. I just love the design!

You witnessed Berlin’s musical evolution over the years. How do you feel about the city’s current nightlife and such?

Berlin has probably got the most overrated nightlife now, music-wise. The quality of the parties in terms of music has declined over the years, but the overall sound quality has improved.

Clubs have bigger sound systems now, and they can afford them, because they make money. Back in the day it was a different vibe, more idealism and less numbers. Berlin is still great though, when you know where to go. 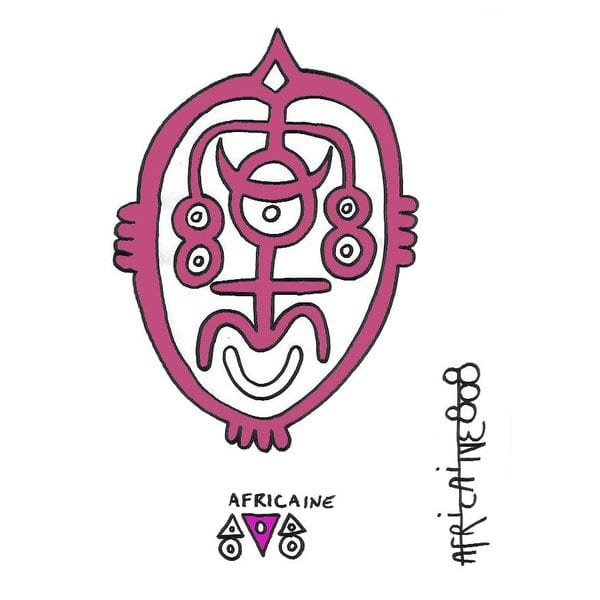 Nomad, you recently said in an interview that “everyone’s looking for this trademark sound, and these endless repetitions of the same thing”. I know there might be no rule, but what’s your work ethos like in the studio? Lots of jamming sessions and improvised sequences?

We both have a long standing musical education behind us, so the influences we can incorporate are numerous. Why should we limit ourselves to just finding one formula and repeating it endlessly?

We just flow. We don’t need much sessioning, the improvisation starts while we are working on the track.

Sometimes we just work on an instrument with 4 hands at a time, sometimes each of us has his domain that he defends, if necessary. We just love to keep the ball rolling. 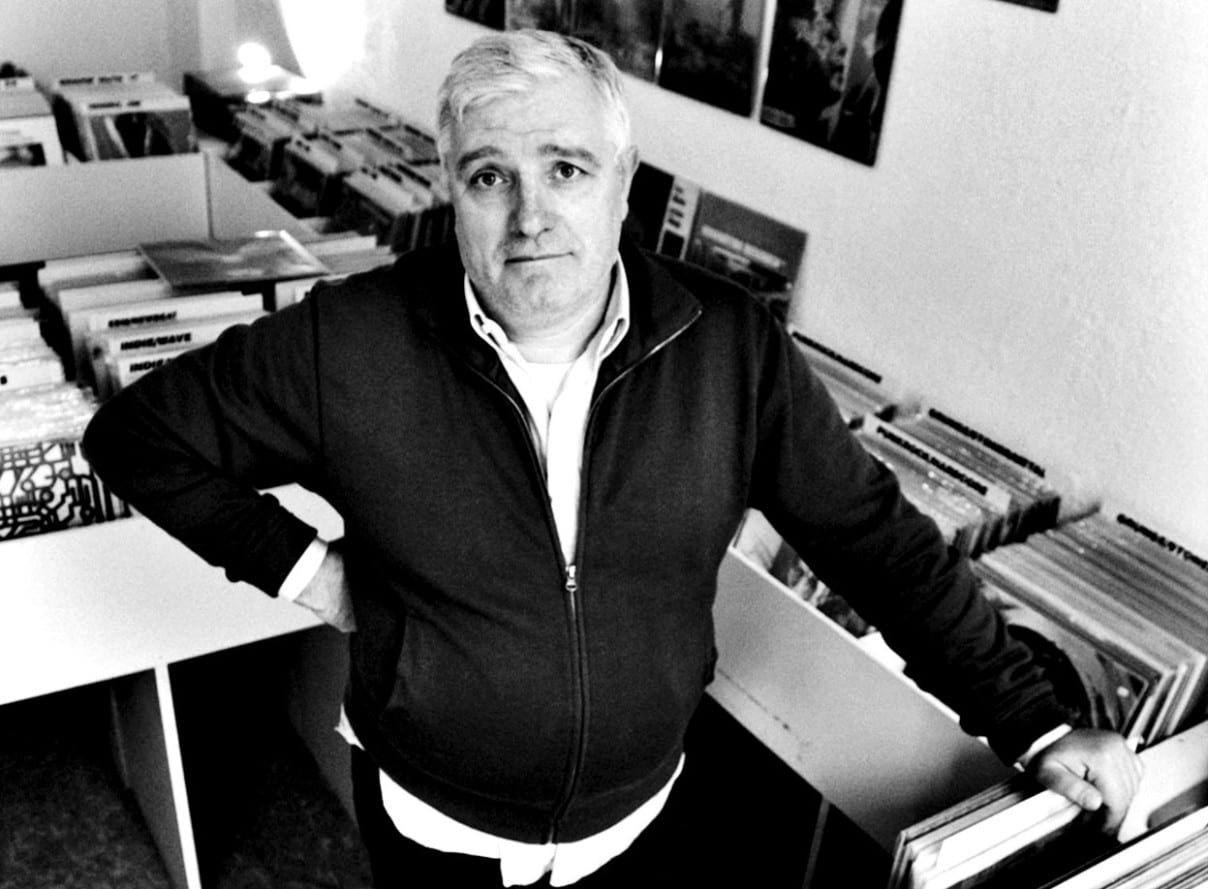 You also mentioned that a live performance from Italian legend Beppe Loda in the Alps did act as a decisive element in your will to become a musician yourself. What do you recall from that night?

It was more the decision to become a DJ… regarding production, it was probably guys like Goldie or Wax Doctor who showed me that any graffiti kid could pick up a sampler, get an Atari going and make a record in his bedroom. And that is exactly what I did.

For DJ’ing Beppe Loda was essential to many, because he radiates love to the music, breathing genuine creativity in digging, mixing skills, and respect for the audience. There’s few guys in the world who created something so inspiring and kept it on a very high prolific level like he did… well, David Rodigan maybe – I love that guy’s energy, too.

One can easily feel the spontaneity at work in your tracks, especially in the way the drums are being played, in a rather freewheeling, vivid flow. Is that perhaps one of the biggest lessons from most African music? The power of instinct and natural impulse? 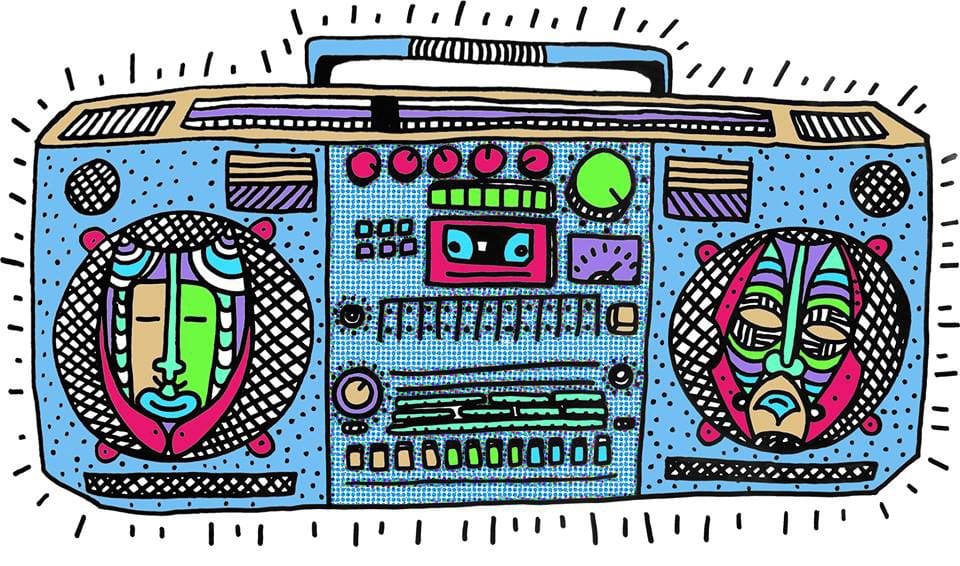 Aside from your beloved 808, what’s your studio composed of at the moment?

We like to keep that a secret. Those who have ears will hear some classics in there. We got a great recording room, good pre-amps, microphones and a great coffee machine.

Which record store did you last visit? What did you bag there?

Superfly Records in Paris. I bought an amazing early Cadence/Biguine album from Albert Zénon and a rare Guadeloupean Cadence Album from Wafrikai.

Will you be touring Europe to promote the album launch?

Yeah, we’ll be all over the place in the next months as it seems. I hope we’re gonna see some nice festivals this summer too!

This track is just pure bliss. I am a huge fan of Tabu Ley for such dance classics as “ Haffi Deo” and “ Sarah” which are regulars at Vulkandance Parties, but his quieter early stuff with Afrisa is also just amazing.

Found this by browsing through Youtube some night, and was just blown away. This is like Techno music, much like Zambian traditional music. I had to find this Soundfile and Edit it for my own use… I call it the Ding-Dong Bass remix..I hope someday we get to record those guys.

Great Hipnotic Dance music from Zambia. I could listen to Zambian folk for days, and I did. This is for me the soul of Techno and House music. Loops. Polyrithms and call and response chants.

This brought tears to my eyes the first time I heard this song. Mangala had just died some months before in Bamako. What a voice. It’s direct and inescapeable musical truth. I wonder how many great dsongs he could have recorded alone or with  “ les Ambassadeurs”… the world has lost one of the greatest singers ever.

What can I say, without getting lost in superlatives ? She is the Queen of Mandinque singing and one of my longest companions in African music. Obeah priestess. A monument of a woman and artist. Every note that comes out of her mouth gives me goosebumps. I forever salute you Nahawa Doumbia.

I can’t tell you much about the artist other than that he’s from Angola. I found this record on a flea market and brought it home and was pretty pleased since there are four fat tracks on them, that are also somehow classic coastal Colombian Soundsystem material. Great folkmusic to dance to.

This track is just called “ that blues track” in my playlist, since I can’t remember that Zulu title. I’ve been playing this one for many years now, and it is one of the deepest pieces of South African traditional Zulu Jive I know. I’ve been collecting South African music for almost 20 years and I am still shocked how much there is to discover. South Africa runs deep!

This track will forever be written in my memory because I opened the best party I ever played at with it: TROPICAL DISCOTEQ’s – Fête de la musique open air party in Paris, last year. Benin music is my heart and soul. Artists like T.P. Polyrithmo, Sagbohan Danialou, Lamed Janvier, Les Volcans, Gnonnas Pedro, Honoré Avolonto, Antoine Dougbé, Bento Gustave are all worth being collected.

I know you said Folk music only, but I gotta squeeze one High-life Track in there, since Highlife was the bridge between  Tradition and western pop-influence.

King Ubulu (R.I.P.) is dear to me, and this is the track that is my favourite of all the many Ubulu records I own. The eternal Roganna Ottah plays Guitar on thi Album.  On this particular LP, Ubulu  announces “that his music is like water, it flows and can not be captured, but he who tries to steal it shall drown in it” . What a man. What a heritage. One of the finest pieces of edo Highlife ever played by Pico Soundsystems.

My favourite track from the red Album of one of the biggest Songwriters and griots the African Continent has ever produced. He has to be in every African Folk selection. A guitar, a unique voice, minimalistic percussion and foot-stomping… what else do you need?