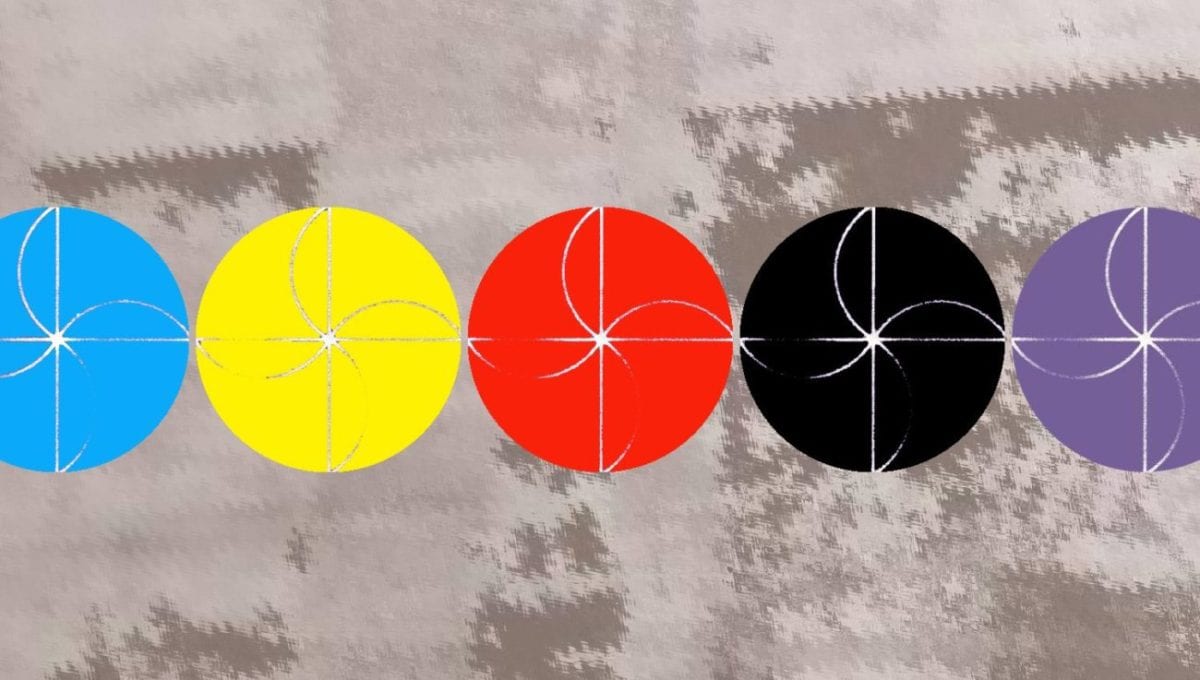 Following our end of year chart featuring the ten best record labels of 2014, there’s one other London based record label that caught our eye, notable for their close ties to R&S Records and for releasing an eclectic array of house music from disparate producers around the globe.

Meda Fury is a label distributed by R&S and operated by Nick Williams. For those that live in London, you may also know Nick from his day job, working behind the sales counter of the Soho based record store ‘Phonica‘, where Nick has gained unimaginable experience in the industry. We caught up with Nick earlier this year in Soho Square for a chat about the roots of Meda Fury and how he perceives the label growing in the near future.

First of all, what’s the story behind the name ‘Meda Fury’?

To put it in context, the label has been a complete accident and all of the decisions that have been made after I decided to go ahead all came about quite quickly. The name is always one of the most difficult things to come up with.

I came up with 8 names, 7 of them I wasn’t really sure about, but the 8th one was a name that I had since I was a teenager for a band that I was going to be in, but never happened. It’s a bit of a weird one…it doesn’t actually make sense. It’s made up…the words have multiple meanings.

When I was a teenager I though ‘Meda’ was a thousand, and ‘Fury’ was flowers…. thousands of flowers, but that’s not what it means in Latin, it’s just what I thought it meant. That was probably 20 years ago.

When you’re in that creative period of your teenage years, you’re just writing down track listings for compilations and stuff like that, that you’re never going to get time to do, so I just had all of these pieces of paper with scribbles of band names and stuff.

Anyway I sent the names over to Andy Whittaker and Sam Willis at R&S Records and they both said that it has to be ‘Meda Fury’, so that helped make my mind up.

I guess that’s a trait for the label…it has to be accidental or coincidental because the label is exactly that. I was never going to start a label, but they asked me to do it.

How did R&S persuade you to run the label then?

For a good year they wanted it to be done under R&S, but 80% of what I put forward they really liked, but they felt that it wasn’t R&S material and they were right. Andy had the idea that they should open up another sub-label.

However the way Renaat operates I thought it was a joke, the way he writes his emails, he said “Nick I’m going to give you a house label”…I was like, “yeah good one”, but he wasn’t joking.

I’m still A&R’ing for R&S but I’m also now label manager of Meda Fury, they’ve given me free reign, they haven’t stepped in deciding for me what tracks to include or not.

How have you gone about selecting artists for the label?

Takuya Matsumato, he was someone that got tipped to me by Lindsay Todd, he had no press and was just this unknown guy from Japan. Move D and Floating Points were playing his stuff. I can’t remember how I ended up talking to him, maybe Soundcloud, he’s quite shy, but he agreed to send over some tracks.

That was the 2nd release – we’re on the 5th now. I’ve got the 6th EP ready for early next year, and I’m working on the 7th release at the moment.

All of the records you’ve released are very different to one another.

Yeah they are. A lot of the tracks had been sent to me before I founded the label, I guess that’s thanks to working in a record shop, and you just pick up a lot of contacts. So already there was a little ball of things rolling.

So the guy who I was trying to push to other people, Hazylujah, I just turned around and signed him myself to my label. He uploaded some incredible new tracks to Soundcloud and I got back to him, told him to take it down, as I wanted to release it and wanted to start with something that was really interesting and quite strange. I didn’t want anything too straight. So things just started to spiral, everything about the label follows that haphazard approach.

Even with the artwork, I saw it everyday on the tube, just some graffiti done on some anti-graffiti paint, which makes the paint melt, so I was seeing that everyday and always thought that it would look really nice, so I took some photos of it and used it. That’s what the grey background is on the record sleeves. Some people think the back cover is of a forest, but it’s not.

The logo I’m not sure where I saw it, somewhere on an electrical fitting inside a house, I kept on seeing it everyday, some old Bakelite fitting in my house from the 1960s or something.

So…I got the name from an old piece of paper, the label I got from someone who gave it to me, tracks sent to me, visuals from things I saw everyday…so this haphazard method is something I can’t ignore, I love it.

When I was at school all I did was art and painting, my style and methods were very labor intensive and exacting, I was a perfectionist and I spent so long deliberating and trying to make everything look extremely real.

So for this new creative outlet it’s less controlled and chance is a key method to getting the right results.

Which artists on Meda Fury are UK based?

None yet! I’m working on it though. That’s another thing the first three came to me from different countries, there’s so much good music out there that needs to be released.  Each release is from a different country, going forward.

There are 195 countries in the world…so you’re kind of limited. A bit like the record label 50Weapons, 50 records only…or so they say.

I can’t wait for the first UK one. We will be revisiting countries, I’ve got plans for more releases from Japan and Italy, next year.

Do the potential UK artists work at Phonica?

No not at all, ones an older guy who used to do stuff on Warp, but hasn’t done stuff for a long time. There’s also a really young guy from London. Then there’s someone else in the middle. So I’m looking forward to confirming one of these guys – I hope!

What about the Germans?

Yeah I was talking to two German producers…who knows…but that’s got to happen surely!

And what about the Dutch?

Yeah the most recent EP is from Rotterdam’s D-Ribeiro, he’s incredible.

Each record is very different to one another. You said that Renaat had emailed you saying that he has given you a house music record label…this doesn’t quite seem to be the case?

It is in my mind…again all the stuff that was being sent to me is very different but House music is very subjective. I do generally like house a lot and I like the fact that you can do a lot of things with it. It’s really broad in that sense.

To me house has withstood the test of time a lot longer than a lot of other dance music; I can’t see it going away. It doesn’t know any boundaries. I can see a lot of close connections to rock music, they’re meant to be played loud, at night, sweaty evenings, cult followings, and there are so many different permutations of it. I’m looking to explore every shade.

What about albums and compilations? You’ve probably already worked out titles for them already!

Andy Whittaker, my right hand man at the label, does want to do that. I think it makes sense, after doing a load of singles, plus digital only tracks I think it makes sense to do an album or compilation, in fact there is going to be a digital comp – a round up of the best tracks from the first five EPs, now that we’re a year old.

I was really fussy on how I built up the track lists for each record. The thing is with an EP is that it’s a decent amount of time, a good half an hour; I try to stretch them out into a little story. Also I find that some of the music sent to me is so good that I struggle to fit all the tracks on.

What’s the deal with R&S? Are they solely distributors? Obviously you get their experience in dealing with the manufacturing, productions, mastering etc. of the record. How much experience do you have doing that?

Well that was one of the reasons why I immediately said yes to the prospect of having a label with R&S. It’s pretty rare to be asked if you want to run a label for them, and you have their ‘machine’ already in place, deals with manufacture, distribution and so forth.

It’s similar to what Fabric did when they advertised for a label manager role and employed Rob Booth of Electronic Explorations to manage and conceive their record label Houndstooth.

Yeah it’s kinda like that. I think it’s maybe even better being part of R&S because they’ve got 30 years of experience, they operate Apollo Records as well, and so many legendary records and stories to tell.

Meda Fury releases by D-Ribeiro and OL are in all good records now.