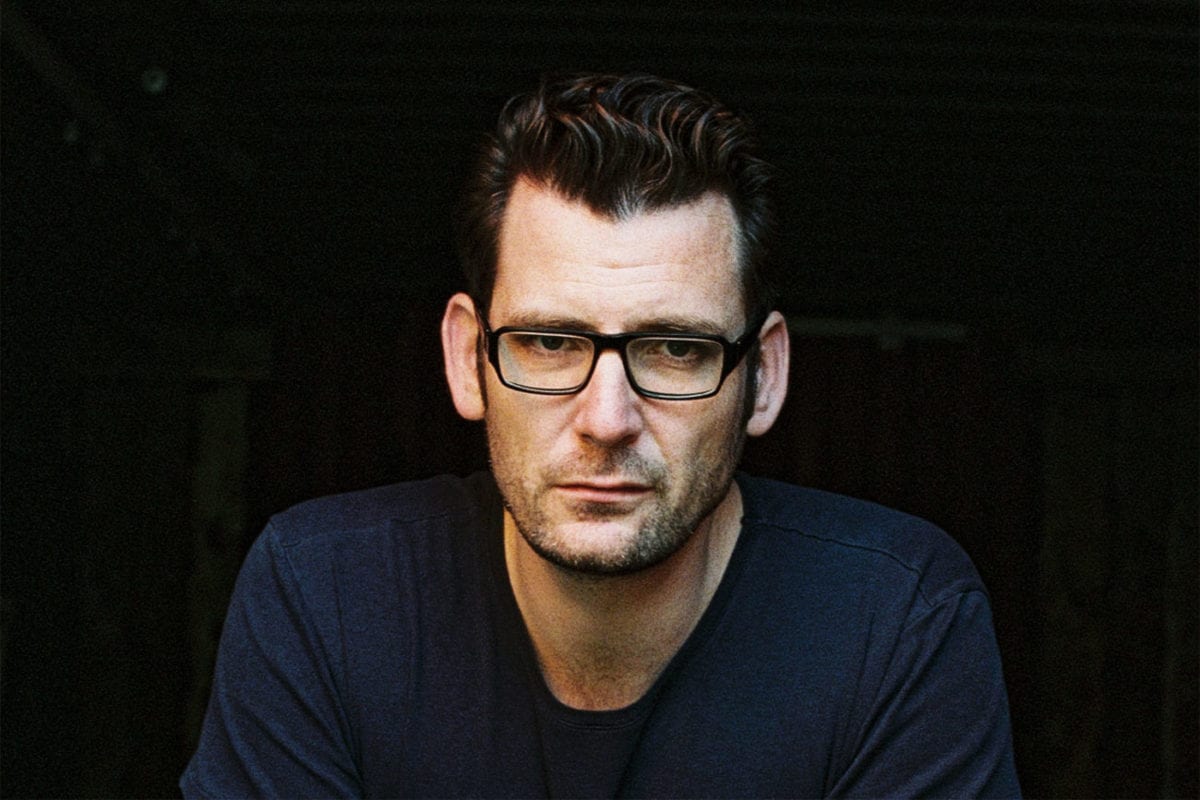 When it comes to holding up a golden standard as a techno DJ, there’s few at the level of Berghain’s very own Norman Nodge. A staple at the club since the mid-2000s, Nodge is a monthly resident; providing his incomparable skills to any time he is called upon to rev up the dancefloor. Aside from his residency, he tours worldwide, practices law full-time and releases music on labels such as Marcel Dettmann’s MDR imprint and of course Ostgut Ton.

With his latest release, ‘Embodiment‘, he provides a potent reminder of how his hurdling and hypnotic sound takes hold of anyone who is near enough to listen. With the release now out-and-about for everyone to hear, Nodge was asked to contribute a mix for our sister series, Newtype Rhythms – and he did in grand fashion, with an 88-minute epic. We spoke with him about his release, how he fits within the current electronic music climate and what’s to come. 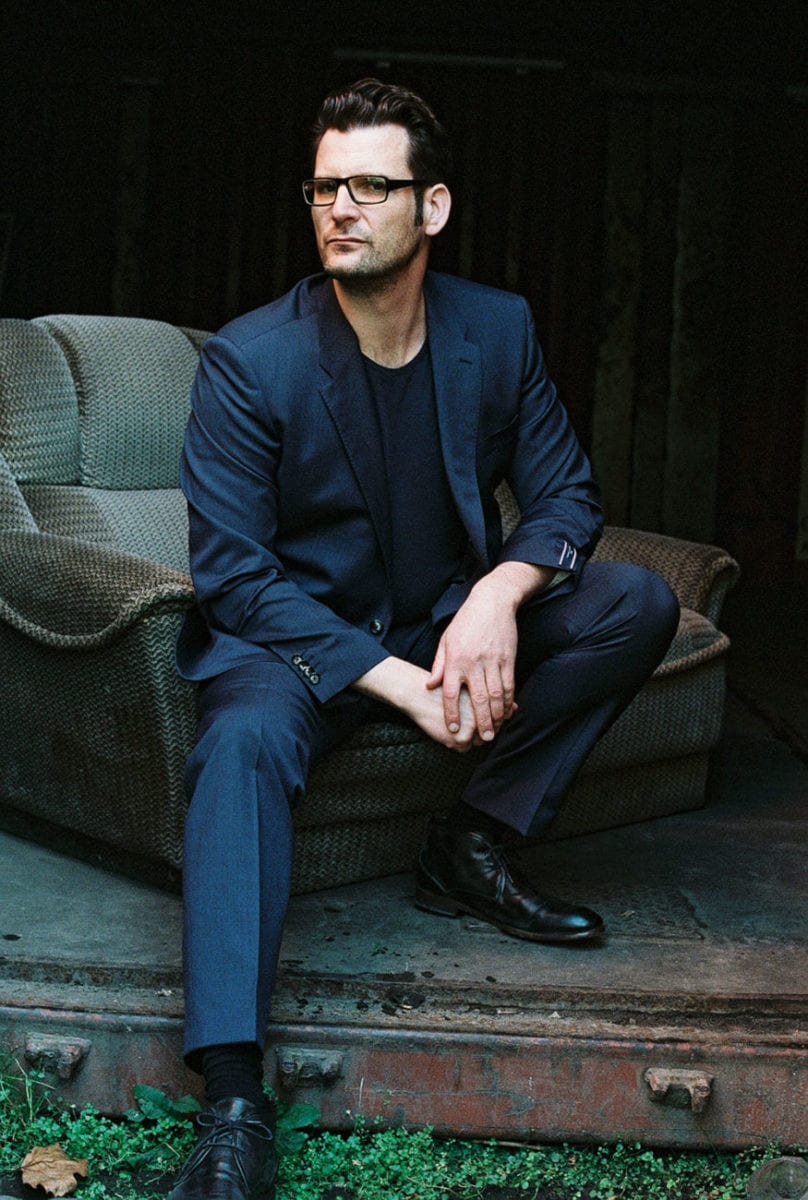 Congratulations on the release of your new EP. It has been a long time coming since your last full release seven years ago – whilst you’ve still been DJing throughout that time, what brought upon the extended break from releasing new productions?

Many thanks! Actually, the break between my own 12 -inches was long but there was no break from producing in general. During the past years I have contributed to two MDR compilations (e.g. “Signal Response” for Marcel Dettmann) and one Ostgut Ton compilation, and I have made several remixes (such as “Dark Manoeuvres” for Envoy). I was busy traveling around for DJing and with the residency at Berghain and my day job as a lawyer, so I am happy that Embodiment EP is now being released on the label of my home-base.

I don’t feel under any sort of pressure to produce music in order to promote myself; I started really late, when I was already in my 30s and had been DJing for many years before. I saw it – and still see it – as one way among others to express myself. That’s why I don’t feel an urgent need or even pressure to release very often. However, I also had some ideas that I wanted to work with musically.

Even though it has been quite some time since the last release, Embodiment captures several sonic aspects you’re known for; the hypnotic and palpable dancefloor sensibilities strewn about rhythmic rejuvenations – since your previous release up until now, what do you think you have changed about your sound?

My work has kept its signature style but of course, has developed. You still hear the dark sounds, it is also ‘organic’ in terms of growing and changing like an organism that is finding its way to full-form. I bring in my own personal experience and feelings that, which of course constantly changes – the technology does as well: new samples, new sounds, new plug-ins and such.

In the past seven years, the climate of the techno underground has bubbled up to the surface – it seems like currently, the shelf-life of “new, innovative” techno variants go by the wayside as fast as someone announces a new release and gets a repost; how do you maintain yourself in this climate and more importantly – how do you still cultivate the purity of what techno means to you in 2018?

In my perception, there have been more changes and a greater variety of styles at the beginning of the ‘90s: It seemed that every month a new genre appeared on the shelves. There was gabber, breakbeat, minimal techno (in the vein of Detroit minimal techno), then new expressions were added. Today, in my opinion we do not see these big changes, but many small variations on music that come and go.

Also, things come back that have been there before but are reproduced now slightly differently with today’s technology. For example, the rave sound in many contemporary productions with a pumped-up sound. These developments influence how we perceive sounds today, so as a producer you always have to take this into account, but it does not mean you merely deliver to the Zeitgeist. In my productions and DJ sets, I remain influenced by a broad range of sounds from different eras and styles.

You’ve maintained your residency at Berghain throughout this whole time; you’ve covered how important the slots you’ve played have shaped your approach as a DJ, but do you have a time slot that you prefer to play at the club – if so, why?

Building up tension and spreading the first tones in the empty room in the very beginning of the night has it’s very own charm as well as keeping the momentum in the not-so busy Sunday afternoons (compared to other Berghain hours). Of course it’s an overwhelming pleasure to take over Sunday evening and rave with the jam-packed dance floor not to mention the closing shifts where legends seem to be born, but as you can see it’s not possible [at least for me] to say what time slot is best.

What can people expect next from Norman Nodge?

Having my hands and ears on the EP, I can really go back into production mode. I’m thinking I will be working towards an album as a next step.

I recorded it the old-fashioned way; on two Technics SL-1200 MK2 turntables, one Urei 1601E DJ-mixer and Pioneer HDJ-S7 headphones. I recorded it with my Olympus recorder, and Rifts – who already mixed my Embodiment EP – gave it a little special treatment to make it sound even phatter.

Embodiment EP is out now, order a copy from Ostgut Ton.