When it comes to collaborative efforts, synergy is key, even if it’s about figuring where and what to get for lunch. The best-laid plans can fall apart on a whim when there’s no room to breathe for the other’s opinions or ideas, and a great example of this is when the duo of Malcolm Pardon and Peder Mannerfelt return to their Roll The Dice project.

For the better of a decade, the duo have been doing their own thing, continuing to carve their own paths in scoring television and film, releasing new records and cultivating their own specificity for sounds under their own personal guises. However, with their fourth album, Born To Ruin, the duo came back with a different approach – to strip it all away and create an eerie, effective and elusive album from scratch.

Roll The Dice is a project that lets itself breath between cycles and this one is no different, with both members coming back recharged with new goals to set sonically and stylistically. With the state of the world being as questionable as it is from every direction, Pardon and Mannerfelt’s newest album might as well be the reflection of what surrounds us as of late. Inverted Audio spoke to them about how important it was to take a break between albums, their process towards crafting the album and their future plans. 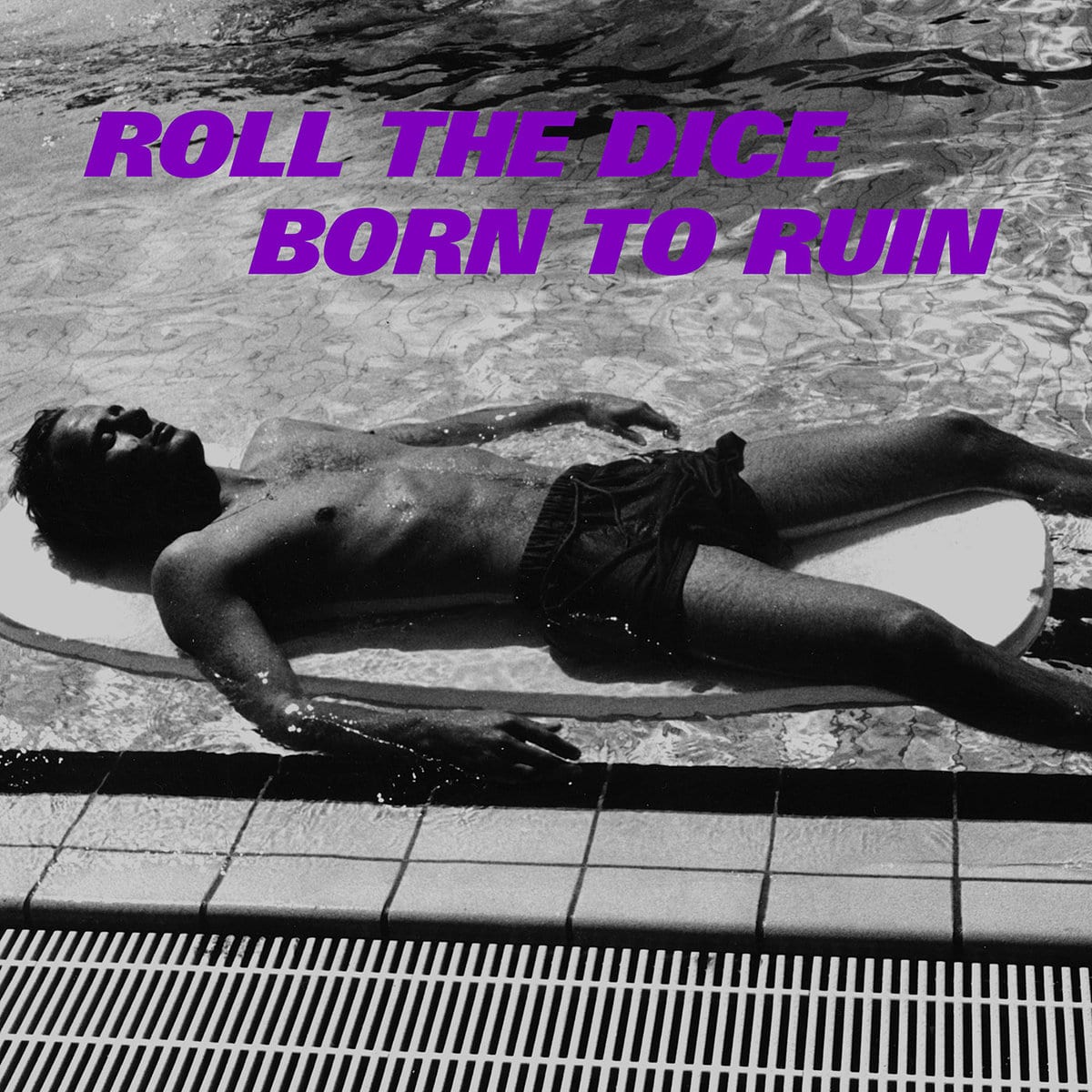 Congratulations on the album – it’s kind of amazing to see you two come back each time with a new take on collaborative goals as Roll The Dice continues and this time it seems like you stripped things down more. What was the main focus of this record, sonically and stylistically?

Thank you. Well, basically, we wanted to make some kind of departure from our previous albums, and when work initially first started on ‘Born to Ruin’ we had nothing but the idea of stripping down and being more sparse sonically. As this progressed, we slowly found our way forward and the narrative and framework slowly started to materialize. And the icing of the cake was when the saxophone found its way into the sonic picture, as we still needed the feature that would be significant for the album. With that in place, we never looked back.

The two of you continue to craft music outside of this project and come back to it after some time apart — how important is it to break off and do your own thing, and has each break in time added new perspective or ideas towards the direction of where Roll The Dice goes?

The time apart is vital. We have both always agreed on that Roll the Dice always needs to be scrutinized for its right to exist basically. With this in mind, the creative process becomes more focused we feel. If we don’t feel we are onto something musically in the early stages of a project we can easily put this aside and just take a break and try again another day.

If it still doesn’t sound any good when revisiting, it’s probably no good. If we bring this chain of thought into the bigger picture, when the day comes where we find our ideas does not excite us anymore, it’s time to quit. But this is also why the “long” period between our albums is so important to us. This is the time from reflection and letting new ideas come to surface. You can’t hurry love, as someone said.

Roll The Dice have been going on for about a decade – did you ever think you’d be where you are with your own personal projects and Roll The Dice as well?

As Roll The Dice never was, or should be, a certainty in the scheme of things, the answer is of course no. As life around us always need planning regarding family, work, making money… etc. The constant denominator for RTD was to avoid planning as far as possible. Be it when creating music, videos artwork or doing gigs. Early on when we first started we said, let’s see if we can get to do gigs in places we have never been to or for us exotic locations. That’s why one of our first gigs was in Sao Paolo. We try to honor our name as much as possible..

Were there any specific influences you had while putting together Born To Ruin?

We have basically tried to make a roots jazz/blues album, being influenced by early 20th century music and culture. Maybe not so much the actual sounds as such but more how naive that music feels today. Trying to free ourselves from ourselves and music making from what we have done in the past together. Our main influence was probably reduction and negative space. Just trying to reduce ourselves and our contribution as much as possible, both in the length of the tracks and the actual production of them. 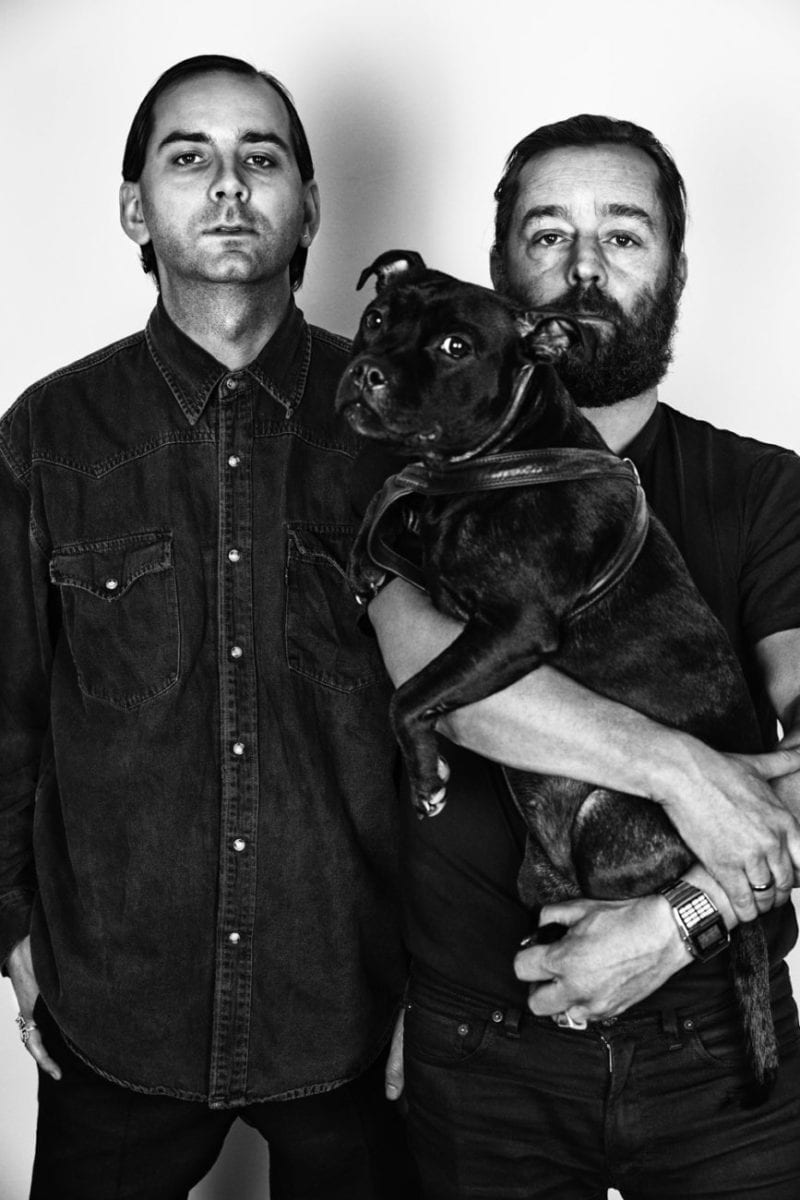 Born To Ruin seems constrained, sharp, at times even claustrophobic — it’s a welcome contrast from 2011’s In Dust and 2014’s Until Silence — was this contrast a methodical choice on your end to differentiate the previous LPs, or was there something more to grasp?

We are trying to turn ourselves around 180 degrees and question everything we’ve done up until this point. There was a fairly long production period, almost two years — and in that time there was a lot of grinding down and chiseling out of the blocks that were our original ideas. There´s a big chance that we ended up pretty close to where we started but in our minds we totally reinvented the wheel here. It’s us trying to say the most with as little as possible this time around as opposed to Until Silence where we tried to tell a story of epic proportion and musical width.

Since the fruition of the newest album, have you made any significant changes (hardware or otherwise) to the live show?

It’s always the same and in constant flux, we are still working on the details for the new live show which we will premiere at Berlin Atonal at the end of August. What we know so far is that both of us will definitely be on stage and play some kind of instruments. We are also nurturing the idea of bringing more musicians, but we don’t know as yet. We agreed pretty early on that we will wear leather pants though. So at least something is decided…

Finally, what should we expect from Roll The Dice for the rest of 2017?

RTD: A world tour, Grammy nominations, and endless arguments about where and when to eat lunch.

Born To Ruin is out now, order a copy from Bandcamp.

A1. The Derailed
A2. Under The Arches
A3. Inward Spiral
A4. Cannonball
B1. Potters Field
B2. Bright Lights, Dark Hearts
B3. Coffin & Nails
B4. Locked Hands
B5. Broken In Time

Discover more about Roll The Dice and The New Black on Inverted Audio.