It is of course a cliché to say that an artist’s work feels personal, however, it feels appropriate when describing the music of Seven Davis Jr. Since emerging in the early 2010s, The LA-based singer, songwriter and producer has forged his own path, releasing his own blend of house, soul and funk.

Whilst he admits that his early years in the industry were defined by a certain naivety, he’s also had to overcome personal and professional setbacks that might’ve caused other artists to hang up the gloves.

In more ways than one, 2021 has been a return to form for Sev. He’s had to rehabilitate his vocals after recovering from COVID, relaunched his Secret Angels imprint and is on the cusp of releasing his next album ‘I See The Future’. Listen to our premiere of ‘Records ft L3ni‘ via the player below.

Ahead of its release, we caught up with Sev to discuss his most recent album as well as touching on subjects including personal growth, mental health and the things that keep him inspired. 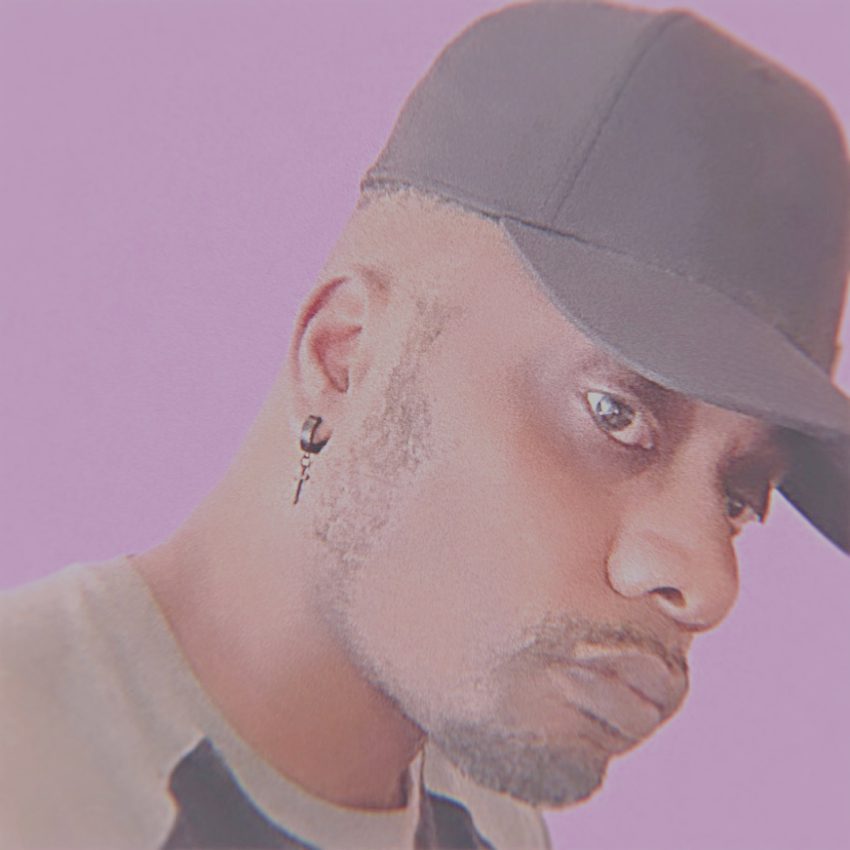 Thanks for taking the time to answer our questions Sev and congratulations on the release of ‘I See The Future’!

Thanks for wanting to talk to me and for supporting the music!

The instrumentals on the album were produced in a variety of different contexts over a number of years. In your eyes, what’s the thread that connects these tracks?

The biggest thread is the process. The way I considered all these ideas ‘too outrageous’ when I first started on them. I remember being frustrated in sessions feeling like, “okay this is something… don’t understand what it is right now…want to understand…but I’mma let it marinate”.

Years later they finally made sense. In the process of taking these songs ‘more seriously’ than others, I learned how to also not to take myself so seriously at the same time, which opened up this new energy that flows through these tracks. So yeah that process is what connects multiple timelines.

The vocals on the album were recorded after you’d recovered from COVID, thankfully with no long-term repercussions. What can you tell us about the process of rehabilitating your vocal and breathing skills? I can imagine this being quite a stressful process.

Yeah, it was scary. I’ve never experienced shortness of breath. Feeling like I ran 5 miles when I only walked a small distance to the kitchen. During that time I didn’t even attempt to use my vocals because I knew it would stress me out.

Maybe it was coughing up so much from my lungs, plus resting, combined with re-training, but I sound clearer and have more air control and range now. Grateful for that because man COVID is no joke.

One of the first releases on your newly relaunched Secret Angels imprint was a special edition re-release of ‘One’. What kind of considerations are there when you’re revisiting your older music?

I just hope to pay tribute to past variants of me. The person I was 7 years, or however many years ago it was, is not who I am today. I’m always working on myself and growing. I think it’s very important to show love to who you were along the way to becoming who you are now.

So, in regards to releasing old music, even if it’s a little raw or wild sounding… it’s like I don’t give a fuck that’s who I was, what I sounded like. It’s the musical version of showing someone your baby pictures.

In 2015 I saw you perform in New Zealand, which now feels like a lifetime ago. I understand that you’ve faced some pretty difficult personal circumstances in the years since. Has your relationship with music changed in any way during this period?

Wow, 2015 was several lifetimes ago that’s crazy. Yeah, I’m definitely not the same person you saw in New Zealand. In retrospect, from my 2012 debut to when I stepped away in 2015 (shortly after New Zealand), I wasn’t necessarily myself. A variant of who I wanted to become at the time but not there yet.

To be honest, I was in survival mode and constantly shell-shocked. I’ll admit, I wasn’t prepared for how fast things happened with my career. I was definitely naive and too accessible professionally to the wrong people.

As a direct consequence, over the years I’ve heard just about every evil thing you can say about a person said about me. It spills from my professional life to my personal life and vice versa. I’ve heard every rumour you could ever hear spread about me, to the point where reality has left the room and it has nothing to do with me anymore. It’s pretty creepy.

You don’t experience that kind of demonic energy and walk away from it the same. For sure my relationship with music is different now, but in a healthy way. Those circumstances made me focus more on the music, the blessings and ignore the fame bullshit. I know better and know what I’m dealing with now.

Recently, you’ve spoken openly about the mental health issues that you’ve faced over the past few years. How have you been looking out for your mental health during what continues to be a pretty difficult time, particularly for those involved in the music industry?

I’m in a great space with my mental health. It’s good people are starting to acknowledge mental health issues in music. We’ll see if the industry starts to take better care of each other. Where I’m at now is moving on from the diagnosis. After living with depression and PTSD for so long I’m adapting to life without them. Which is a good place to be. Not letting those struggles consume my identity.

What kind of things are inspiring you beyond music at the moment?

Honestly, it’s the simple things. My small circle who I talk with, text, share memes and music with every day. I go on walks, hikes and road trips. Watch films, appreciate art and try new things. I’m in my own world with my own people man just living. With all that has happened in my life, I haven’t had the chance to just live and now I’m doing that. Letting things be what they will be. That’s what inspires me nowadays.

What can listeners look forward to in 2022 from both yourself and the label?

Well it took a really long time for me to finish ‘I See The Future‘. Gonna let the album vibe and see where it takes me. I’m really happy with the results, going to take my time on whatever’s next using the same process.

Secret Angels has some cool releases lined up. The new team is heaven-sent and we all get along great. At some point, I’mma take a backseat and work on the releases for our other artists. But yeah whatever happens… we’re all excited about the future.

‘I See The Future’ is scheduled for release 17 December via Secret Angels. Order a copy from Bandcamp.