The last few years have been something of a proving ground for many, with a significant number of existing musical artists reinventing themselves, their sound, or musical style, as a result of the space and opportunity of self-reflection offered by an increase of personal time and space.

For Luca Durán, the metamorphosis beginning in 2019 which saw him evolve from previous project Look Like — with releases on Mistress Recordings and his own imprint Akoya Circles — to an artist releasing music under his own name came with a heavy personal weight, brought around by a complicated array of influences, from relocating from Zürich to Amsterdam, and then finding himself caught in the developing conflict and police violence back in his home country of Colombia.

For all the personal difficulties faced, one thing has been made certain: the release of his debut album ‘Libertas‘ via Akoya Circles demonstrates an artist with a renewed vigour and a reapplication of the self to his music.

‘Libertas‘ charts Durán’s movements away from being a producer focussed on dance music and towards a more holistic array of styles and sounds that better reflect his own tastes. Fed with IDM and off-centre flourishes, the album is far from being merely a selection of club rhythms, instead landing squarely in the realm of immersive and creative electronic music, rich in unique personal identity.

Over this interview we discuss the impact of his time spent in Bogotá during the rioting and violence, his personal reflections and their impact on his production ethos, and the influences garnered from his eventual relocation to Amsterdam. 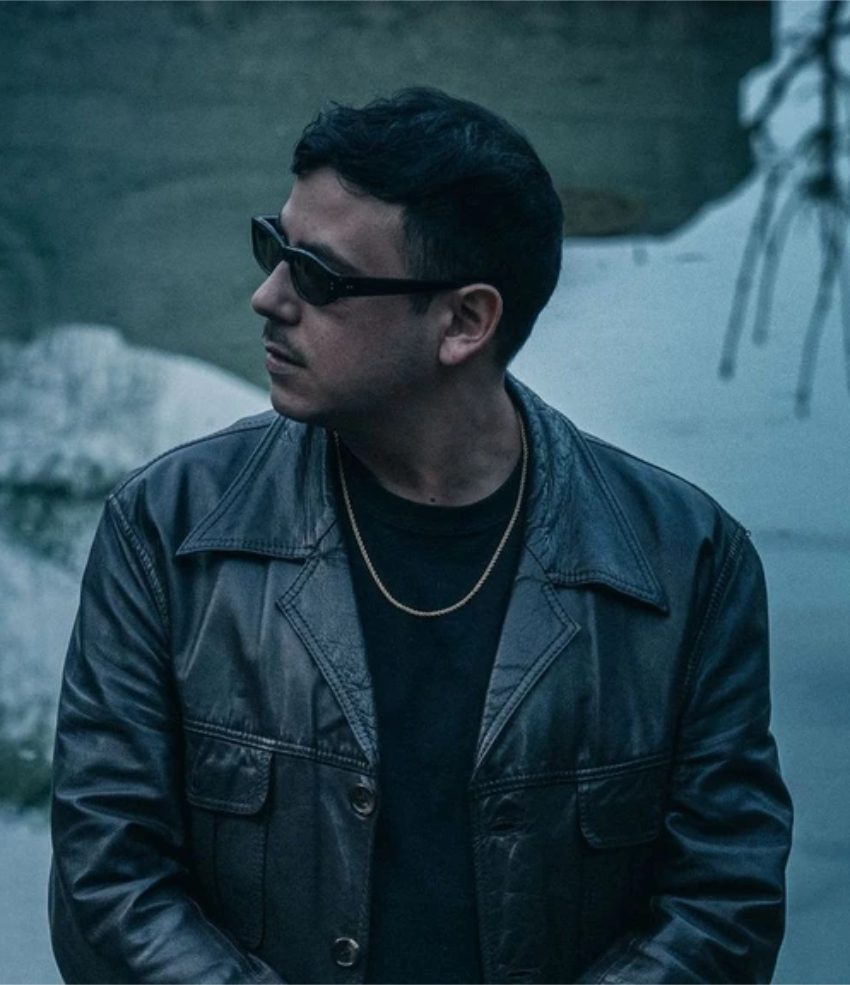 Hi Luca, thanks for answering our questions on the release. It’s a great album – can you start off by detailing some of the important musical influences on ‘Libertas‘?

Hi guys, glad you like it. I called the album ‘Libertas’ for different reasons, one of them was because during the writing process I felt musically free: away from my bubble, away from my hometown, away from clubs. Being in Amsterdam, far from every kind of thing that influenced me in the past.

In the press text we read how ‘Libertas’ came to be after a trip back to Colombia during the beginning of the protests and clashes with police. Can you describe how being in that environment has fed into the record, beyond within the hope-inspiring name?

Two days after arriving in Bogotá, I was in the middle of the demonstrations. It was the first time that I saw the whole country standing up to demonstrate their discontent. The next three days we had a shutdown. Following the news on television, zapping through the channels most of it were dramatic scenes and soap operas.

Telenovelas have a big place in Latin American TV and pop culture. The parallels in the dramatic and never-ending story caught my attention. The idea of ‘Telenovela’ was to focus on those exaggerated, melancholic, and moody vibes.

The track ‘Libertas’ has something oppressing at the beginning, like some dark clouds floating over your head. Suddenly, it changes, and leaves room for a bright melody, something positive, yeah, a feeling of hope. There are as well some field recordings and symbolic words dispatched through the record.

How does it feel to reflect on the issues regarding police brutality still surrounding Colombia, after much of the media cycle has seemingly left this story behind?

Like in many other countries, by means of false accusations and lies, the government justifies the disproportionate use of force to intimidate and silence social indignation. During the last demonstrations, most of the information and content was spread worldwide by the population through social media like Instagram and Twitter.

That’s how Western media started to be attentive to the situation. Let’s be honest, how should somebody speak about a country, if the country doesn’t even speak about itself? If you check the last three reviews of The Guardian about Colombia, the first is a serious topic, the second about Pablo Escobar’s hippopotamus, and the third about a whack Police party where they were dressed in nazi costumes. I hope for a positive change.

As a musician, you’ve developed into a more exploratory force in recent years. What were the significant points of development for you in creating this album?

The process started in 2019 when I chose to continue the musical trip under my given name and stop the Look Like project. I didn’t feel totally free in expressing myself only with dance music. The guidelines that come with it reinforced this perception.

In early 2020, while starting to work on the record, I knew that something had to change. Through the distance to everything, I realised that I had narrowed down essential things that I enjoy in writing music. I began to record at home with the gear that I brought from Zürich [to Amsterdam].

A few weeks later during the first lockdown, I got the chance to rent a studio place at the Volkshotel. It’s a spot where numerous Dutch producers and artists have their studio and ateliers.

During that time I could exchange a lot about visions, ideas, and collaborate with different artists. Walking through the corridors of the basement, and hearing all the musicians working in their studios, triggered in me a lot of positive and creative thoughts. It was a place where I could escape physically and mentally while having a daily routine. It was a key point in creating this album.

Considering that much of the album was made during lockdown in 2020, it’s interesting to get your perspective on how that state influenced your production in terms of desired outcome – were you more or less interested in club environments as a result, for instance?

Working on a long player was the possibility to try out new things, experiment, do something that differs from my early work. I knew, that I didn’t want to do a club album. Tracks like ‘Piano Diva’ or ‘Sad Marquis’ that go more into a score direction are projects that I would not have made in the past. The free time that came with the lockdown allowed me to explore new recording approaches, learn new tools, and mostly self-reflect about my work and where I want to go as a musician.

Much of this album feels very finely sculpted – can you describe some of the methods used to produce it? Did you work initially quickly, on hardware or in a DAW, then adding post-production after the initial creative burst, or was there a different approach here?

When I moved to Amsterdam, I only took a limited amount of gear like my Eurorack, some synths, and the Octatrack. A few tracks were built around ideas, melodies, or sequences that were recorded on my DAW and put on the side for a while.

For instance, on ‘Libertas’, the initial sketch was recorded early 2020 with the modular, after some weeks I started to work on the drums. It took me some time to come up with the right melody that enters around the end of the song. It’s a typical track of doing small things for a longer period and then adding some post-production.

Others like ‘Moondust‘ were done with hardware in one take. It’s two sequences that speak with each other and evolve during the track. I liked the simplicity and roughness of it, I didn’t want to add much post-production.

During that time I started to dive into granular synthesis, randomisers, etc. trying to give space for “happy accidents“. Combining analog with digital gave me a lot of possibilities to make them happen. I think that good ideas/sketches are done in a short time; If I force too much on something, the result feels less natural and it loses the initial magic.

It feels somewhat pertinent that ‘Libertas’, written under lockdown in Amsterdam about liberty and independence, is being released now that Holland has re-entered that state, not for the first time this year. How are you reflecting on this clearly frustrating social indictment, and your album’s relevance to the situation?

Yeah, I was sad to hear that. I hope they can soon come out of this partial lockdown. Ending the year with more liberty, especially around that time of the year when everybody wants to have quality time with their family and loved ones.

It’s a difficult time to be planning into the future, but we are curious nonetheless what is in store for you and the Akoya Circles label?

Right now I‘m working on a new live show that I will start to perform soon. I’m working on the score for a short documentary about the conflict in Colombia. For mid-December, there’s also a small edit compilation coming out. On the label side, we’re working on a new release from Parco Palaz, from me, and other cool things are in the making.

‘Libertas’ is out now via Akoya Circles. Order a copy from Bandcamp.