The tide of electronic music emerging from Australia seems to be washing increasingly fantastic artists against our shores, bringing with them tastes of the scene down under. Many — Roza Terenzi and Salt Mines founders Shedbug and Rudolf C, for example — have relocated to Berlin, and enjoyed success and approval from the audiences there.

Others remain in Australia. Rooted in their local scene’s tastes and sounds, their music is a direct representation of their home turf. Guy Contact is one of those artists, and, despite living in Western Perth, the world’s most geographically isolated city, he’s been gradually popping up on less conspicuous labels, from Craigie Knowes to Hâws — both UK labels.

Guy Contact’s latest endeavour brings things a little closer to home: a full-length named ‘Drinking From The Mirage‘, on Sleep D’s renowned imprint Butter Sessions, was released October 15. Despite holding just a large handful of extended players under his belt till that point, Contact’s debut album shows a maturity and scope missing from efforts by more senior artists.

‘Drinking From The Mirage‘ is buoyant with dance music as poetic as the album’s title, blending stanzas of music for feet to dance to with sublime frequencies for idyllic evenings in the last of the sun’s warmth. From slow-paced downtempo to geared-up trance-inflected music aligned with that of Terenzi and Salt Mines, Contact unifies the collection with warm bass and haptic drum work, finely tuned to a purpose.

Evidently a producer with a great deal of promise, we shot a few questions around the hemisphere to find out what guides Guy Contact’s music, uncovering a little of what clubbing’s like on the other side of the world, and how he feels connected with his local peers and kindred spirits thousands of miles away. 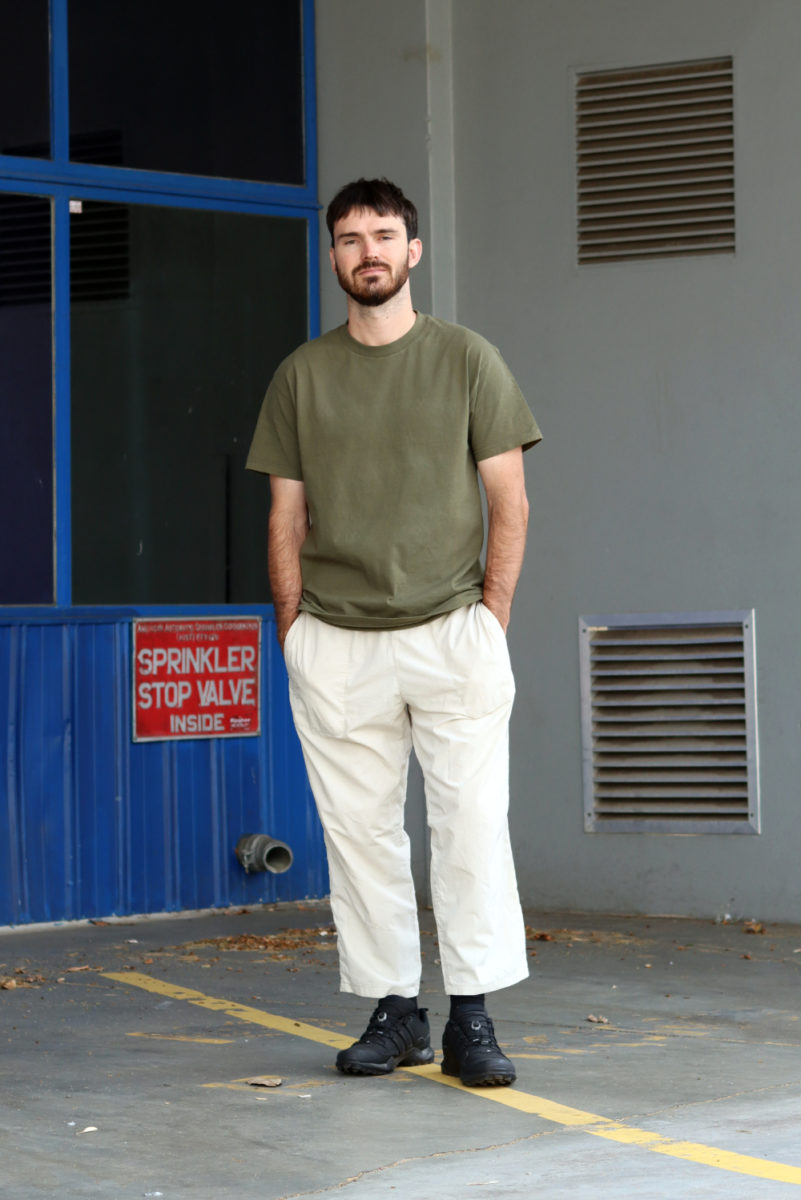 Hi Guy – thanks for answering our questions. I’d like to start by asking about your network and frame of influence in Australia. It seems there’s a buzzing scene down there that doesn’t frequently get covered up in Europe. You’re based in Perth, which is a long way from cities like Melbourne and Sydney, which get a lot of coverage. What’s the nightlife like in your city, and how well do you feel connected to other artists and labels from your country?

Thanks for having me. Yeah our nightlife is great in Perth, we have a very healthy music community, there’s really a lot to love about gigs in Perth, it’s sunny, people are friendly, the music is great. It’s a pretty long way across Australia so I’d be lying if I said there wasn’t a bit of a divide. It’s been really great since Butter Sessions first got in contact with me, it’s certainly helped make me feel closer to the great music community over East.

You’ve appeared on Craigie Knowes (from a different Perth, in Scotland) and Hâws from Cardiff, England, besides your initial EP on Butter Sessions. How relevant and on-the-radar is the UK-based nightlife scene to you in Australia?

Yeah I would say it’s very relevant, everyone in Perth is well aware of all of the great music coming out of the UK. The music community seems pretty global these days, you are able to connect with people so easily, so if you find a sound that you are into, there’s a little corner of the internet that also shares that passion with you.

A lot of the music being played in Perth is coming from labels in the UK and Europe, so it’s pretty natural that people keep their eye on what’s happening over there. That being said, I definitely think Perth has its own specific musical taste. Even when touring DJ’s play here, it’s often the local DJs that connect with the crowd the most.

You’re quite quick by some standards to be releasing an album. How did the opportunity to release it come around? Did you send a batch of demos to Butter Sessions and go from there? Tell us if and how you approached the album in a different way to your previous EPs.

Yeah, I sent two bundles of demos over and by the time we had gone through those there were 5 or 6 tracks. The guys asked me if I’d considered making it into an album and we took it from there. I already had a bunch of songs that had a relatively coherent sound, so it really just became about thinking about the track order and writing music that I thought would round out the album nicely and help with the flow and atmosphere.

I tried not to place pressure on myself just because it was an album, I just approached it the same way as I would an EP. I just spent more time thinking about how I could provide a nice balance of tracks that all fit together. I feel like I already had a style in mind with the original tracks, so it was natural to lean more into that style with the last tracks I sent through.

Your music seems to pull in a lot of influences from 90’s trance music as well as pulling in breaks and techno. How would you describe your music — not necessarily using genre names!

Hmmm good question, I would say my music is atmospheric, sometimes contemplative, sometimes fun. It’s approachable but also has textures and nuance to it. If I had to describe it in completely non-musical terms I would say it is hot and warped like the wiggly lines of air above a hot road.

What’s your process with creativity? Do you craft tracks for your sets or for others, or for your own peace of mind?

I’m always trying to make something that I enjoy. If I find myself losing the joy of the process or thinking about it too much then the music just doesn’t feel right. When I sit down, I’ll try to write tracks with a particular time and place in mind and that helps inform the music making decisions. I might make a track specifically for sunset hour at an open air party or I’ll make a track for a lazy afternoon, that approach certainly helps define some boundaries.

I’ve certainly made better music since I stopped worrying what people would think of it. If I like it, then that’s good enough for me. You can really stunt your creative flow if you’re constantly stopping to think “will people think this is weird or uncool?” I definitely like my music to connect with people, but that’s not the main factor that shapes my music. I think as time goes on my music will get more experimental, but for now I enjoy making music that makes me wanna dance!

Can you tell us about how you build your music? Do you own or borrow hardware, or do you work from your laptop/computer?

Yeah I own a bunch of hardware, lots of the Elektron stuff and I also really like Waldorf stuff. It will always start with the drums because I need to know I’ve got a decent foundation before I can move on. I’ve tried starting without drums before and it didn’t work, I could never write drum parts that felt like they fit the song. In general, I will get an idea started on the hardware and then I’ll bring it into the computer to work on the arrangement and mix down.

It seems moving back and forth between Australia and Europe is still difficult, but do you have any plans or dreams to come up to this hemisphere in the coming months?

‘Drinking From The Mirage’ is out now via Butter Sessions. Order a copy from Bandcamp.