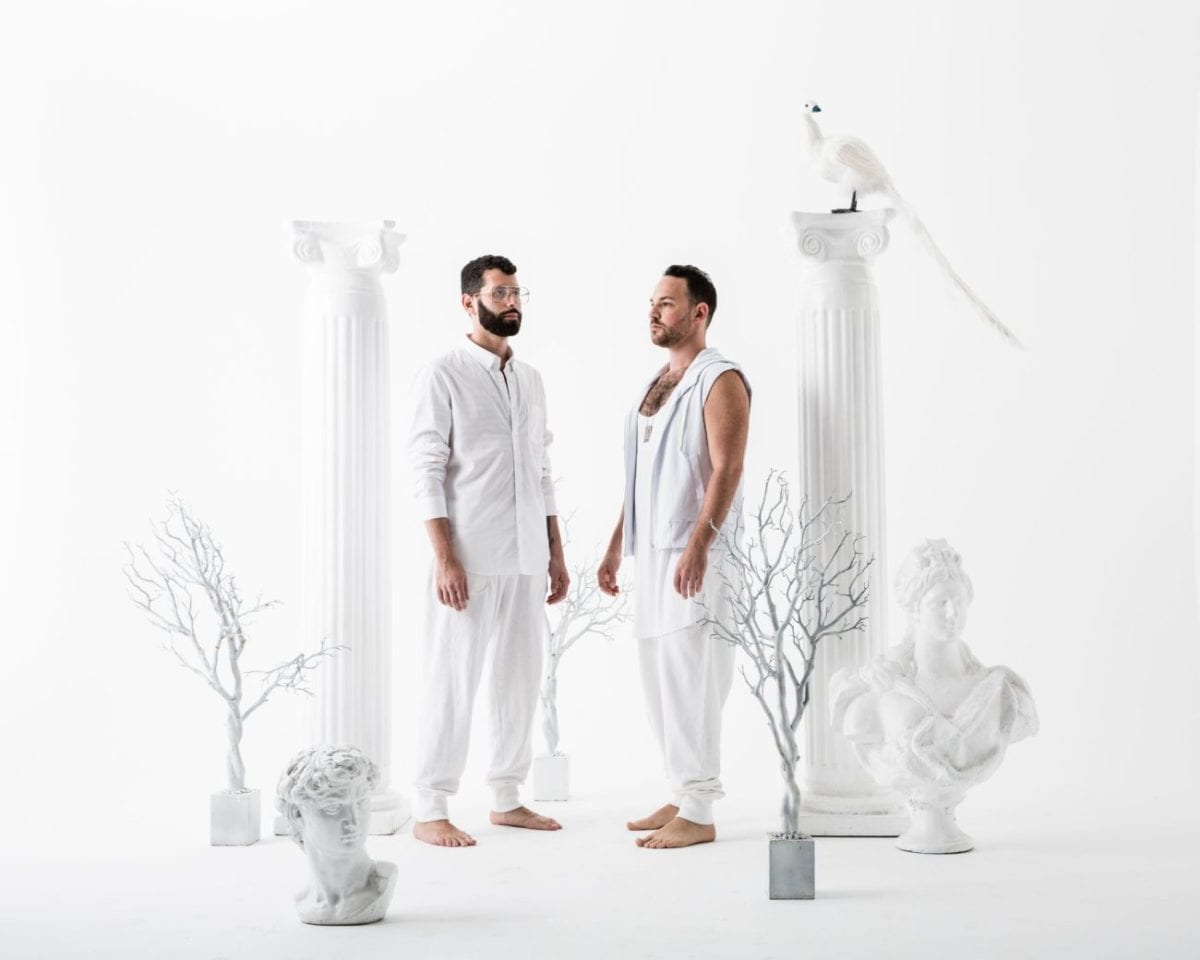 Within the last decade, Boston-based duo Soul Clap graced some of the most renowned clubs worldwide and a number of strongly settled labels including Crosstown Rebels and Wolf + Lamb with their unique blend of club-aimed material bursting on funk-soaked house and sun-streaked, disco-laden grooves.

The pair returned this Fall with the excellent Watergate 19, the first live recording in the German club’s reputed mix series. We did not miss on the occasion of having a chat with Eli and Charles to discuss their live performance at Watergate, musical evolutions and further in-studio details.

How did the idea of releasing your live set in the Watergate classic collection first come up? It is the first live in the series, which makes it all the more special!

We had been talking about doing a regular Watergate mix for almost a year and finally we had the time.

We came up with a long list of tracks to license, some vinyl and some digital. Once the list of approved tracks came back many of them were the vinyl we had picked. Eli had the idea that maybe it could be cool to do a special party at the club to record the mix live, but then we got booked to play the annual open air and it just felt right to do it there.

Did you have something special in mind while gathering tracks for this mix in particular?

It’s always more interesting to have a theme or a certain focus for a mix. For our DJ Kicks it was all music from the Wolf + Lamb community and friends (what we call Crew Love now). This time we tried to choose music that we’ve played or would play during a morning set on the Waterfloor at the club. We choose music that feels good at 9am when the sun’s shining through the curtains and everyone is dancing and smiling. Classic, groovy, deep, house, but faster and with energy.

Once we decided to do the mix live it just felt right to do it vinyl-only and to narrow down the selections we only used tracks that are not available digitally. Most of the the track list you can’t find on YouTube! The final track list includes a lot of US house from the late 90’s and early 00’s. Vinyl that we bought and played at that time. Real deep house from Chicago, New York and the West Coast.

We can hear the crowd screaming and cheering and this definitely adds to the immersive feeling of the whole. What do you recall from this late afternoon of July?

This was the second Watergate open air we played, both times on the stage surrounded by trees, right by the river, both times were super memorable. It’s a magical atmosphere down there.

The first time we played it rained and that made everyone go crazy. This time the weather was perfect and the crowd was bigger. We had a Crew Love takeover with Wolf + Lamb Djing first and then PillowTalk live.

Then half way into our set Ryan, the keyboard and guitar player for PillowTalk, was on the stage trying to put down a bottle of tequila really carefully, but he tripped and skipped the record, so we had to edit the mix. Having those guys around, something crazy is always going to happen!

You’ve been producing sound for almost a decade now, your music’s been lauded from deep the underground scene to Ibiza’s biggest clubs. How do you see your evolution, looking back at the early, 2007 version of yourself?

If you had told us in 2007 where we would be at now I don’t think we would have believed you! At that time we had just put out our first record on Airdrop and we were still Djing in department stores to help pay the bills, doing our residencies in Boston, starting our Dancing On The Charles Party, and going down to New York every chance we got to party and meet other DJs and producers.

Then in 2008 we met Wolf + Lamb and everything changed. They fell in love with our edits and started their Wolf + Lamb Black vinyl label to put them out. These got us recognition and a small tour in Europe. From there we got signed to GEIST Agency in Europe and moved to Berlin. Our career took off in Europe and in 2011 we did the DJ Kicks mix which took everything to another level.

EFUNK: The Album came out the next year, which really started to open doors. Over the last three years we’ve moved back to the US, but continued to tour the world, but especially tried to take our production to the next level. We’ve worked with legends that we grew up listening to: George Clinton, Louie Vega, Robert Owens. We’ve been so blessed to have such an amazing ride and it seems like it’s only getting better!

What’s a day in the studio with Soul Clap like? Loads of jamming and impro or do you mostly get there with a clear idea of what you want already?

We’re really into jamming. Getting beats or samples going and playing around with synths on top of those. Then seeing where it takes us.

What’s your current setup comprised of? What’s that essential piece of gear you’d never get rid of?

We’ve been buying a ton of classic synths the last couple years. A Jupiter 8, Arp Odyssey & Salina, Yamaha DX100. New stuff like the Roland TR8 is great for drums and the Moog Sub37 for bass. But it might be the first synth we ever bought years ago, the Korg MS2000 that we keep going back to the most.

I heard you switched to CD format for most of your DJ appearances after using Serato for years but this mix makes for an all-vinyl set. Is it mainly a matter of functionality (weight… etc.) or a matter of taste too?

Actually this isn’t really right. We did switch from Serato to CDJs at some point and then back to Serato, but we’ve always played a ton of vinyl in our sets. The digital medium will keep changing, but vinyl will always be there.

We have a big collection of classics we keep in rotation and there is always special new music and edits only coming out on vinyl. Plus vinyl always feels better. You don’t have to look at a screen, you can just get in the zone and play music.

Which releases have you been rinsing lately? Last nugget that got you hooked straightaway?

Really loving everything on Tartelet Records from Germany. Sample based house with so much funk!

Our favorite vinyl of the summer was probably the Nu Guinea ‘World‘ EP on Tartelet. But we also always play a ton of music from our Crew Love collective. Physical Therapy off of Nick Monaco’s upcoming album. Just Enough by PillowTalk. Anything off of Life On Planet’s debut album from earlier this year.

Can you tell us more about your own imprint Soul Clap Records? What are the label’s goals?

We started our label in 2012 because Nick Monaco sent us such amazing demos, we couldn’t let him sign anywhere else. We wanted to create a platform for experimentation and to develop our own family of artists, like Wolf + Lamb did.

The families ended up mixing and became the Crew Love collective. Over the last 3 years the label has also developed into a place for us to showcase Boston artists with our annual Dancing On The Charles compilation (Volume 3 comes out this month) as well as a place to push the boundaries of modern electronic funk music.

What’s lined up next for you guys? Any tour or further release plans in this end of year?

2015 may be winding down, but we still have some tour dates supporting the Watergate Mix as well as our Dancing On The Charles Volume 3 compilation about to drop on Soul Clap Records. Plus we have some big remixes of the classic Eddie Amador track Rise, Music For Freaks’ Washing Machine and an amazing band called Small Black.

2016 looks like it’s going to be a monster year. We’re launching the Crew Love label with an album full of collaborations called “Crew Love Based On A True Story”. Then releasing our next artist album later in the year! 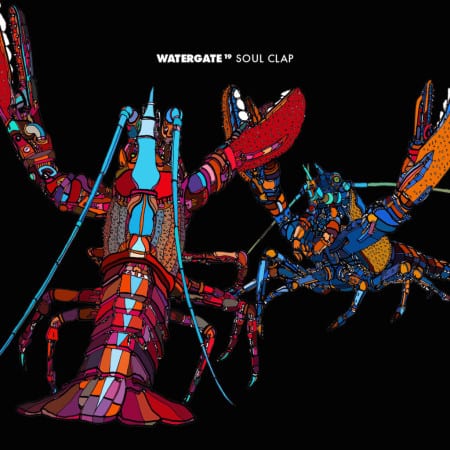