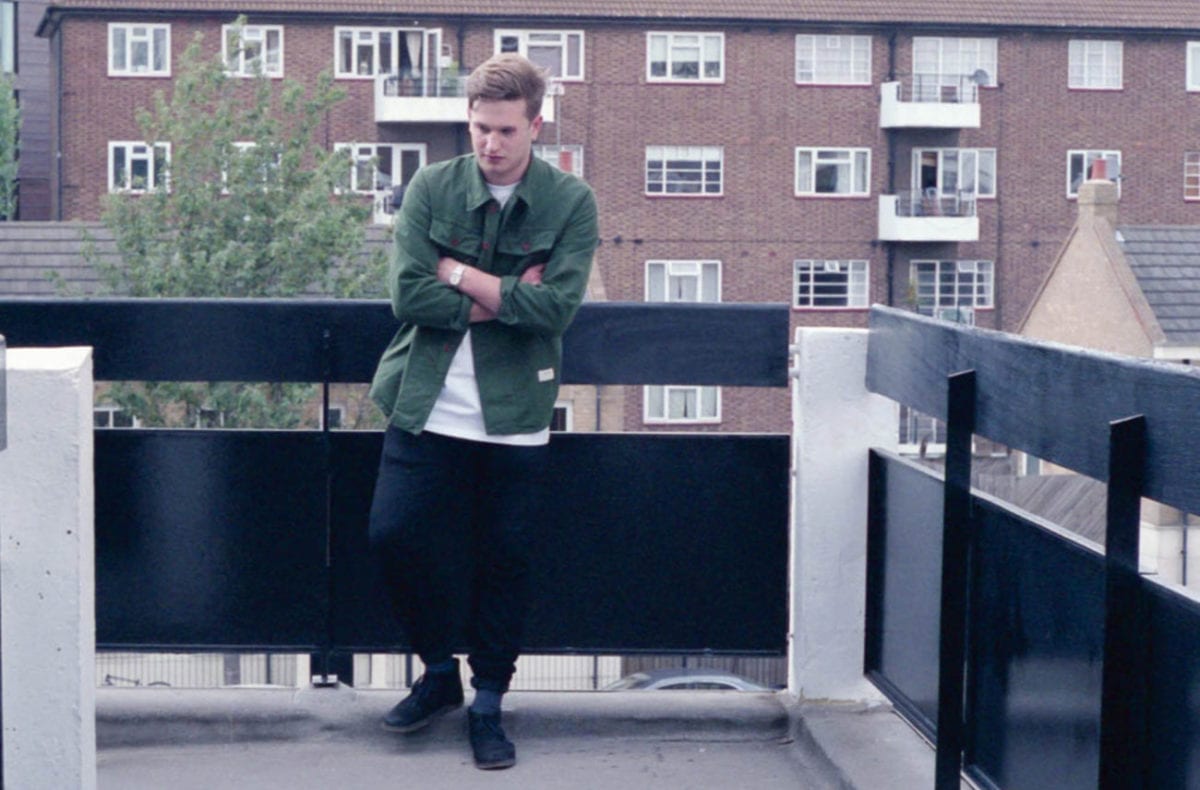 South London Ordnance, while cautiously guarding much of his character beyond the chunky percussive edges of his garage-tinged, techno-leaning beats, is a young producer whose music has been causing a stir in the electronic world for around twelve months. While fore fronting his music, unreleased tracks have been on an unpredictable rotation on his Soundcloud since interest began to show, and even following his first two releases – ‘Sanctuary’ b/w ‘Roofy’ on 2nd Drop Records and the galloping, thunderous ‘Trojan’ b/w ‘Pacific’ 12” on Well-Rounded – little is widely known about the producer aside from geographical aspects implied by his moniker.

SLOs most recent release, ‘Big Boss Theme‘ EP on Audio Culture, sees the South Londoner  further explore the tropes of UK garage and woody lo-fi techno that have become associated with him. On its heels, Inverted Audio chats with the producer about influences, interests, and his ten favourite 12″s.

Can you tell us about your musical background and/or training?

Sure – I used to play the guitar a lot, messed around on the piano.  Neither really stuck for me though.

Less formally, what did you listen to growing up?

When I was much younger – 12/13/14, the most terrible mix of hardcore, breaks and probably something resembling hard trance. I still have all of the compilation CD’s I bought then and they are pretty grim. I moved on to Jungle and Drum & Bass over the next few years, though still touching on stuff like UK Garage, Grime and Dancehall. I bought a lot of House & Techno on wax, but it was more a novelty for me then.

When did you first become interested in electronic music?

I suppose I’ve probably just answered that, but yeah – purely as a product of older friends, brothers and sisters of mates etc – when I was about 13/14 was the time I became interested. Though having said that, I was more concerned with DJing, really – than the music. For some reason I really, really wanted to DJ – I got hold of a belt drive setup when I was 13… I don’t think it was actually possible to mix on those decks though, the pitch would shift uncontrollably.

How did you get involved with production? Any artists or scenes that inspired you early on?

I always wanted to have a crack, but like I’ve always said – it was a time & money thing. Plus I was doing fine as a DJ, enjoying myself – getting sent great music etc. I think when drum & bass started to go down the interesting, minimal route was when I began to hear sounds that I thought I might like to make. I was also getting a bit bored of getting mindlessly twatted at nights – I was spending more time listening than dancing.

What are your thoughts on vinyl vs. digital/CDs?

Ha – I don’t really mind what a DJ plays off. I remember at one Metalheadz @ Cable, Andy C pulled out a CD to play some VIP the artist had bounced down that morning and everyone was like ‘OMFG.’ It’s really not important. The reality is, if you’re a professional DJ who’s job is to entertain night in, night out – you simply can’t afford to turn up to a club and spend half your set getting the decks to work. I DJ off serato with CDJ’s, but I’ve had 1210’s at home for a good 10 years + now, and I’m comfortable on them in a club, just every time I touch them out – they break or they don’t work with Serato. I love buying vinyl, but more because I like record shops really – I still try and go into BM Soho 3/4 times a month.

I can indeed – in no particular order, old and relatively new:

5. Humandrone – Stay Raw With Us (Burek)