Following the cancellation of Lithuania’s annual summer beach party Ant Bangos, the crew behind Opium Club in Vilnius pulled together to organise a much slimmed down festival, inviting Roman Flügel, Jennifer Cardini plus an armada of Lithuanian selectors to soundtrack the beachside event.

Adhering to government guidelines and COVID-19 limitations, juxtaposed to the UK’s antiquated and highly disorganised approach to managing the pandemic, Trust Your Club took place in Nida from 15 – 19 July, inviting over a thousand loyal ravers to dance the pandemic away on the sun-kissed Baltic coastline.

Intrigued by what went down, we reached out to Opium’s’ head booker and artistic director Vidmantas “V” Čepkauskas to learn how they managed the challenges and implications of COVID-19 and how he and his team ultimately pulled off the event. 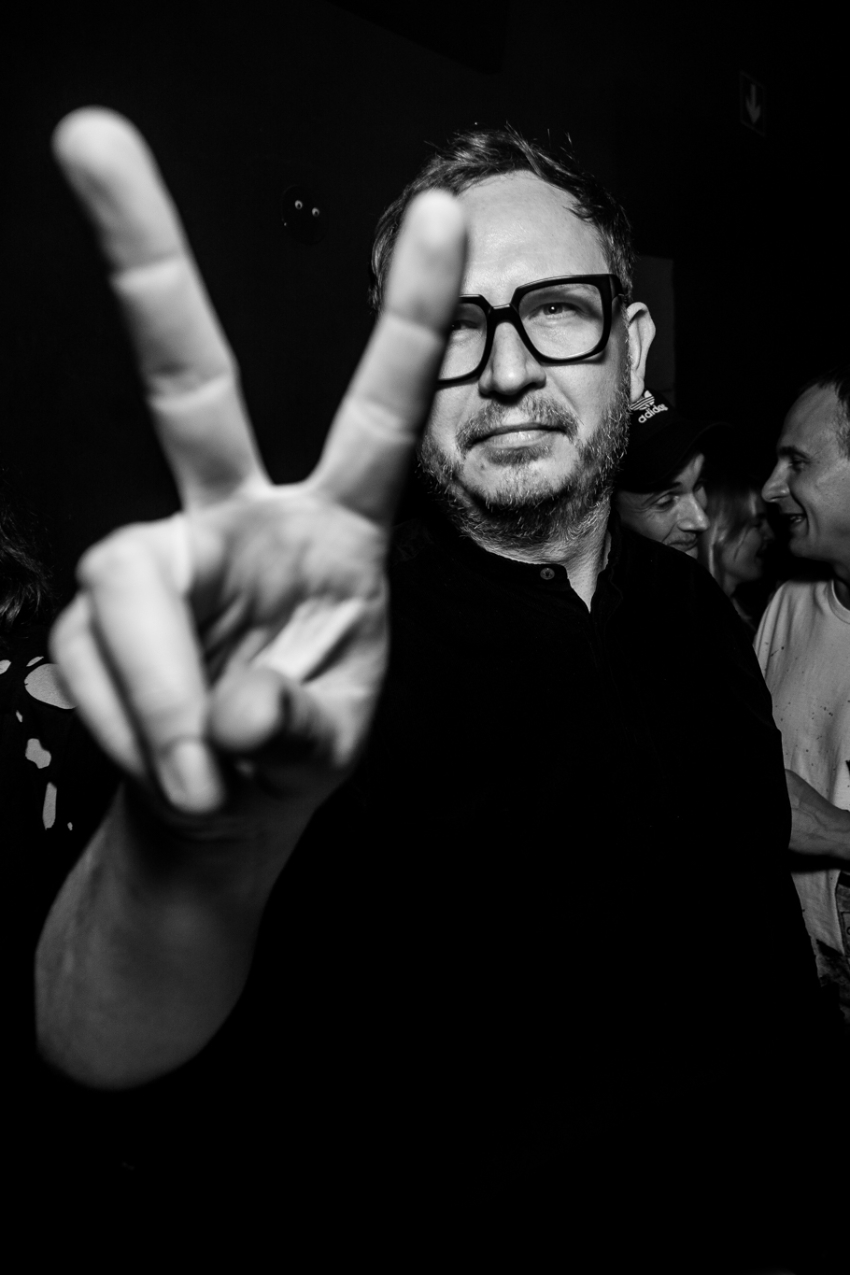 The global pandemic of COVID-19 exposed how operating from what normally would be considered periphery can turn into an advantage. So far Lithuania has relatively avoided the negative impact of COVID-19. The economy contracted only 3.8% as compared to Germany’s 11.7% or the UK’s 20.4%.

In the first 5 – 6 months of the pandemic Lithuania had around 80 people dead. In total 3800 got infected but most recovered. It is also worth pointing out that Lithuania has never been a popular tourist destination, which has helped to reduce imported cases from abroad.

For these reasons the Lithuanian government has not put the country under a complete lockdown. As early as the beginning of June, both indoor and outdoor events were authorised with specific requirements and restrictions, including limited capacities, social distancing, hygiene measures and all of that.

Nevertheless, easing of the lockdown restrictions came as a little bit of a surprise to us, because the ruling Lithuanian Farmers and Greens Union came to power four years ago with a serious clamp down on Vilnius’ nightlife. Special armed units with machine guns and accompanied by service dogs were deployed, raiding clubs every weekend.

All kinds of legislation was introduced to fight alcohol sales, advertising and to criminalise possession of recreational drugs. However, this year is the year of a parliamentary election so the government needs an approval rating boost in large cities, where traditionally they have harnessed little support.

A special mention should go to the current mayor of Vilnius, Remigijus Šimašius, and his administration. They took a widely advertised bold step to give away public spaces in the capital to bars, restaurants and cafes.

This allowed for an increase of a commercial space, enabling a better observation of physical distancing rules, and thus permitted a quicker re-opening. It brought people and good vibes back to the city and this benefited clubs too.

Despite being conceived before the pandemic hit, Vilnius Night Alliance came to life and has been playing an important role uniting the main players of Vilnius’ night-life and effectively mediating among the members, government, municipality, health institutions, police and the public ever since.

And so our scene re-opened with a big bang. It turned out to be one of the most intense summers in living memory and in an unexpected turn of events, COVID-19 revived our party scene during the Summer.

In normal times, local electronic music clubs and venues close down during the months of June – August, or at least scale down their programming, due to the lack of techno tourists and the exodus of local party people to foreign festivals. However in 2020, everyone worked during the summer and we were busy most of the time, never mind the absence of international names on the line-ups.

Consequently, our hefty supply of local talent gained an opportunity to snatch the spotlight and get higher fees (as we had no international guests to feed). It was something reminiscent of the so-called Financial Crisis of 2008 when no one could afford any international acts for quite a while and national airlines went bankrupt, which made international transfers complicated and expensive.

After the government laid out their plan for re-opening the country, we found out that outdoor events would be permitted, limited to 700 visitors, which made us cancel our annual 4000 capacity beach festival Ant Bangos. Then two weeks later, they increased the capacity of outdoor events to 1000.

We jumped at the opportunity to throw a substitute gathering, which met the requirements and regulations. We took our event series Trust Your Club out of the club and to the beach.

The reduced capacity made us scale down the event to a single stage. Initially we planned a local talent party only, just like we do in Opium Club, but Red Bull partnered with us, so we flew in Jennifer Cardini and Roman Flügel to spice things up – two seasoned DJs and good friends, who know our club and crowd exceptionally.

Opium dancers have a reputation for their high levels of energy but this year each and everyone danced like there is no tomorrow. Quite literally, everybody was more appreciative – dancers, local DJs and international guests – all enjoying a truly special moment, whilst the rest of the world was watching from afar.

In the last week of August the government started to discuss a second wave of quarantine closures, as well as stricter measures, due to a surge in new COVID-19 cases. Some clubs were promoting their “last” or “closing” parties of the between-quarantines-season. And that was the moment when Vilnius Night Alliance proved to be vital and saved the scene from closure for at least another 3 – 4 weeks.

The VNA took a proactive position, voluntarily introducing a safety campaign “We Can Dance Safely”, proposing to the Health Ministry a concise plan of how to implement all the new security rules without closing down the nightlife industry altogether.

This initiative made sure that its members would enforce the rules, creating the InBar SMS visitor registration system, proving that some of the government’s decisions are based on presumption, not on actual data or science, and even unconstitutional in some cases.

Everyone’s been dancing with masks inside clubs, (which is the biggest vibe killer by the way, not reduced capacity or social distancing), registering, measuring body temperature, as well as going through detailed instructions upon arrival and keeping the distances. That’s how we’ve kept our nightlife open so far.

With the recent spike of new COVID-19 cases in Lithuania and the international news of a “second wave”, Winter looks uncertain and we might need to close down again just like we did before – at a very short notice.

Everyday starts with reading Corona news and hoping that the government won’t change the current position on nightlife. We, just like everyone else, are hoping to return next year with a full size festival, busy club and less restrictions. See you on the other side.