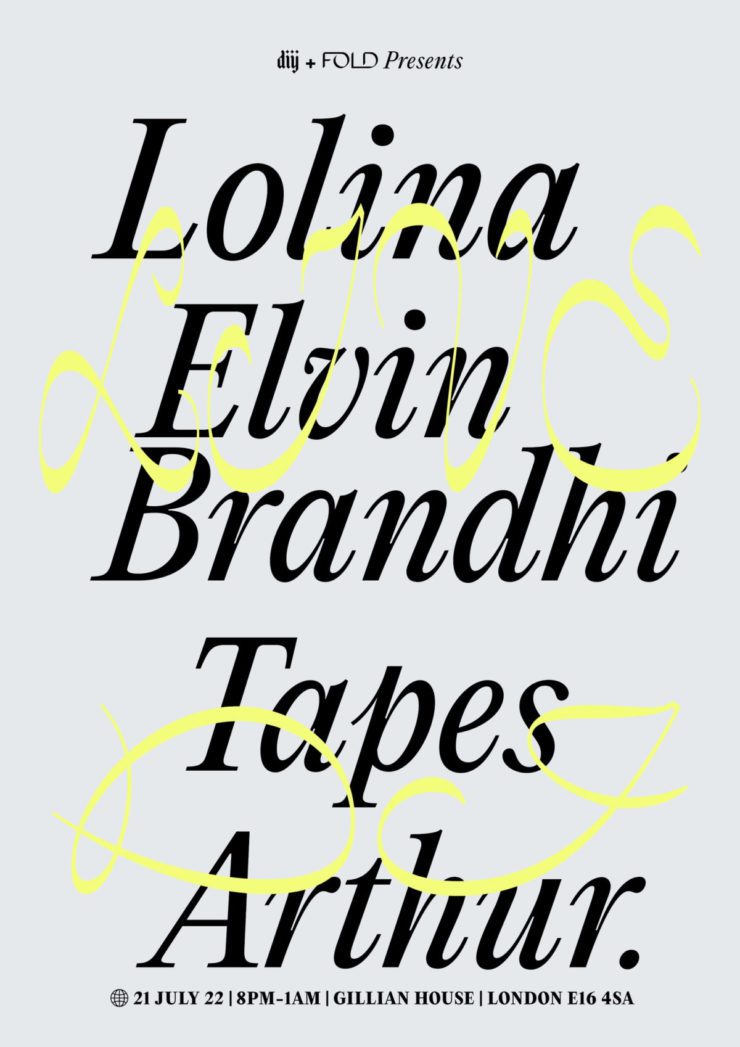 Lolina is an electronic and digital musician, fka Inga Copeland during her years with Hype Williams, Alina Astrova is one of the most distinctive electronic composers and voices of her generation. Her music is characterised by the use of digital composition, minimalist production and discordant vocal arrangements. Live performances evolved through experiments with DJ equipment. Using CDJ players to loop, scratch and manipulate her existing recordings.

Elvin Brandhi is an improvising lyricist, producer and sound artist from Wales, constructing abstract beats from field recordings, tape, vinyl, instrument and voice. Using sound and voice as an expansive language transgressing intrinsic systemics and inherited syntactical etiquettes, her live shows are unyielding bursts of erupting animation where her caustic stream of consciousness cavorts with restless, glitched out heaviness.

Dub specialist Tapes is originally from South London, landing on the scene in 2009 with his debut release on 8-bit digital reggae label Jahtari. Soon after, a spate of releases and appearances continued on labels such as Honest Jon’s, Sextags, Astro:Dynamics, Meeuw Musak and EM Records. Mixing up dub methods, Library music, Traditional electronic Indian instruments and all sounds Hissing on Psychedelics, Tapes has performed a variety live shows and DJ sets across the world.

Arthur is a DJ’s favourite DJ, playing the best records from the past 4 decades and he really knows his shit (probably also because he works at Hardwax).