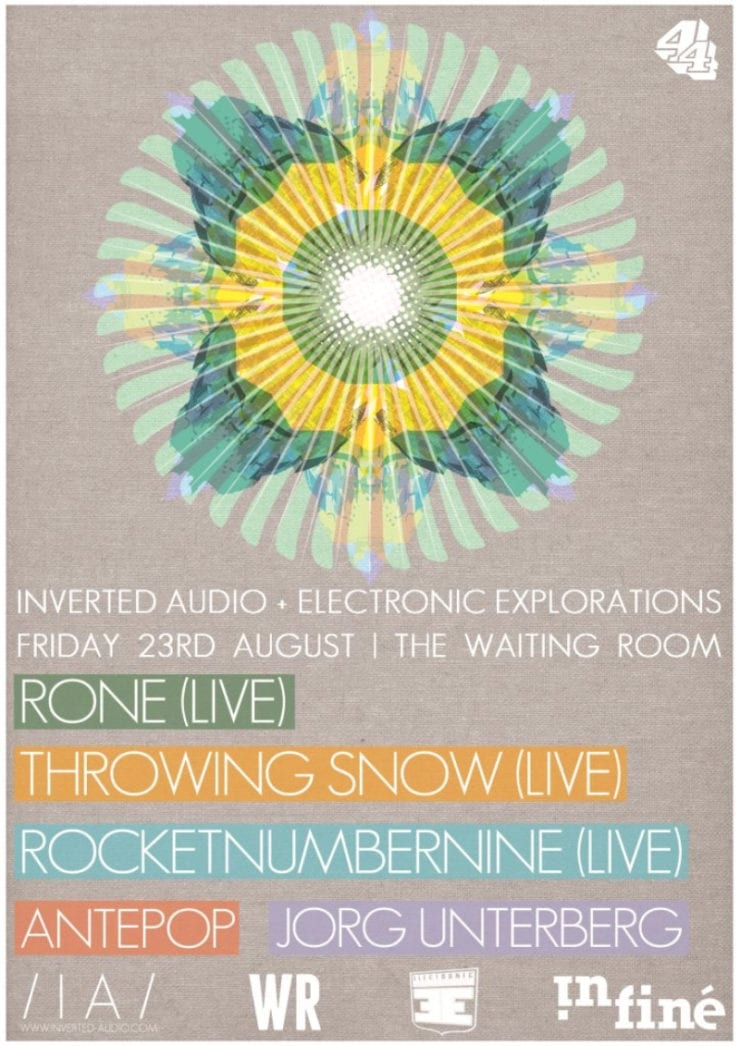 >>VIEW PHOTOS OF THIS EVENT

French musician Rone, a stalwart on the French electronic music scene makes a rare London appearance, celebrating the reissue of his album ‘Tohu Bohu’ on InFiné Music. As much influenced with the techno sounds of Berghain, as the more experimental corners of electronic music Rone is a producer treading his own path. With the likes of Jean Michel Jarre giving Rone the tip of his, it won’t be long before he takes centre stage.

Under the alias Throwing Snow, Ross Tones pens music that draws upon a vast array of genres. Encompassing shades of electronica, house and post-rock, his music is a consistently shifting beast. Having just wrapped up a European tour alongside Bonobo, Throwing Snow co-headlines this special show at The Waiting Room.

RocketNumberNine comprise of brothers Ben and Tom Page. With a sound the draws upon psychedelia, techno and krautrock rhythms, their sound is one that looks to the future.  The duo’s Floating Points produced LP ‘MeYouWeYou’ is due for release very soon, and with recent collaborations with Four Tet and Neneh Cherry, are currently doing the rounds it’s needless to say their performance on the 23rd will blow the roof off.

Inverted Audio founder and editor-in-chief Antepop and local resident Joerg Unterberg complete the line up, spinning varieties of music throughout the night from soul, jazz, funk, electronica, house and techno.