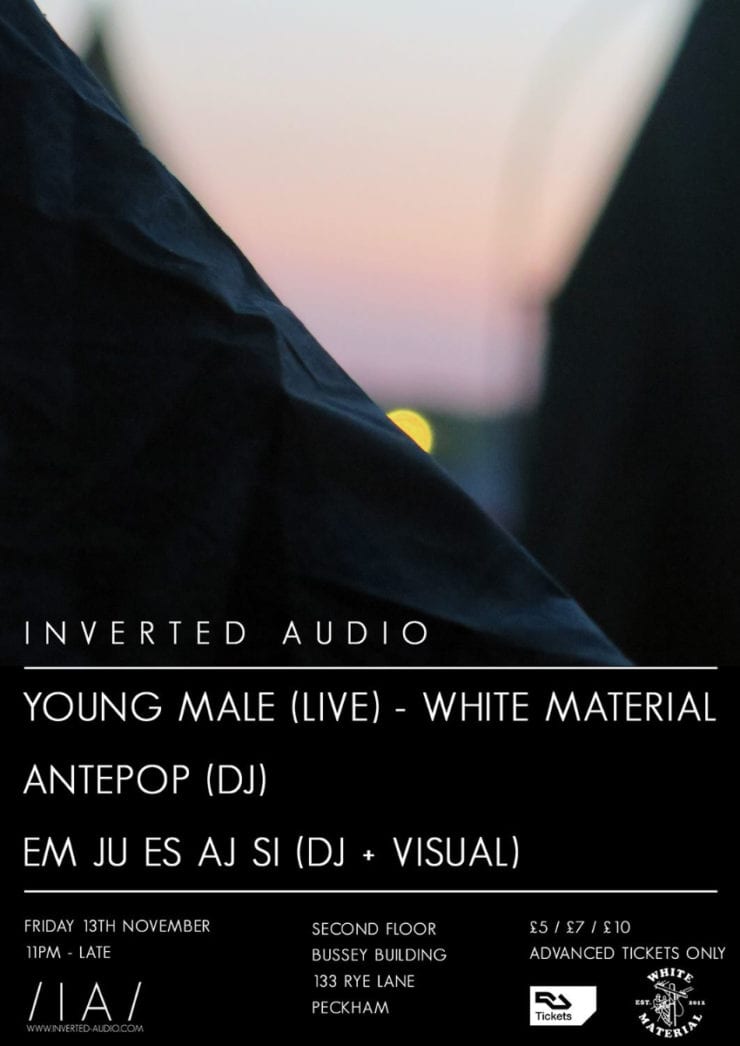 Following our series of intimate electronica events in London (2011 – 2013), Inverted Audio announce a new series of events focused on the darker realms of experimental electronic music and visual installations at the Bussey Building in Peckham.

Each edition of the series will feature a headliner whom Inverted Audio truly regards as a bastion to our musical taste. All artists will play live or vinyl and each event will feature bespoke audiovisual installations, shaping an atmospheric setting of multi-sensory stimulation.

Our first guest is White Material‘s Young Male, co-founder of the New York-based imprint along with now Berlin-expatriated DJ Richard. Following his most recent London appearance at Corsica Studios last year, the Brooklyn resident will grace us with a very special live set. 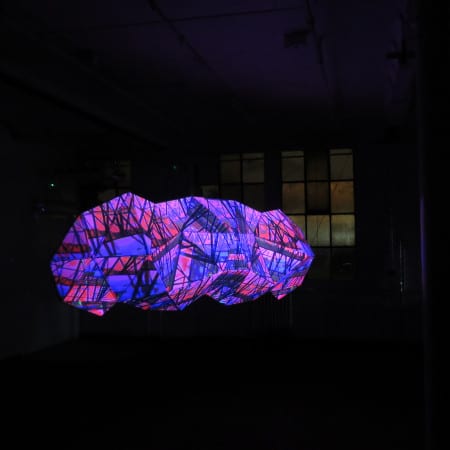 From astonishing onsets that marked the label’s stratospheric ascension, releasing music from only a core of close friends including Galcher Lustwerk, Morgan Louis and Alvin Aronson, the White Material crew took its time before resurfacing with a serious tech-house treat from Louis a couple of months back.

With further club-incendiary business scheduled for release in the coming months, the NY crew is going to dispense its “Working Man’s Techno” with impactful outrageousness. Bussey is about to get busy.

London-based visual artist Matilda Skelton Mace will be installing her light sculptures at Bussey, encompassing psychedelic databending and photographic collage, connecting with the music to create a magnetic audiovisual experience.

Each event will take place on the second floor of the Bussey Building in Peckham (400 capacity max), boasting a stripped back NYC warehouse environment, alongside a newly optimised Opus sound system.