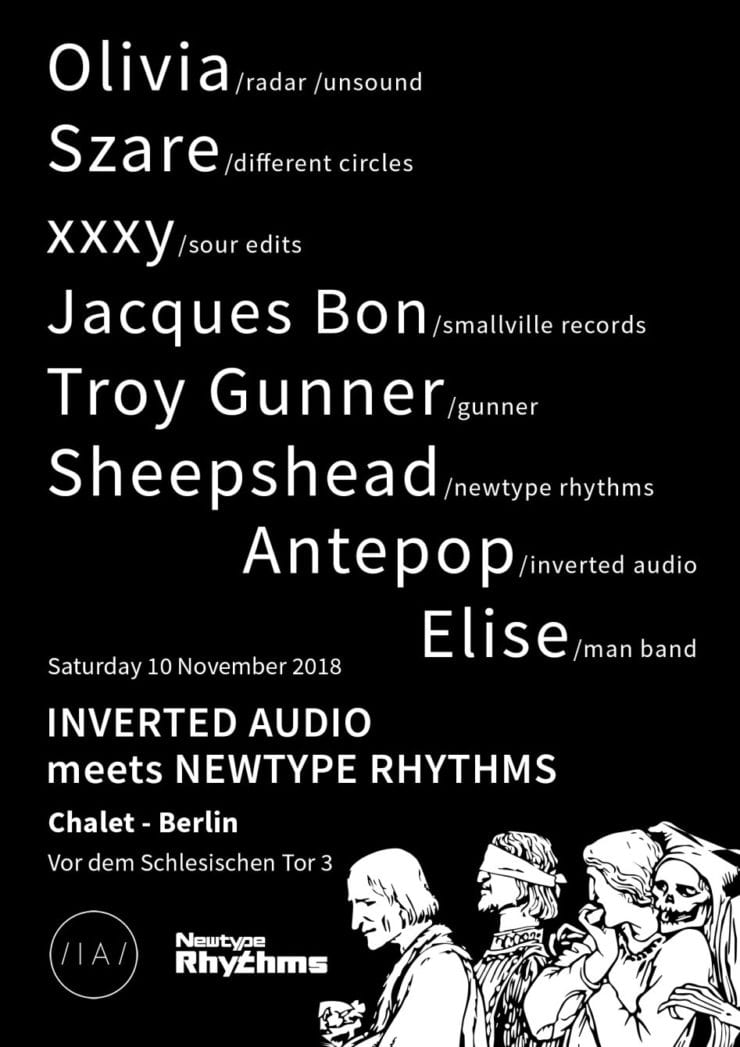 Inverted Audio and Newtype Rhythms join forces to present a night of memorable dancefloor moves and shakes at a Kreuzberg institution, Chalet Club in Berlin.

Spanning two continents, the collected efforts of the respective publication and sister mix series have come to this. A two-room affair of varying shades of bass music, house, techno and whatever trickles between the kicks and snares.

Inverted Audio has been a go-to source for carefully-curated electronic music content for a decade now, whilst Newtype Rhythms joined the fold almost two years ago to supply a new voice for the publication across the pond in New York City, proudly displaying leftfield exploration alongside rough-and-tumble club music with a sense of character of purpose. Both rooms at Chalet serve to evoke the sensibilities of the former and latter.

Inverted Audio will host a room full of vibrant dancefloor luminaries – beginning with xxxy; a Berlin-via-UK talent whose memorable releases for the likes of Rinse, Ten Thousand Yen and most recently Sour Edits have shaped his sound towards the effective and eccentrics of those on the dancefloor.

Newtype Rhythms will host a rave-adjacent room full of bewildering talents from the bass and techno world. Manchester’s very own Szare lands in Kreuzberg for a special set of blistering bass mutations, fresh off his latest, wildly-effective release for Mumdance’s Different Circles imprint.

Troy Gunner joins him, a techno bon vivant whose unique rhythmic takes are sure to spread fire to the floor. Rounding up the room is Newtype Rhythms curator and resident, Sheepshead.