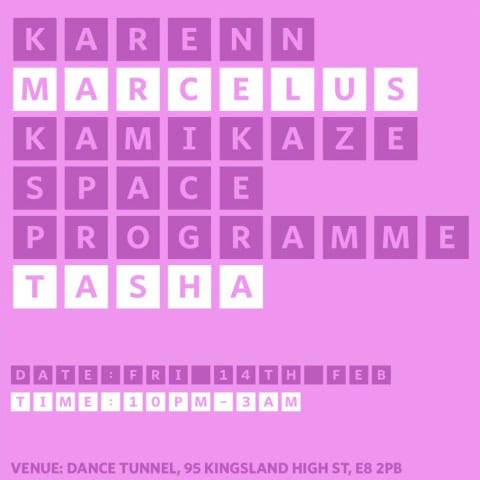 On Friday 14th February Karenn will play an intimate live show at Dance Tunnel, Dalston. For those of you that saw Pariah and Blawan last perform in Wapping, London for their debut London label night will appreciate that their hybrid take on techno is not for the faint hearted, so expect proper techno from two of the finest producers that London has to offer.

Support acts included Marcelus, from Paris, a very slick DJ, and producer who has released records on Deeply Rooted, Tresor and has his own label ‘Singular’. Kamikaze Space Programme will also play his London debut. KSP is also known as drum & bass producer Raiden.