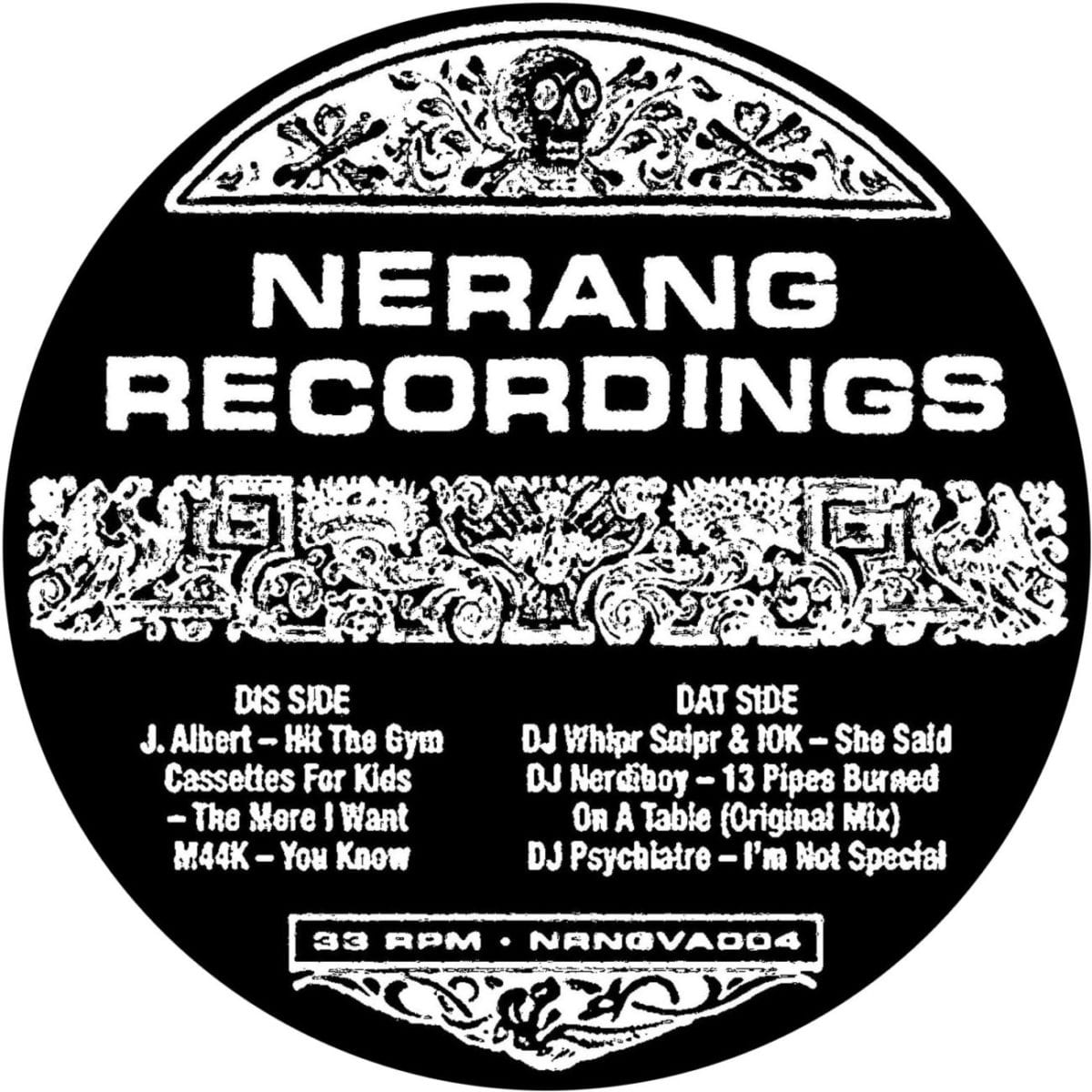 Established in 2016, DJ Whipr Snipr‘s prolific platform Nerang Recordings eventually took the leap and succesfully converted to the vinyl format last year with a spanking new 12″ VA series – after a hefty number of digi-only releases from artists inside and out the Australian underground scene – including Grey People, Protyv, Rick Sheen, Shrimp Traxx and more.

With another blazing number lined up in this burgeoning chain of sound (with tracks from Ray Kandinski, Anthony Fade, DOS…) Nerang have just announced their latest, ‘NRNGVA004‘ – a six-track mini comp featuring NYC’s finest J Albert, Cassettes For Kids, M44K, label staples Whipr Snipr & IOK, DJ Nerdiboy and DJ Psychiatre. It’s all due out late July according to the label… if the pressing plants aren’t too busy minting some useless David Bowie reissue for 2019’s RSD by then.

Nerang are no torturers though, so they provided us with a choice pair of cuts from the B-side to quench your thirst in the meanwhile. First up is the label’s helmsman Whipr Snipr ft. IOK for an equally bouncin’ and vibin’ slice of jacking house on heavy workout mode. Move your feet to the rhythm, or just calibrate your abs exercises on it… it works just as well. Gotta be fit for when the trunks are out, right?! For his part, the not so Freudian DJ Psychiatre goes in with a straight old-school jam, fusing tints of vaporous ’90s ambient house with suave vocal hooks, stormy breaks and new wavey synth melodies for a tasty throwback to the pre-internet era. LUSH.