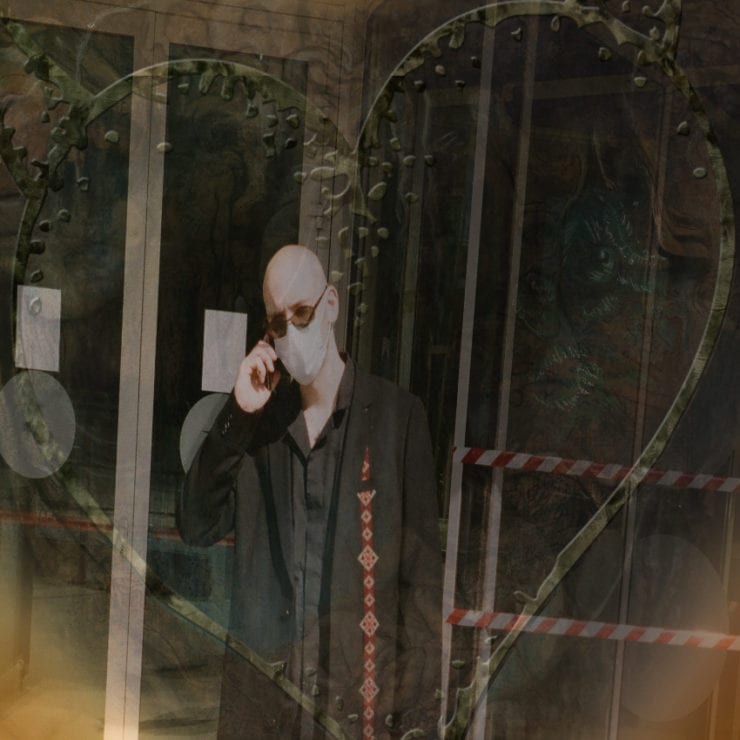 Following previous releases on FTD, Proto Sites, Where To Now? and DUNNO Recordings, Polish producer Lutto Lento lines up his third album on Haunter Records, delivering 12-tracks of weird sonic fiction that delve even further into his eerie derision and surreal trickery.

‘LEGENDO‘ further explores Lubomir Grzelak’s deconstructivist approach offering up “a descent through the cracks in reality, punctuated by bizarre encounters and freaky transformations. It oozes an odd mixture of wonder and fear, a fascination with whatever might be lurking around the next unlit corner, met with relentless excitement and leading towards ghastly discoveries.”

Lutto Lento achieves this by remodelling his penchant for heavy bass and gloomy dub into a kind of otherworldly folk music, drawing in deterritorialized string instruments, cheeky digital sound design, Coil-ian horror synths, and drums that remind as much of heavy metal as of Hollywood neo-classicism.

‘LEGENDO’ is scheduled for release 2 February 2020 via Haunter Records. Order a copy from Bandcamp.