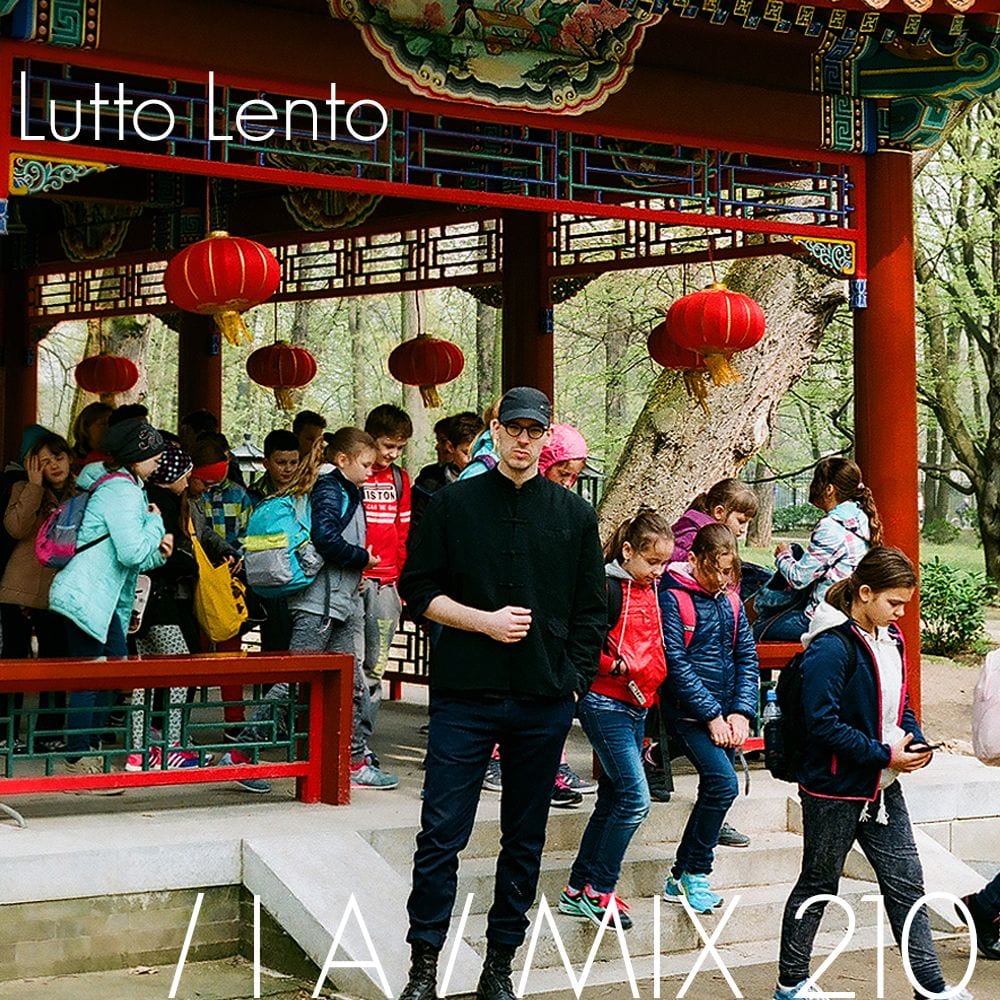 Within just a few years, Warsaw-based producer Lubomir Grzelak aka Lutto Lento has established himself as one of the most singular and innovative voices in underground electronic music. Crafting brindled mash-ups that tear apart aesthetic standards in a many-sided bazaar of upside-down rhythms, the Polish producer’s deconstructivist approach shows equal ease with basic shapes and more complex audio structures – as attested by his efforts for Drakeford’s FTD or Zambon’s Transatlantyk.

Outsourcing motley fragments of sound to tie them into a paradoxically cohesive bric-à-brac, fusing field-recordings with unwonted techno grooves via a musique concrète-friendly freedom of expression, his wide-spreading scope of influences blooms in full in that varicoloured mix he laid down for us. Lubomir also gently accepted to answer a few of our questions. Time to lock in! 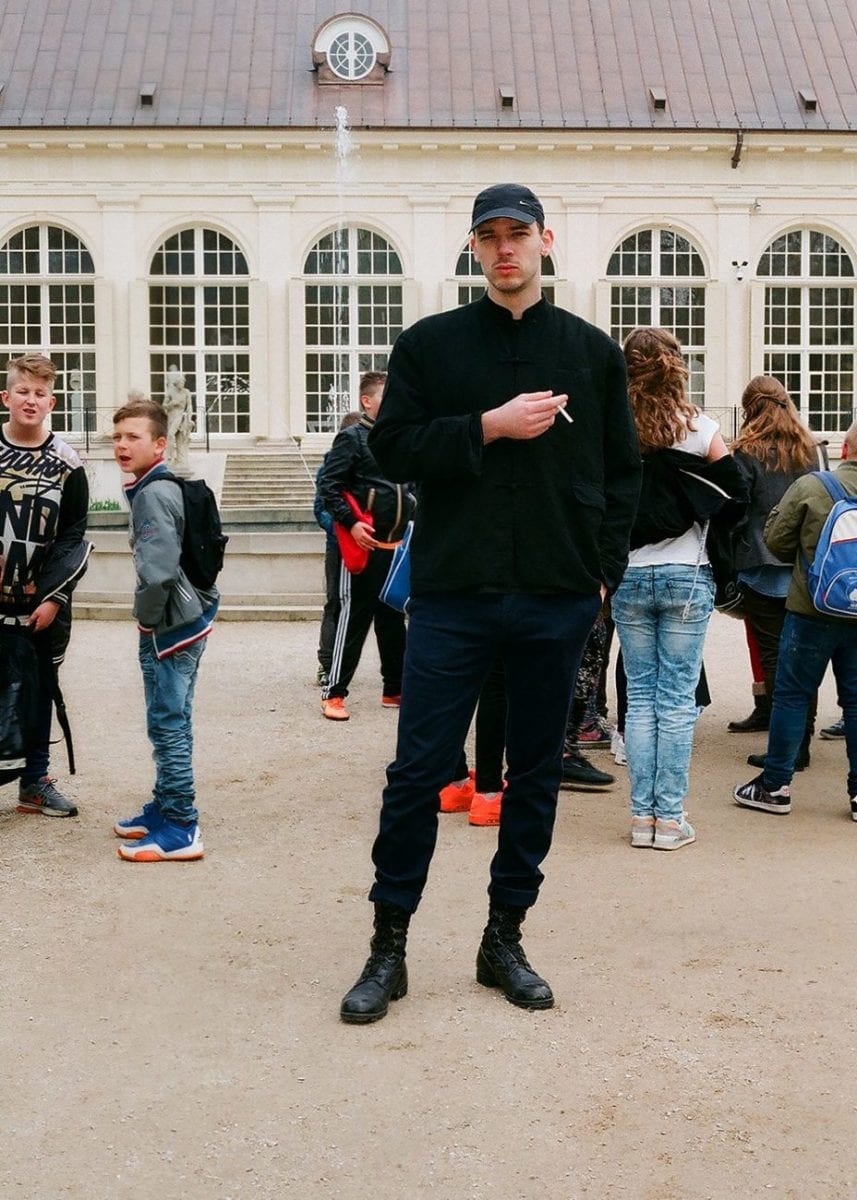 Hey man, thanks for the awesome mix! It’s a multidirectional mashup of tribal techno, tape-saturated house, free jazz digressions and weird vocal sampling. Pretty reflective of your tracks’ structures actually. How did you proceed?

Recently I’m very much into playing at parties having three turntables, so that I can narrate main structure and rhythm through two of them while putting spoken word/sound poetry and other non music records on the third one.

Your tracks often meld pop music samples with underground house and techno tropes. Is it something you’re interested in, the cultural clash?

It’s rather ‘melding’ itself which really interests me in art and music, especially when it’s surprising and fresh. I’m trying to meld different styles like avant-garde, contemporary, musique concrète, their ideas and heritage, krautrock-like sense of humour and other non music inspirations.

Chance and accidents are really important in my work, whether it’s cutting tape loops as you never really can predict the result or putting together different sounds and recordings which at first feel really far away from each other. 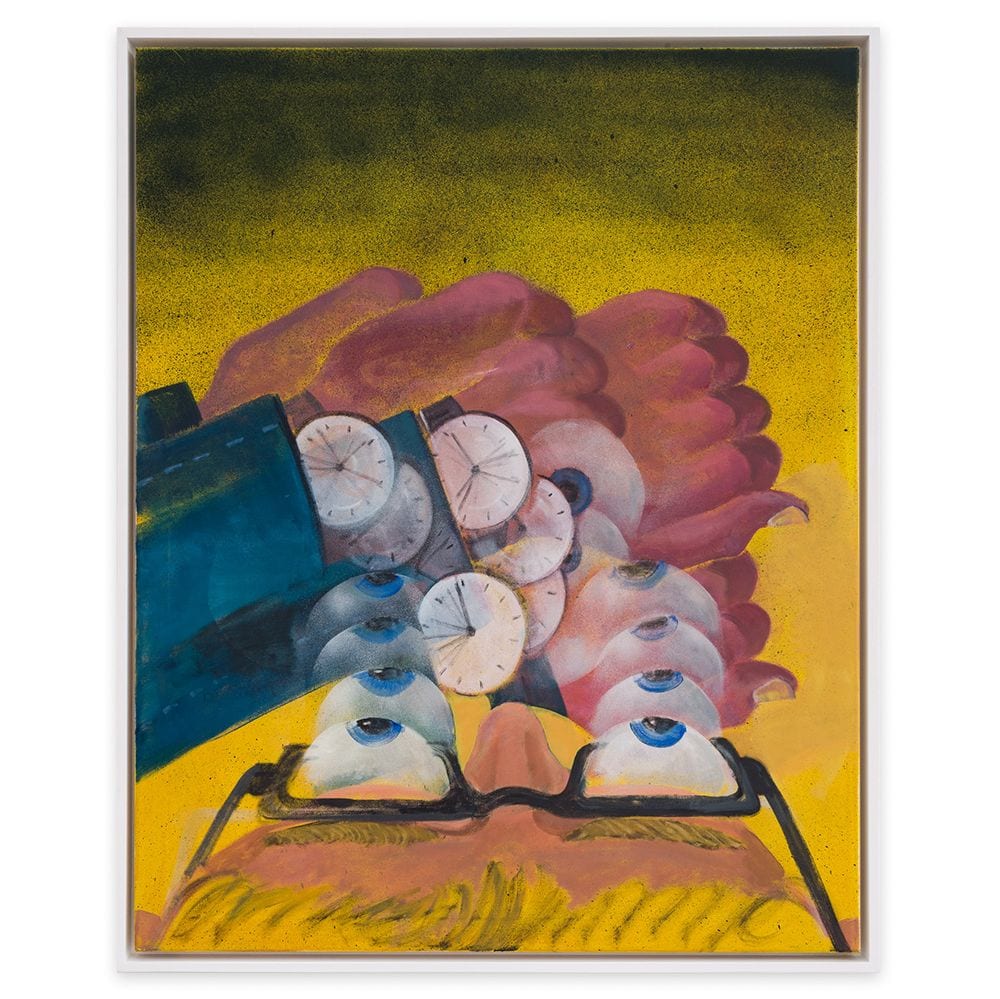 You’ve got a pair of releases coming via your imprint Dunno Recordings. What’s with these?

DUNNO is the label that I run with a friend of mine, music journalist Filip Lech. We do parties and try to focus on strange, awkward and unrepresented dance music, like the upcoming LP by Andrzej Nowak, early Polish computer music composer who never found proper place in official contemporary music world.

These are tracks from 1987-1994, weird harmonies and fake instruments make it a fascinating record. And there is a 7” of mine coming next on DUNNO too, the A side is a cheerful spa dance track, whilst the other one is bass plunderphonic noise. Filip told me that he feels sick when listening to that B side.

What’s your studio comprised of at the moment? What’s your favorite piece of gear?

I don’t have a permanent studio or live set up but in recent months I’ve been mainly working on synths like DS-8, DX7 or SY55, drum machines like DR-660, PR 6020, RY20 and definitely my favourite effects from BOSS mini rack series like RPS-10 pitch shifter/delay which can do really weird unpredictable things. And recently I’m really in love with Echolette E51. 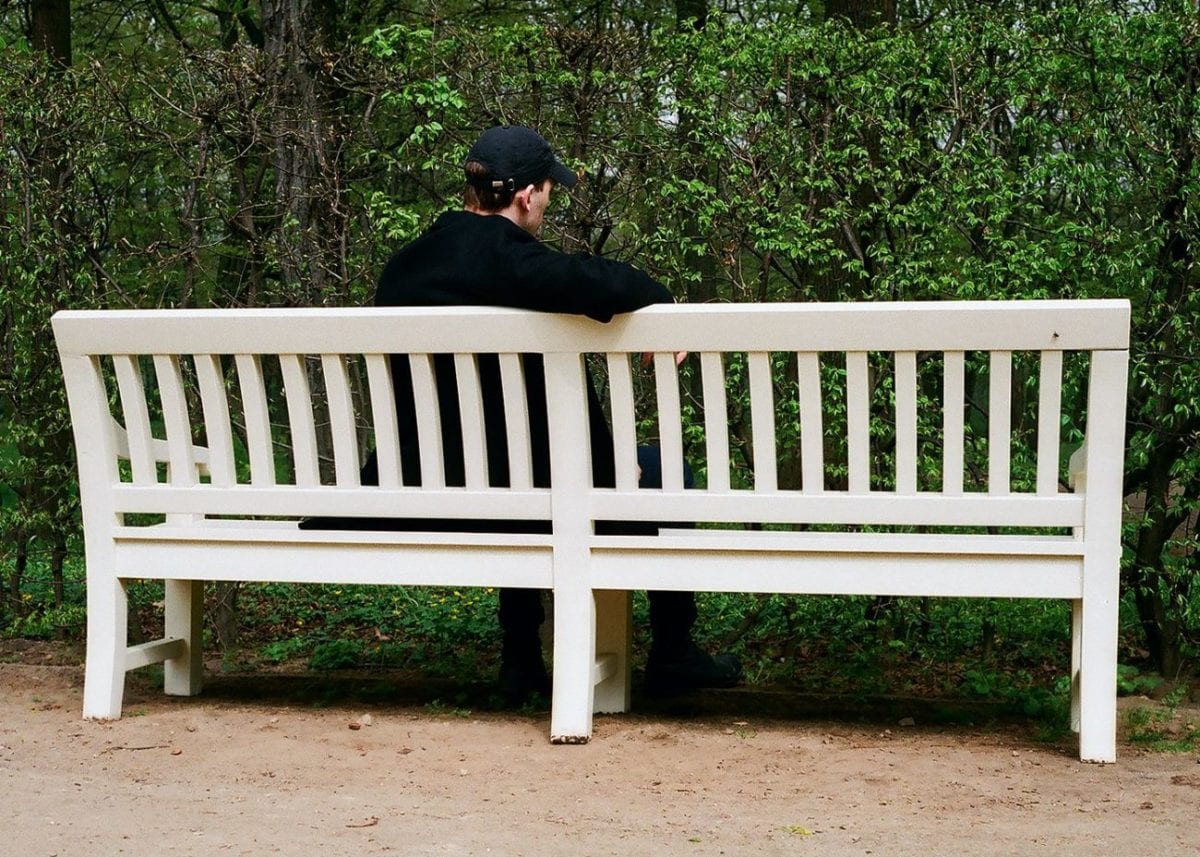 How do you usually build up your tracks? Do you have some kind of studio rituals or do you just follow your instinct and assemble your setup depending on the inspiration of the moment?

I love working on music when travelling, especially by train. Having a permanent setup and steps to follow while working on music is a bad thing for the results I’m looking for. My friend’s dad, Leszek Knaflewski who was a visual artist did a lot of drawings and one day he realised he’s doing it too good, so he just started drawing using his other hand. And it’s basically what I’m trying to do in my studio often, changing hands, the strategy and points of view.

Treating ingredients like puzzles that can be solved in many ways. Sometimes I do improv sessions on synths, drum machines, turntables, tapes and other stuff, record it and then cut parts and treat them like other samples. Records, tapes, YouTube, stuff I recorded on Zoom H6 or on my iPhone. Have you seen the ‘We Are Your Friends’ movie? Haha!

Your first releases all came out on tape format before Charles Drakeford compiled some of his favourite material of yours on a 12″ for the first time. How did you get to work together?

Charles found my Soundcloud profile and just wrote to me telling about his plans to start a label. I liked his approach and ideas and they still feel really close to mine. FTD002 by Niagara is definitely my favourite single of 2015 which I play really often at parties.

I heard you have a new record coming up on FTD soon. When is that dropping? Can you give us some details?

Yeah, should be out late Summer, I think the name is gonna be ‘Wild Wishes‘. Four tracks, one contains a sax impro by a friend of mine, which I recorded a year ago in a theatre in Krakow when working on a score for Shakespeare’s play, The Taming of The Shrew.

The whole EP is much more restrained and stripped-back compared to my previous work. So at first I was a bit worried because it’s not so adventurous but Charles convinced me to do it this way and now I think he’s right. 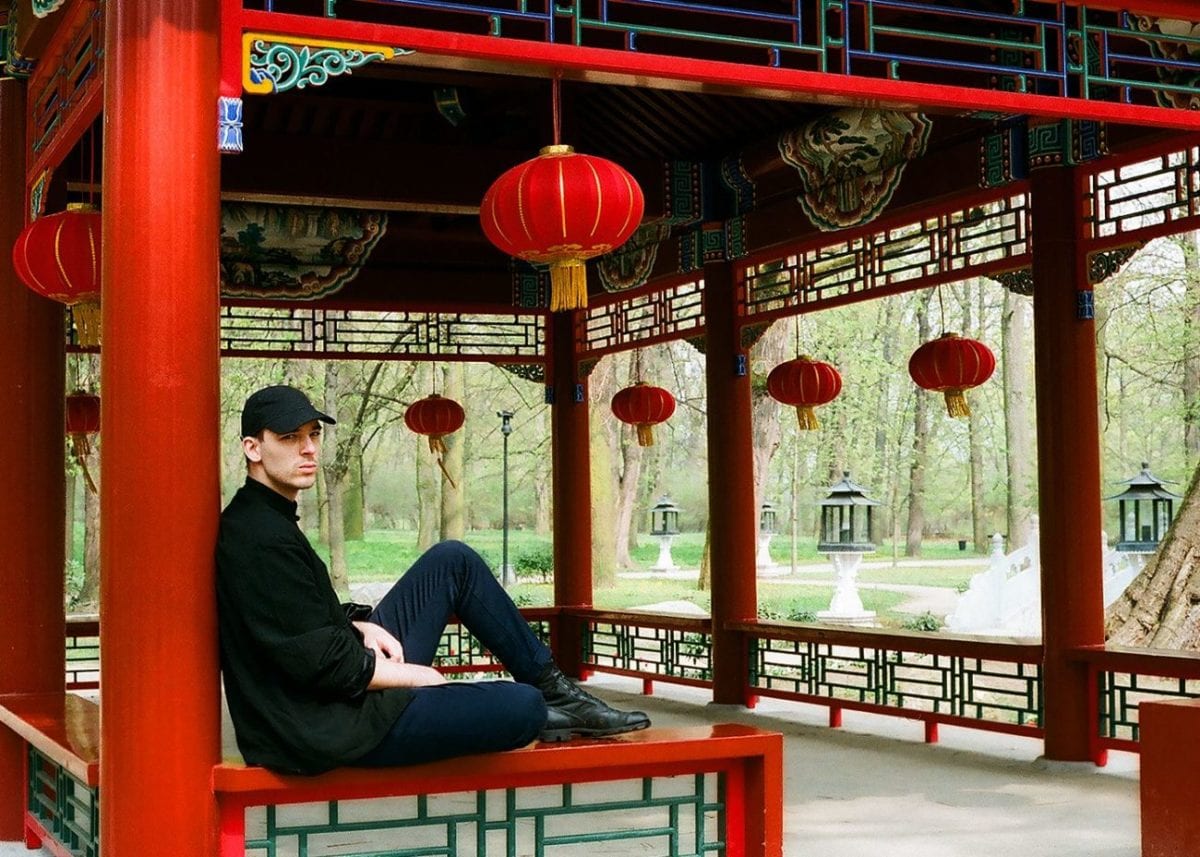 What’s the last record you’ve been rinsing as of late? Why so?

I finally bought Bernard Bonnier’s ‘Casse-tête‘ record from 1979. A bit of a forgotten Canadian artist, Pierre Henry’s studio assistant and truly a genius. That’s his one and only album, outstanding early collage live-drums dance music, which you can buy via Discogs straight from his son, and you better do this quick.

Over the last few months I’ve been listening to and looking for experimental and electronic acts coming from the black metal scene. Amazing stuff, often released only on limited edition cassettes, there are still labels that do that these days. Weird new-age and pagan ambient, soundtrack-like soundscapes or some strange spoken words.

You’re operating out of Warsaw which has a lot to offer music-wise. What are the key places to you? Where do you use to hang out?

Warsaw is a nice city to live in right now, much cheaper than London, not so chilled out as Berlin. There is SideOne, a great local record store where I spend my Thursdays, also some shops with second-hand stuff.

There are open-minded people doing well-curated series of parties in different places, like the famous Brutaz, which is a great record label now too. And there are wild swines, beavers and partridges as Warsaw is one of the wildest European capitals. 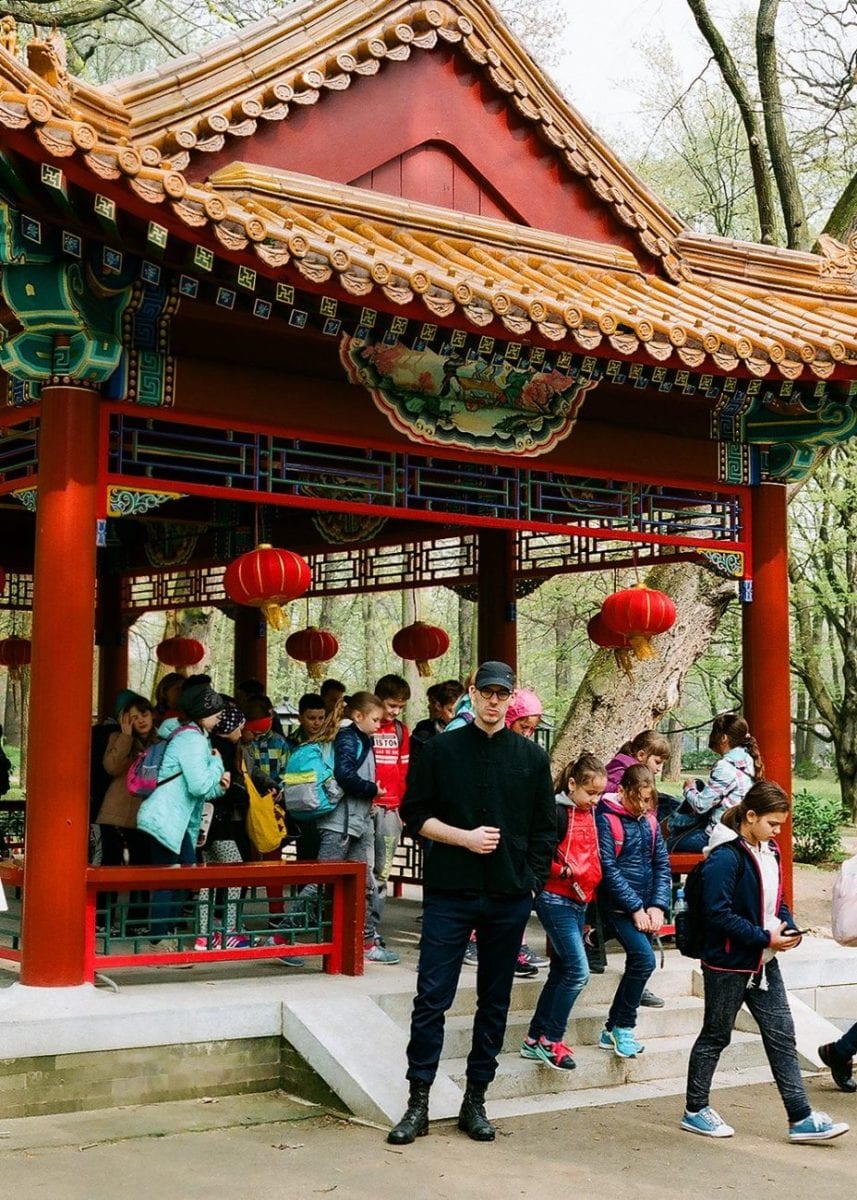 Ptaki, Selvy, Eltron John, Slg, Jacek Sienkiewicz, Naphta, yourself… the Polish scene brims with grade A artists. Which up-and-coming artists should we keep an eye on?

There is a great guy who definitely should be checked by more people, Kosel and his fresh RP label, distributed by Rubadub too. Raw and pro.

Shows, live and DJ, playing some special project at Modern Art Oxford and also Isle of Man which I’m really excited about. Composing for a few theatre plays and finishing soundtrack for All These Sleepless Nights movie by Michał Marczak. This 7” is out on DUNNO next month, later Wild Wishes EP on FTD and probably Dark Secret World LP by the end of year.