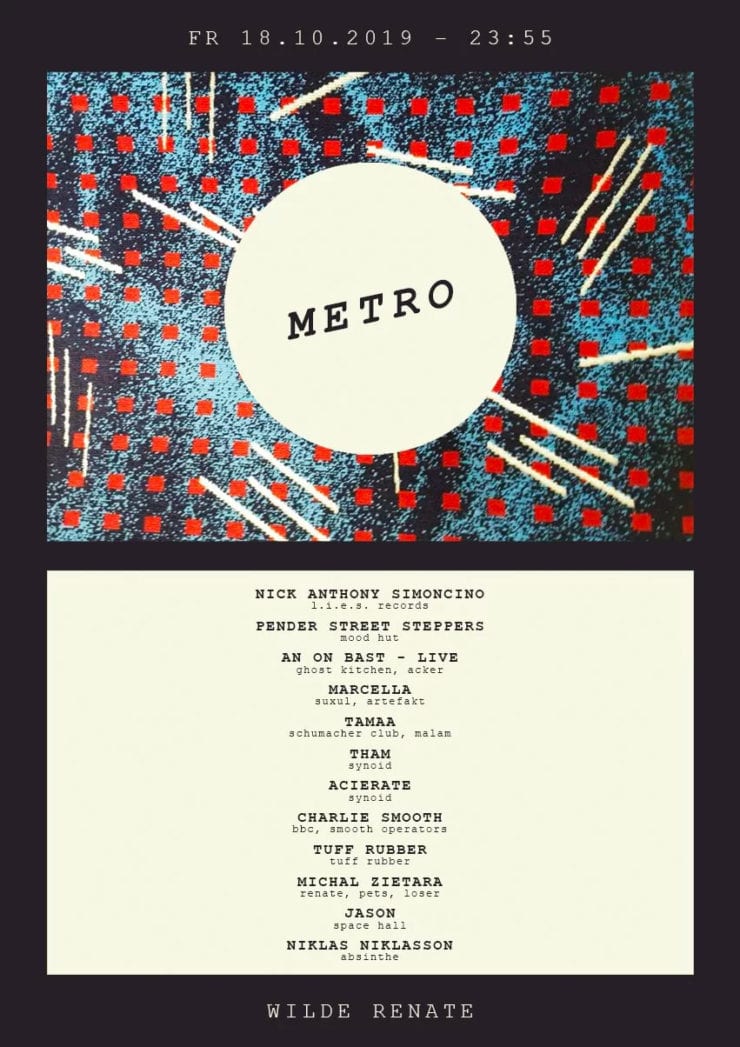 All set to beam sun-dazed vibes across the many rooms of Wilde Renate, Metro’s next edition on 18th October will mandate the reins of the club to a solid squad of groove merchants, headlined by Italian DJ and producer Nick Anthony Simoncino, Vancouver jazzed-up house cracks Pender Street Steppers and Polish act An on Bast, for a live performance that’ll bridge the gap betwixt techno and ambient.

A proud inheritor of the classic early Detroit-via-Chicago house and techno sound, Nick A. Simoncino has collated the kind of back catalogue few could ever fantasize assembling, including some key releases for the likes of L.I.E.S., Crème Org, UTTU, Skylax, Mathematics Recordings, Echovolt, Quintessentials and many more.

Founding members of the Canadian Riviera’s number one contingent of dancefloor vibists, Jack Jutson and Liam Butler, alias the mighty Pender Street Steppers, will be sure to stir Renate into the dream zone with their lavish blends of shimmering house, laid-back boogie and further afield post-discoid, body-shaking excursions.