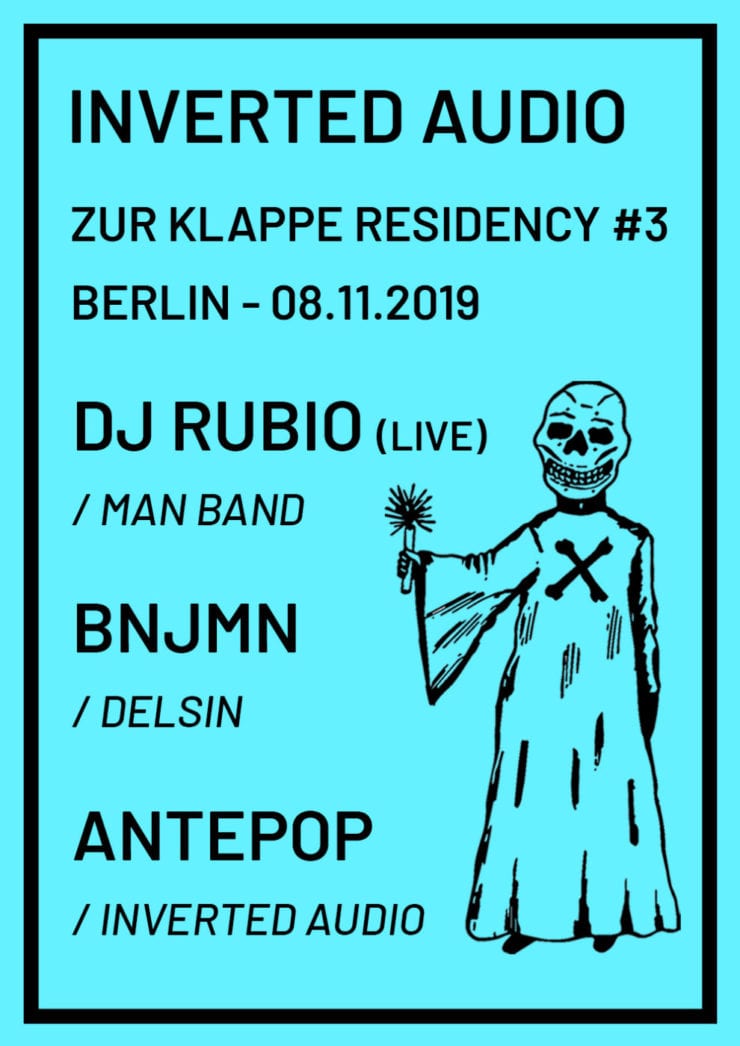 Following our September residency at Zur Klappe with Christopher Rau and Carsten Jost – we are proud to announce our third lineup taking place on 8 November, presenting a blistering live set from DJ Rubio and turntable support from Delsin stalwart BNJMN and Antepop.

Mysterious Helsinki based producer DJ Rubio lands in Berlin to present his first ever live set in the German capital, primed to stamp his unique sonic identity with a hair-raising techno workout, revellers should expect a vivid display of all things electronic. Listen back to a recording of his enthralling live set from Solstice Festival 2019.

BNJMN steps up next, bringing his deft and multi-faceted blend of techno to Zur Klappe. With albums released through Delsin, Rush Hour and his own imprint Tiercel, we are beyond excited to welcome him to the sweaty basement and hear what unreleased gems he has in his bag.

Antepop takes control of the final hours of the event. Having played a full-throttle techno set for Beau Wanzer in June, plus an equally dynamic set at our 10 Year Anniversary with Low Jack and Kassem Mosse and closing sets at Zur Klappe, there’s no limit to the scope of Antepop’s vivid selection.