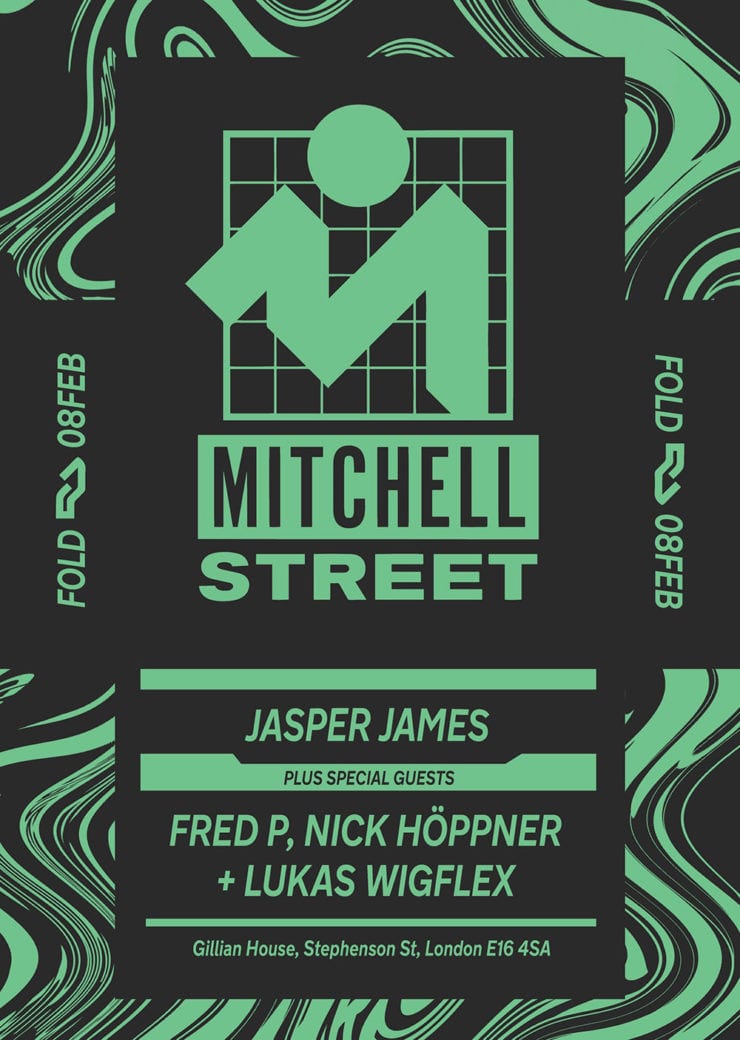 On Friday 8th February, Glasgow-born DJ and producer Jasper James heads down south to host a label showcase at London’s latest no-nonsense club FOLD for a night of house, techno and everything in-between.

Having established his own imprint Soul People Music in 2005, Fred P is associated with expertly crafted deep and driven house music that is sure to get the heads nodding and the feet shuffling. For a preview,  just take a listen to his stunning track “Black Magic“, released in 2011 via Mule Musiq.

Over the past decade Nick Höppner has proved his ability to produce and DJ all genre of music, from classic house to traditional Berghain techno, he’s no stranger to dance floors the world over.

Lukas Wigflex, the man behind Nottingham’s Wigflex club nights, closes out the lineup ensuring a sooth delivery of prog-rock solos, oddball bleeps and total techno annihilation all rolled into one.

Since you are reading this, we’re offering loyal readers 30% discount off the ticket price. Meaning more cash for you to fuel your night!