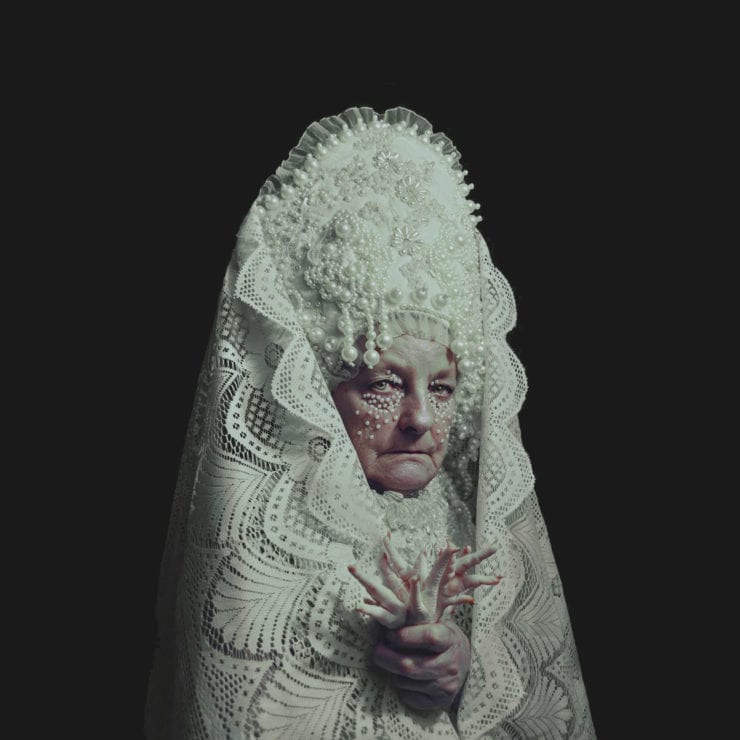 Chafik Chennouf straddles the increasingly familiar verticals of DJ, producer and label owner. Based in Amsterdam, he heads up the uncompromising Leyla Records. That word – uncompromising – is often applied with little context, so let us break that down for a second.

Leyla’s palette is that of high contrast monochrome – the blackest black and most searing whites – weaving between techno, drone, industrial and EBM. It is uncompromising through stoicism, never once tapping out when faced with a tangent into bleakness, discomfort and the visceral. This has crafted a unique identity, galvanised.

Chafik is also uncompromising in his approach to the digital world. Embraced in terms of music distribution and logistics, shunned in terms of the “every breath is a microblog” nature of the internet. While a byproduct of this is mystique, the reality is a greater certainty. More time to focus on immediate and future goals, less time dedicated to the hot take zinger of the day. An approach that we could all learn from in 2019. Of course, music paints a million words, so we took the opportunity to draft in Chafik to provide a mix to showcase his sound and share a rare selection of words below. 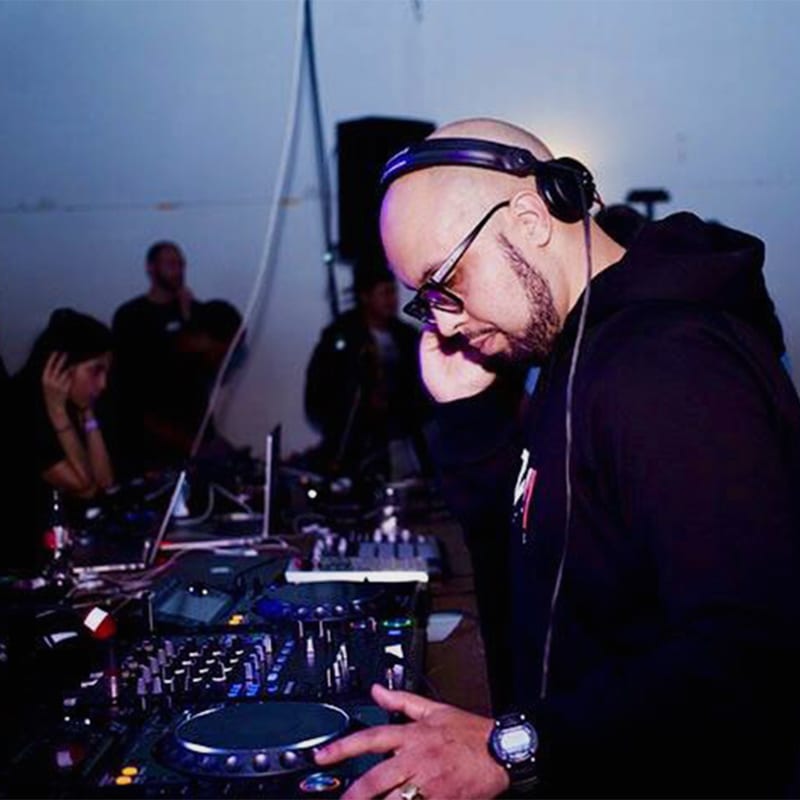 Hi, thanks for being on board for a mix. Can you tell us about how the mix was crafted, what was your selection process?

Thank you for hosting this mix, it was a pleasure. I always try to have at least two evenings in a week where I listen to new releases, promos of forthcoming releases and demos I get sent for Leyla. If I find something I like, I put it in a folder and create playlists that I put on during work or when I’m in the car.

I selected the tunes out of that folder and recorded it in Ableton on an evening during the heatwave we had last summer. At home I have a set-up with two Technics turntables, a Xone-92 mixer, an XDJ-R1, Ableton push and one CDJ – but I tend to record these types of mixes in Ableton because it just works for me. I’m not that caught up in the details of how I deliver the tunes, it takes away the emphasis from the music.

My take on this mix was to sit around the 120 BPM and go for records that could work in a sweaty basement. I tried to cover a couple of vibes; some colder and harsher techno bits mixed up with some EBM. There’s a Mr. Oizo track in there, some electro, and I also used one track of mine.

There is definitely an EBM angle to the mix. What has your relationship with the genre been like over the years?

I just like to dig for and discover new music or old music that I wasn’t aware of, whether it is hip-hop, electro, techno, EBM or whatever. The genre is irrelevant for me.

I started to collect vinyl in the early 2000’s and I started off with buying techno, my first record was a Jeff Mills one. From there on in it moved in all directions. I must say that I had a soft spot for stuff that was coming out of the UK. I was spending so many hours in the basement of Outland Records in the red light district of Amsterdam, good times.

In 2006 I recorded a mix for Makaton’s Livefeed-Transmission, an online podcast out of Birmingham. People like Surgeon, Regis, Oliver Ho and others have done podcasts there as well, where they showcased music that they weren’t known for. Music that they wont play in a club you could say. The mix I did back then had tunes from Liaisons Dangereuses, Nitzer Ebb, Ionic Vision mixed with other stuff ranging from Industrial by S.P.K. to AFX. I didn’t have the intention to play those tunes because they were EBM, I just played them because they sounded great to me.

Looking back at it now you could say that it had a big influence on me because EBM has exploded now and then in the records that I bought. I also have to say that I’m still discovering gems through labels like Dark Entries. For me it’s a natural progression of trying to incorporate different vibes and moods in my music collection. 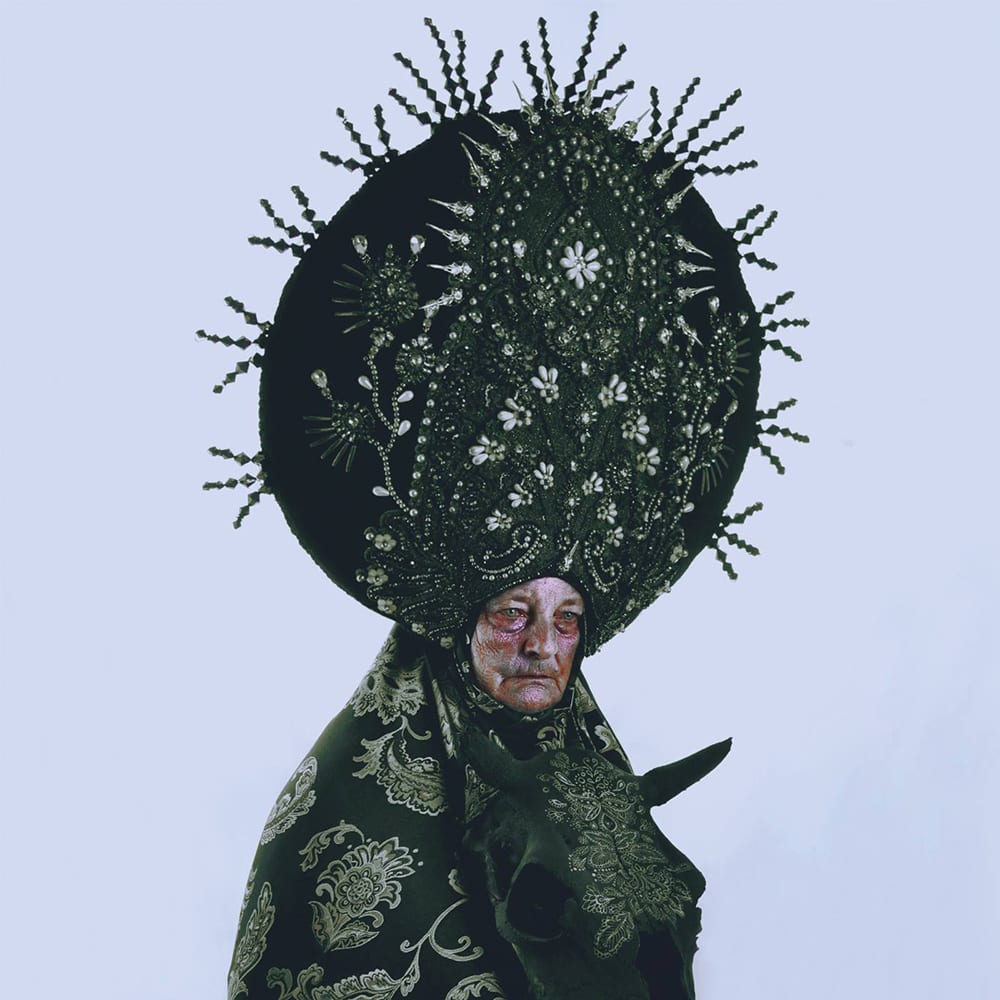 There appears to be a natural dovetailing between the modern techno and EBM scenes. What is your opinion on the current techno scene?

I like it! It used to be different. I remember warming up for The Advent somewhere in ’06/’07 and I was playing some broken stuff before I wanted to go for some 4 x 4 for the floor stuff. I was playing a Scorn track that night when this girl came up to me and requested minimal techno. I felt very disconnected with that audience that night. That was somewhat a turning point for me.

I think I was just bored and disappointed. I didn’t like the audiences, I didn’t like the releases, I didn’t like the raves – so I continued with playing more experimental and broken stuff and started a label in 2008 where I released stuff I liked at that moment, ranging from Jameszoo to UK Grime. I stayed in touch with some techno producers and friends out of the techno scene obviously. I did some cool things within the techno spectrum, like booking Inigo Kennedy for his debut show in The Netherlands or booking artists like Regis, Grovskopa, Rumenige & Loktibrada and Reeko in 2004 to 2006.

In 2015, I decided to start Leyla Records with a record from Manni Dee. I used to know him from 2010 or so when he sent me loads of hip-hop beats, throughout the years he also sent me the techno stuff he was working on which I really liked. So when I had the blueprint for Leyla, I wanted to inaugurate the label with an EP by him. The timing was just right to do so.

So, heading up Leyla Records, what is your philosophy for the label in terms of audio and imagery?

I try to break things open to keep it exciting and interesting for myself and hopefully for others as well. Sometimes I release something that’s techno and then I release something that stands far away from it, expanding it from the centre. I try to cover all the vibes and moods that tickle my imagination and inspire me. Basically, to me, everything is possible.

We got a lot of feedback during the three years that we were active. Based on that response, you could say that we developed our own sound that includes many other sounds. If I release something it should be able to go in a completely different direction than the previous release, this prevents boredom. Also all the emotions should be touched, whether it is frustration, anger or excitement. It might be tough because I think less people are used to listen to a wide range of music, but it’s still important for me to pursue this path.

When it comes to the artwork I find it cool to go for an aesthetic that’s a bit animistic or occult-like. For instance, the artwork for the first ten releases are based on an occult ritual that has its origin in Morocco. The artwork for the Unwitch series is based on Polish witchcraft, the actual model on those pictures is a real witch.

I also saw you’d commented on your time playing at Low End Theory, I wondered if you could expand on this.

I played LET three times as part of three little USA tours i did in 2012, 2014 and 2015. It’s a shame that they stopped. That crowd was something else, they came down to the Airliner in LA to check out the freshest stuff in a very intense way, eyes down and head-nodding. They had no VIP or green room; so you could bump into Flying Lotus or Thom Yorke and have a chat. Never felt a vibe like that in venue. 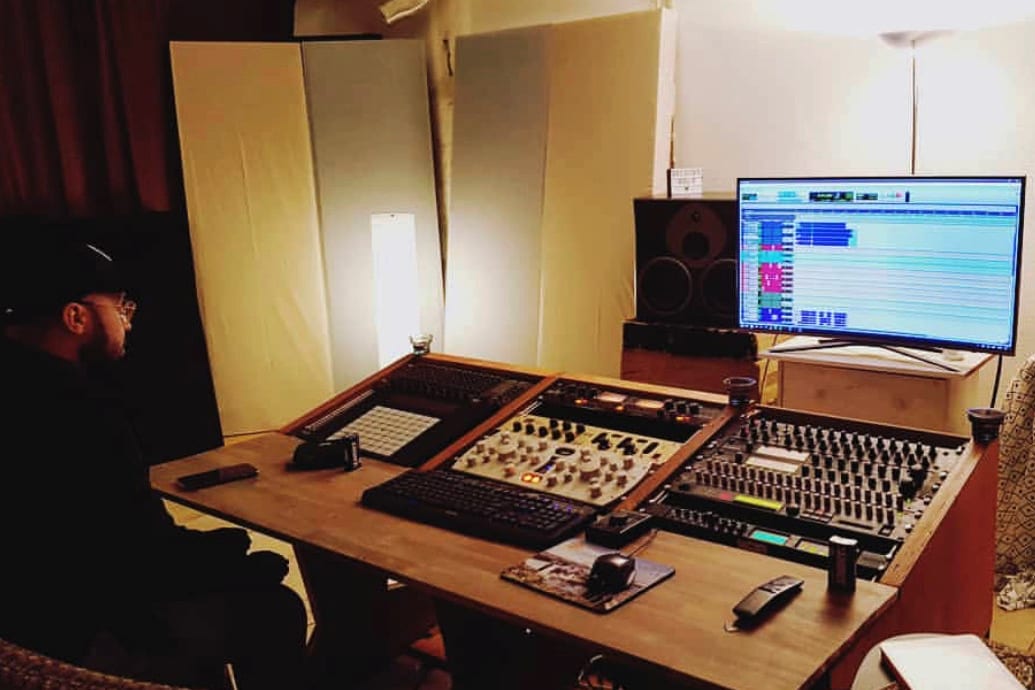 We premiered a track from ‘Unwitch – The First Session’ a few months ago. As part of the package, it was also released on cassette. What are your thoughts on the resurgent cassette scene?

I fully support that, I also released my own music on tape on Opal Tapes. It is a cool physical medium and it is nice to own, also the tape hiss is a cool sound. It’s also a bit of nostalgia; I used to buy and get tape-releases before getting into CDs. I also used to record a Hardcore radio show on tape when I was 12 and stick it in my Walkman when going to school. They would broadcast that show every Friday from 11pm to midnight on this local radio station where I grew up. My little brother and I would stay up and listen and record it on tape.

I noticed that it gives labels starting out an opportunity to get their music out on a physical medium without breaking the bank for a vinyl-release, which is a positive thing.

At the end of the day it is about the process of releasing music, whether it is vinyl, tape or even a digital only release. Being involved in every step, from the A&R, sorting the artwork, to mastering, cutting, pressing to getting it on the shelves and online is what’s the most fun part of it all. It is time consuming, but fulfilling for sure if you care about music.

I noted, as part of preparing for this Q&A, that you have maintained a relative low profile internet presence. This is, perhaps, in contradiction to the increasingly multi-channel, always online nature of the music industry. Has this been an intentional decision, or merely a co-incidence?

We all know that social media updates aren’t always authentic, I think it alternates your identity. The pressure of keeping up with all that online stuff is something I don’t want to deal with right now. I have a family, a full time job and this music thing going on – that’s enough for now if you ask me. I do post stuff now and then on Facebook or Instagram, the posts decreased in frequency over the years though.

There has been increasing commentary around the nature of DJs not ID-ing their secret weapons. In the spirit of sharing and teaching – what three undiscovered gems could you recommend for our users to check out?

Here are three tunes I enjoy lately. No dance floor crackers, just stuff I like: