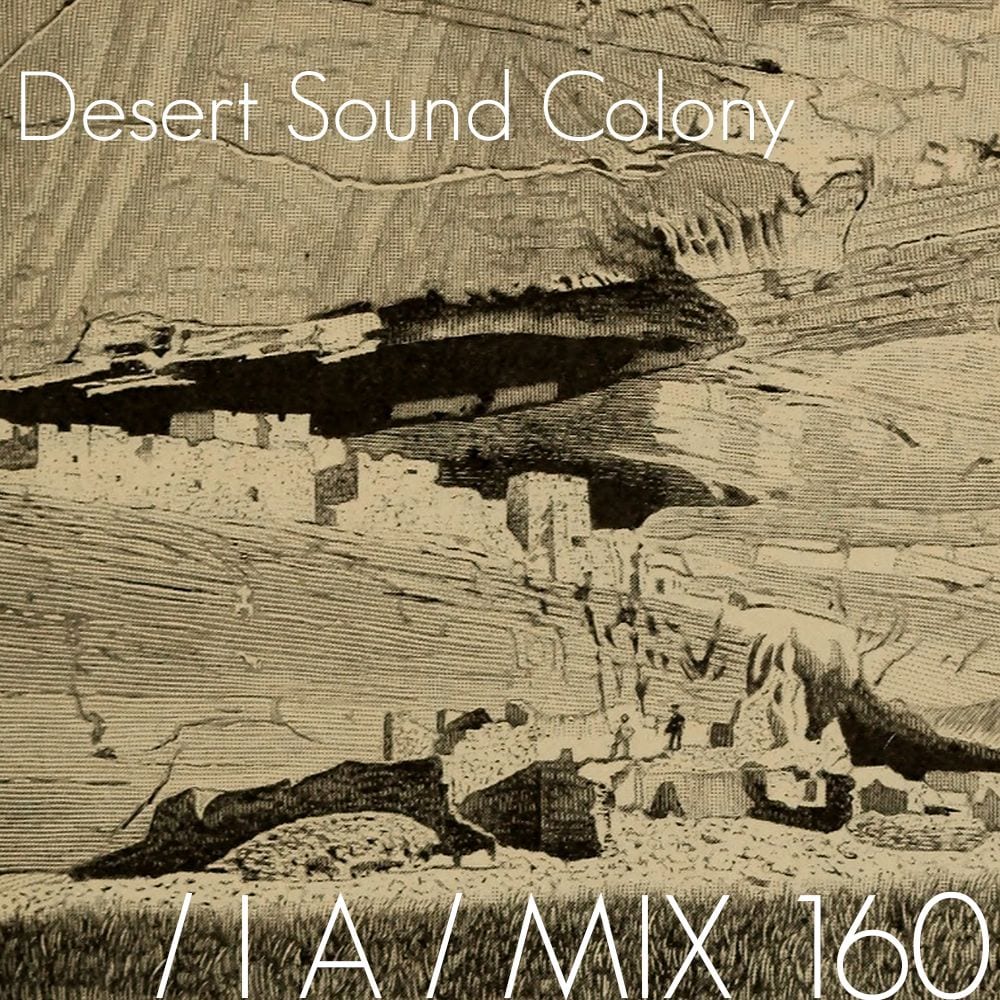 Desert Sound Colony is a producer born in Los Angeles and now resident of Leeds, UK. In November 2014 Liam released his debut extended player ‘The Way I Began EP‘ through the Brooklyn based record label Scissor & Thread, operated by Francis Harris and Anthony Collins. (Watch our film “Francis Harris: On Minute Of Sleep” on YouTube).

In this interview Desert Sound Colony reveals how he came to release through Scissor & Thread and discusses his current approach to creating music and what environment he writes in. His mix delivers a classic warm-up set, a fresh blend of music for the club and home.

How did you spend New Years and how’s 2015 treating you so far?

I spent New Years DJing in London at a friend’s party and then getting down to Techno in a dark room. The New Year has been great so far. Lots of songwriting and dinner parties.

Tell us about the mix you’re recorded for Inverted Audio. Is there a particular theme for the mix, certain tracks you’re particularly happy for including and how was it recorded?

I wanted the mix to have a blend of music for the club and home, but when it comes down to it I simply picked a group of tracks that I love and didn’t worry too much about a theme.

Highlights for me would have to be Talk Talk – The Rainbow and Bush Tetras – You Can’t Be Funky. If I was going to be in another band then I would want them to sound a lot like Bush Tetras for sure!

There’s not much information about you on the web, so in true Cilla Black style what’s your name and where do you come from?

My name is Liam and I was born in Los Angeles, USA.

In November 2014 you released a 4 track EP on the Brooklyn based Scissor & Thread imprint. Tell me about the process of you coming to release “The Way / Began EP” through Francis Harris’s label.

As I was writing the initial music I realised that I couldn’t think of almost any labels that would suit it. It seemed to be stuck right in the middle of Indie and Dance music but was also extremely slow paced. In the end Scissor and Thread were the only label that I sent any music too and much to my happiness they were into the project.

How do you feel your music fits alongside the rest of the labels output and will you be releasing more music through the imprint?

Snugly I would say. It’s probably a little bit more pop influenced than most of the other releases but ultimately it’s a great fit.

There is going to be a lot more music coming on the label this year, starting with a second EP that is finished and will be coming out in the next few months.

What’s your musical background; can you list your all time top tracks or albums?

Very varied to say the least. My parents have great taste in music so I grew up listening to everything from Joni Mitchell to Jill Scott to Orbital. In my teens I was heavily into Progressive Black and Death Metal and only really got into Electronic music when I was 18. I always struggle with lists like this but off the top of my head:

How do you go about discovering new music?

Good old fashioned record shops or through friends with better taste than me.

Tokyo Gastronomy Strawberry. It’s just not gonna get any better than watching someone cook a bunch of strawberries in what seems to be a science lab for 10 minutes.

Super basic. Almost all of the music is recorded audio so it’s just a mic, DI, guitar, bass, keyboard and a bunch of weird percussion to hit.

Do you have a particular process you follow when writing tracks?

Just try and let the music write itself. I would probably start by writing the drum track but other than that there isn’t really a distinct process

What’s your view on the state of UK based electronic music and clubbing?

I think both are extremely strong at the moment. It’s sometimes a little hard to find great clubs in London and the closure of Plastic People is a big blow but that being said, new spaces are always being opened and Corsica Studios continues to be outstanding week after week.

The North of England will always be close to my heart when it comes to clubbing and Leeds in particular. Nights like DMZ and Cosmic Slop and clubs like Mint Club and The Wire continue to push boundaries and I always look forward to returning.

As for the music itself, cities like Bristol, Leeds and Manchester continue to breed ingenuity in the same way that they always have done. There’s a lot to be excited about for sure.

What’s next for Desert Sound Colony?

I have been rehearsing with the band for the last four months and we are very nearly ready to start playing some shows. The second and third EP coming this year and some collaborations are on the cards as well.