Having cut her teeth playing before some of the hottest and most knowledgeable dance floors across the South American continent, Chilean-born Argentina-based deejay Diamin undeniably counts as one of the region’s brightest prospects. Raised to the sound of ’80s synth music, she was soon drawn into the world of club-oriented electronics and its distinctive lifestyle.

Right in the middle of her second European tour, Diamin stopped by to treat us with one of her trademark pulsating mixes, deftly navigating the off-piste trails of techno, house and further introspectively immersive strains of dance music. Log off from the faux-organic, ad-filled purgatorio and tune in to a world of pure-minded sound exploration. 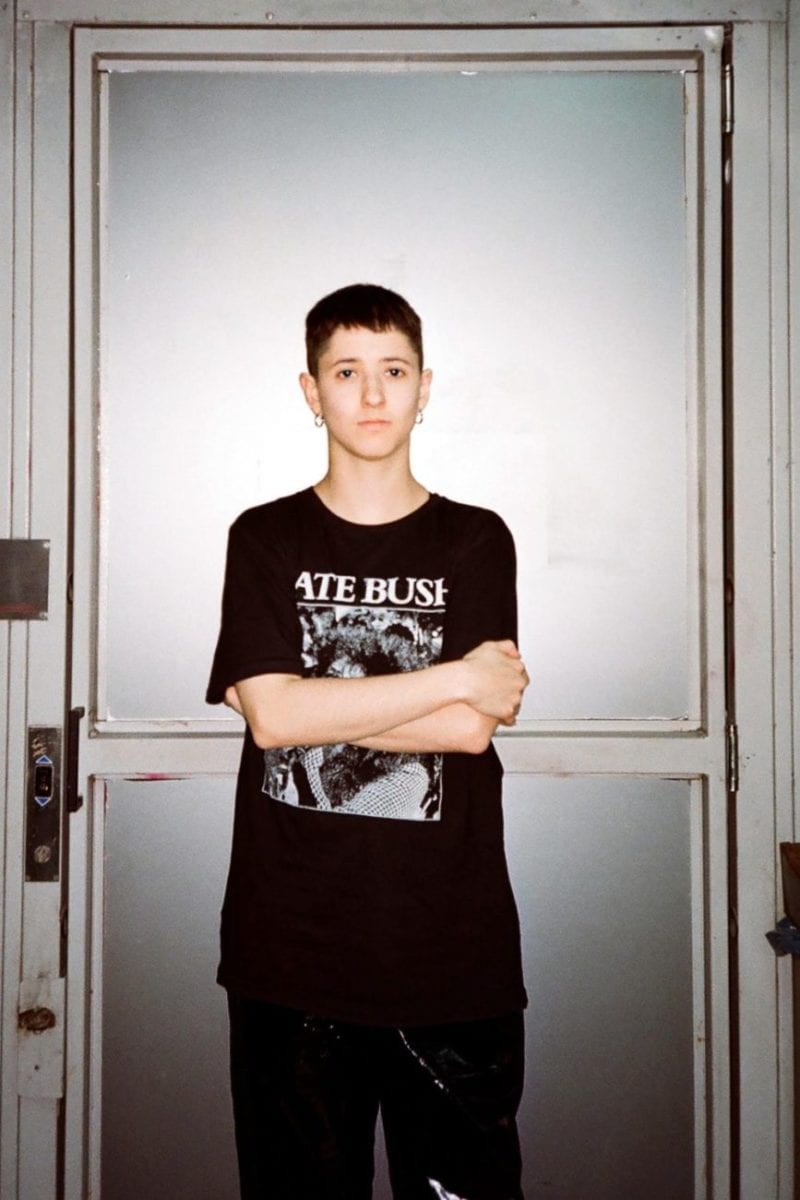 Hi Diamin, thanks for that pulsating treat of a mix. Please, tell us more about it. When and how was it recorded?

This mix was recorded during the first days of December 2019 at a friend’s house with two Pioneer CDJs 350 and a Pioneer DJM-250 mixer. But before that I ripped most tracks at my house.

To those who may not be familiar with your name and work yet, could you please introduce yourself?

Well, it’s not easy to speak about yourself… I was born in Chile, but I’ve been living in Buenos Aires since 2011. I consider myself a music collector, but I spend more time studying, trying to finish my career (not related to music). I feel a bit of a nerd and exigent myself. I live two lives in parallel, one during the day and the other at night, so I don’t get to sleep enough.

You’re about to tour Europe for the first time within the next few weeks, including dates in Germany, the Netherlands, France and Spain. How do you feel ahead of that challenge?

Actually, this will be my second tour there, as last year I played in Europe as well. But it still is a challenge, of course, because it’s really different playing out of South America. Here the parties are shorter, but super intense (I love the intensity). That’s why each DJ only has 2 hours to perform, it’s like throwing out all your things in accelerated motion.

European sets are longer, nobody is hurrying you up. And technically everything works perfect, monitor, equipment. Even in a small bar you have the basic things for doing your work properly. But so far my favourite thing about touring is discovering as many record stores as I can!

How did you come to electronic music in the first place?

My first experience was going to trance raves. Chile has always had a strong relation with psychedelic and beautiful landscapes, perfect for both camping and raving. But over time, as I was learning more about club culture I recall listening to New Wave and Synth Pop when I first delved in the LGBT scene. However, back then I didn’t recognise that as electronic music.

What prompted you to start DJing?

When I moved to Buenos Aires I brought with me my grandfather’s turntable. I started buying my favourite records on vinyl (I was born in the iPod era) and I met a guy who ran an online record store. I really am a fan of the first releases of OMD and that’s what he had the most. He felt surprised about my age and my search for the vintage, so he invited me to work there, not for money but for the records. It was perfect! I took the leap from LP to maxis, and once I started collecting maxis DJing became the next step to follow.

Which artists do you particularly look up to?

I don’t know, maybe because they define a sound search to which I can identify. Timeless, nostalgic but hypnotic scenarios.

Do you also happen to produce music yourself?

No, I’m not a producer, only a DJ. At the moment I’m not contemplating that idea. I just don’t have that much free time. Also I don’t like computers or software too much, and hardware is really expensive. Anyway, maybe those are just excuses… I don’t know. 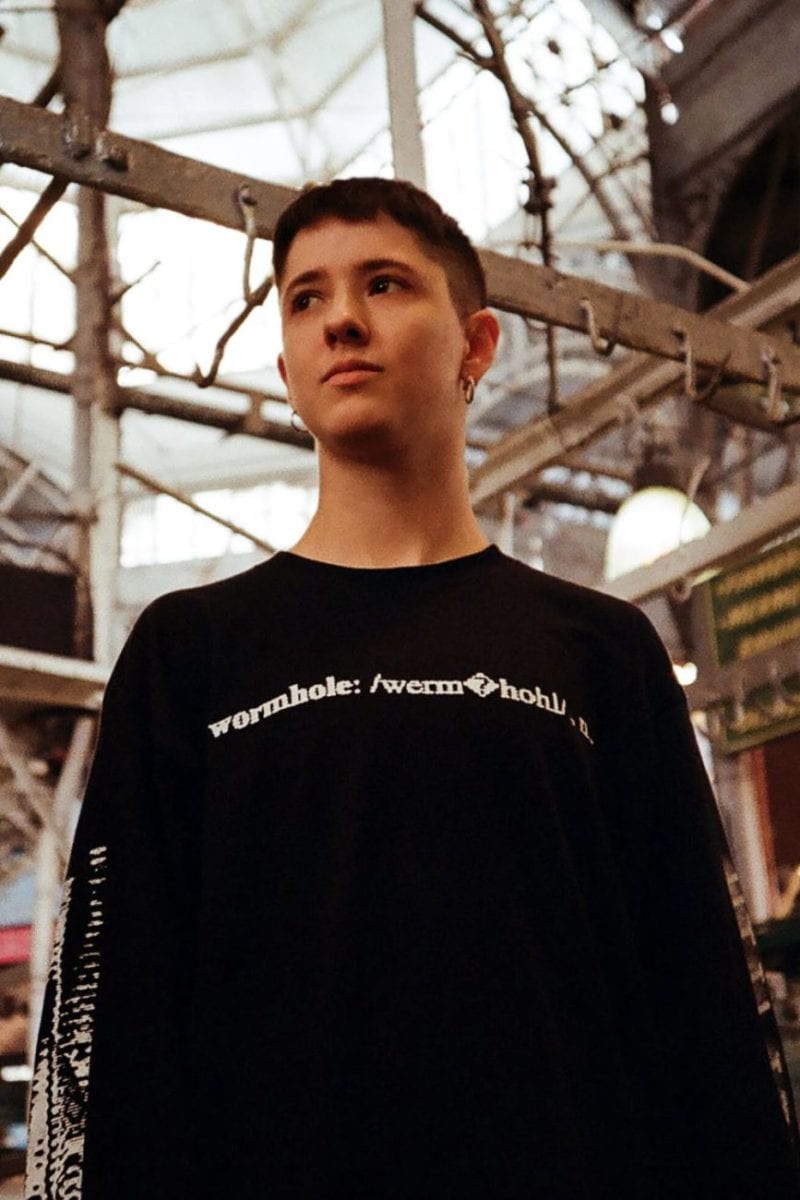 Your biography presents you as an Environmental Sciences student and a Biology enthusiast. What is your reaction looking at the ongoing situation regarding climate change and other environmental issues?

I think the big problem here is believing that Humans as a species can be eternal. Most of the problems that are breaking the environmental balance are of course sped up by us, but at the same time we forget that massive extinctions have happened several times in the history of Earth. The problem is that rate or loss of diversity and ecosystem is increasing all the time, and is bigger than rates expected without anthropogenic disturbances.

Why we must insist on putting humans on top of everything? Despite being the most dependent species, and the youngest in evolution?

The world is changing, we need to change our perception about our role and position in the ecosystem. We are not the most evolved if we are not capable of inverting this crisis. Stopping this increasing destruction of the Earth as we know it only can change if other types of lives and resources are valued for what they are and not just because of the way we use them.

The political situation in Chile is very complicated at the moment. Living in Argentina yourself, how do you experience/relate to the country’s current social reality?

The political situation in Chile has been complicated for far longer than I have lived so far. As a Chilean expat, seeing the last months and its lot of protests in the streets unfold made me feel frustrated for not being there, resisting with my people.

Because this is not a war, they’re resisting Police violence and abandonment from the state. It is the frustration and sadness born out of that violence applied on citizens, but at the same time I also feel extremely proud of this uprise, of people raising their voices against the lies politicians try to sell.

Economics index about development doesn’t matter if it only benefits 1% of the population. Chile and the rest of Latin America are pissed off with being constantly stolen from.

Do you believe music has the power to redefine/rewrite that reality? Or is it bound to remain a source of escapism rather than a vector of change?

I think music alone cannot do so much for changing that situation if it is not connected with other areas of society. I think art can be sometimes disengaged from reality if working in an isolated way. I believe music and musicians can make a contribution to change our paradigm if they do an interdisciplinary work and create communities of action.

Think, work, learn and teach with the most diverse people, so we are connected. We need to understand each other if we are expecting to do something that helps.

What was the last record store you visited and what did you buy there?

I think it was Cactus Records, in downtown Buenos Aires. As with most record stores, they don’t specialise in electronic music for clubs. But you can always find cheap and weird stuff gathering dust. I bought three records there: Carlos Perón ‘The Spanish Fly‘ (1989), Device ‘What Is Sadness‘ (1991) and Confession ‘I Found My Love‘ (1992).

Having free time, spending time with my friends and family, or chilling at my house with my girlfriend and our cat. Finding cheap records.

Finishing my degree career so I can dedicate full time to music for at least a while.