Mutant Joe keeps us guessing with an hour of hard, fast and freaky beats. Call me old fashioned if you will, but I like my mixes to be exactly that: mixed. An artfully crafted wander through similarly-paced genres is nice and all, but isn’t the journey a bit more fun when you’ve got no idea what’s lurking around the corner?

It seems that Mutant Joe is of the same mindset. His IA MIX rips through the notion that a cohesive narrative has to come from similar textures or tempos. In Joe’s house, acid techno and riotous electro are just as welcome as clanking, doom-laced hip-hop; jungle slides into weirdo Baile funk or lascivious ghetto house with the kind of casual, slightly seedy air you might find at a particularly upbeat swingers party – keys in the bowl y’all!

Anyone who enjoyed scouring the murky depths of his ‘Home Invasion Anthems‘ tape from last year – one of our Best Albums of 2019 – will find plenty to like here. And for anyone yet to experience the hybrid Mutant Joe sound, hop aboard for the perfect introduction. 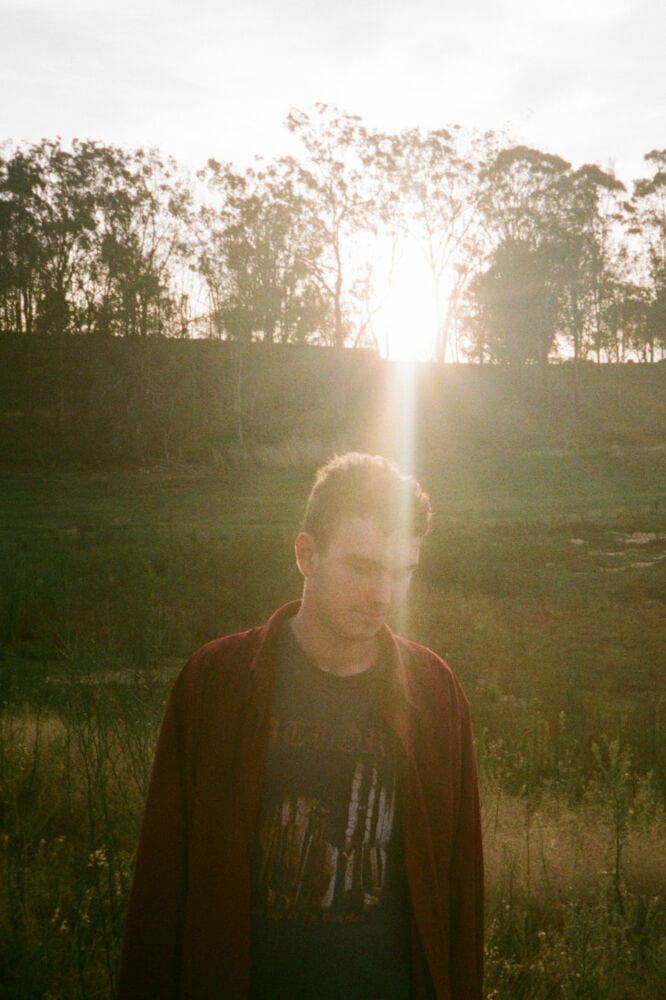 Hey Joe, firstly big thanks for recording this mix for us – please tell us more about it, where and how it was recorded, the track selection and what atmosphere you wanted to create.

This mix was recorded in my bedroom one night using my simple DJ controller setup connected to my laptop and speakers. I’m still kind of new to mixing and definitely prioritise a diverse and unexpected track selection over clean and consistent mixing.

In doing this, I jumped around a lot of different genres and influences in this mix, starting with some unreleased dance music I produced to some underground electro and even some of my favourite new Baile funk and trap.

I’m not entirely sure if there’s a specific atmosphere to the whole mix, but there’s definitely a theme of harder hitting and unexpected track selection. I think it’s important to mix it up these days with DJ’ing and introduce people to potentially unheard genres, even if it takes away from consistency. By doing this I hope we can also begin to explore and bridge the gap between dance music and hip-hop.

You’re based out of Brisbane, Australia – tell us about your musical upbringing there – who got you interested in music and how do you go about consuming and discovering new music?

I strongly believe that in this day and age your physical location doesn’t really dictate much of your musical upbringing. Most of us are fortunate enough to have access to basically all media so it’s really up to how you use and navigate the internet which dictates what music you find and consume.

From a pretty young age I’ve dug deep into various parts of the internet to find new music and in doing so, gone through countless musical phases, from post-punk to black metal to underground rap to Chicago footwork. For this reason, being in Brisbane didn’t really play a role in how I consumed media and I would definitely credit the internet for my musical upbringing.

It would be pretty difficult to touch on all the artists, labels and releases that influenced me in significant ways, but I’ll touch on a couple that were pivotal for me. The one album that actually pushed me to start production was ‘Third Side of Tape’ by rapper/producer Lil Ugly Mane.

When I first came across the release on Bandcamp and heard the first two tracks going from weird experimental boom-bap beats to industrial and harsh noise, I was hooked. I think the initial reaction from the album imprinted on me creatively, really pushing me to stay as sonically diverse as possible.

Some other releases that peaked my curiosity include SD Laika’s ‘That’s Harakiri’, JAK3’s ‘Life Path Number 11’ and Burial’s ‘Untrue’, just to name a few.

When did you first coin your production alias ‘Mutant Joe’ – what’s the story behind it?

I thought of the name Mutant Joe whilst reading an article about ‘Third Side of Tape’, where the reviewer described the tape as sounding like it was made by a disfigured creature locked in a basement with only grimy production hardware. ‘Mutant Joe’ was just a name I gave to that creature and I found it memorable and fitting.

When did you start experimenting and producing music?

When I was about 15 I stumbled upon underground trap and was compelled to start making beats with FL Studio 11. It started by just messing around and making chaotic harsh noise and doing straight sound experimentation but I slowly forced myself to learn beat making and actually produce something coherent.

It took a long time to actually make anything decent and the first couple of years were almost entirely indulgent sound experimentation. Only in the last year or two have I attempted to hone in my production to something more coherent and fleshed out.

2019 marked the release of your first cohesive body of work ‘Home Invasion Anthems’ via Natural Sciences, which we included in our Best Albums of 2019 – it sounded completely different to what we’d normally listen to and we caught ourselves listening back to it again and again. How did you go about producing this release?

‘Home Invasion Anthems‘ is a collection of tracks made with various collaborators over about a year and a half. I had been producing darker, grittier trap beats for quite a few rappers in the US and UK, and began collecting tracks which fit in cohesive project.

At the beginning of 2019 I had a decent skeleton for a release and began filling in the gaps by producing remixes and reworks of older tracks to fit the sound. Over the next couple of months I did countless reworks and structures of the album until it got to a point where I believed it was coherent and fleshed out. Even now I worry about it still being a bit all over the place, but I think that works to its advantage. 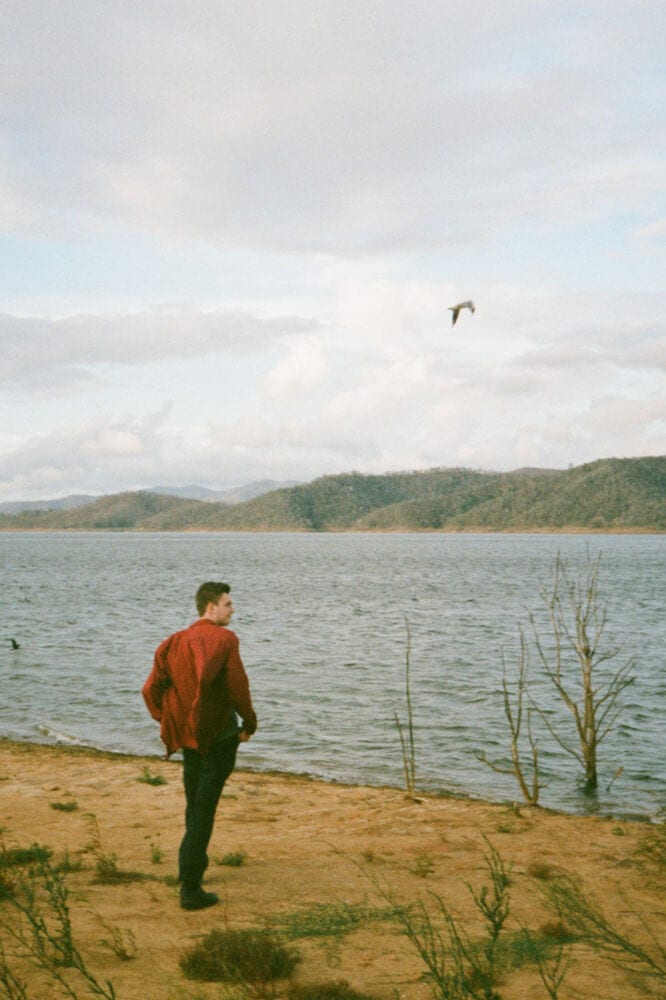 Since Natural Sciences is based out of Manchester, England, how did you get involved with Alex and the label?

I had seen some of my collaborator’s releases on the label and hit him up to ask about releasing ‘Home Invasion Anthems‘. He seemed to really like what he heard so we began going back and forth, slowly improving the tape. This is another example of how geography plays very little role in your opportunity to find and release music.

Do record shops in Brisbane stock records from Natural Sciences or do you have a strictly online relationship with the imprint?

I haven’t checked many record stores in Brisbane if I’m honest, but I doubt any Natural Sciences record have hit the shelves here. At the moment I have a strictly online relationship with how I release music.

Production wise ‘Home Invasion Anthems’ is exceptionally raw, lo-fi and overdriven – speaker tearing sonics. What determined your decision to maintain this raw and gritty quality – not veering towards a more polished and crystalline sound?

I’ve always been drawn to heavier and more lo-fi production and have for the most part gone in that sonic direction. Grittier and darker textures resonate with me the most and I’ve always wanted more of those elements in underground rap and electronic music. For that reason I focused on producing the rawest tracks I could for the album.

‘Home Invasion Anthems’ features many rappers and lyricists – tell us about these contributors and how you went about recording and working with them on the release?

Almost everyone on the tape has been a collaborator of mine for a while now. Being an internet producer and forming good creative relationships with people online is a fairly difficult process of reaching out, sending a lot of beats, good communication and persistence. It would take a long time to talk about everyone involved in the release so I’ll just say that I’m hugely thankful for everything everyone did and that I wouldn’t have been able to create the album without them.

Some personal highlights from ‘Home Invasion Anthems’ include ‘AK47’, ‘My Hip’, ‘Rock’, ‘Knick Knack’ and ‘Berlin Knights’ – what’s the story behind the latter?

I can’t say there is any significant story behind ‘Berlin Knights’. Onoe had sent me that track a long while back and I loved how weird and atmospheric it sounded. I was also just keen to have at least one boom-bap track on the album as a change of pace and off kilter conclusion. Onoe Caponoe is incredible it spitting unique flows over beats no one else touches and I think this track is just a great example of that.

Australia is in the midst of monumental wildfires – tell us about your experience of the fires and the response from the government and of the people about the situation.

It’s absolutely heartbreaking to see what’s happening in Australia at the moment. I’m fortunate enough to be living in a state that isn’t as badly effected as others but I still see the effects in things like the air quality and weather. The lack of action from the government is infuriating and disheartening to say the least, but it’s great to see people come together over these issues and protest for some actual change in policy.

Do you plan on staying in Australia or venturing elsewhere in the world to pursue music?

I definitely love living in Brisbane for its slower pace and nice weather, but am keen to move to somewhere like Europe or the USA. It would definitely be helpful to live closer to collaborators and to be able to create more music with people in the studio. I’m hoping to do some shows overseas later this year which should be exciting.

You are set to release a new four-track extended player ‘Operation Chaos’ through Natural Sciences, your first ever release on vinyl (about time!) – featuring a reworked version of ‘Knick Knack’ featuring Yvncc – what else do you have lined up for 2020?

I’m super hyped to have released my second project ‘Operation Chaos’ off the back of ‘Home Invasion Anthems’, as it opens up new sonic direction I hope to go in.

Over the last 6 months I’ve began to really get more into club music and intend to release some records in this direction. I still however will be maintaining my roots in underground hip-hop and I’m even beginning work on a spiritual successor to ‘Home Invasion Anthems‘. Overall, I’m very excited for music in 2020 and further into this decade.